To craft items you need to have certain items in your inventory that you can gather from the world either by chopping down trees or looting buildings. We have added new requirements for crafting an item – player level and workbench. There is now a workbench icon along with other info about an item in the crafting section. Items that require workbench are much better than those that do not require one. Here is an example for current weapons that are in the game right at this point.

I continued the work on randomized human characters – I added movement animations, so they can walk around, run and handle a basic tool and a weapon for now, but that will be expanded later. I also added some new outfit pieces and separated the outfits into individual files, since that is how we will be adding more outfits, weapons and animations later on when we add other factions or expand the pool of different outfits for the farmers faction.

They will mostly be peaceful and go about their chores unless you attack them, in which case they will try to run away or defend themselves if they are armed. Some of them will have quests, so the player will be able to interact with them and some settlements will have a dedicated merchant character, which will allow players to trade with the villages they find. 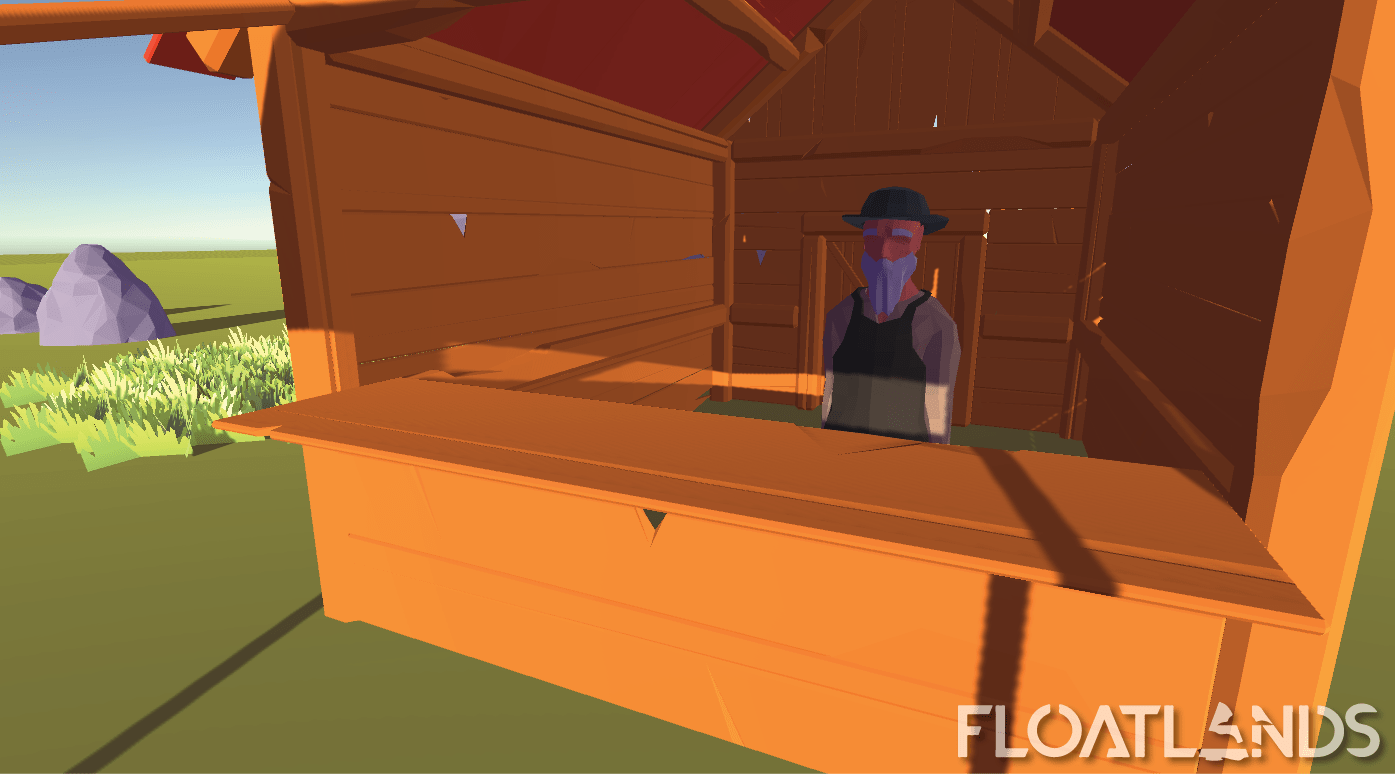 Merchant character in the shop. 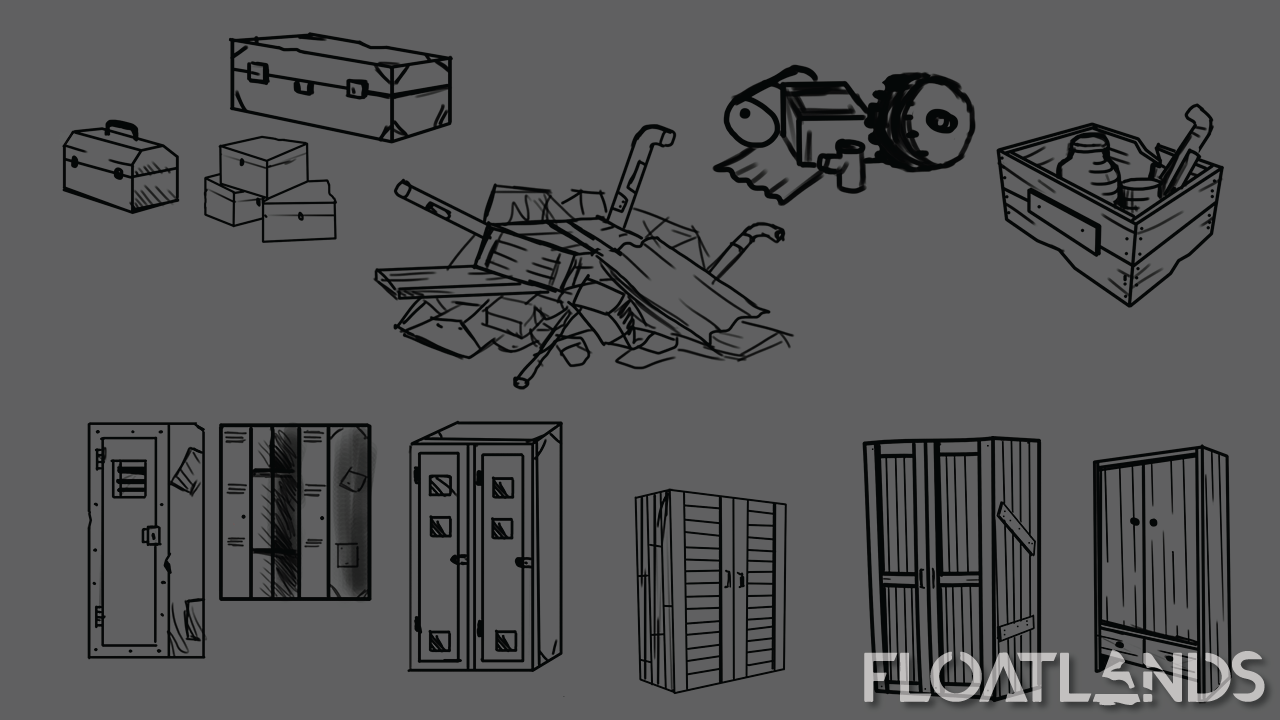 We added more varation to the loot containers simply because stumbling across the same crates over and over throughtout the world can seem a bit boring and bland. So I sketched up some concepts of possible loot “junk piles” that the player will be able to loot. We’re also upgrading the settlement buildings with various closets and lockers which will also be interactable and will contain loot. 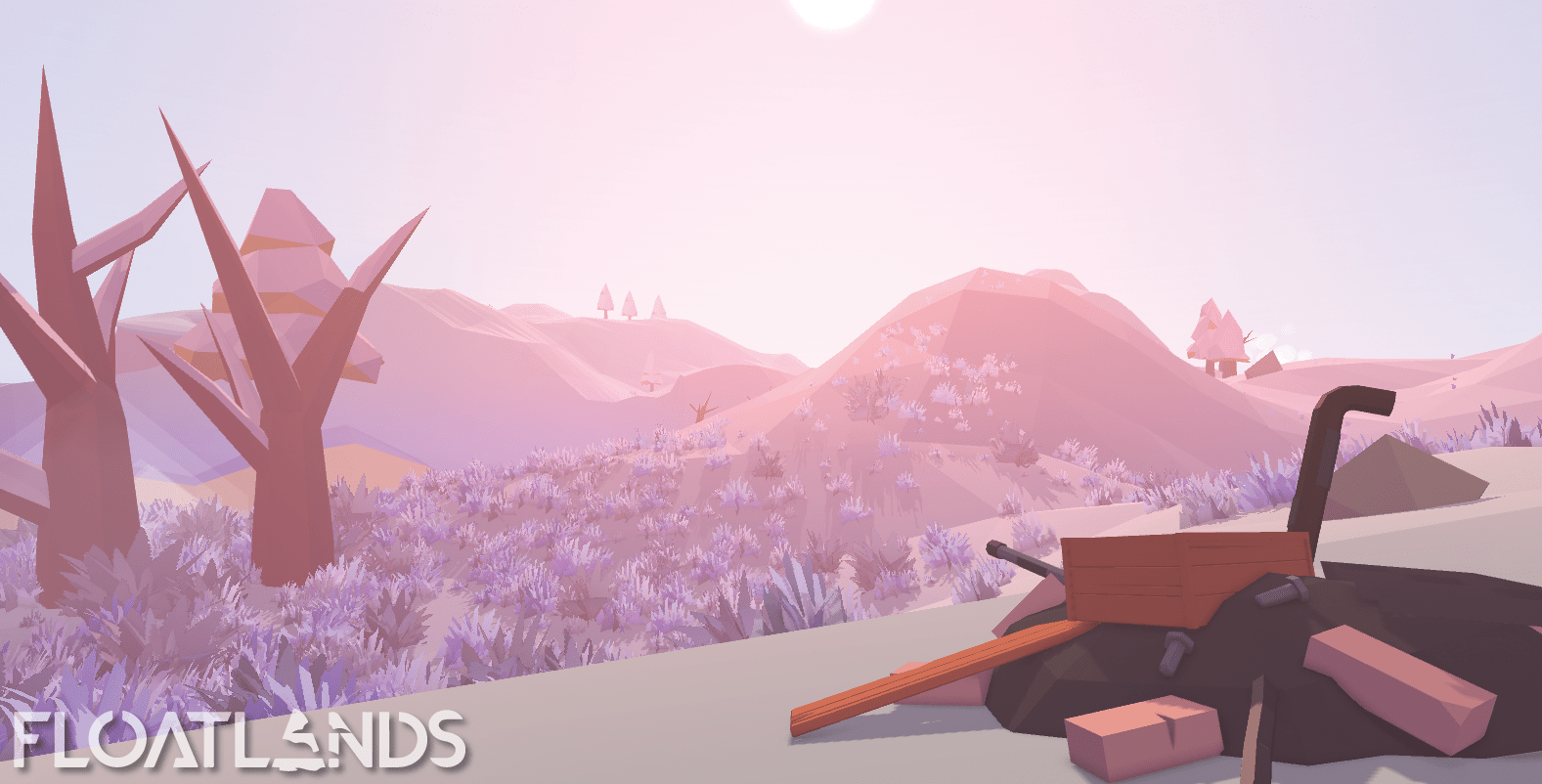 Junk pile which you can loot from.

Every humanoid will be part of one clan – it’s easier to survive in a group so it’s logical. NPCs will also have size property so that combat decisions will be easier to make. Combat type is a good way to breathe life into NPCs, since not everyone has superficial big guts to fight the enemy. Every living being will have it’s own purpose/outfit, so it makes sense that humanoid NPCs have that as well. That’s about it, still a long to way to functional NPCs but we are getting there.

For the size property, are you referring to the size of the character NPC's? As in the bigger NPC's will have more courage to attack back than smaller NPC's?

Yes, but they will also have a preference to attack bigger/stronger ones compared to themselves.