I did a lot of tweaks on how the night actually looks. Before the lighting was dull was dull and weird and now the night has its own source of volumetric light – moon. We find it much better this way and sometimes you just have to stop and admire the beautiful scenery.

Floatlands night-time comparison with and without volumetric lightning.

To give you a more clear look of how drastically lighting and colors of the scenery change during a one day-night cycle, here is a quick day-night cycle preview:

We have also implemented fireflies and dust particles that will spawn randomly around the player to create a more immersive world. Naturally fireflies will also serve as some kind of small source of light.

To make a more diverse world we have successfully implemented a new biome type called Scorched Forest. This was once a beautiful green land – a little jungle – with great trees and dense grass but the sudden change to the world burned/scorched everything down to the point vegetation adapted to it with its red’ish color scheme.

Domen was working on a new biome, so I modeled some new trees for the flora and scenery of it. To anyone who is interested in how to make trees in Blender I prepared a quick tip:

I start with a mesh that only has vertices connected with edges where the trunk and the branches go and then add a skin modifier and a subdivision surface modifier to thicken it out. I then thicken and slim down the branches by selecting vertices and using Ctrl+A to shape the tree further. At the end I add a decimate modifier to get the lowpoly look. The tree tops are sculpted to give them a rough shape and then also decimated for the final look.

I finished the work on the rabbit at the start of the week, made some more animations and added ragdoll physics to it in Unity3D – let me explain my work process:

After I import an animated or at least rigged character I put it on my workbench scene and start with the default ragdoll tool which generates the basic ragdoll. This tool is primariliy intended for humanoid characters, but most vertebrates have similar bone structures so it can easily be modified. The tool opens a window, where you simply drag and drop the coresponding bones and it adds rigidbody, character joint and a collider to each of the added bones. This can be done manualy for strange creatures, but I find that the tool saves quite a lot of time and I just tweak the character joints settings and colliders so that it behaves like I want the creature’s anatomy to behave. Afterwards I add some extra joints and colliders to parts of the creatures that aren’t covered in the tool, like the floppy ears of a rabbit in this case. I test the ragdoll continuosly during the entire process, by just running the runtime. The ragdoll is later enabled by a script in the game.

I then continued working on critters and am now modeling chickens that will appear in the NPC villages.

With the new content slowly pouring in, we will soon start adding the first humans into the world of floatlands. First on the list are “the farmers” clan. They will be easy to recognize by their rural styled wooden structures. The center of the settlement will be a large bonfire encircled by various buildings such as barns which will house animals, residental shacks with loot crates and beds inside and even a vendor which will sell materials and even rare items. There will be several quest givers nearby and NPCs roaming around doing their daily tasks and even chickens which will walk around the area. 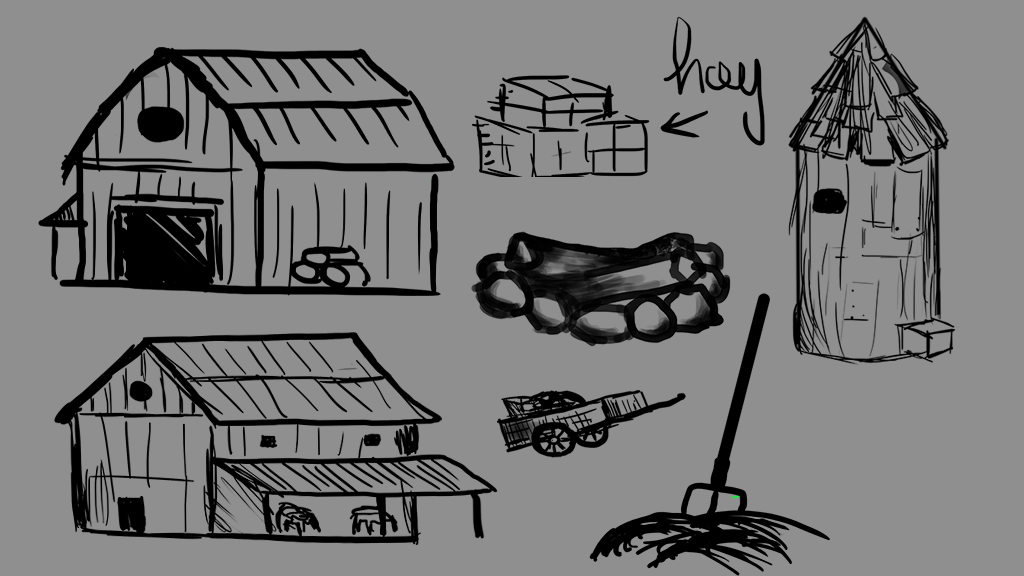