Remember all those player weapons and animations we showed you BEFORE? Well, this time I made item models for the weapons and tools the player holds in his hands. These are models with less detail and without all the fancy moving parts that you will only be able to see when you hold it in your hands and use it. These will be used as items in the world you can pick up.

In case you didn’t know, the build mode in Floatlands will include 3 tiers: WOOD, STONE, REINFORCED STONE. Previously we had already prepared all the elements for it and positioning system as well. You can read more about that HERE. The visuals of Floatlands world changed since then, consequently our previous build mode elements needed a revamp, so I was doing rework on the models. I did some optimization, but I mostly focused on unifying the style with the rest of the game and just giving each piece the time and attention it needs. 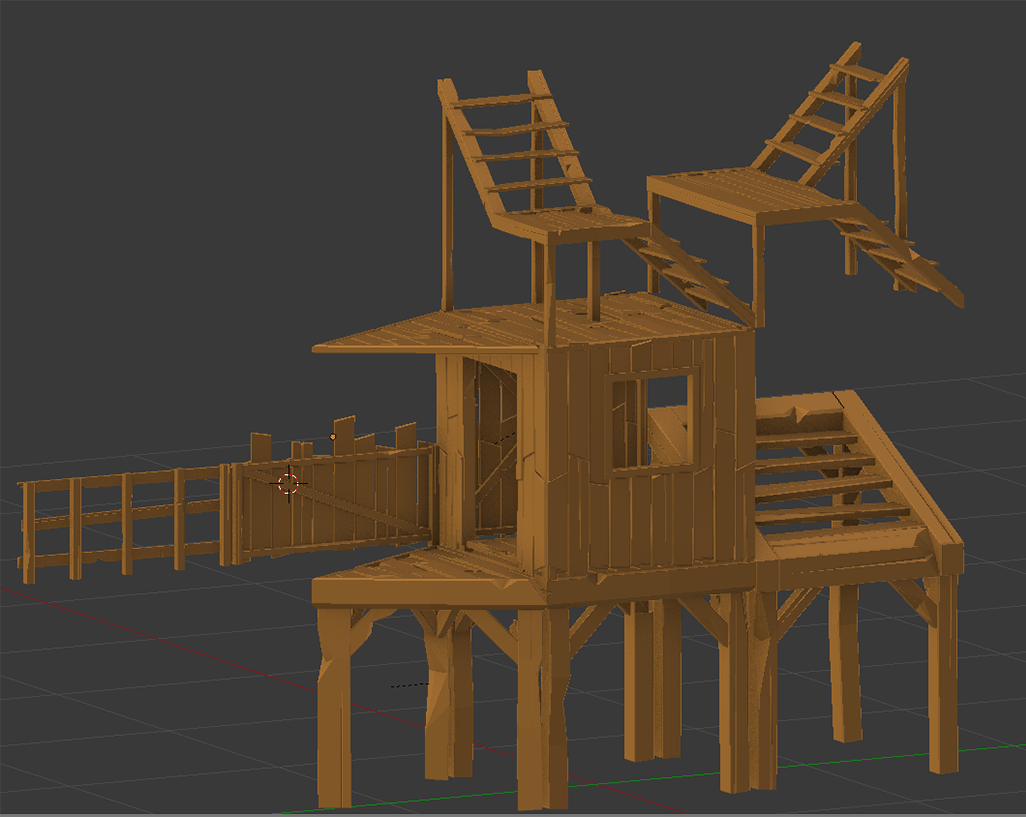 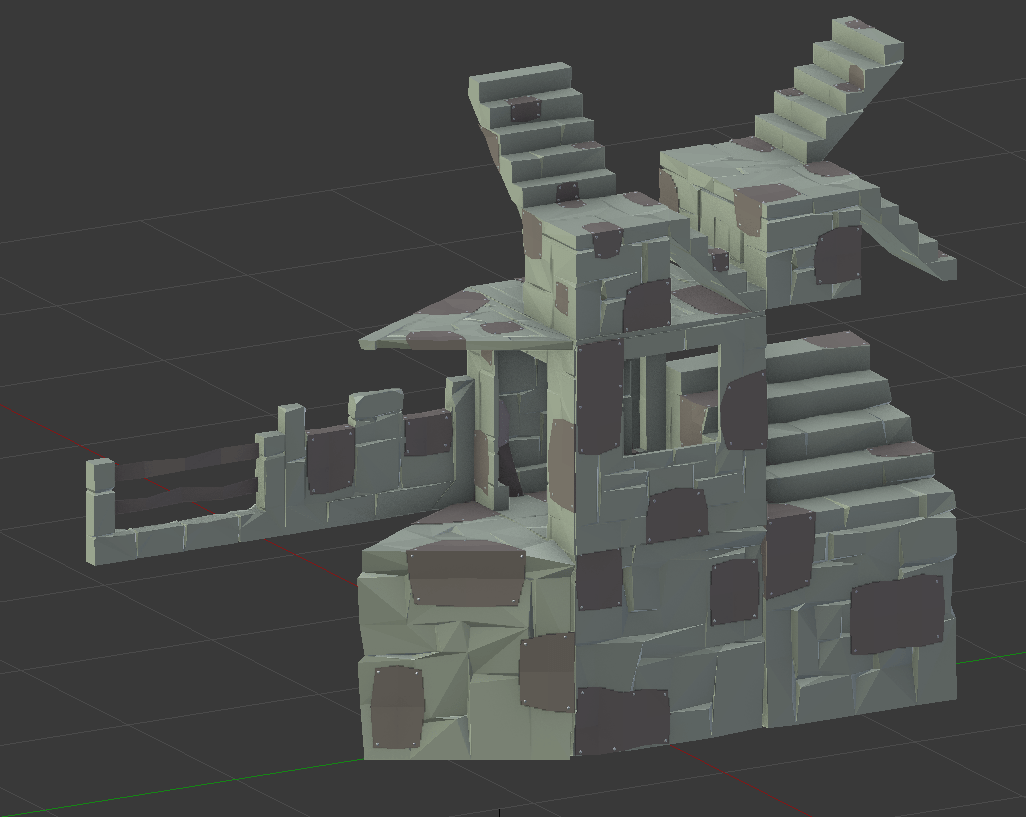 This week I needed to research and come up with a list of assets that would fit in the cave dungeon. The dungeon would include different rock formations and huge stone pillars. The idea was that the dungeons would be pitch black dark, the only light source would be from the players’ flashlight, so to make things a bit easier we added some sort of mellow light source in the form of “glowing” mushrooms. Of course there will also be loot crates and NPC encounters as you progress deeper into the dungeon. 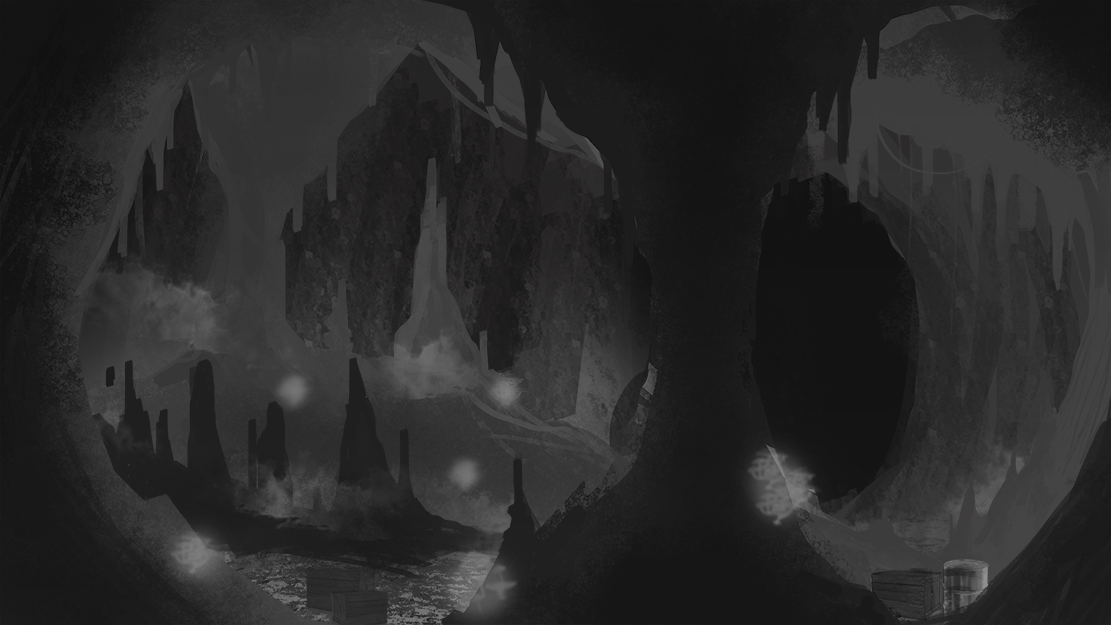 Floatlands has a custom item managment system that I’ve written from scratch. It uses a really simple file parsing mechanism that parses data from external files. This makes adding items or changing their description, crafting times, sprites, drop chances and other minor variables (smelt tiems, rarity,…) with ease. Also we are going to use such model for modding purposes which is going to be added after the release of Floatlands. The system roughly looks like this: 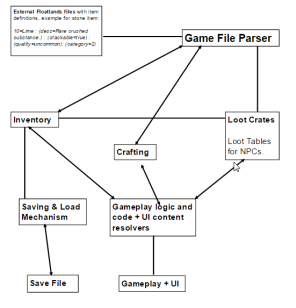 The item system now works perfectly and is connected with the UI, you can now use inventory and crafting menus to do your things for survival needs! 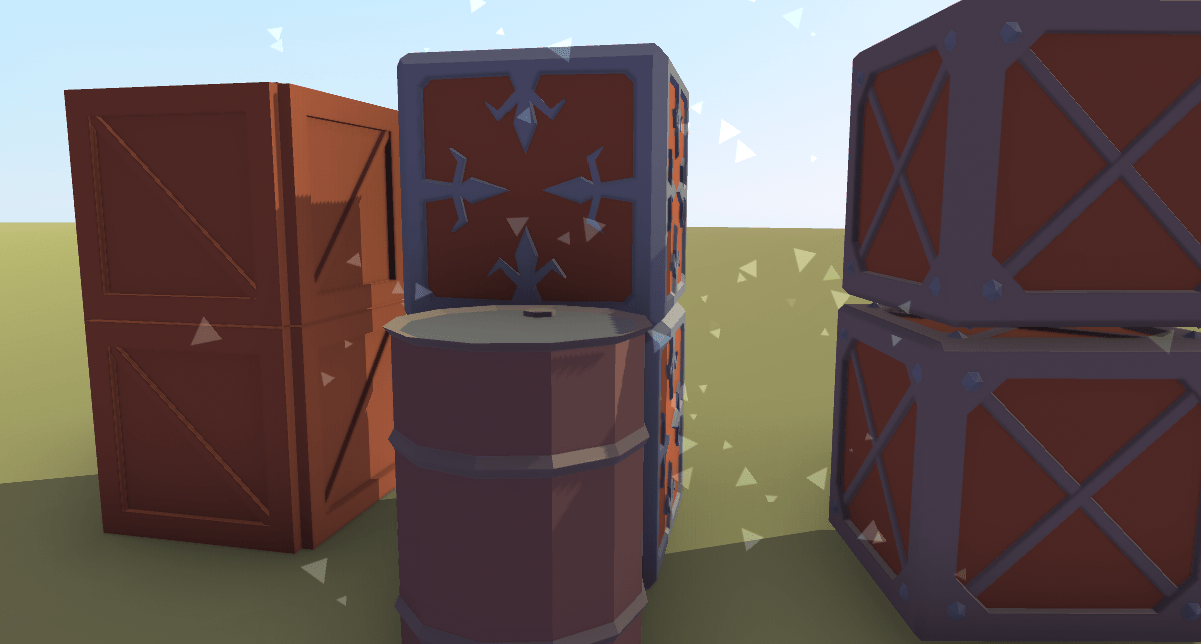 Barrels and crates that could be found in the world

The one with particles around it is the rarest one to be found in either dungeons or on the surface of many islands. The content for now is not yet tweaked, but for now the loot crate animation when destroying it looks like this:

Other changes and additions:

– I’ve implemented “turbo mode” for our buzzard (helicopter), so you can travel at 250% speed when there is more than 75% fuel in your fuel tank. It also consumes way more fuel when going into turbo mode. With this mode you can travel great distances with ease (distances between larger islands).

– Health managment system: Player can now take damage from different sources – physical damage (fall damage, mellee, etc.), bullet or other projectile damage and explosions. Everything is connected with the UI so you can find out that you took some damage. Next step is to implement health replentish items/objects, but that is something to really think about since it touches game design and the whole plot. We just can’t simply put some medpacks into the game, it won’t make sense. The idea is to implement healing/repair panels, batteries and much more.

– Main Menu: This is really a quick mockup. I’ve managed to copy the main scene for the main menu, so there is a procedurally spawned island behind you with a faster day/night cycle. I’ve also implemented an update system so we can display announcements or update changes right in the main menu. Keep in mind that this is just a mockup so I could connect everything together. Will focus on the polish in the next week. 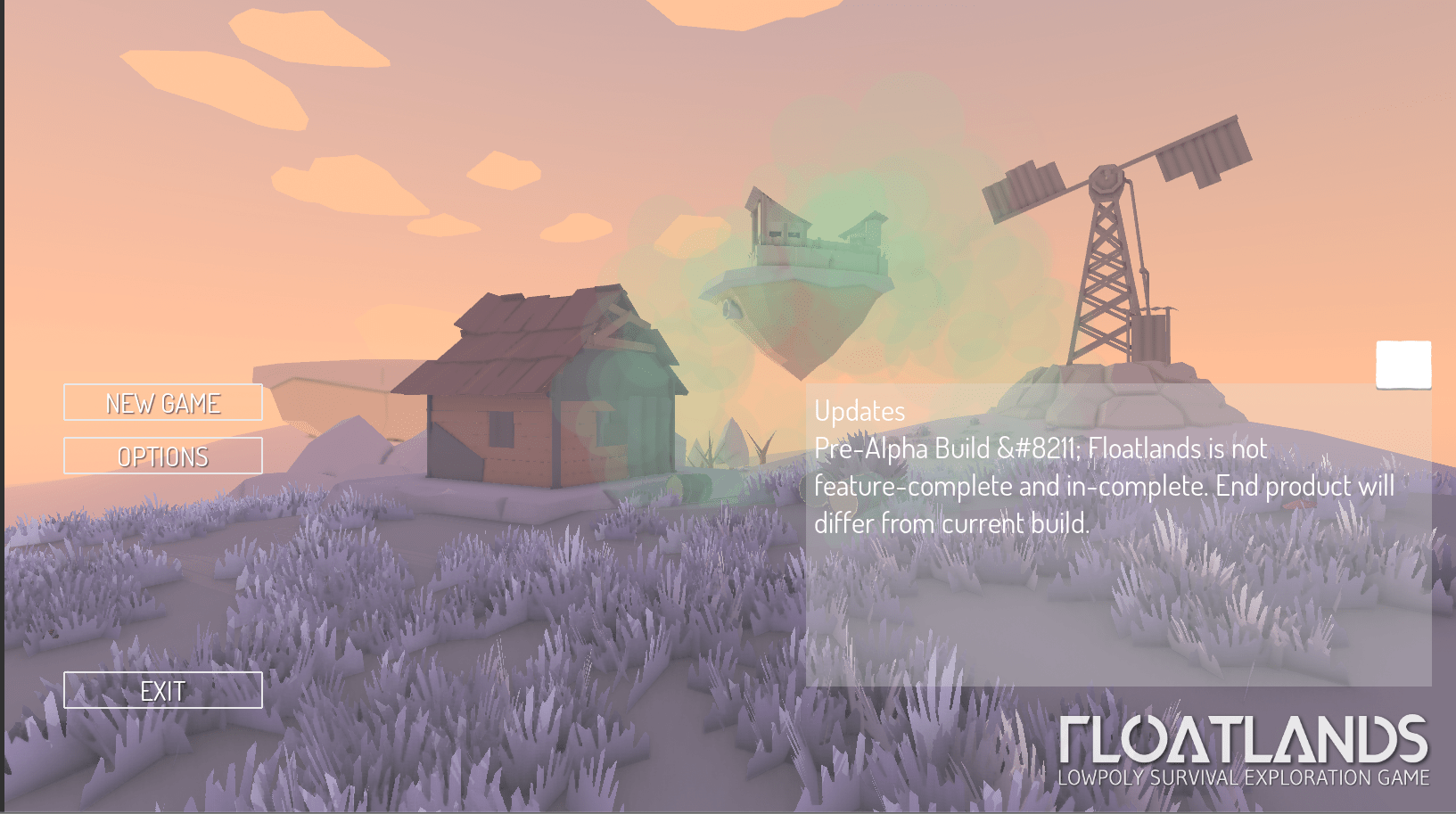 This week I was working on implementing first-person weapon animations (reload, proximity, aim+shoot, idle+walk+run). I have finished the work for all 5 weapons and 3 tools. The only thing left is debugging and a bit of eye candy. I recorded a quick sample for you with an AAD Rifle.