Updates this week: - SHACKS AND BUZZARD – from concept to game implementation - first mockup of the HUD - video montage of ingame animal behaviour - concept for enhancing robots

SHACKS AND BUZZARD – from concept to game implementation

SHACKS
This week we worked on new shacks, which Mito already prepared some concept art for. That made it a lot easier for Andrej. who focused on making them look worn down and patched up with junk. Domen created LOD game objects, added some interaction with shacks (now you can open doors), added loot spawners and they are now spawning on road paths or in woods. Andrej also modeled the Buzzard flying vehicle, again after the concept art. He now started to rework robot NPCs, because we already have more concept art prepared.

BUZZARD
The “buzzard” is a basic craftable aircraft capable of traveling medium to short distances at slow speed. It provides some mobility so you can visit and explore floating islands at medium range. You can however upgrade the key components to improve the performance and add various utilities to the aircraft. For example, the tier 1 fuel tank will allow you to fly for 2 minutes continuously. If you choose to upgrade it to tier 2 you gain visual update on the aircraft model itself, and extend the flight time to approximately 3 minute flight time. (keep in mind the numbers are still subject to change).

You will also be able to upgrade utilities, such as the storage capacity to store the tools and craft materials you find on the way, and even add different light sources to the aircraft to keep you illuminated at night. Because the conflict with enemy NPCs is imminent, you must also find a way to protect the aircraft. To repel the attackers you can mount a small turret to the front of the “buzzard”, and to protect yourself you can also upgrade the shell so the enemy NPCs will have a hard time hitting you.

I’ve been studying some UI principles and gathered all of the available resources (menus, player stat variables) and tried to implement them in a clean UI. With Mito we slowly started to implement various new icons to replace the old ones. Here is a first mockup of how the HUD looks right now. There is a lot of tweaking left with colors and icons, but we think the layout should stay like this. What is your opinion about the layout? Time to do more researching for further UI elements such as buttons, panels/menus, typography ect. 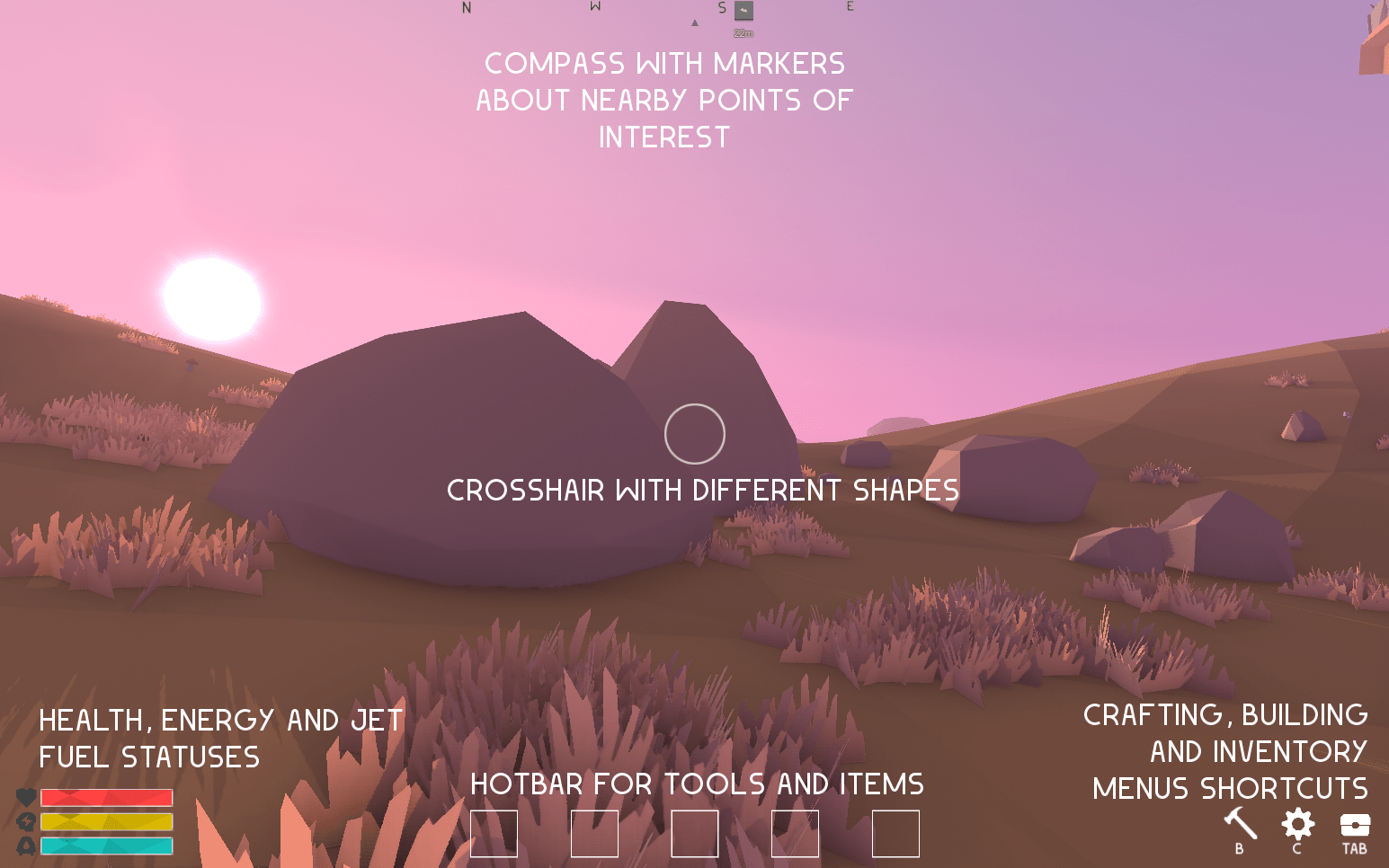 We have decided to further enhance the existing NPCs so you’ll be able to distinquish them from eachother easily. For example, we will add various armour elements to the Grenadier NPC to appear more bulky and dangerous. The sniper NPC is also getting an overhaul, with added cloth cape so he’ll be harder to spot. 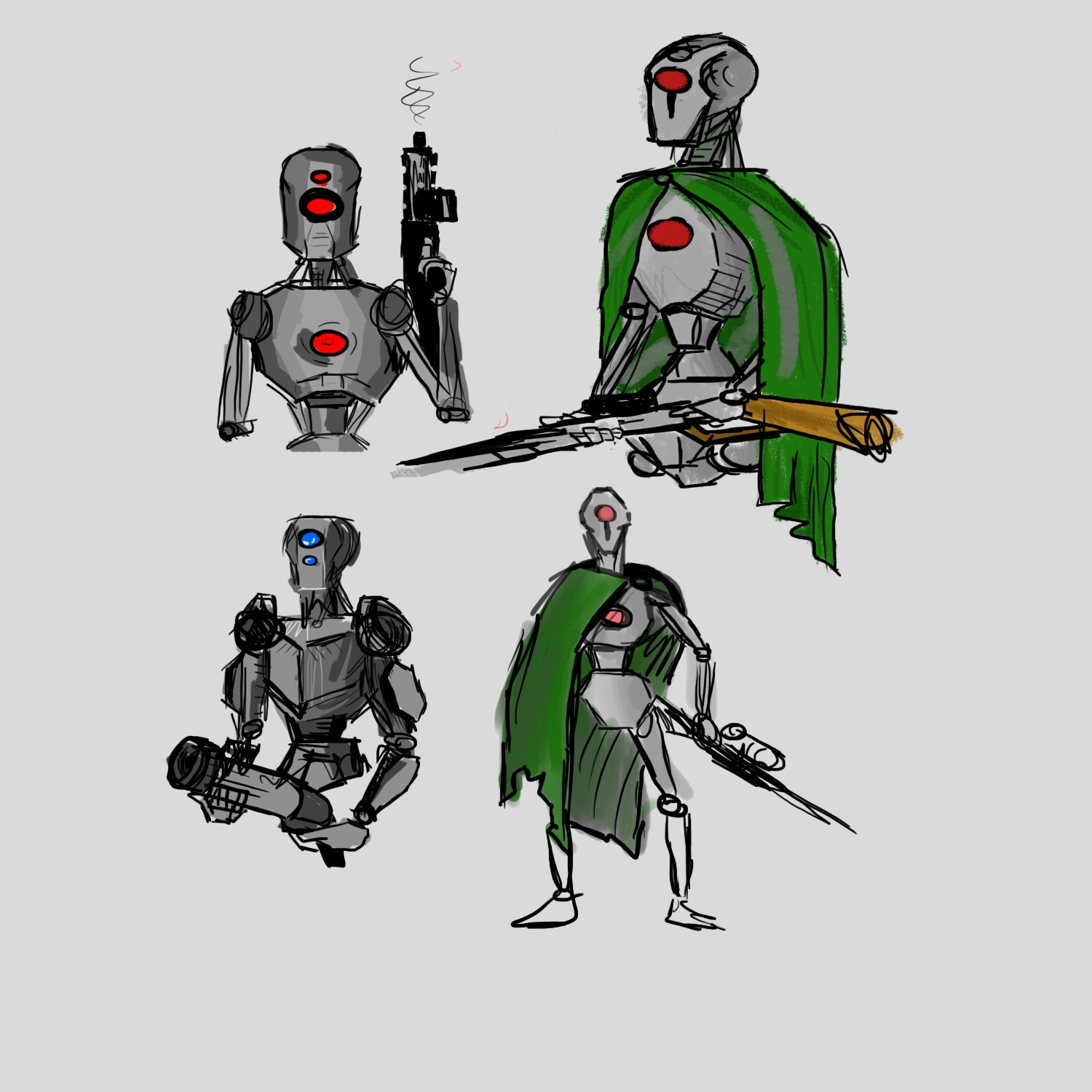 We’re in the process of finaly implementing animal behaviour. They are still buggy and we had quite a few problems capturing them on video, anyway, here are some clips of animal relationships and behaviours that they have between each other:

Nice progress team, as you mentioned above animals animation need some work.

Thx, next week should be interesting with new robots!