We’ve been working hard lately on reworking our island generator. At the beginning of development we had a weak system, where you placed ‘spawner’ on an island with a set of rules to follow. This system did work, but as the development continued we have found little to no variations at the end and we became bored of it. Floatlands needed a procedural island generator!

Domen, our lead game designer, started working on his own procedural engine, which first produced simple islands with basic flora on it (trees, bushes and grass). The system can be easily tweaked as the development continues for optimization and gameplay purposes (e.g. too much trees at one spot – too much resources for player).

Floatlands will have 4 different island sizes and 4 biomes to follow (we are going to add biomes and sizes later on). 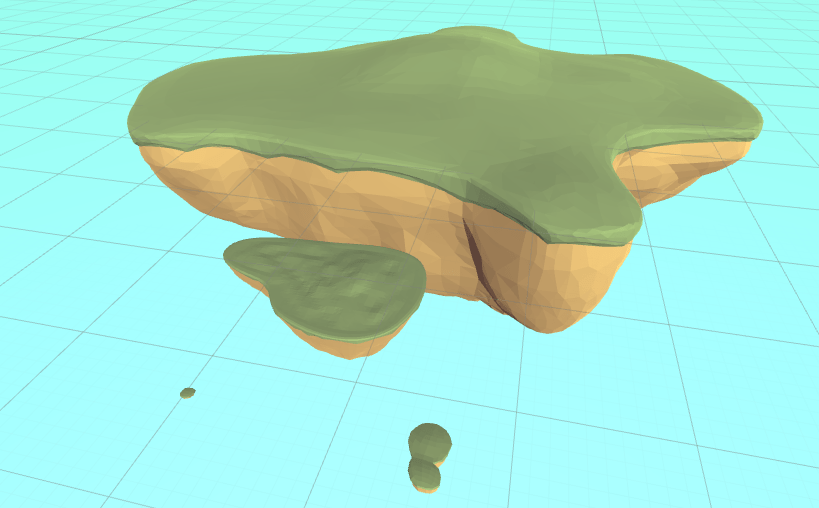 SHELF - A tiny bit of an island. Used to create some variation on other islands.
NORMAL - Normal sized island. The majority of Floatlands islands.
MOTHER - Bigger islands. Used mostly for resource gathering and shelter building.
FATHER - Biggest islands. Used for exploring. These are dangerous! 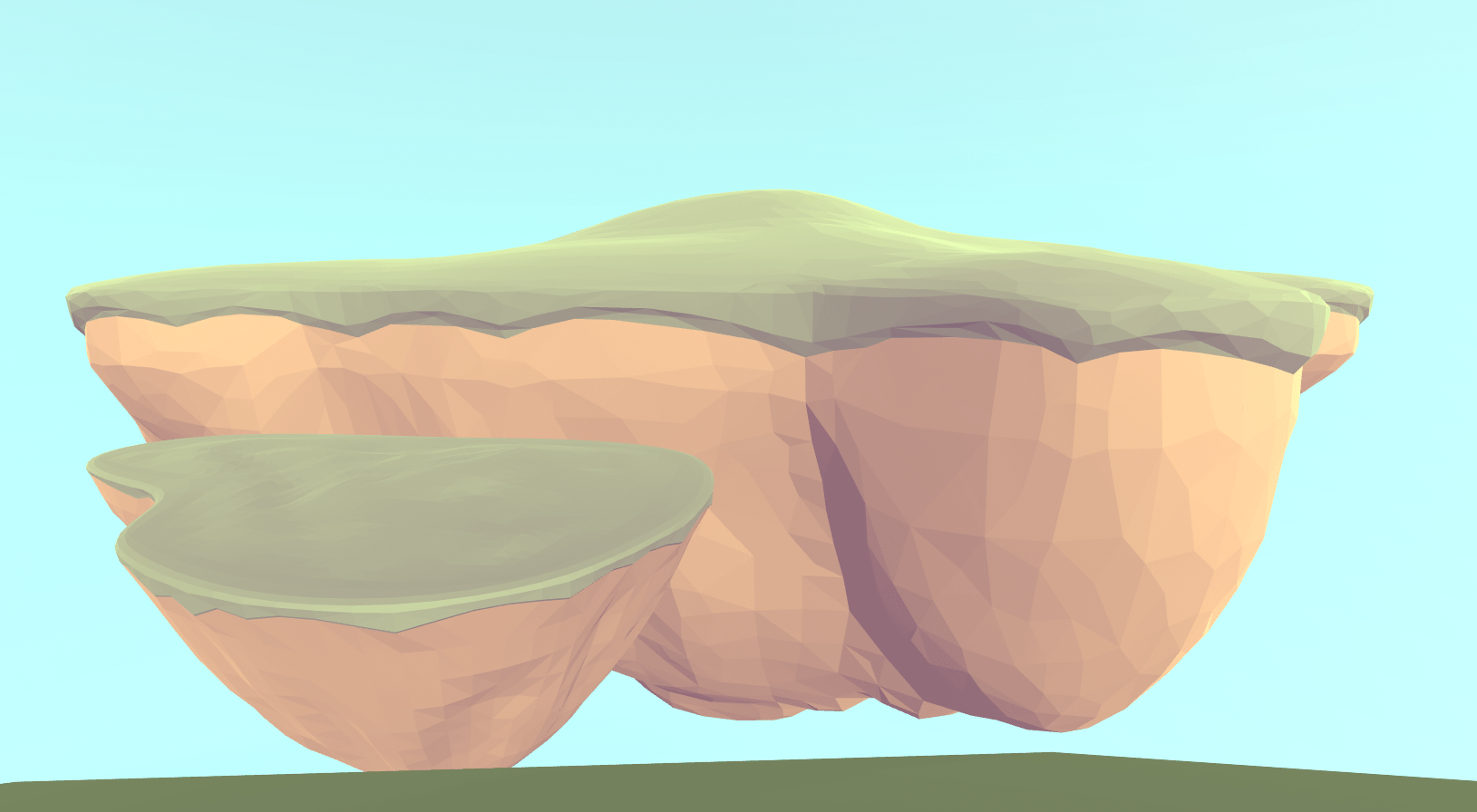 Each island (and perhaps islands around it) will contain specific set of flora and fauna objects. In the first release there will only be 3 major biomes – Normal (grassy, rich with resources), Snow (foggy and cold place) and Desert biome (dusty and dangerous). Each biome will have its own color scheme and weather.


Normal - Populated with animals. Lots of resources can be found here.
Snow - Foggy and white – rich with minerals.
Desert - Dangerous place to be.

Some examples using our early version of procedural generator: 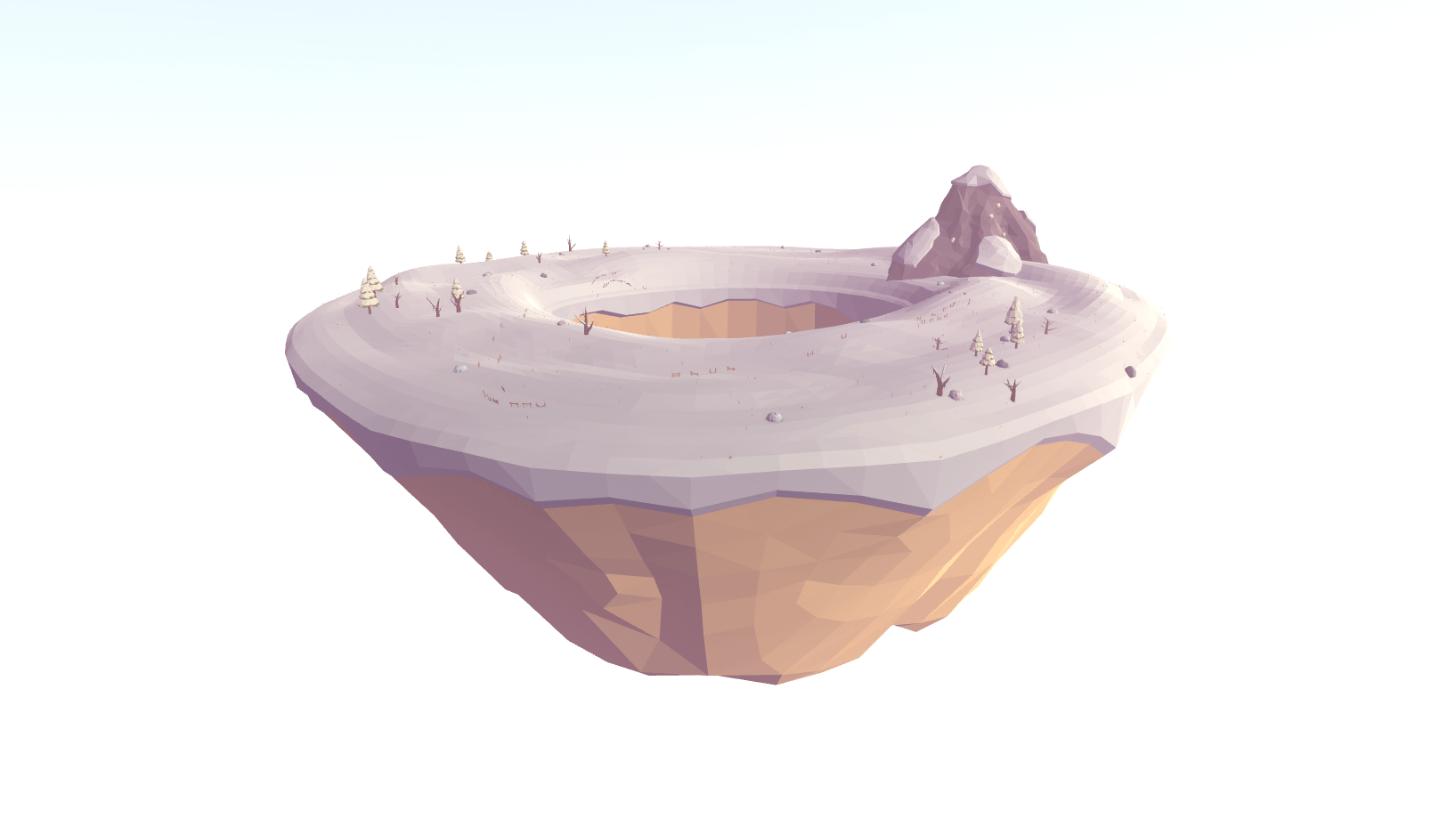 Each island will also have some paths that will connect certain points of interests. This idea is still work in progress but we’ve already managed to write an algorithm that creates a nice path/spline on an island, regardless of its size.

Here’s a quick panorama in-game shot. We started to use a volumetric lightning technique, that explains the shininess! Plan for the future is to add animals, more flora variety and points of interest (e.g. abandoned shacks).