This month, our first self-funded game, Epistory, turned 1 year and we feel like it’s the right moment to announce our new game in development, Shift Quantum.

Posted by VirginRedemption on Mar 10th, 2017

This month, we celebrate the 1st year anniversary of our first self-funded game: Epistory. We feel like it’s the right moment to announce our next game, in development, Shift Quantum.

Associated with the puzzle-platformer genre, Shift Quantum takes you through the mental maze of your brain in search of a way out. Who knows what secrets can be found behind cold and logical human thinking?

Shift was originally a Flash game series that has had many versions such as Shift DX and has been ported to iOS, PSP and Nintendo 3DS by Fishing Cactus.

The gameplay revolves around a room that is half black, half white, one of which is solid. When the player shifts, the room flips upside down, and the opposite color becomes solid. The goal is to get keys and reach doors while avoiding spikes and other objects.

One of the many challenges we’ll have to face will be to build an entire game based on 1 single cool mechanic and taking it to an entirely new level while keeping its original spirit intact.

With such a mechanic, the original games relied on a very simple black and white style; nothing in color and not even gray. In a nutshell, nothing that could interfere with the comprehension of the level.

Nine years after the first Flash version of the game, we imagined a Next Gen Shift game that has more to offer visually than its predecessors. More elaborated, the new art direction enhances the gameplay and creates a context for a richer story. 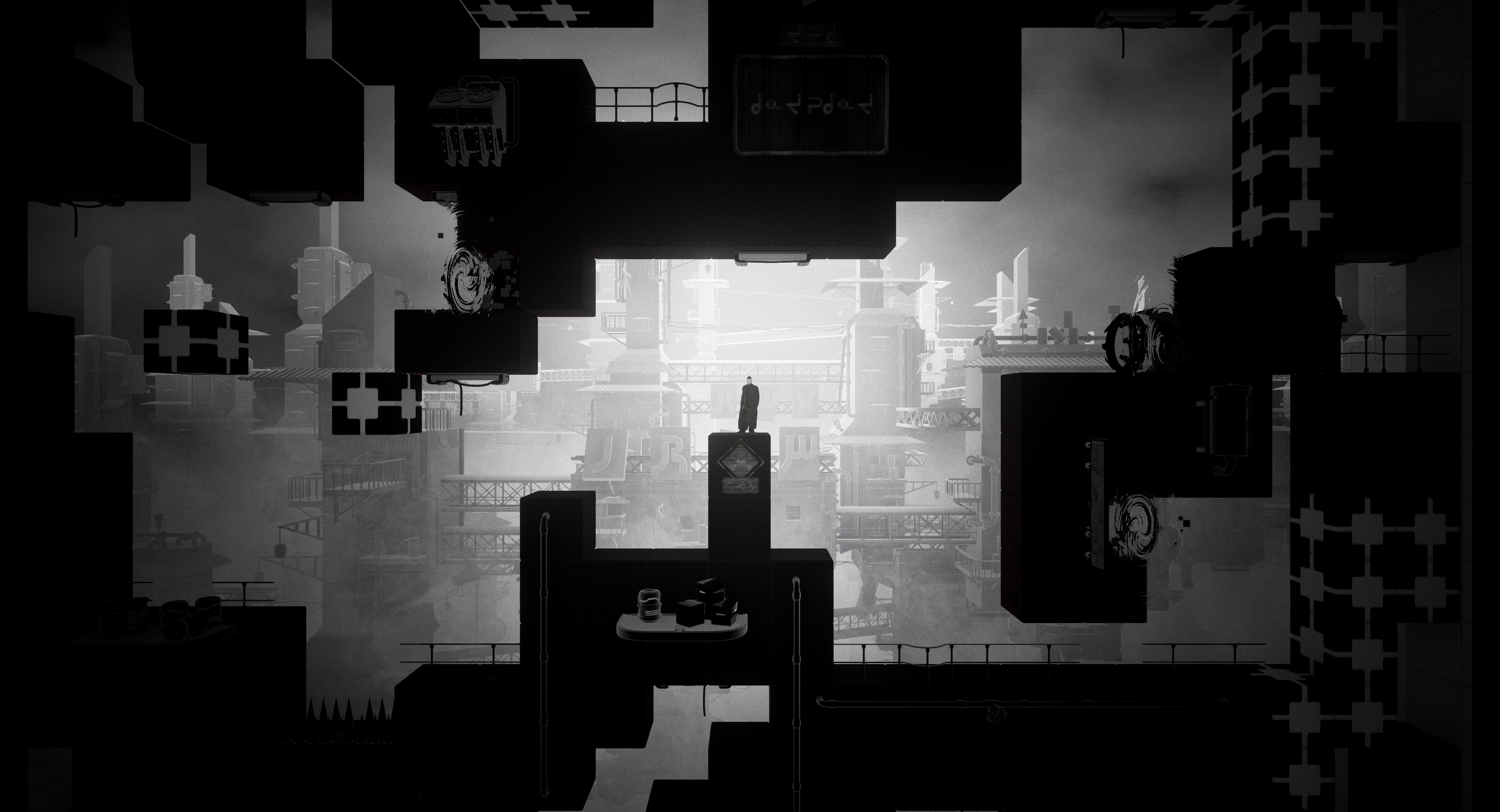 One of the strengths of Shift rests on the level edition. We already have something similar with Shift DX, but this time, the level editor tends to be more integrated to the whole experience.

The first steps were dedicated to the editor and not the game itself, creating an interesting approach in regards with focus and priorities. It was a reflexion from the ground up on user experience of the Editor. We’d like to allow the community to build levels that will be implemented in the story with the same tools as we used to create the game itself.

Even though we created the first prototype in Unity last year, to test the basic gameplay mechanics and help us validate the artistic direction, we actually chose to develop this game using Unreal Engine 4. 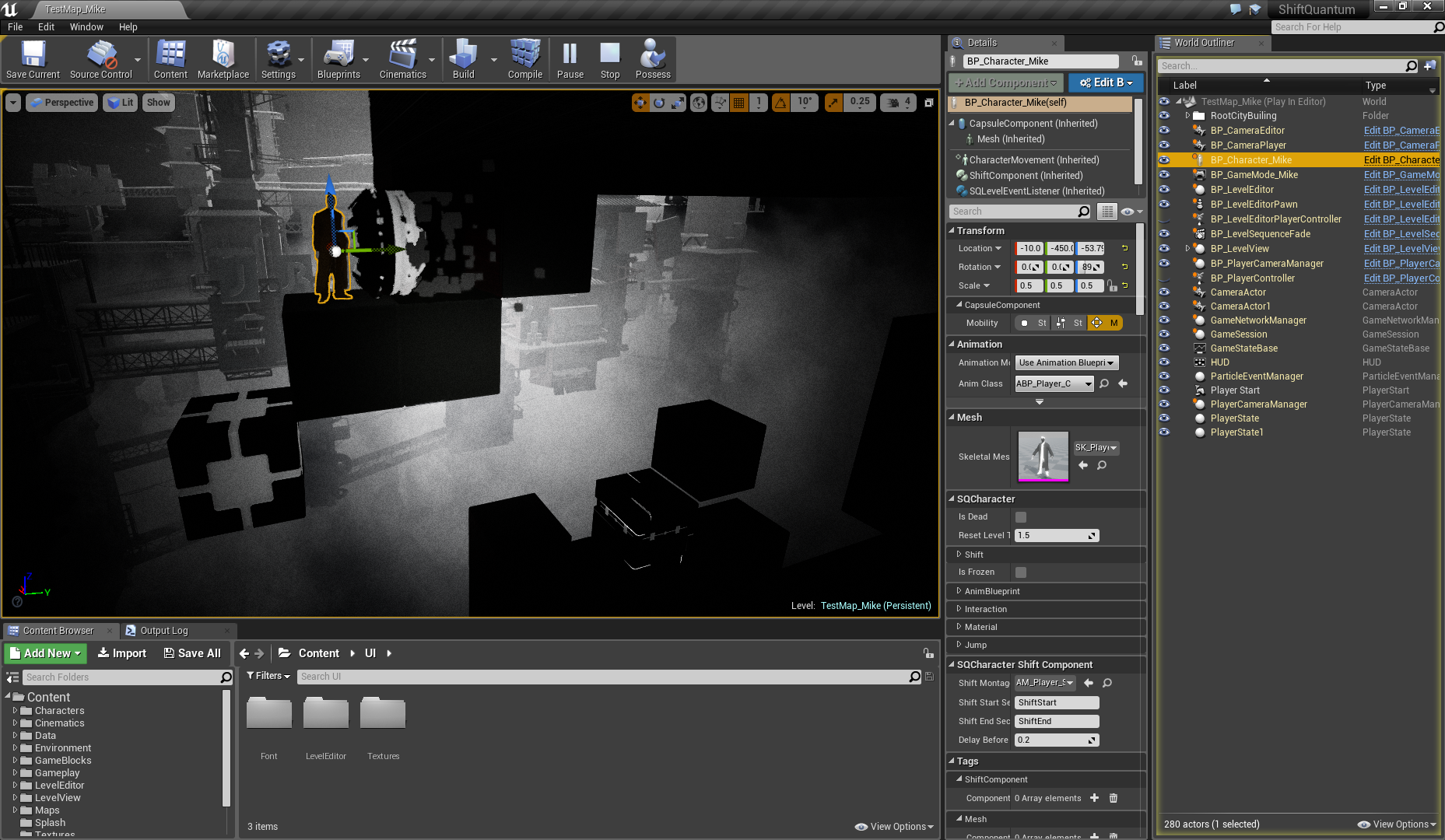 The reasons behind this choice are multiple:

After almost three months of development, we are more than certain that going for UE4 was a great choice. We have the same velocity as with our games developed using Unity. Moreover, standing upon a codebase which has evolved over the past two decades and has been shipped in multiple AAA games allows us to be more efficient and more confident in the success of this game in the long run.