The first version of Paddle Wars: Hit The Wall is uploaded to IndieDB, also, developer attempts to set-up a twitter account...

The first version of Paddle Wars: Hit The Wall, just got accepted on IndieDB, rejoice breakout fans or bug hunters!

The version uploaded there is the first prototype version, it lacks music, has 25 levels (including 5 ones that the developer will remove... not always more is better), 3 paddles (yes, ever heard of a breakout game with paddle selection?) each one with unique hitbox, behavior and weapon (yes, the paddles have weapons on Hit The Wall!).

Everyone is invited to test, give some feedback, and spread the word, the developer would really appreciate the support. 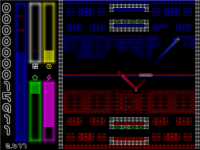 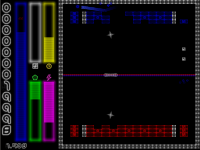 
Also the developer is trying to set-up a twitter account on www.twitter.com/agfgames and everyone is invited to follow, this twitter will post news, information, discussion about AGF games (for now, mostly from Hit The Wall), and sometimes some conversations or information about general game development. Expect some updates there soon (specially, after twitter starts to behave properly again).

Thank you whoever editor approved the post and added the images in a nifty way to it!

No worries, we are here to help.