With a total fix list of well over 500 bugs since the initial release, The Nameless Mod can now be considered finished with the release of patch 1.0.4. To mark the occasion, Rock Paper Shotgun has posted two articles about the mod, and Off Topic Productions has released an SDK for the community. 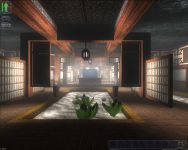 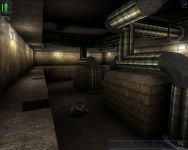 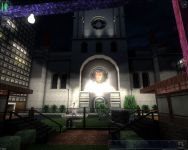 Since The Nameless Mod was released back in March, we've been quietly chipping away at the bugs and glitches reported by our fantastic community. Last weekend, we finally fixed the last major crash bug introduced in the third patch and released the new patch 1.0.4. With this update, all significant bugs have been eliminated, and we consider the mod truly finished. That means now is a good time to grab the mod if you never got around to it when we released. You can find both the full install of the mod and the 1.0.4 patch (which contains every previous fix and is fully compatible with the 4 versions of the mod) in our ModDB profile.


While you're there, you may also notice our latest download offering: an SDK. This .zip package contains all our uncompiled code, models, skins, text, conversations, and so on. Combined with the maps, sounds, and textures freely available in the basic mod installation, you should now have everything you need to tweak TNM however you like, or to use our stuff (which, as you may recall, was released under a creative commons license) in your own projects. If you have no previous experience with Deus Ex modding, we are now also hosting the brilliant tutorial collection of Tack's Deus Ex Lab, which taught us almost everything we know about Deus Ex editing. 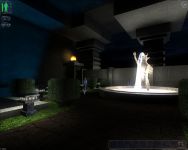 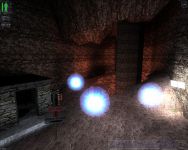 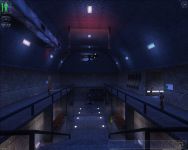 To mark the release of our final official patch, highly respected PC games blog Rock Paper Shotgun has written an informal review of the mod, which is mostly praise of its ambition and uncompromising execution. The initial article was followed up with an interview with our lead designer.

Gearing up for the Mod of the Year awards for 2009, we'll be releasing a short series of amusing promotional videos in the coming months. You should also keep an eye out for the release of our official soundtrack on a two-disc CD set which should arrive some time next week.

And if you've noticed the - for a Deus Ex mod unusually high - graphical quality of the screenshots used in this post, you can find more impressive (but perhaps slightly spoilery) graphically enhanced TNM screenshots on game design blog Narcissism Incorporated. Detailed instructions for how to spruce up your Deus Ex can be found on our TNM community wiki.

Congrats to all involved!

I feel proud to be involved even as a minor voice actor :D

TNM for MOTY, that's clear. And great stuff as usual. Will be interesting to have a look at the sdk files. Are the take-outs also included? I could imagine somebody reviving old maps just for the fun of it.

There are actually no map files included in this download, as they're freely accessible from a normal installation of TNM. Now that you mention it, I'm not sure that we've released any of the old version/cut maps. Most of them are horribly contaminated with old classes that no longer exist, making them rather difficult to even open in the editor. It's something we might look into, though.

Let it be known that I bought Deus Ex just so that I can play this mod on Christmas. I hope this lives up to the hype, it'll be a great gift for myself. :)

Nice to see you patched it up!
I just started playing this again yesterday, trying to complete it again. I have to say it offers me quite a challenge, which isn't always available in today's games.
Congratz on finishing it, I'm a big fan. As a DX mapper myself, I rarely see anything this brilliantly constructed in the community any more, or any community for that matter!
Well done. ^^

Congratulations on finishing this project! I remember thinking "This is ridiculous, no way would this work" back when you guys were first talking about it on PDX, but I was pretty bitter about my own mod team falling apart. I'm glad you proved me wrong; this is a work of pop art at its best.

I actually just ordered TNM on DVD and it came in the mail a couple days ago. Good timing.

Awesome! We really like the idea of people owning physical copies of TNM, even if it makes us no money :P

Dude, there's still a bunch of bugs in this game. I just started playing and there's stuff like the eye Scanning Augs having text overlay, the resolution change doesn't effect the hud and other various things. these really hinder the game =/ I don't get why everyone is saying how great this is.

Yeah they did a hell of a job on this, great mod all around, hope you guys win something.