In the past couple weeks I have been working on implementing fighter logic, improving my weapon logic, and getting my code ready to begin reimplementing carriers once again.

Even though I have attempted to optimize to allow larger unit count, my goal is to engage players in highly energetic and intence, yet localized fleet battles. Maps will not be infinate, but will contain gameplay elements relative to sector control and territory ownership (later).

The intensity of the fights aim to feel much like the battle scenes in Battlestar Galactica, while combining gameplay elements of both Homeworld 1, and Homeworld 2 - and adding a touch of EvE.
I am in short - trying to create the Space RTS of my dreams. Though considering how many times I have rewritten how things work - some of it is easier said than done, especially when working entirely alone on this from my dark lair, trying to be a perfectionist. Maybe im just trying to overdo it.

In particular the heavy frigate has had it's weapons reconfigured and somewhat rebalanced. It packs a punch, carrying two triple barreled battleship class heavy weapons, and armed with two anti-fighter turrets to fend off fast and nimble strike craft. 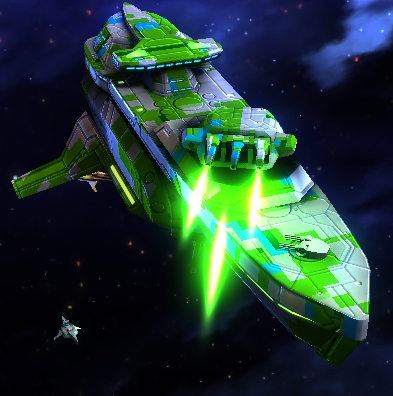 Additionally the Standard Light Frigate variations are also complete - though they have some balancing issues. For the coalition, these are the Standard Frigate, Missile Frigate, and an Anti-Fighter frigate. All three of share the same hull, as seen on the standard frigate below: 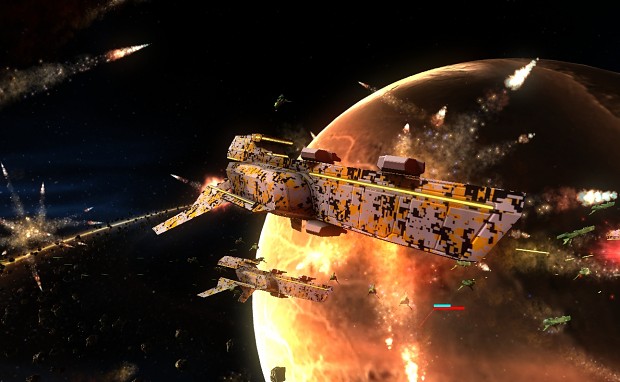 At the moment formations are currently exclusive to only fighters, and more formations that will be implemented at a later stage; Internally the project already has the following formation built in by default, some of which are inspired by homeworld - these formations use only static offsets and are pretty basic, thus being the first formations implemented:

The Delta formation is shown in the video above, here is the X-Formation. 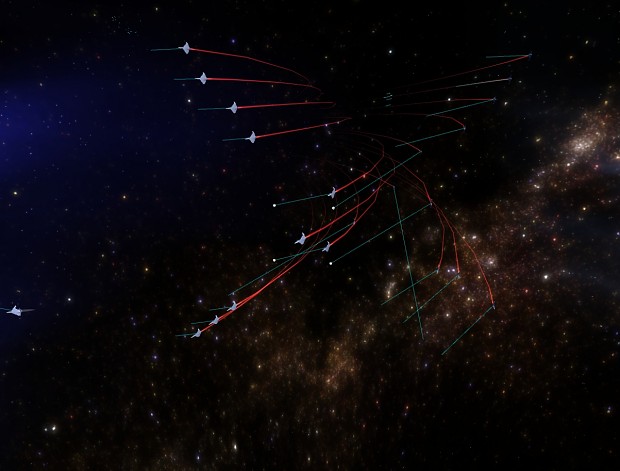 Additional formations that require more dynamic offsets will be included at a later stage - they include the following:

Frigates and other larger ships have not recieved any code for formation management yet, but these are planned. Some formations will allow a mix of fighter/ship combinations at the player's choosing.

Additionally, if I can get around to implementing support for modding, a static class named FormationHelper is present which will allow modders to define and script additional types of custom formations. Before then I hope to implement all fomations that currently exist in Homeworld and Homeworld 2 as default implementations.

Within the next couple weeks I hope to get the Federation ships operational once again, as new CommandBuffer based lasers have been created for them, and are tested. I also hope to get my carriers working again as this will be crucial to have at least partially functional for the first public alpha test build.

Additionally I hope to complete textures of some of the in-completed ships. As of tonight, the Coalition fighter has been completed. 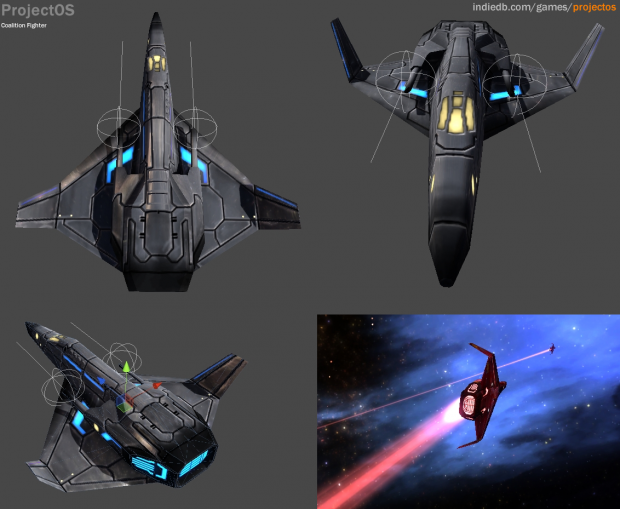