The fifth piece of our Mystery Monday puzzle. A video! A piece of a newspaper along with a video of the weapon. Early fifties. And the last Developer Friday interview was Kevin Cytatzky one of our level designers.

Number five. Something new! A video! A piece of a newspaper along with a video of the weapon. Early fifties. Remember we are looking for a single word or name. Something that is related to the story or the theme of the game. 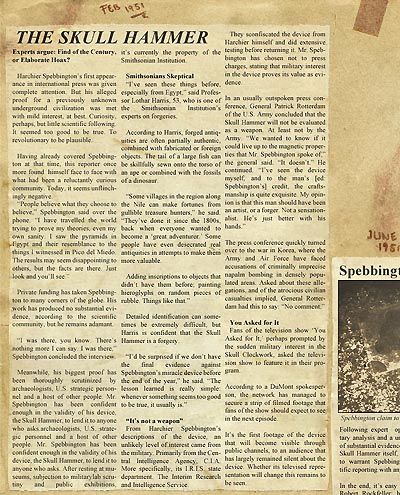 (Clicking will take you to our Official Game Group on Steam)

The rules and more information can be found here.

Kevin Cytatzky is one of our level designers. He made one of the Survival levels (Amini), and various bits of the Campaign levels. At least one or two rooms of every level but the first three were made by him, including the Fan Room in Cahua II, large parts of Teotl II outside section, and one entire pyramid in Hueca.

Kevin wrote:How did you start out with level design?
Ever since I can remember I have been very enthusiastic about video games, and during 2006 I somehow became really eager to do some levels for Unreal Tournament. I started using the Unreal Editor and never got away from it again.