Two more weeks down and our August release draws closer. We’re proud of the state of Fictorum, especially with the latest patch, which has a new Spellblade melee ability and destructible damage changes!

Posted by ScrapingBottomGames on May 27th, 2017 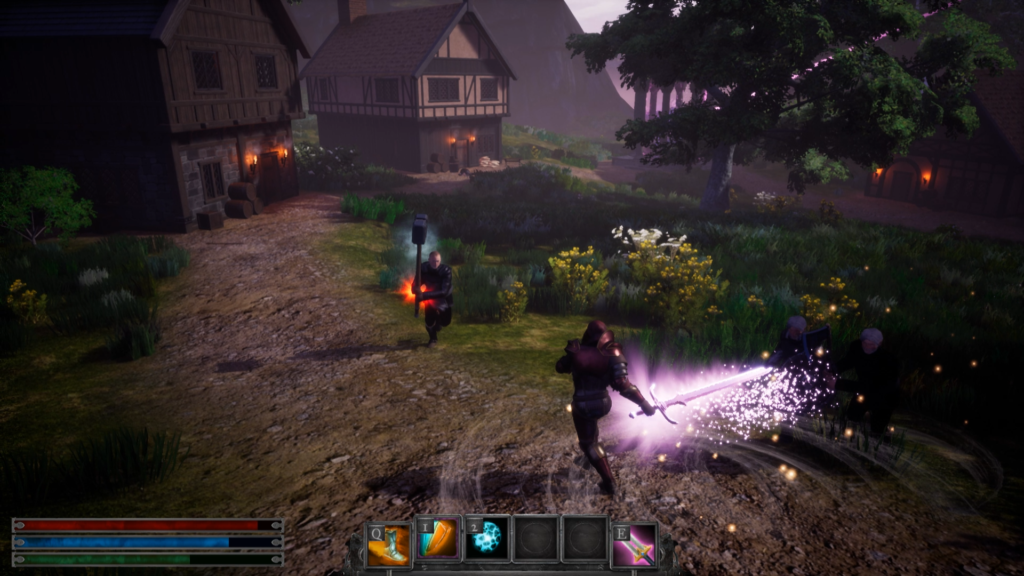 Greg is back at it with this patch’s vlog. Check out the latest changes in action!

An intrepid Fictorum can encounter the powerful Spellblade ability, enabling the wizard to overpower enemies at close range.

Consider yourself warned: Falling rubble now deals damage to player in Easy, Medium, and Hard difficulties as well! The damage dealt is greatly scaled by difficulty.

We’ll be hosting another developer twitch stream on 5/30 at 8pm PT. We hope to see you then! In case you missed last week’s stream, you can catch it here: Twitch.tv

interesting video. I have to ask with telekinesis, will you be able to throw people through buildings?

Late in that gif an enemy hits the roof and breaks it. If enemies hit with enough force they'll break the structures.