Hey there, spellcasters! We’ve started the New Year off right by getting in some important new features implemented into Fictorum. Falling debris now causes damage to enemies, the enchanting table has gone the way of the dinosaur, our world map has received a massive visual boost, and we’ve made a few other changes that will adjust the difficulty of the game.

Posted by ScrapingBottomGames on Jan 18th, 2017

A very important feature was implemented in the latest patch: debris from destroyed buildings now deals damage to struck enemies!

Previously, enchanting was only possible at designated tables hidden throughout the world. We intended this to encourage exploration and add a bit of challenge, but this ultimately proved clunky; It broke the flow of combat, requiring players to expose themselves to enemies during the enchanting process. Also… why would a powerful wizard require a special table to perform enchantments?

For this patch, we decided to do away with the enchanting table and instead create an easily accessible panel that is available at all times. We even went one step further, cleaning up the UI and adding an item tooltip that shows exactly what will happen after an enchantment is performed.

We want to ensure players are appropriately challenged whenever they encounter the pursuing Inquisition Legion, underlining how deadly they are. Now, whenever the Inquisition catches you, reinforcements of deadly warriors will periodically spawn into the area!

Chip and Greg worked on a huge upgrade to the world map in this patch! Here are the important changes: 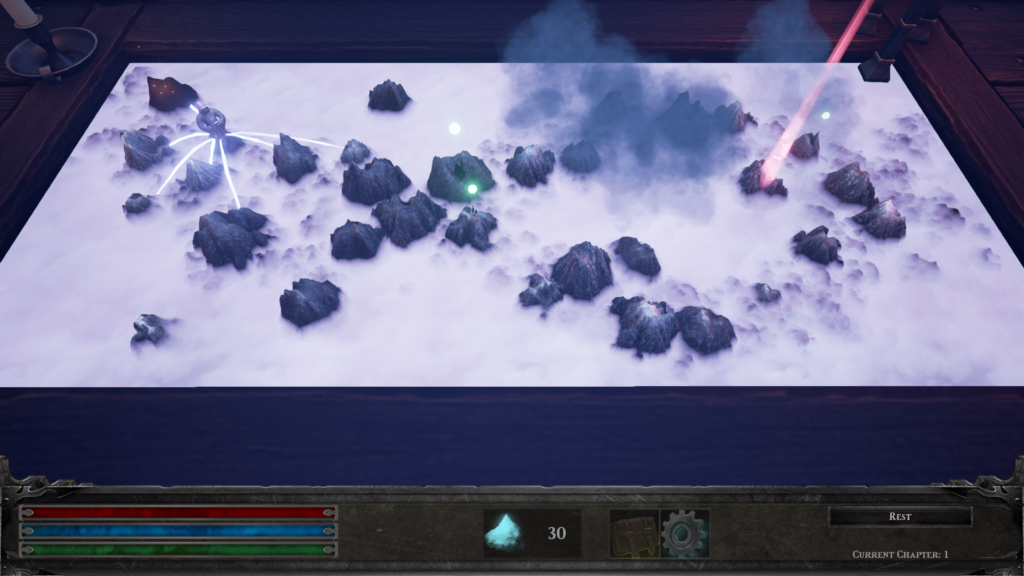 This change has been a long time coming—we’ve added two new levels of difficulty:

Reese Mode – A difficulty for someone who is terrible at video games (e.g. Chip’s brother, Reese, who is notorious for this). Enemies march slowly towards you, deal pitiful damage, and fall from the simplest of spells. However, those cowardly enough to select this difficulty will be forced to wear the Helmet of Shame (which also happens to be one of the first 3D models ever created by Chip). 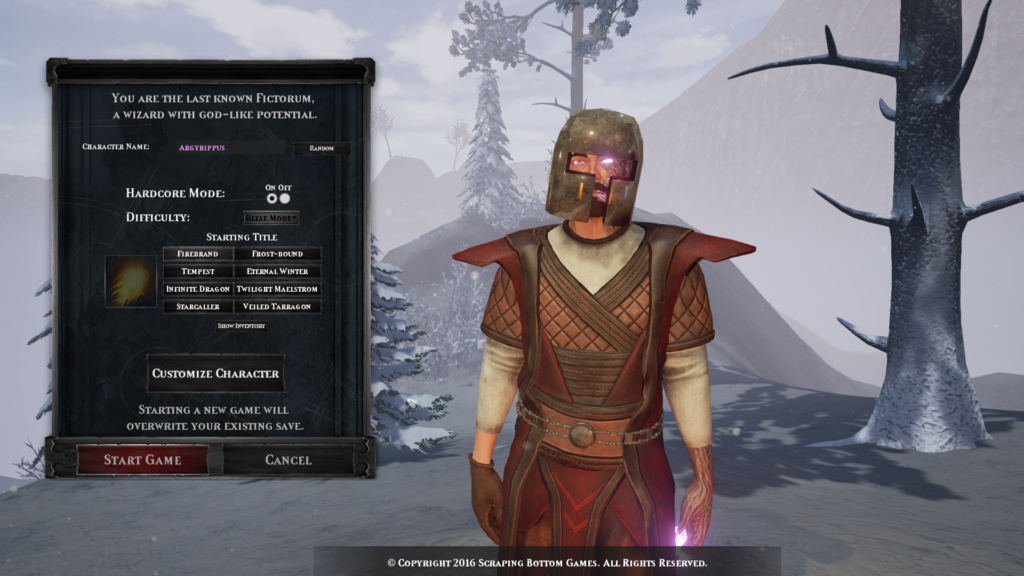 Nightmare Mode – Counterpoint to Reese Mode, Nightmare is intended to be incredibly challenging, but the goal is to still be realistic and fair to the player. Enemies take about as many hits as you can, move as quickly as you, and possess similarly deadly weapons and spells. We’re also planning for falling debris to deal damage to the player and for them to be affected when struck by their own spells on this difficulty. We readily accept that we are not the world’s most skilled gamers, and the intention is for Nightmare to be too difficult for either of us to beat.

We’ve been getting annoyed with how often we fill up with runes in our playthroughs. That’s why we’ve added 50% more rune slots!

Additionally, we’ve added more room to the vendor and item overflow panel. Here’s what it all looks like in the latest patch: 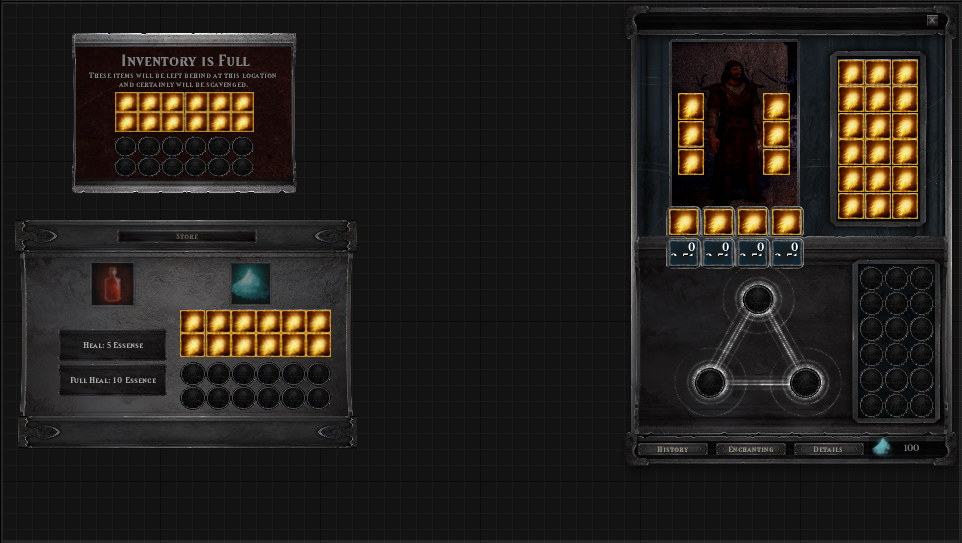 Leif is very close to completing our new house kit. Once he’s done, the team be spending a large amount of time creating new houses, filling them with life and props, then replacing our old houses with these new ones. We’re really excited about this, as these homes will look significantly better than the initial set and have substantially improved destruction!

We’ll be hosting our next Twitch stream on 1/24 at 8pm PT—We hope to see you there!