The third week of updates for Gunload brings us to the third unveiling of an enemy, the Feigling.

The Feigling is much taller than the other two enemies so far and proves a more difficult challenge. 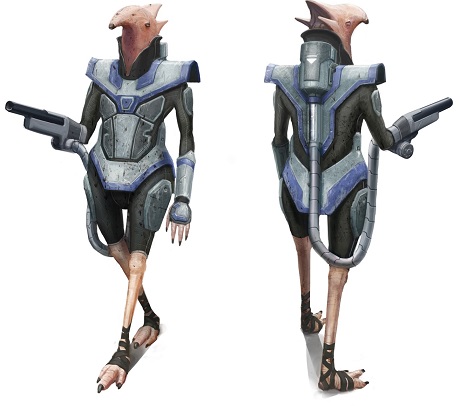 The Feigling has a grenade launcher attached to their arm and shoots at the players. Should these grenades hit the player they will blow up on contact, taking a hefty amount of health away. This encourages constantly moving and strafing around this enemy, as staying still will surely bring your demise.

If players are able to get close, the Feigling will attempt to run away; its long legs allow it to scurry away in a hurry. Whenever a Feigling is killed, they drop a grenade that players can pick up for ammo. 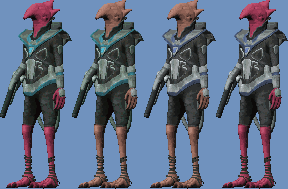 Color test for the Feigling

I wanted to take a moment to also talk about the level design I am trying to employ within Gunload by using examples from other games first. Next week will have a preview of a current work-in-progress level. 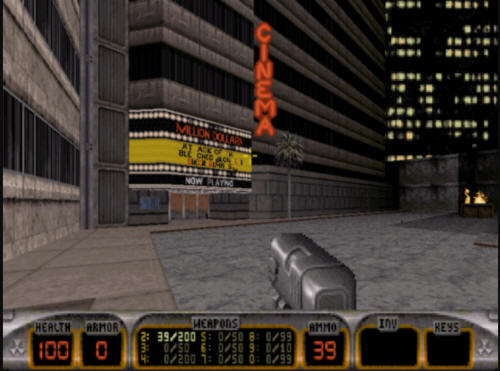 In Duke3D, the first level is arguably the most iconic for the entire series. In Hollywood Holocaust, you had a movie theater with multiple pathways to the exit; you could walk through the backdoor into the theater, blow up the ticket booth and walk in via the front, get to the projector room with the keycard by taking the stairs or by crawling through the vent in a bathroom into a secret entrance, collect the jetpack hidden behind the movie screen and fly up to the exit, or walk straight through the arcade and use the keycard. 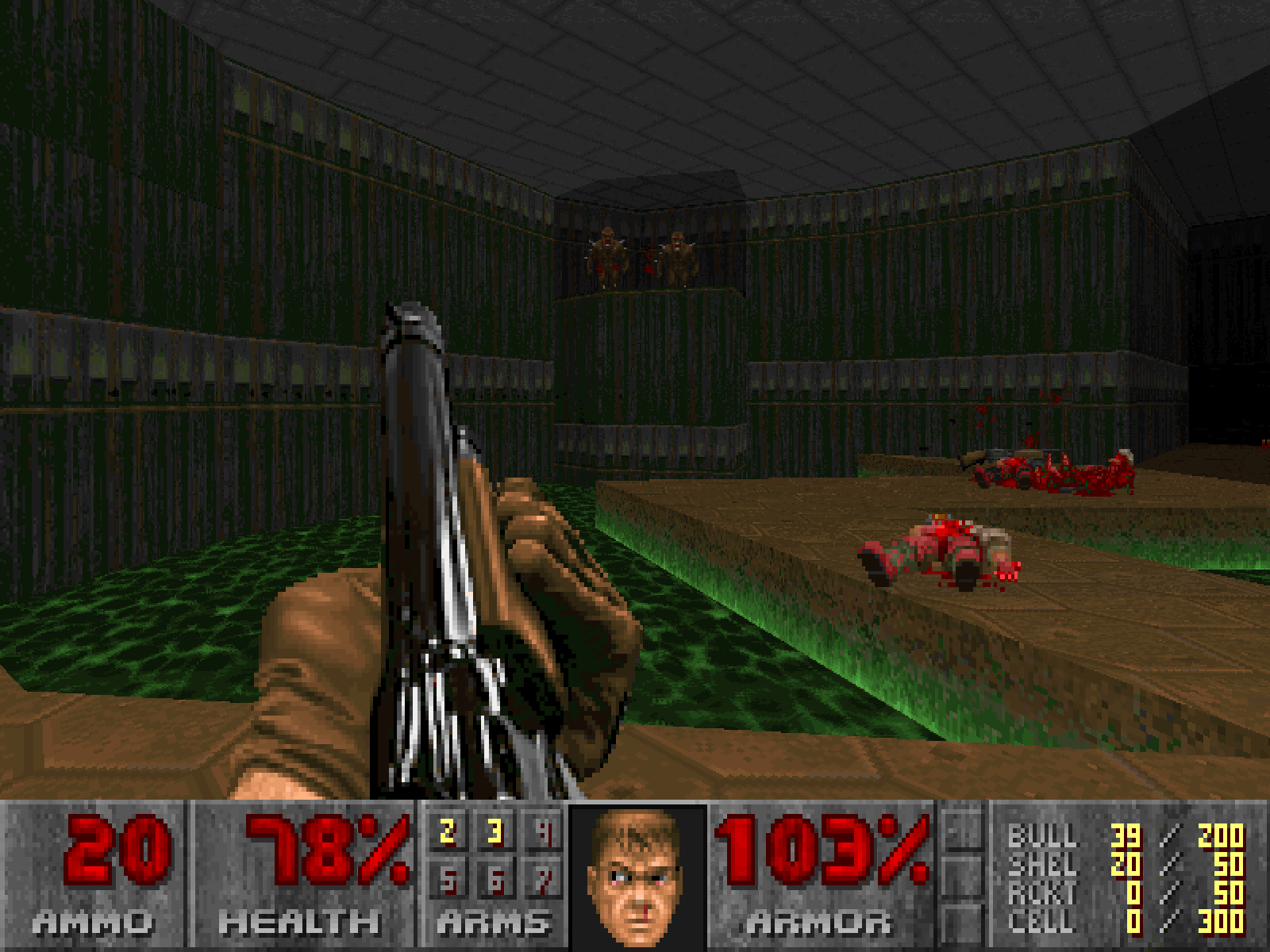 Doom and Doom II's first levels were similar in design to eachother; they were a giant horseshoe shape, a very easily navigable set of hallways with a slew of fodder enemies to get players used to how the game works. Veteran players could also find a few hidden weapons, sometimes even the strongest in the game, however they'll still be starved for ammo. 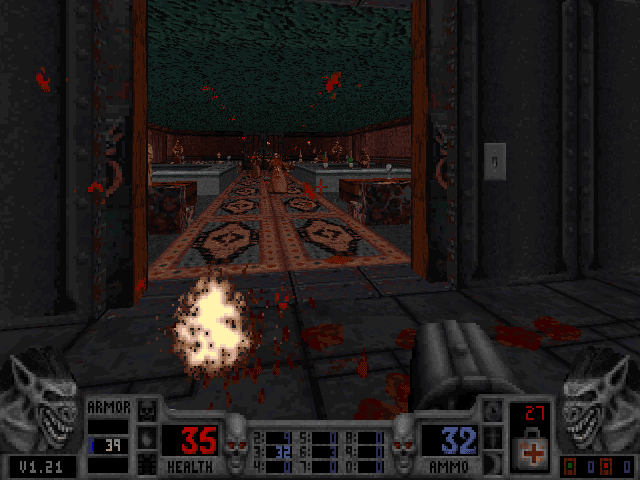 Outlaws and Blood both have a train level, and both are extremely fun. They aren't as long as other levels, however they incorporate a more unique and smart form of backtracking and a constant hazard of falling off the side of the train. Blood takes it a step further and has some of the walls blow out! They are great diversions to the typical level setup. 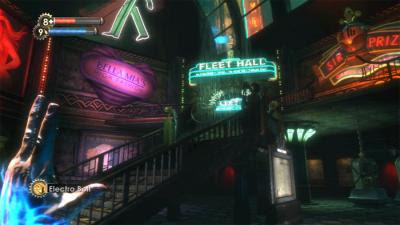 A more recent example is Fort Frolic from Bioshock. There is a main atrium that connects most of the level and players return to it often. Any supplies the players haven't picked up yet are still there, they remember where the vending machine shops are located, and there's even a bit of destruction left over from previous battles they've had. There's also quite a few optional areas to explore with items to collect.

A lot of FPS games from the 90's had similar structure; mazelike, key finding, backtracking, exploration, multiple pathways, abstract structures and geometry, and lots and lots of secrets and hidden goodies. Gunload will include these plus more and attempt to balance it all into a perfect mix. More will be revealed next week!

Those are good level references!