With DOL you have access to the language database. No matter which language you choose - changes will happen just easily.

With DOL you have access to the Yume database. No matter which language you choose - changes will happen easily if you use one of the predefined languages from the list.
But it will be also possible to add new languages. I don't want to create a piece of software with hardcoded language.

In the end YRPG will be for the world and not only one country.

So what is the state of art?
With DOL the developer will get the opportunity to change 60 different Texts which are a fundamental part of the gamplay.

So a DOL Object affects this Features: 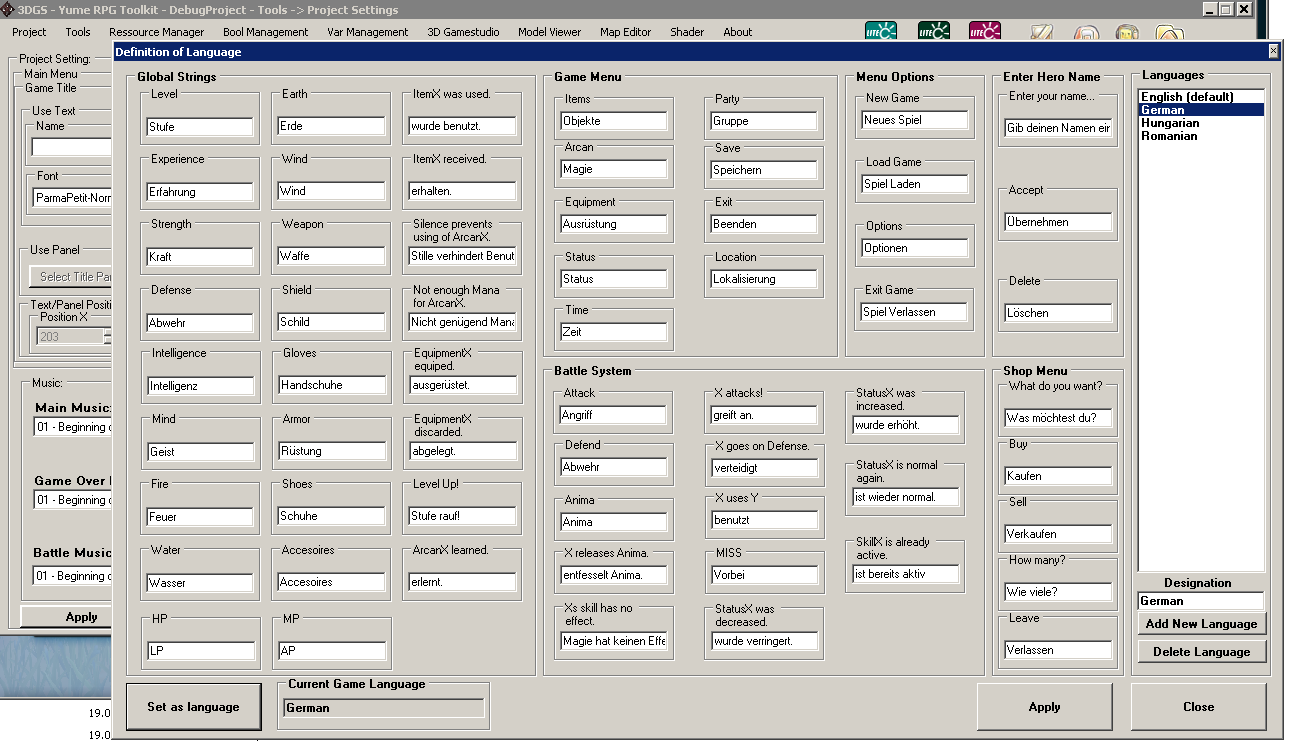 It's possible to choose one object of the DOL List as "Game Language". Changing between different languages or language styles will happen within a few seconds.
All of the languages above working really great.

Spanish and French language will come to as DOL Templates. 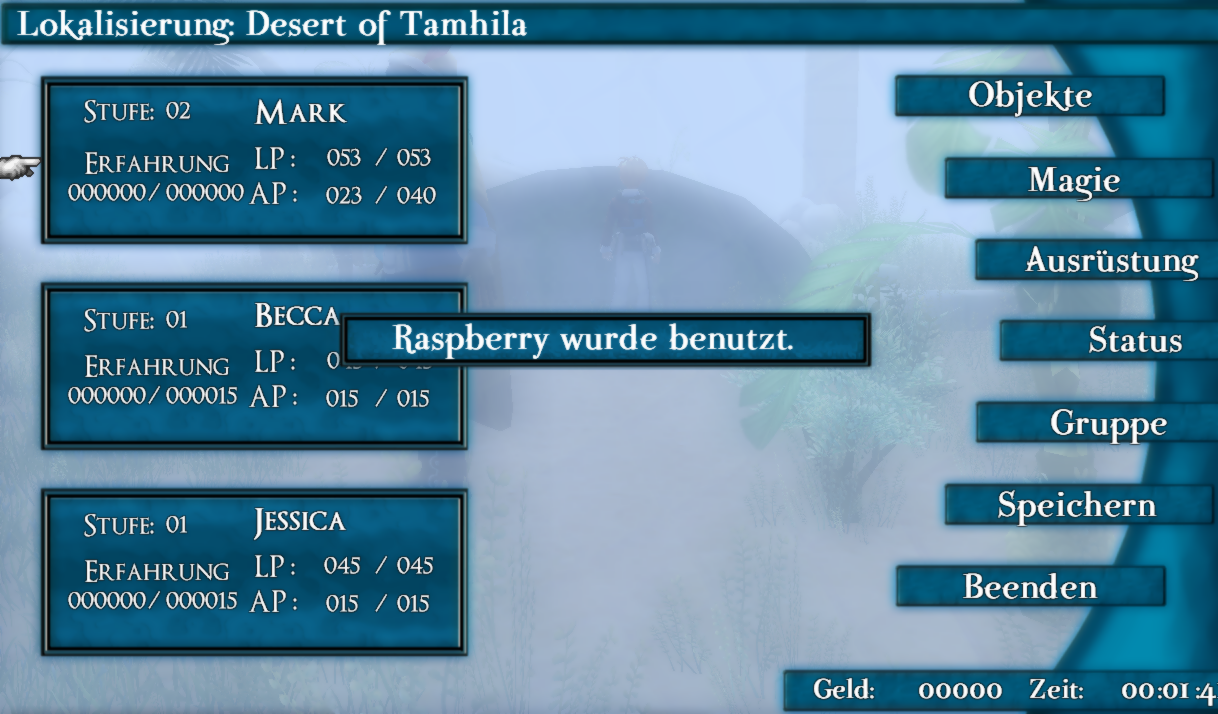 Using of a German DOL Object.