Fakefactory’s legendary Half-Life 2 graphical upgrade mod has been updated tothe 12nd version this winter. If you guys haven’t heard of it, it’s called Cinematic mod, and it started as a really simple texture pack for characters, just to train himself for modding…now, it has became a lot more then that.

Fakefactory’s legendary Half-Life 2 graphical upgrade mod has been updated to the 12nd version this winter. If you guys haven’t heard of it, it’s called Cinematic mod, and started as a really simple texture pack for characters, just to train himself for modding…now, it has became a lot more.

The mod has totally changed the feel of the game to a more realistic / darker / „cinematic” level. Unfortunatly this was the whole reason, why some narrowminded half life fanboys have started to hate the mod. After a while the mod has become an „outlander” on moddb, and the development has gone private. Good news is, I have updated the moddb profile with the last two verrsions: 11.35 is the last stable version, however it is damn dark, i can’t see a thing sometimes. 12.21 is a lot more polished on the ligtning front, however it has some invisible walls sometimes, and you have to noclip through.

The mod doesn’t show up int he steam library anymore, it has its own launcher now. The launcher also inclueds a character pimper: you can choose among the custom skins for all the main characters, and it’s possible to play with the original Alyx. Some of the mod fans had a problem (such as myself) with the „pimped out” Alyx, since poor thing is a "bit" bulimic, and has so much makeup, that an avarage girl's head would not be able to handle the weight of it. This also goes for the female rebel characters unfortunatly. 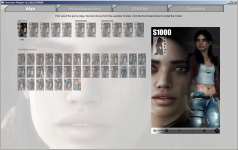 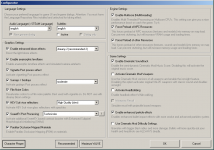 But as I said, all characters are optional before anyone starts to hang himself. However theres another slighter disadvantage: the minimum config. If you want to enable all the incredibly sexy features, you also have to have at least 4gb of ram, and at least a powerful dual core processor. I played it with my little i3 processor, and had no lag while recording it in fraps 720p, so it’s not that terrible. This is my simple eat @ medve walkthrough of EP1 and EP2 (i will do a lets play with the pimped out HL2 with my extremely boring voice if i have the time).

The download link can be found here, these are all torrents. If you have trouble downloading torrents, theres a long mirror list ont he official cinematic mod site (I recommend the maverick server links, which are also posted in the download comments).

It's always been possible to use the original Alyx model, just sayin'.

Ah excellent. As usual it will be entirely brilliant apart from the hormonal-centric character models.

They are all optional and the mod has the original models set as default. You would have to enable the new models via the "character pimper".

The stupid graffiti is not.

waz up! thanks checking this

The power of Source!
Thanks for sharing!
The beginning is great ;)
The band is called DaftPunk I think or not?

Does this work with linux?