Enemies other than zombies. There are different groups in Hazard the plague.

Posted by OsirisGodoftheDead on Jul 28th, 2013

Humans and animals that have been infected. There are many different types of zombies with different abilities. Zombies will try to kill all uninfected factions.

There are a few planned hostile factions:

Nazis- Members of a radical Neo-Nazi paramilitary group which has been stockpiling weapons since before the outbreak. These guys will try to kill zombies, player, and friendly characters.

Black Ops- A military group that went rogue after the outbreak. They have very good armor and weapons, and are able to shoot very accurately due to years of elite training. T hey will cooperate with the Nazi paramilitary group
[Subject to change if I can figure out how to add more factions]

Raiders: People resorted to looting and murdering after the outbreak. These guys cooperate with paramilitary groups, but try to kill everyone else [Again, subject to change if I can figure out how to give them their own faction] These guys have piss poor accuracy due to never receiving any training

These groups will follow player and will not attack player unless provoked. These groups include police and military as well as some civilian forces.

Currently, only the Nazi heavy has been completed, so here are some pictures of him: 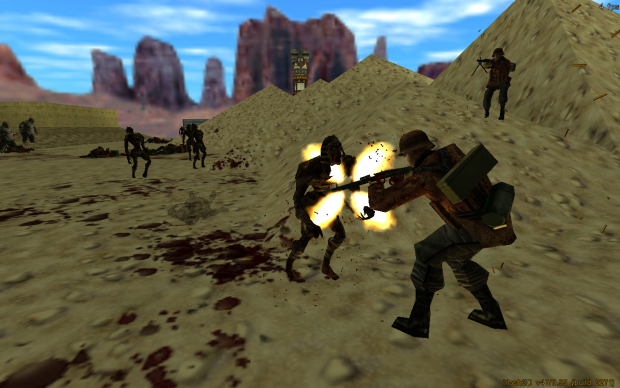 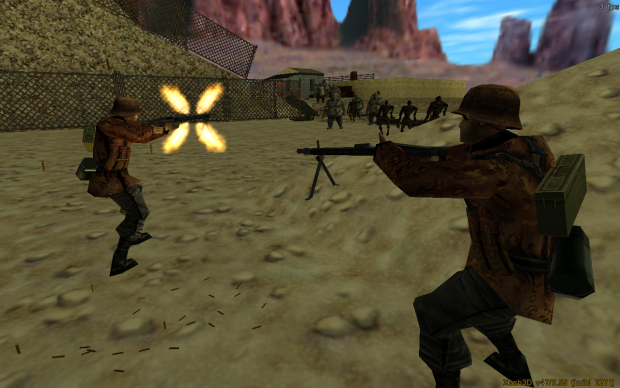 I will not be uploading many more screenshots as I don't want to spoil things.

It is good to know that there are still mods this ambitious being developed for the original Half-Life.

Keep up the good work ;)

Gotta love the different factions this mods provides, keep it up! Dont die on us