The fourth ICW faction makes its debut in Ascendancy. And also complicates the faction select screen, but more on that later.

1.0 is going to ship with 2 new factions, being the Empire of the Hand which everyone knew, and the Pentastar Alignment which several people guessed. We always said we wouldn't do the Pentastar Alignment in Ascendancy unless we were able to ensure they weren't just the Remnant with a few different units, despite the pretty significant demand for them. While working on them for Imperial Civil War I was able to track down enough unique Imperial and Republic holdovers to fit them, while also contributing to a unique playstyle to make them worth the faction slot, so here they are. This also entails a few changes to the Remnant which are explained below.

"The New Republic is still merely the Rebellion, thinly disguised as an official entity. They are outlaws, and they will continue to think and do as such. In the Pentastar Alignment, there will be no tolerance for any Rebel insurrection." - Ardus Kaine 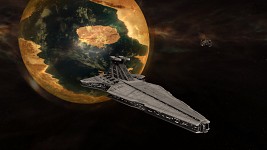 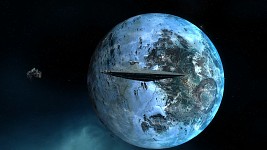 The Pentastar Alignment is one of the many groups which the Empire fractured into after Palpatine's death, and it would prove to be one of the most resilient and powerful. It was established from Bastion in the New Territories by Grand Moff Ardus Kaine four years after the Battle of Yavin, whose political leadership, although not unchallenged, provided a far more stable alternative to that based on Coruscant. When Palpatine returned to temporarily unite Imperial forces against the New Republic, the Pentastar Alignment ran an initially highly successful campaign into the core, although this success proved short lived as both Palpatine and Kaine were ultimately killed in the conflict. After their deaths the Alignment once again returned to isolation from other Imperial groups, until it was formally annexed into Natasi Daala and Gilad Pellaeon's reunited Empire in 12 ABY. The impact of the Alignment on this new Empire was still quite strong, as Kaine's flagship, the Reaper, became the Imperial flagship under Pellaeon until its destruction at the Battle of Celanon. Bastion also became the new Imperial capital, and the Alignment territory was among the last remaining to the Empire by the time it finally made peace with the New Republic in 19ABY and later joined as a member state of the Galactic Alliance against the invading Yuuzhan Vong armada. 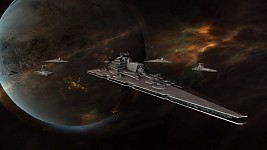 In trying to make these two factions have different playstyles and feels, we've essentially tried to emphasize two different aspects of the Empire militarily, which is shown by the unit lists. With the Imperial Remnant, we've shifted more towards the Dark Empire style with a higher emphasis on the titans and superweapons, like the World Devastator and using other ships as support for those. With the Pentastar Alignment, we've focused more on the power being with the fleet itself, with a strong emphasis on fighter support and the strength in numbers philosophy.

Culturally and economically, both will still have a similar Imperial oppression style, however the Remnant will have the techs that open the faction more diplomatically, which the Alignment does not. The Alignment has more of a focus on the economic side, getting access to trade earlier and more easily, and with less emphasis on taxation as the primary income source.

First comment, YAY!
I TOLD YA Nicktc!
All hail the Alignment!

Indeed my friend! Glory to the Alignment!

So sorry accidentally down voted you kucsidave

Huzzah! A new faction I can useth to conqu'r the galaxy!

will the sovereign have a superlaser as an ability?

It already has in the previous two versions.

Aww yisss out-dated ships with newer ships, I love the Pentastar Alignment for it's variety.

The right term is not outdated, it is merely refitted ;)
Sounds much better, isn't it, my friend?

Who cares, we get Venators again.

Haha that is awesome! I am sure that I will mostly be playing as the Pentastar Alignment now, simply for the fact that the Venator Attack Cruiser/Star Destroyer/Jedi Cruiser/whatever-you-want-to-call-it is my favorite ship EVER!

Shouldn't the Pentastar Allignment also get the Executor (or their own version) since their primary dude (Kaine) used one (The Reaper)?

I guess that would make them too similar to the Remnant if they had one as well.