We have added new levels, fog, better performance, and much more. Check it out!

My name is Kyle Stankovich and I am the Co-Founder and Lead Programmer of Turmoil Studios, an independent game development team. We are currently developing a mobile Android game called Battle Dash. It is an endless runner that is similar to other games, but it has a unique concept. Throughout the game, the player will encounter random bosses that will try to defeat the player. You will have to play and beat some small yet very entertaining mini-games to defeat the boss.

We have been making this game for quite some time, but we have been mostly silent for the last couple months. That is about to change now. I have great plans for our team in the upcoming future, and I plan to keep you guys posted as much as possible throughout the development of our game.

There have been countless changes made to the game over the last couple months. There is no way for me to put it very shortly, but I will try my best. First off, the graphics of the game has been improved slightly by us adding fog to the game. See the image below: 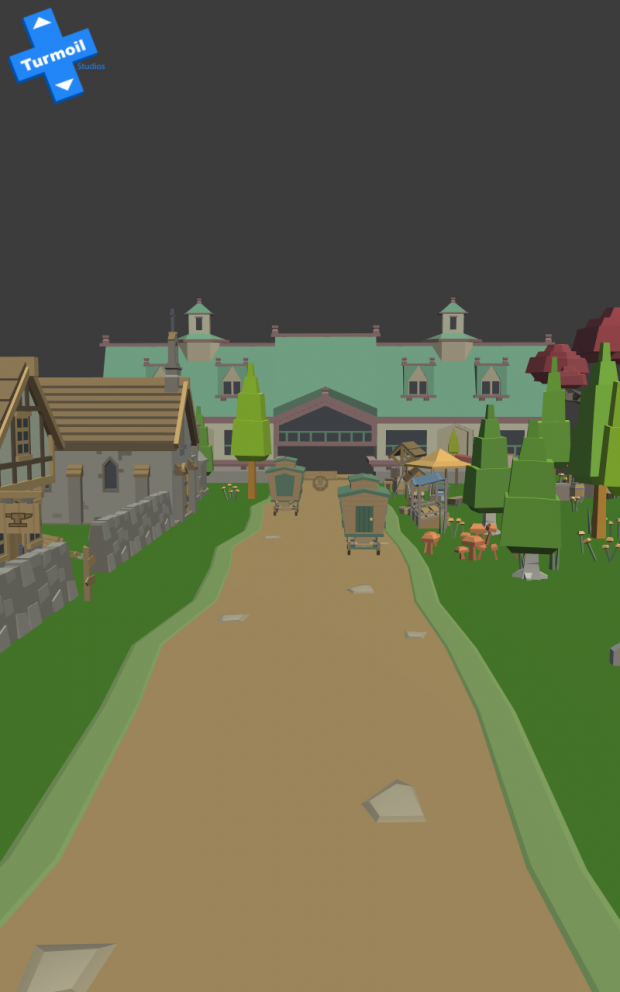 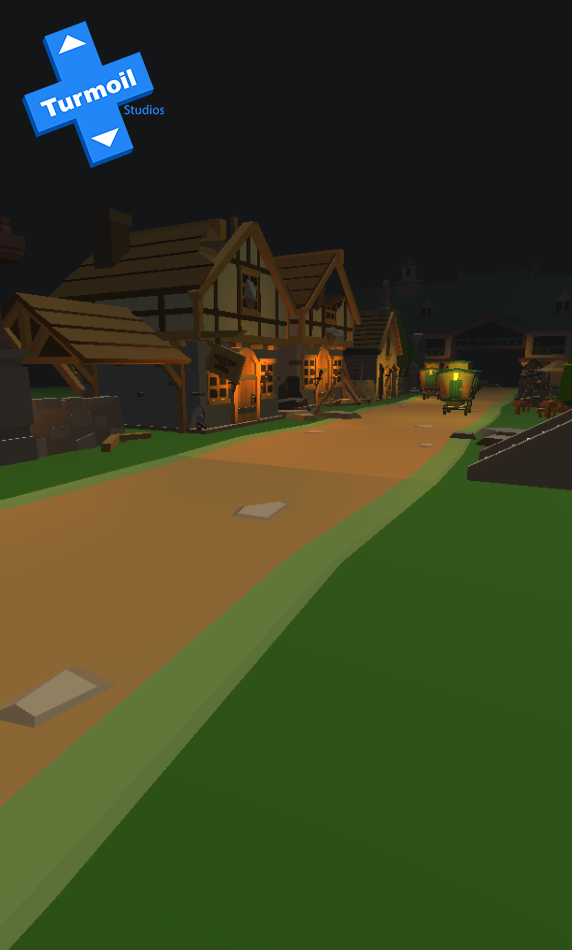 As you can tell, the graphics have been significantly improved since the last screenshot posted here. All we have to do was add some dark fog, some lighting, and lower the overall ambient light, and the setting of the game completely changes. With that being said, the graphics could be improved upon further. We still have not utilized any sort of "baked" lighting(which can make the game look better and run faster), but we will get to it eventually.

This is something that I am not going to discuss in much detail here because it is such an extreme change to the game, there will be another post later on about it. To sum up though, I (being the Lead Programmer) have built an entirely new battle system from the ground up. Since we decided this was going to be our main gameplay point for Battle Dash, one of our designers, Jacob Lovell, came up with a new design for how battling works. After a couple weeks, I successfully have implemented the battle system. There is some polish missing and one small mini game missing where the player will need to dodge hits, but that is because we do not have an animator working with us right now. All in all, I am very proud of how the battle system has turned out and there will be a later post on this alone. 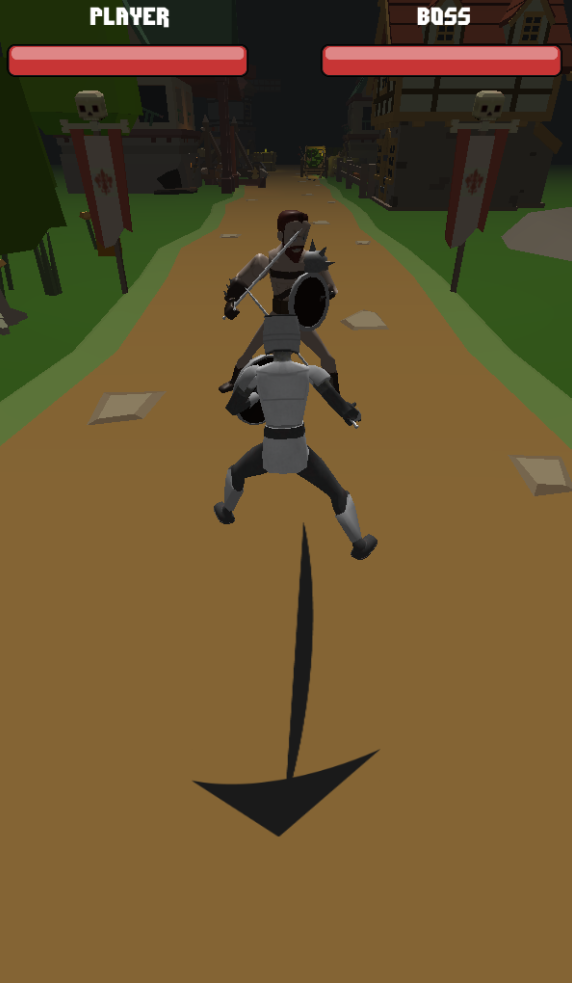 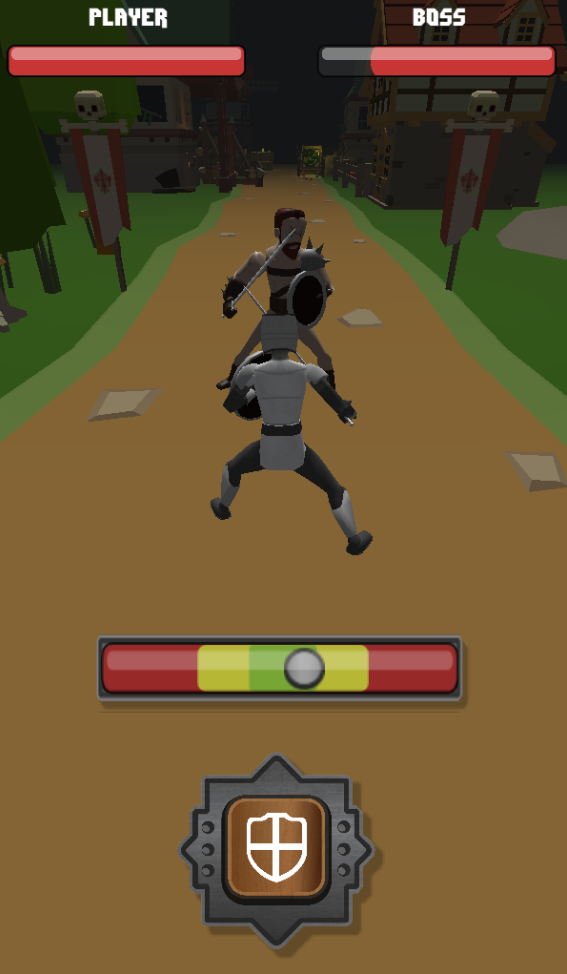 Not only have we added some important game features, we have fixed many bugs that existed in the game before. I am definitely not going to remember all of the fixes here, but I will do my best to talk about some of the most important ones.

First off, we have improved the performance of the game. There was an undetected bug where the game would generate an extra level section every time a boss was spawned. This was okay for a while, until the player kept on going and going until there is like 12+ level sections active. Even though the user only sees 2-3 sections at a time, all of the other sections were getting rendered in the background, thus dropping frame rates drastically.

A lot of small changes have been made as well. We added a smooth transition for when the player swipes left or right, where this used to be instant and didn't look right. Some colliders have been changed as well, meaning that no one can die from some invisible barriers that existed before.

To conclude all of this, I would like to say that development of Battle Dash has came along very well. It has been a little over 3 months since our last update. There is much more for me to talk about, but I will break it up into separate articles. I am ready to start making regular updates for the game as it comes along, so please look forward to that. An article on boss battles is coming up soon. Thank you for reading!

Sincerely,
Kyle Stankovich and the rest of Turmoil Studios