A new build of the Expanding Fronts mod is available, featuring an immense amount of new content, including two new playable civilizations!

It's been a long wait for everybody, but we are finally proud to announce that Expanding Fronts 1.3 is now available, featuring two entirely new playable civilizations - the First Order and Resistance. Our latest build can be downloaded from the link below:

AI:
- AI has been completely reworked to utilize the new EF civilizations and features, and to function more intelligently overall. 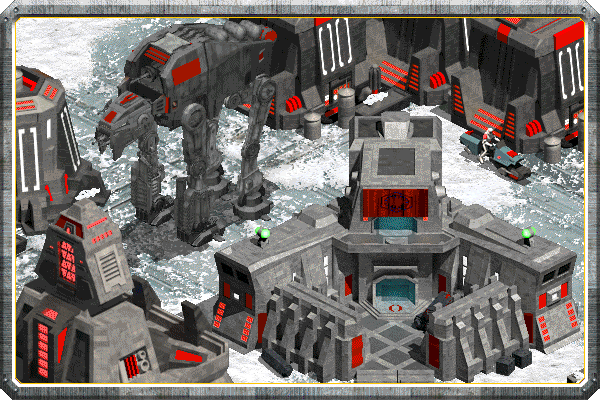 SORRY ABOUT THE MESS

For many of us - developers included - the wait for 1.3 has been a long and often frustrating one. Adding a single new civilization to the game, let alone two at once, is a massive undertaking from both the art and engineering side of things. To make matters worse, none of us were expecting to get smacked by a global pandemic which further put a damper on our ability to work on the mod.

We know that some folks became quite upset during the wait, but the team can rather proudly say that we waited as long as we did to ensure that our players got the best end-product possible, and we hope that you'll see this in today's update.

Moving forward, we're hoping to get additional updates pushed out at a faster pace than before. We've only scratched the surface of our future plans for the mod, and we're looking forward to bringing you more content in the near future.

Awesome can't wait to try it.

The new civs are great, though the Tec Tree screen is a bit weird, and inaccurate on every civ.

It'll be fixed in a future patch. Fixing it would have delayed the release for quite a bit.

You guys are the best! Amazing job there!!

Hi guys, I need help, sorry for my bad English, after grabbing and dropping the mod in the specified folder, when starting the mod once the installation has started, it gives me a message saying that the expanding fronts of the fields Star Wars Galactic Battlegrounds stopped working and closed. It does not allow me to install the mod, any suggestions? There is no useful information in the readme file.

If you need further assistance, please describe your problem, verbose as possible, in our Discord's #troubleshooting channel.

Hey y'all. Thanks for the great work on the mod. I am experiencing an issue with the AI not playing aggressively. They only built workers and a couple troops. This was on hard setting. Is there a fix for this?

We'll have fixes to AI and other things in upcomming patches soon.

Just installed the mod and it looks cool. I have noticed though that formations and behaviors for my units seem to be missing. I am guessing that it is a bug, any idea how to fix it? Also a way to fix the databanks images being blank would also be helpful.

Just press the + button in the upper right corner of the minimap to get formations and behaviors back.

Just wish we could build heroes in normal skirmishes... xD

so which folder exactly do i put the GAME folder in?

hope the team have plans to fix Random Map AI, it's quite boring playing alone without enemies on the map

and fix FO and RE in game models, they look a bit large comparing to other factions (specially buildings and sentry posts , they look awfully huge)

Wow. You did it!! All the publisher need to do is pay you(hopefully) and release an HD version of the COMPLETE "Skywalker" SAGA.

Great Mod! However I wanted to let you know of a major bug I have come across pertaining to the Gungan Civilization. When I was playing though the Gungan Campaign I noticed that I could no longer build on an area that was previously occupied by a Gungan structure, specifically the shallows that are left behind when a Gungan structure was destroyed. Also the underwater prefab shelters can no longer be selected once built which also effects enemy players where they can not be selected for attack. This effects standard games, scenario editor and multiplayer. I don't know if anyone else is effected by this bug but wanted to put it out there.

Fastastic mod! One commentary though - you have replaced the Confed. buildings with new ones (which is great), but also affected the campaign missions, set on Geonosis. Those buildings should still be Geonosian. Is it possible to replace them?

Congrats on being featured in the May Madness emails!