Eviternity is a 32-map Doom megawad that is in development. This article explains what's going on currently, who’s involved, and what to expect!

Eviternity started life as “Project Decadence” in March, 2018 – Despite it’s short development lifespan the project is already one third complete!

This is a little blog post to inform you of the work going on currently, who’s involved, and what to expect!

HOW IT ALL BEGAN

Ola “Ukiro” Björling reached out to me (and a few other skilled mappers), stating that they have been working on a new, high quality texture pack and wanted to know if I was interested. I was very excited to see what was in the texture pack, so I popped it into SLADE and browsed through the textures to find I’d been gifted what feels like the holy grail of texturepacks! I could sing praise about Ukiro’s work for days, no doubt about it.

I was very quickly enticed to make a map, and Ukiro was considering hosting a project for the textures, but this didn’t seem to kick off due to those he contacted being busy with other projects. This didn’t stop me, I just had to make something with this texture pack – so I decided to make a little Scythe II styled map (pictured), which is now in the MAP01 slot. Having seen that there’s a lot of variety in the texture pack I quickly decided I wanted to try and make use of a lot of them to create a wide range of themes, and from here the concept of a one-man megawad very quickly became the goal. 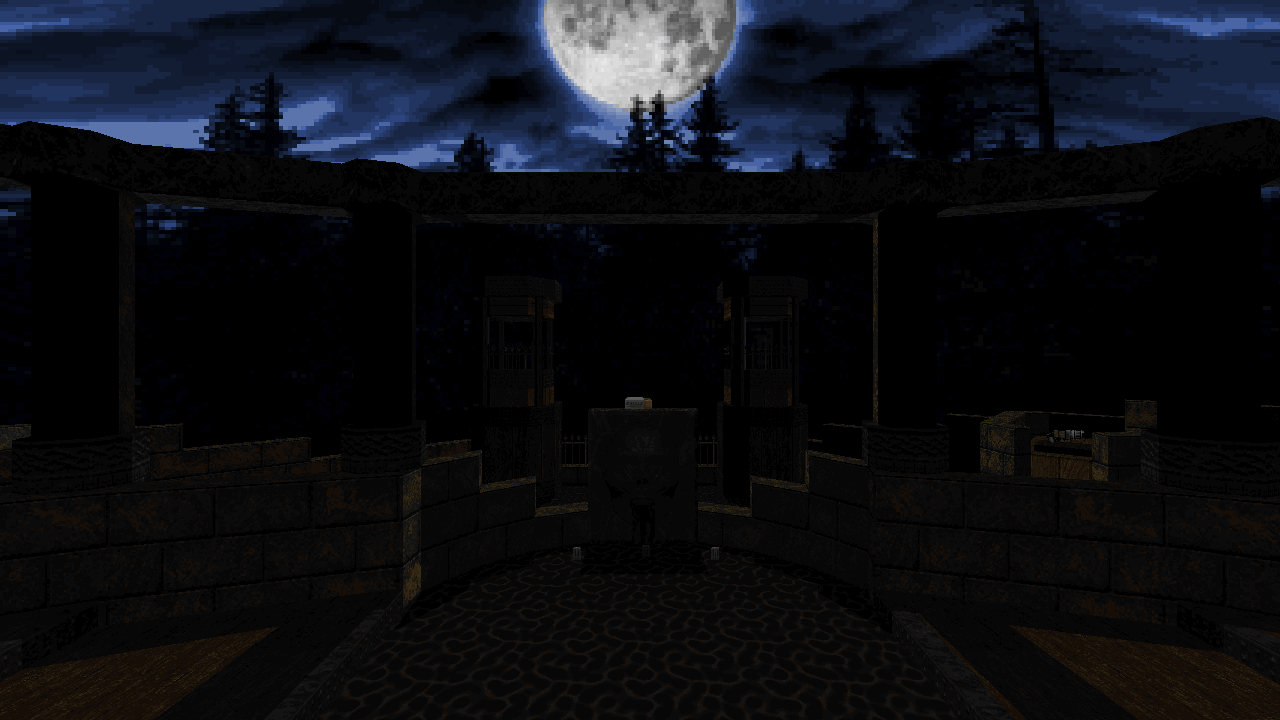 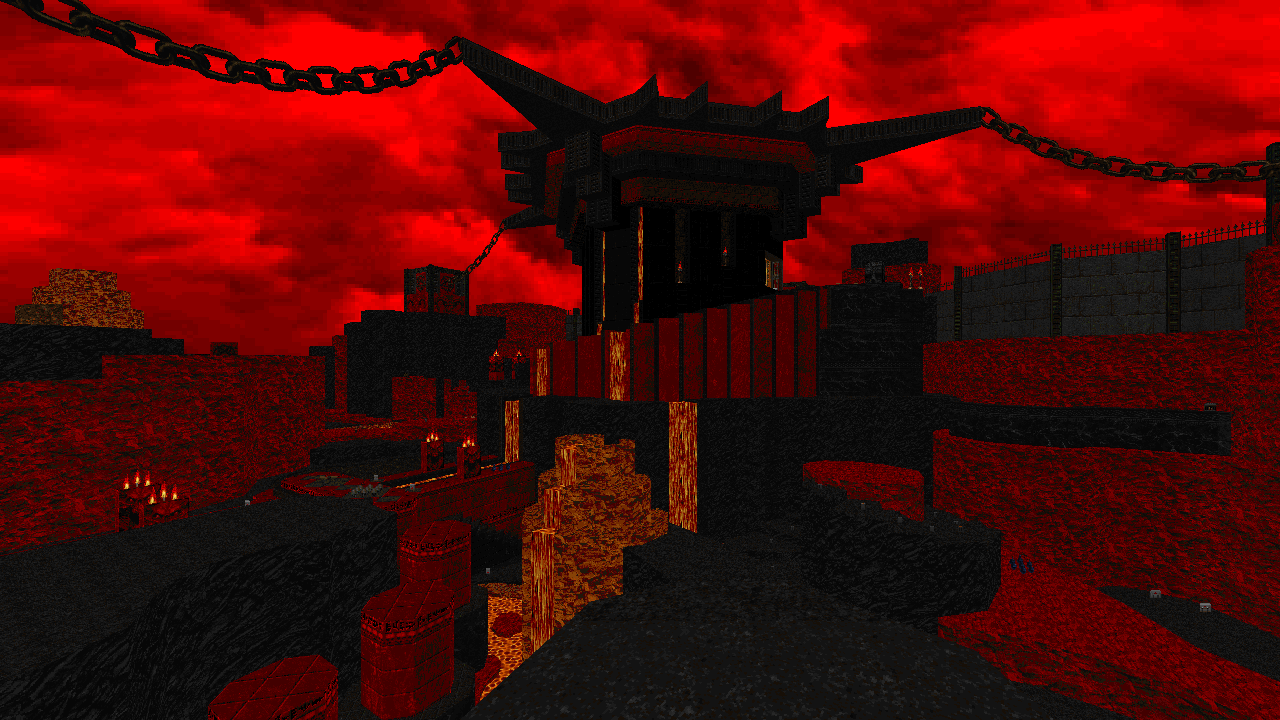 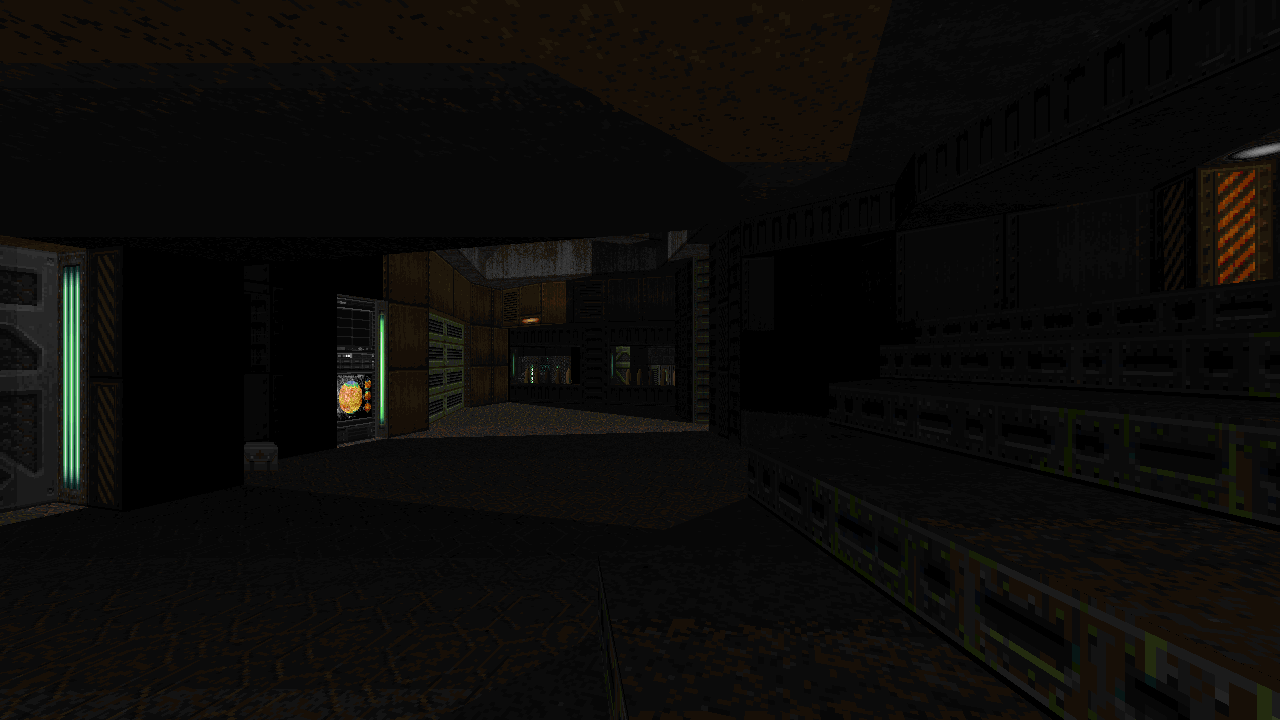 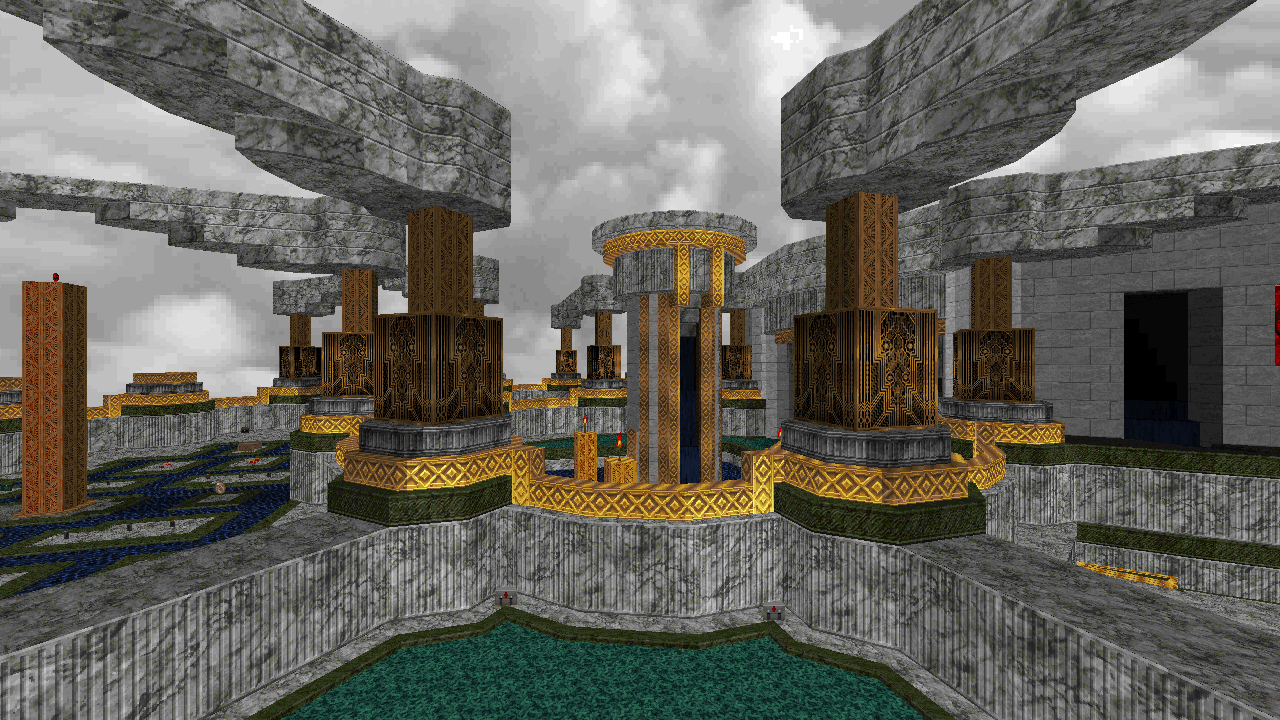 After making the above map I quickly started the next, a map to follow on directly after the previous (the end of the previous map is the start of this map). This map mostly takes place in a series of caves and ups the difficulty from the previous map. While developing this map I was pondering the next theme(s) to work on – after browsing through the textures on stream, I’d established most of the themes with the help of the viewers on my Twitch livestreams. The themes at the time were: “Medieval”, “Techbase”, “Ice”, “Hell” and “Brutalism”. I hadn’t yet concluded what the 6th and final theme should be.

Having decided on themes meant I’d decided to essentially make episodes, each separated by a “Death Exit”, which forces the player to start each episode with a pistol start, allowing me to create small experiences based on the theme.

In terms of mapping, I’ve decided to ‘establish the themes’ by creating two maps in a theme, then moving on to the next one. I made two medieval maps, then two techbase maps, then two ‘brutalism’ maps (which have since become known as “industrial” maps), two hell maps, etc.

The sixth theme was decided on – The Heavens! This theme will feature large, bright architecture with pleasant uses of whites, golds and blues to give off a unique appearance.

While streaming this project’s creation, I’ve gained interest from other mappers in the community. This helped me decide to have “Guest Mappers”, each of whom will make an individual map for the project in keeping with the specified themes. I also reached out to a couple of ‘big names’ in Doom, and much to my surprise I am joined on my quest by a total of 10 fantastic mappers! The following people are making a single map each: 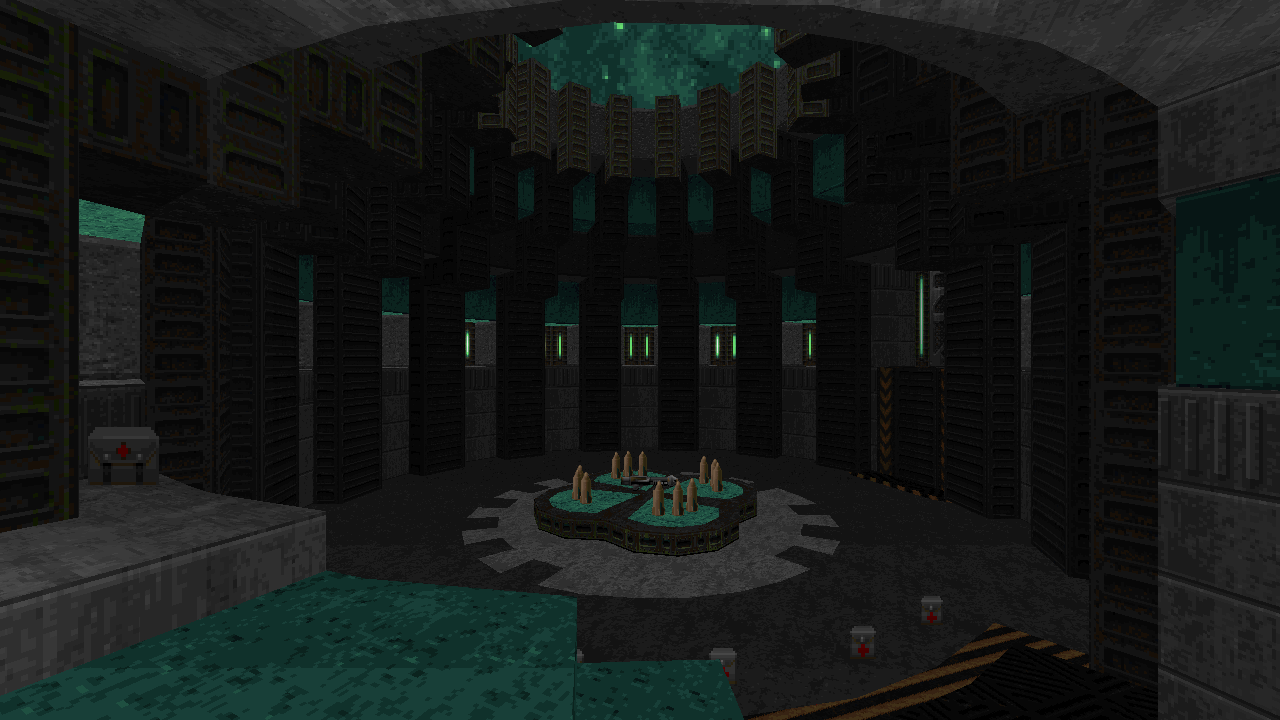 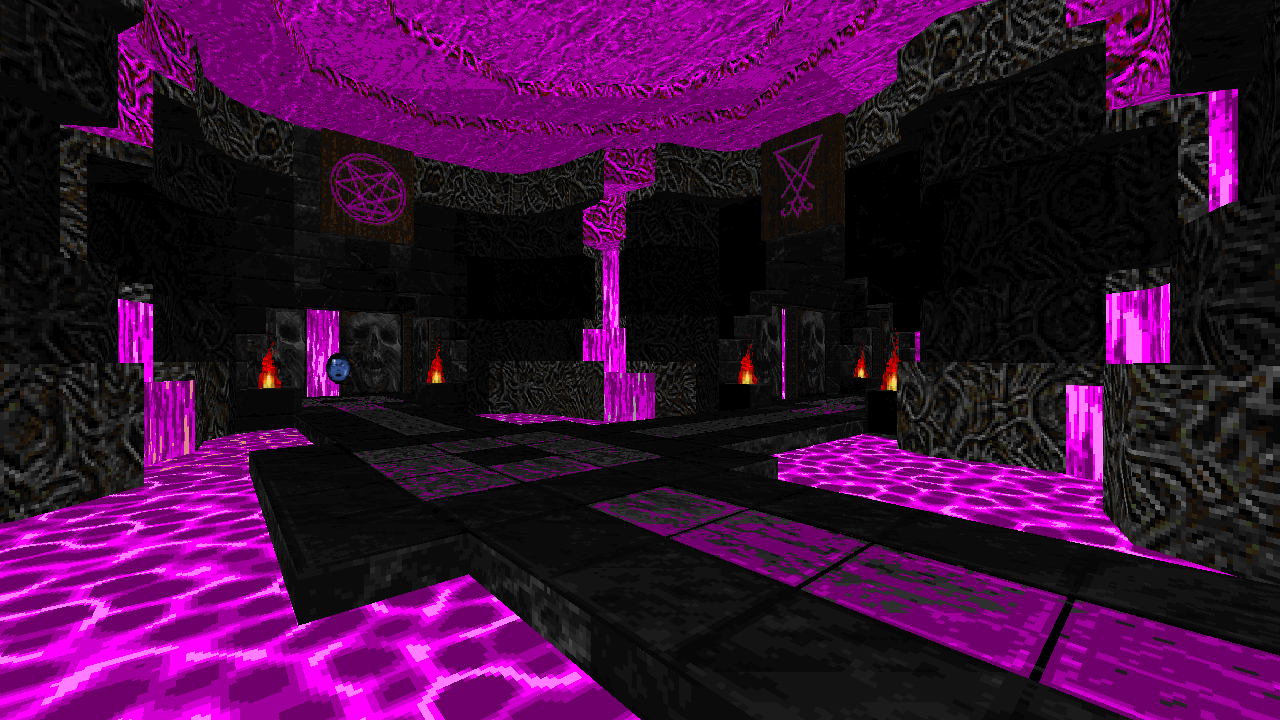 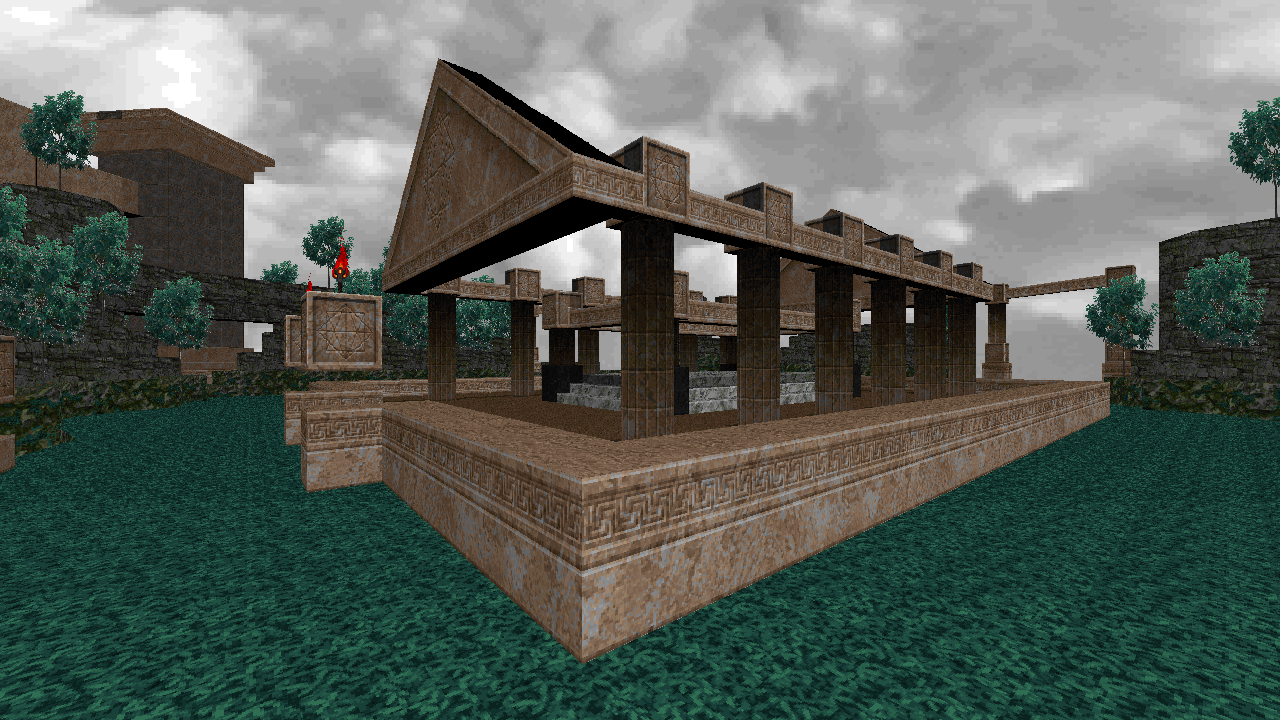 Eviternity’s development speed somewhat contradicts it’s name, and is subject to a fast paced development cycle! I hope to release this project alongside Ukiro’s public release of OTEX, which is going to be released on December 10th, 2018. Failing that, Eviternity will be released in Q1 2019.

For more information, check out the forum thread on Doomworld!