Post news RSS Everything You Should Know About Fear in Hands

After 3 years and each day closer to it's release, Amnesia: Fear in Hands is an ambitious project that doesn't only want to make a high hype but wants to prove that, with persistence, you can push a game much further in it's potential, proving what indie is possible to and showing for what they came for. 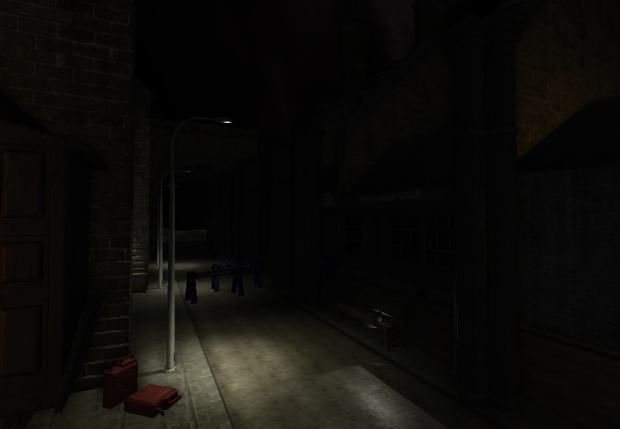 Amnesia: Fear in Hands is each day closer to an official full release date. Being a 3-Year development project, we have dedicated so much into this game, trying to pursue the best quality in terms of what Frictional Games has gave to us. We have always looked for the best and most creative ideas to insert in our non-official sequence of Amnesia, making sure it will be unique and amazing.

We forged a story not only based on horror, but story-telling. Something that The Dark Descent & A Machine for Pigs taught us is that a game is not only made by a good story or good mechanics but the mix of everything in general. We've picked the best psychological inspirations to build a really deep story, that will pushes you on the edge of comprehension. Daryon Wolfinger isn't a good man, but he lost his memory... He doesn't know himself anymore. Only you. The Torturer has a bright past, corrupted by a demon who has tormented him and everyone that he loved. Sofia is a poor lady that lost her mom and is obligated to live with a drunk father with no future. You'll play with all them three. You will discover their pasts and the bounds that connect all them. It's up to you which one will survive in the end.

Our game is not only about the story... We've added a lot of new mechanics. Some of them has been imported from others custom-stories (that yes, will be full credit in the game) and some that we've dedicated our time planning and developing. It's a huge game that needs a lot of attention to the details. There is so many things that you guys will be able to notice when playing the game. Such of them are:

- Amnesia: Fear in Hands will be set in an Open-World Environment. You can explore every room, place or district since the beginning of the game.
- You will be able to play as more than just one character. You can choose three main ones: the main-protagonist, his daughter or the main villian.
- You are not limited by the main story. You can do a lot of side-quests between each objective. Brennard City is a huge place full of people that needs your help. It's not only you that is being doomed by a monster. Helping them will get you some good rewards. 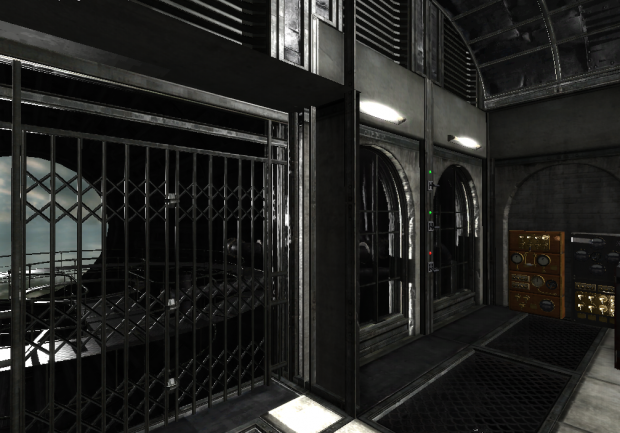 - You can switch the type of lighting system you're using. If you want, you can switch between the lantern and the flashlight, or even a carrying torch. The lantern will consume oil, the flashlight will have a more intense light but will be less effective with the batteries and a carrying torch won't consume anything, but you can't keep it for much time.
- The game will be available in three languages at launch: Brazil Portuguese, English & Russian, with future updates promising new languages support like French & Spanish.
- It will be available for download in three different versions: Default Custom Story, Total Conversion and a Linkr Exclusive Conversion (Featuring a short movie called The Spring of the Universe, being filmed and produced in Salto by an University called FCAD. The group behing the production is called Cronosfera).
- All the people behind Fear in Hands is working on custom models, textures, billboards, particles systems and even in different types of shaders to make the experience unique and different from everything you have tried before.
- The Soundtrack of Fear in Hands is extensive, featuring more than 30 songs. Half of them performed by a very well known composer called Kevim Mac Leod, and the other half composed by Jackson Thomaz, professional composer in movies and games that recently has been hired to fill the other part of this list. The songs are amazing and very well made.
- The voice actors in Amnesia: Fear in Hands are very well choosen and are professionals in what they do. Harry Mellor gives his voice to the main character, called Daryon Wolfinger. He is also known as HatCHeTHaZ, a british youtuber. He also has worked on Slenderman games such as White King (still in development) and Slenderman's Shadow Game Series (worked on a map named Prison). Megan Kelly, curiously, has already gave her voice on an Amnesia Custom-Story made by the AMAZING ☣Kaernk☣ called Dark Case. The Torturer is performed by Paul "Vormaen" Russel, with professional equipment to guarantee an exceptional voice editing that will make your spine crawl.

And many... MANY more features (that we don't want to reveal to you here)

It's because of this and many other reasons that Fear in Hands is a game that is developed in the shadows. We don't show much because we almost don't have the time for it. Soon the demo will be released and then I will let you say what do you think about it huh?

Expect for a trailer soon. We're close to an end.

holy heck it's awesome :)) how do you switch between lantern and flashlight by the way?? :o

If you choose to use a flashlight, it won't replace the lantern, but you still will be able to carry it (won't be added in your inventory). If you want to use the torch, it will work the same way.

ohh i see :) i was hoping that finally someone found out how to use multiple lanterns at a time :D still this will be a great mod, if it does not change the world anyway :D

We were trying to do that for a long... Very long time hahaha.

as all full conversion mod creators like myself.. it's a bothering issue :)

Can't remember the last time I was this excited for a Amnesia mod. Must be doing something very right, because this looks like its a graphically enhanced Penumbra styled mod or better than that. It seems like theres been alot of work put into this since last I remember. I'll be sure to recommend getting this featured on release!

Thank you! It make us proud of our hard work seeing that there is a lot of people that wants so bad to play our game. This pushes us further, trying to make an even better custom story for Amnesia. It's hard because of so much creative mods that we are seeing. We are basically get the inspiration from all of them, and reuniting everything in just one game. It will be original, but will let the player experience everything he tried on past CS in a lot of better ways.

Thanks TheUnbeholden. Maybe this is why Canis Lupus is taking a little bit more to get ready than we expect. We paused the development to spend full time making this a real masterpiece before focusing on our next game.

Everything sounds really good. Too good to be true, but I'll believe it! This is gonna be awesome.

Believe it. It has been a lot of work to make this possible.