We present the first public insight on the base version of the Provinces management design. It represents one of the core functionality of the game, here the rough guidelines of how it works.

Province management is one of the main components of Empires in Ruins' gameplay.
To progress in the campaign, you will guide the main character, the grumpy Sergeant Heimer in a conquer-and-secure spree over the rebellious Western Marches of the Principality of Koth.

Choose carefully the governors to put in control of your regions, some might bring great benefits, some others might cause catastrophic drawbacks (betrayal is a common habit in this lands) Random events will occur in your provinces during the campaign, both positive and negative (e.g. flood, fairtrades, fires, robberies, etc..). Each province, according to its size, settlements, natural resources and assets will produce each turn Gold, Wood, Stone, Iron and Research points. 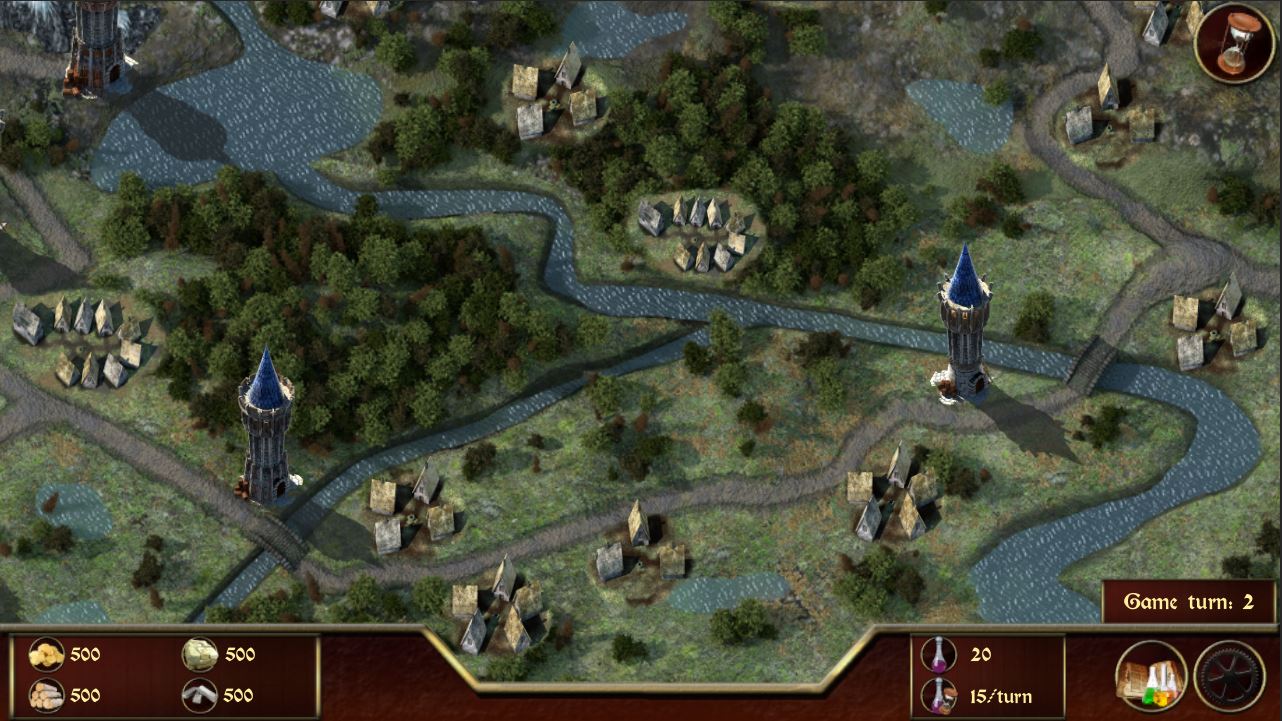 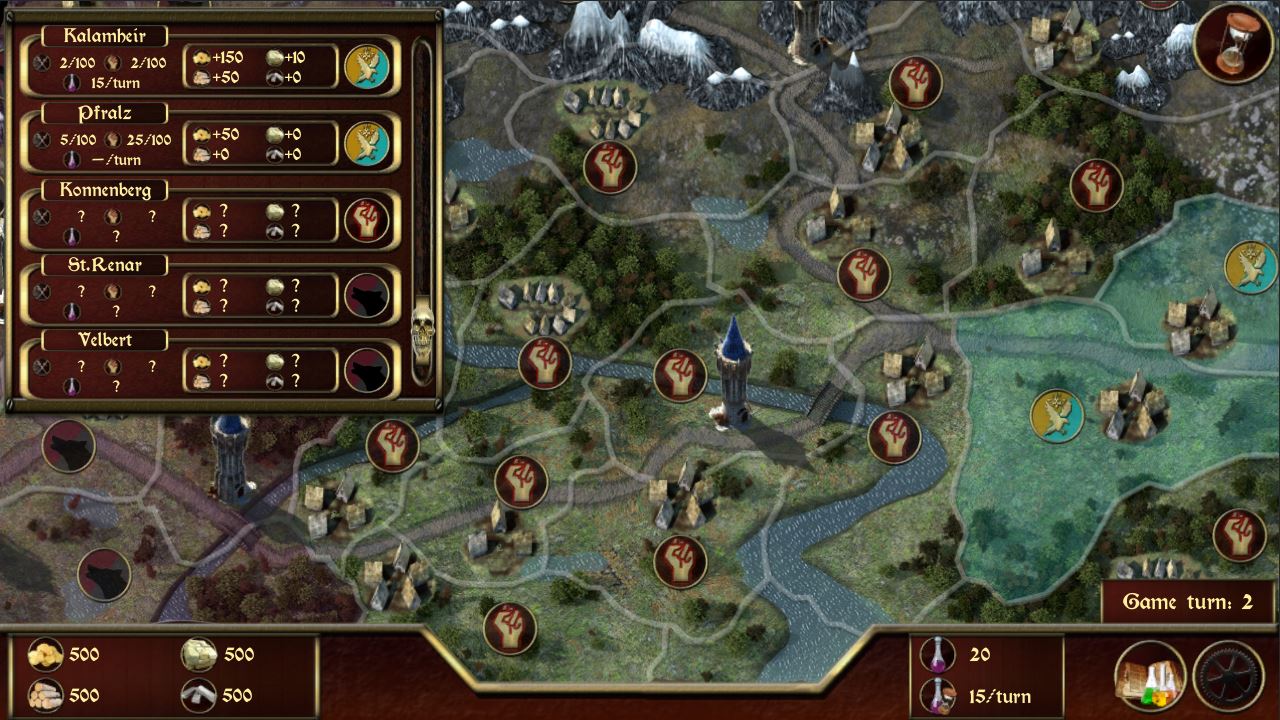 Two views of the main map, on the right one showing the provinces controlled by the player

According to its specific skills and feats, the governor can confer different modifiers to the region. Some modifiers might also be negative to mirror vices and flaws of the specific governor.

One very sensitive point is the choice of the Governors, not all of them will behave in the way they present themselves. It will be up to the player to decide which ones can be trusted and which ones not, and mistakes can lead to very unpleasant surprises 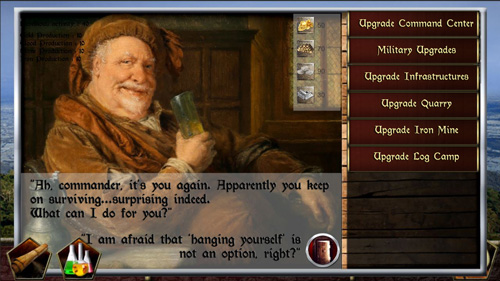 Quite old WIP with placeholder graphics on Governor management

According to the type of settlement in the region there are different features and assets available to the player. The military settlements put more focus on defense and attack features, the civilian settlement are more dedicated to the production of resources and research points. 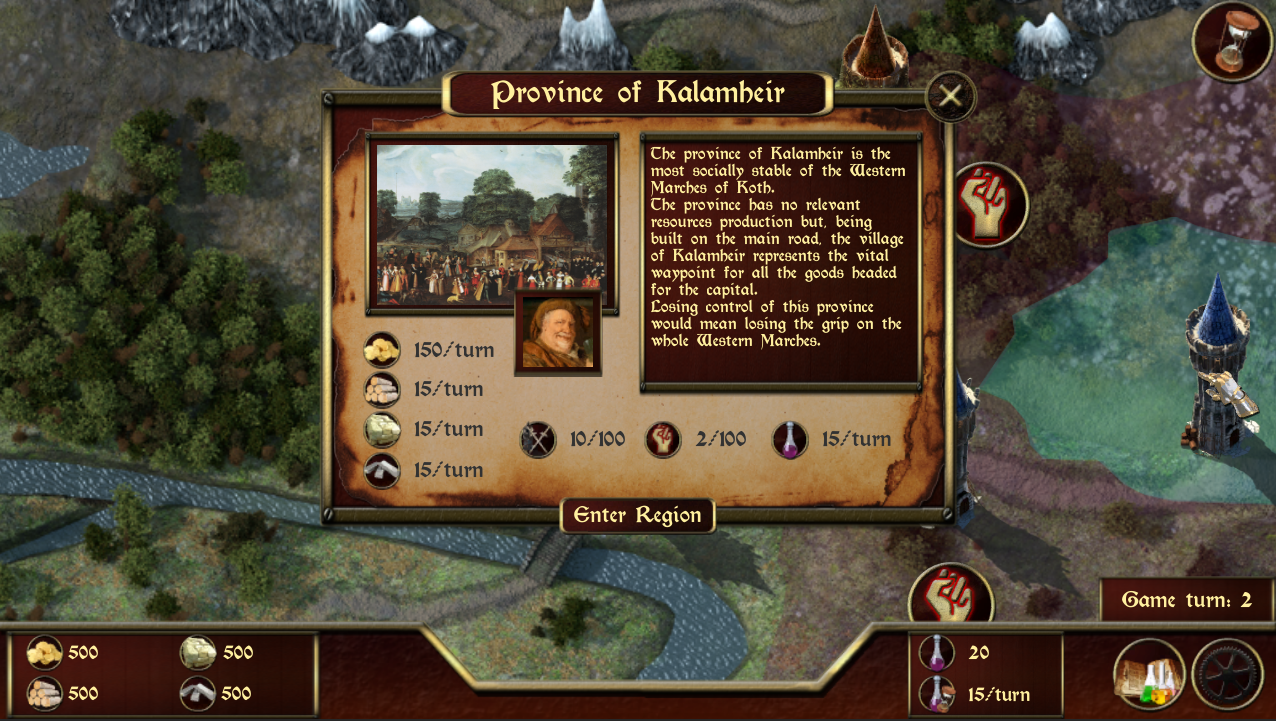 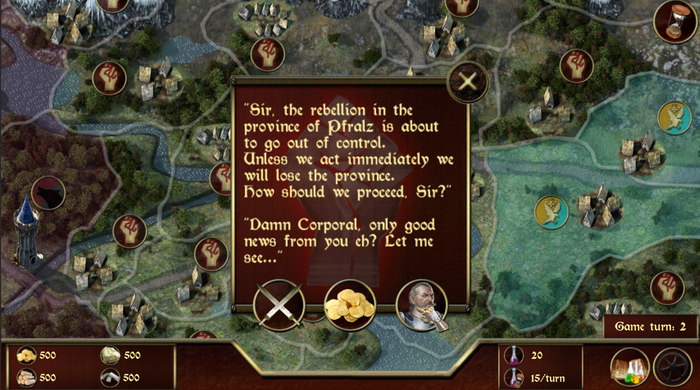 Events timeline in a province

(in order of occurrence at the beginning of a new turn)

Well then, this is it so far. The development of this component began only recently, and lot has therefore to be done to make it work properly and integrate it seamlessly with the combat maps already development.

If you have suggestions, ideas, or any feedback, you are more than welcome to comment or write us.
Cheers,
H&R Team