The first full release of the imperials is out now! 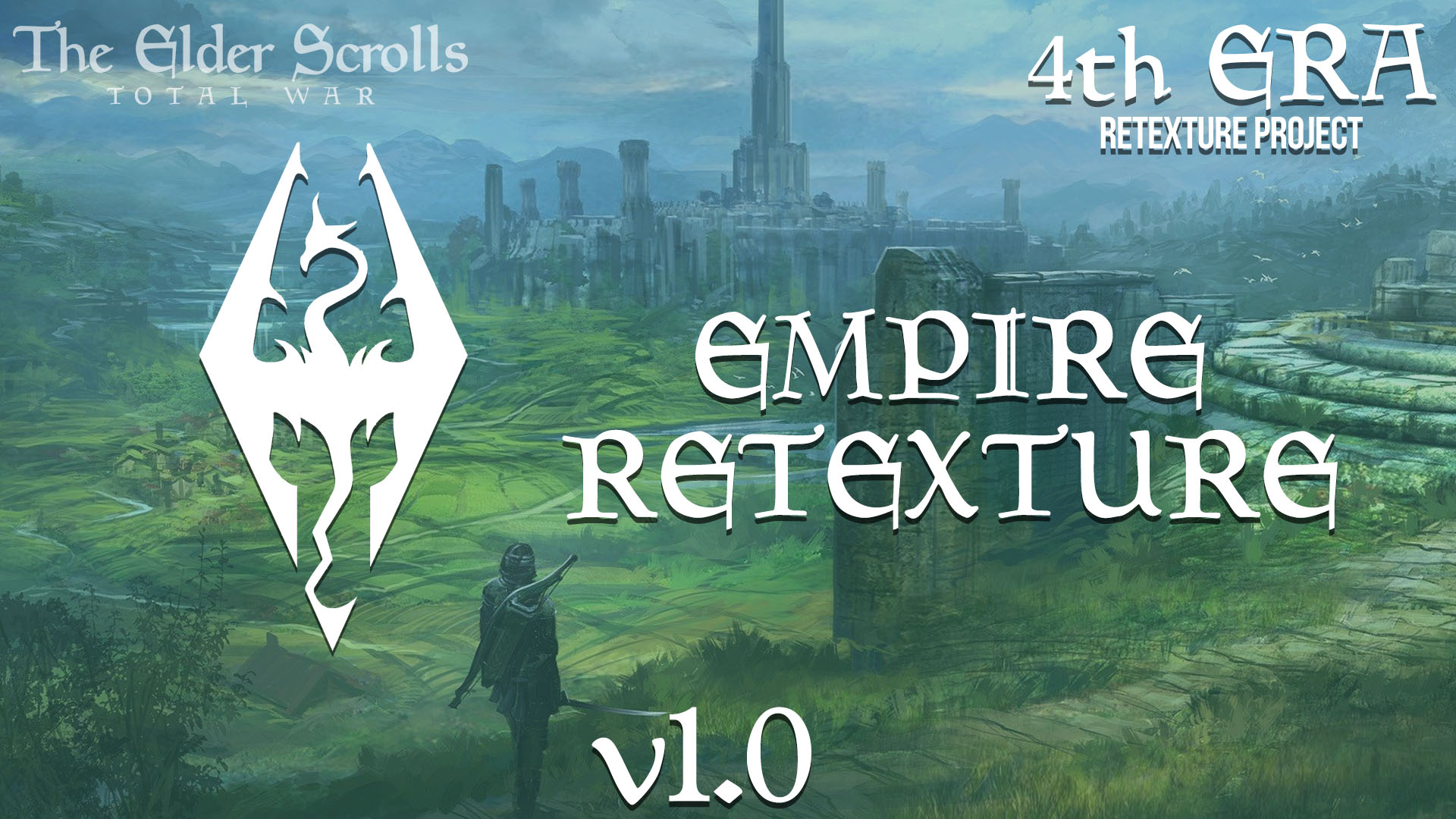 Great news (I hope): I retextured the (almost) entire faction of the imperials! My goal with this one was to "romify" the imperials by standardizing the look/ aesthetic of the units but diffrentiate them by slight color differences and different shields. Now the "Town Guard" units, the "Imperial Legionnaires" units and the "Light Imperial Legionnaires" have been made to look more like the "Light Imperial Legionnairies (Skyrim)" but with different color shields for each different unit. I also put roman numerals on their shields that indicate their strength I being weakes and IV being strongest (at least I believe I got the right order. If not expect a small patch tomorrow). 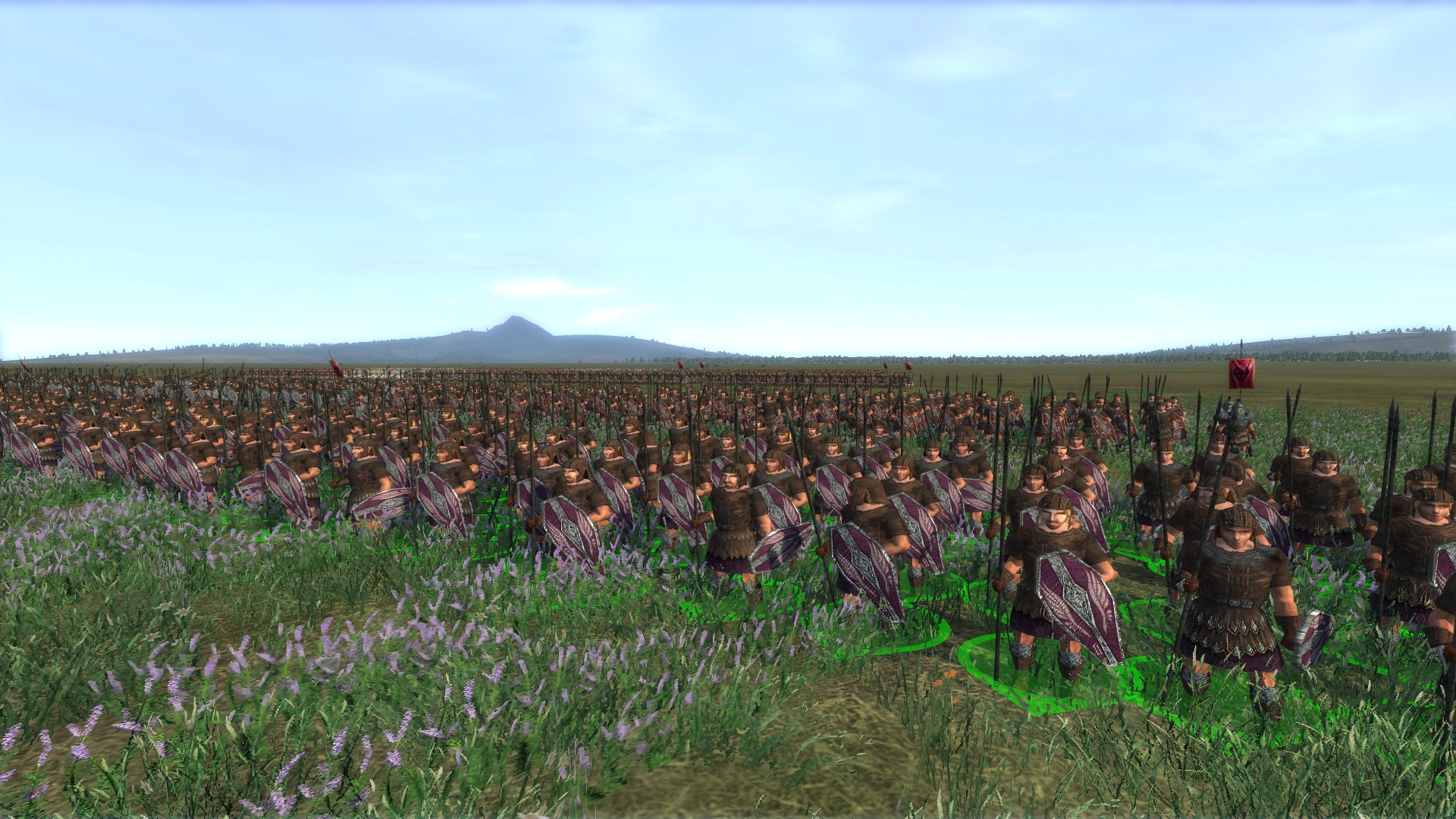 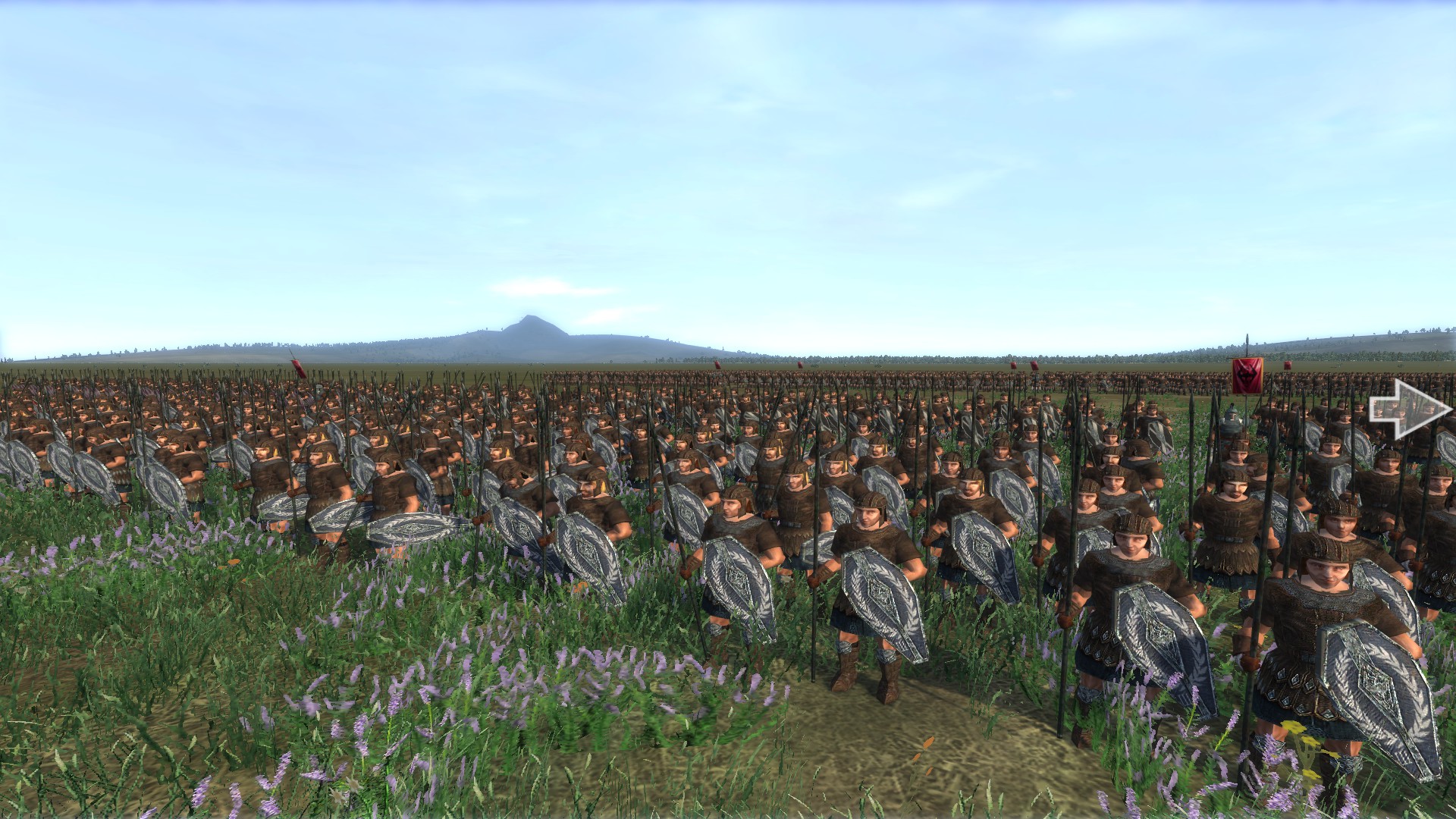 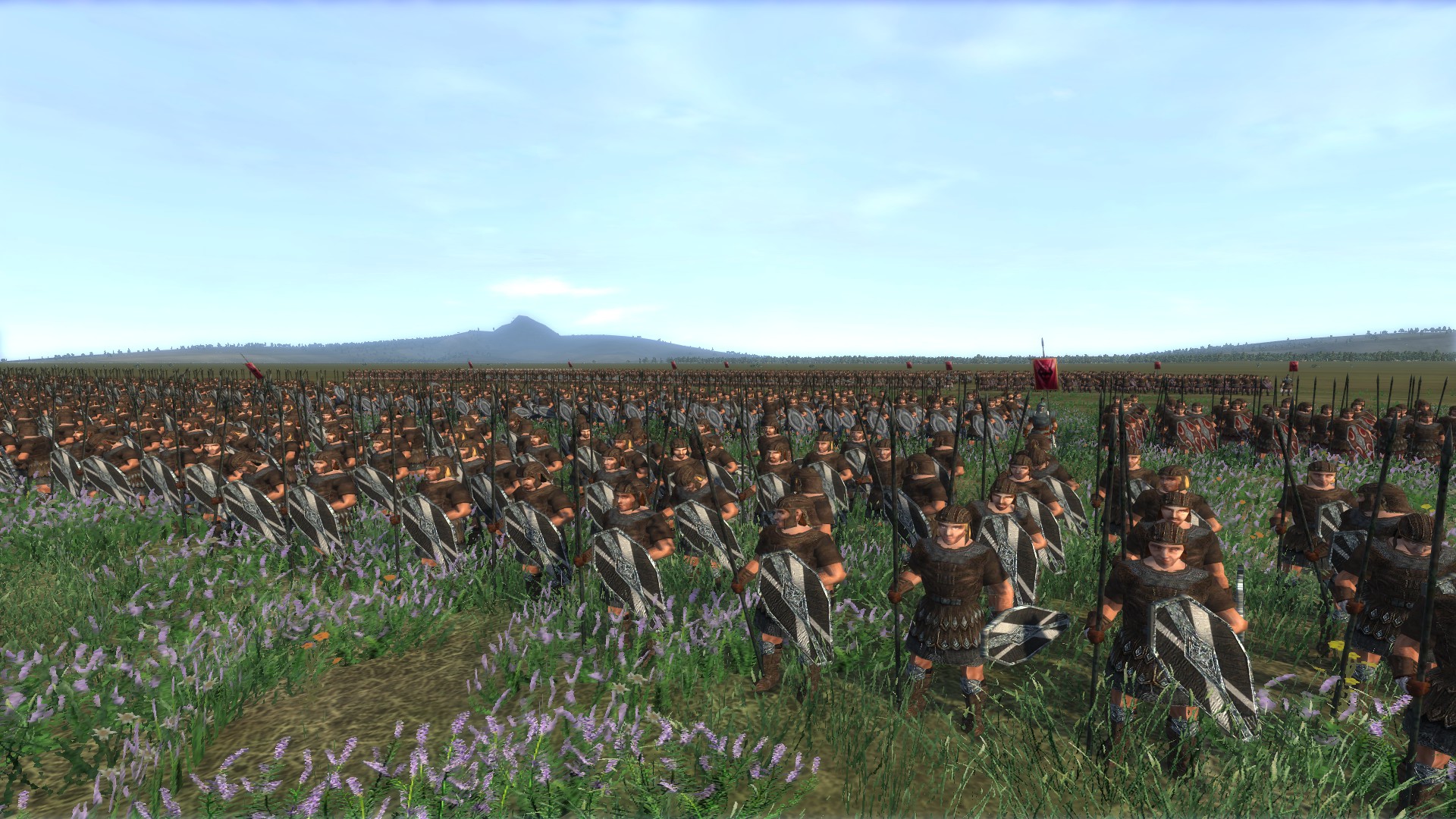 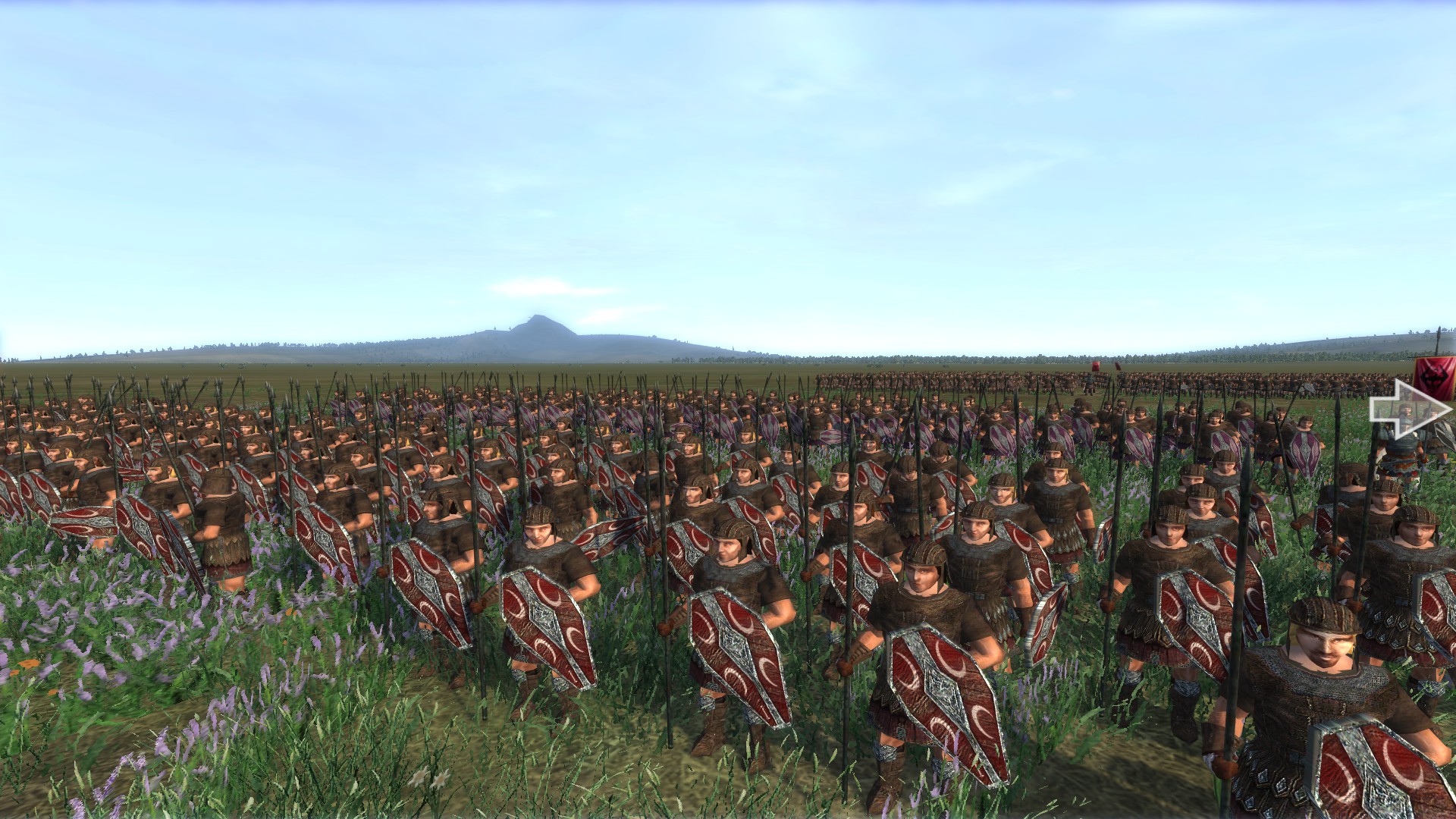 The numerals are on the bottom left or right of each shield but since these screenshots are a day old and its hard to see I'll list them out in strength by color.

Next, I retextured some of the heavier Imperials to make their armor less brown as seen here:

I plan to add more decals to them soon! 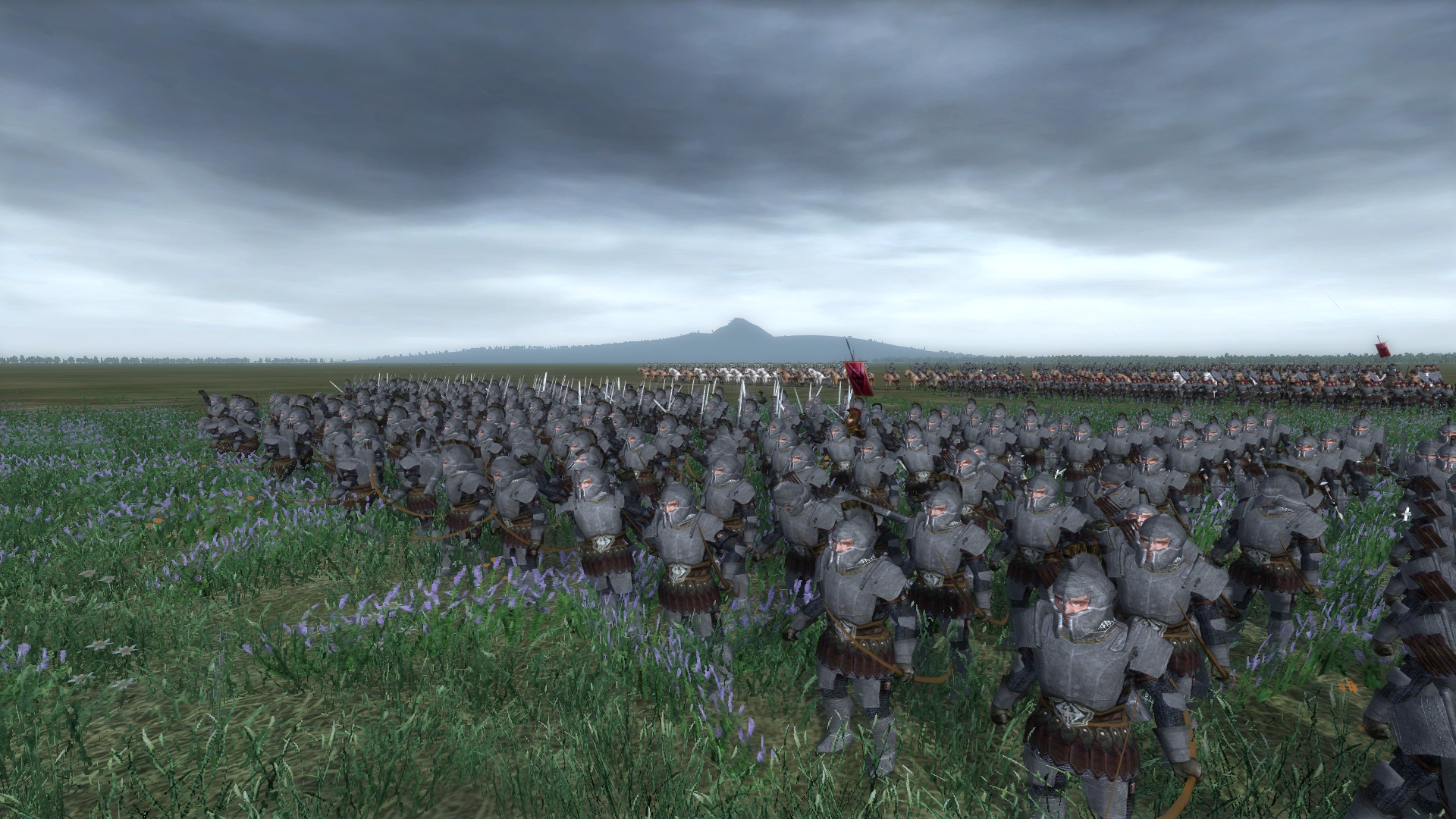 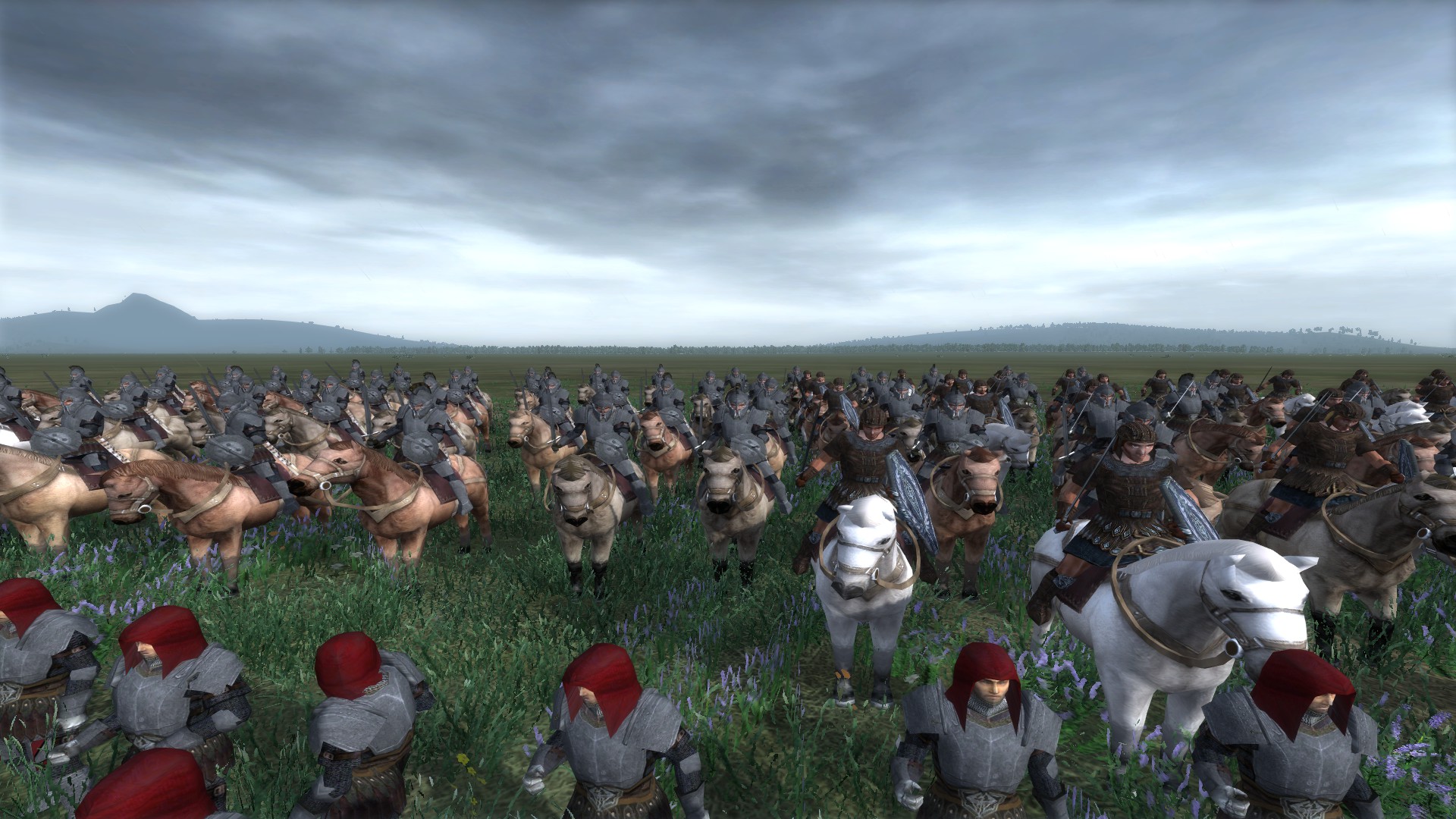 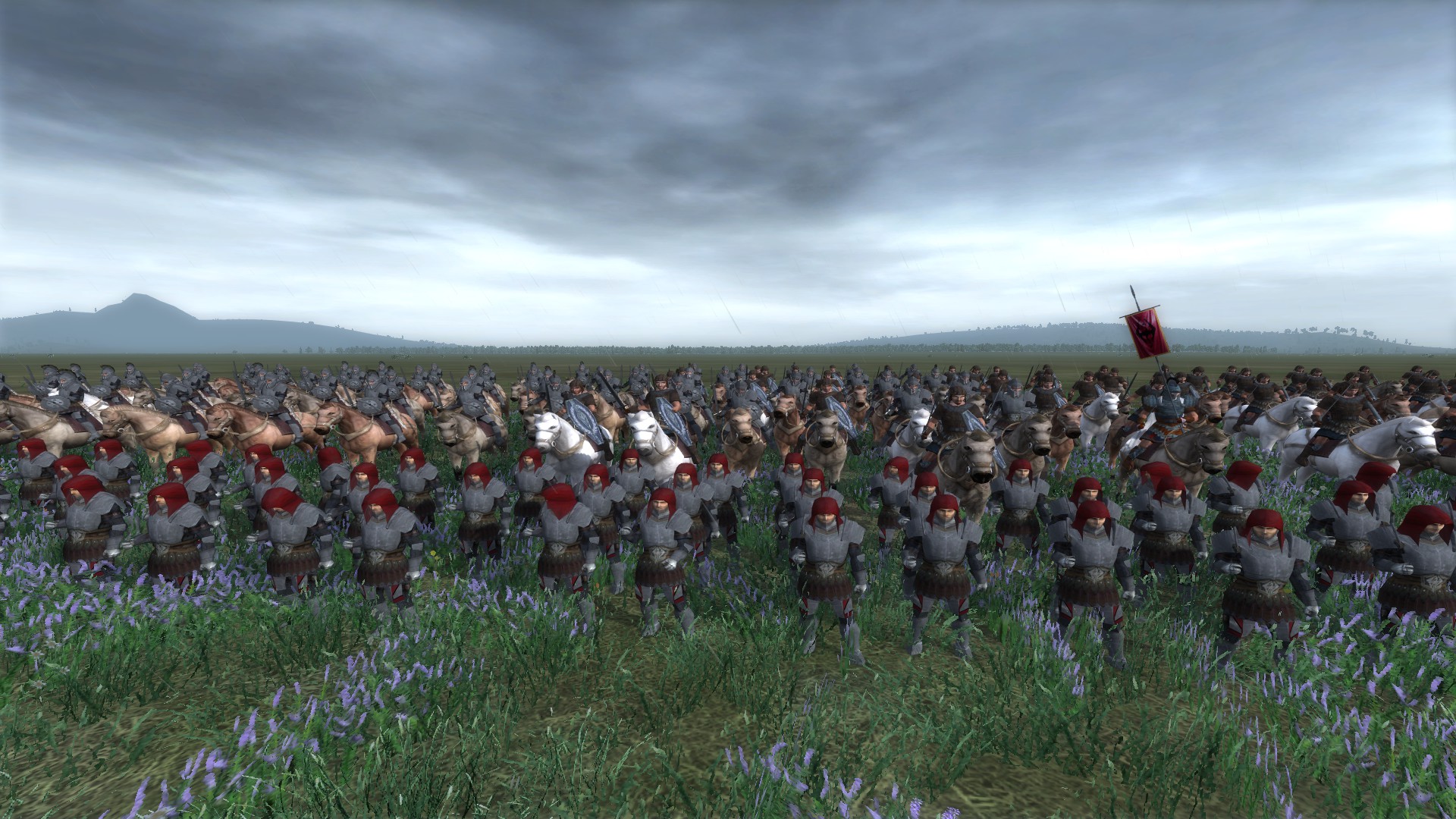 None of the unit cards or names of the units ahev been changed yet so don't be alarmed if those haven't changed the units-look will have changed in battle!

"None of the unit cards or names of the units ahev been changed yet so don't be alarmed if those haven't changed the units-look will have changed in battle!"

Why not? It's simple, you can animate model in Milkshape 3D, when make shcreenshot (batter in PNG) and after that draw alpha-channel and make resolution 48x64.

Nazgul, in case the unit cards won't be created, I'll take care of it, no problem!

Thank you for the short and sweet guide. This is actually very helpful! In the next update I will implement new unit cards!

I can send you examples of unit cards from new version, so you will be able to make them similar, to stay in style.

Hello JkMart, Alphonse here again. Firstly, ARMOR COLORS! They are a MAJOR improvement from the default colors; truly it is steel and not some bronze-hewed excuse for metal. I'm eager to see the sword and shield variant. I would also be eager to exchange idea for armor decals.

Secondly, the battlemages. Their colors are quite nice, like the crimson-red on the worn, gray steel. That said, their hoods, as in vanilla, look funny. Prehaps you could toy with of hood or helms? Also, a better, broader distribution on color on the exposed garmets under the armor and on the sleeves. All in all, for a first variation, respectable.

Third, the Pikemen (not shown here) have the Heavy Imperial Armor from Skyrim, and look quite nice apart from their heavily varied and disorganized helms. Prehaps you could spruce them up and use them for other units as well. (I love pike warfare, and Pyrrhic Victories. DISREGARD THE LOSSES!)

Fourth, The Town Guard-type Militia units look well organized...... too well organized.... not quite an issue, but prehaps they could look a bit more rugged, disorganized, self-made/bought by peasants. No offense to peasants tho, they have saved me from catapult fire for over 3 games, over mods, and 5 years. (Also nice target practice)

Finally, what are your plans for the Special units?
Thank you for your time, and have a nice day.

I really like the pikemen and I was planning on making them replace all of the so-called legion uits that got the metal-color change but I'm extremely new to milkshape so it may happen but not in the next couple of updates. I agree with your point about their helmets. One variation of their helmets looks really good while the others are just leather legion helmets with metal textures. This I can and will change (I hope) next update.

Good point about the colors of the garments for each unit and I am looking into making their sleeves the color of their shields or the classic imperial red.

The town militia... You bring up a good point. I'll start brain storming tonight as to how I can make them less organized but still organized enough to be legion. The balance must be just right.

Battlemages: again new to milkshape so maybe not next update but in a few updates I'll gives them better hoods or legion helms like the rest with a discoloration and a new insignia on their torsos to diffrentiate them from their non-mage colleagues.

The special units I haven't really looked into but I have made a penitus oculatus skin that I might use for the body guard or I could use the tweaks to the bodyguard I made for the unofficial patch to spruce them up in the next update.

Finally I realised that the legion units could use just a tad more flair so I added an insignia to their chest today that will be released in the next patch. The insignia can be seen here: Staticdelivery.nexusmods.com

I know that this is the heroic armor insignia but I thought it would look nice and I toned it down making it a light grey making them look just heroic enough.

Thank you for all your contributions and comments Alphonse I might as well put you down as one of the creators because of your enthusiastic dedication to this mod and all your fantastic suggestions. They do not go unnoticed.

Your words flatter me, friend. I critique out of genuine interest in the project and good quality; plus it's just something I do. I have been lending my advice and idea to a WIP project by the Third Age: Reforged team. While I can't spoil more than what they have let out, I will tell you the Project is called After Lyfe/ After Lyfe Total War (They haven't confirmed if it will be a total war mod or a future Bannerlord mod.), and it is quite ambitious.

I'm happy to lend further opinions and critique where and when I can.
Thank you; sincerely, Alphonse.

You know, the Town Guard should look well organized, because they are so in TES 4 Oblivion. They are professional well-trained soldiers, not peasants from the farms and fields.

Prehaps, but in my mind, Those guards refer more to the defenders of the Imperial City and it's surrounding fiefs, not the small hamlets and quaint villages starrering the land. You must forgive my heresy, but I have not played Skyrim.

Also, to JkMart, The Akaviri Swordsmen seem out of place in my mind. While they may have a purpose, and the Akaviri did for a time serve the Dragonborn Emperors, prehaps they are better as weaker version of the Blades. Again, I am ignorant of the majority of lore, but I thought I'd bring it up. Love their Samurai-news and back banners. (Plus they just look like Argonians)
Also forgot to mention that the Idea of Seperate Legions is brilliant, though they might deserve an overhual in the future to further differentiate them, once the roster is more complete. (prehaps based on their station; Cyrodil, Skyrim, Hotter Regions, no jungle one though, as I enjoy Argonians leaping out of the trees and massacring superior numbers of soldiers).

Excuse me, do we both talk about the same Town guard? Maybe I misunderstood you, you mean Cyrodiil town guard (stoprightthere!!!) or Skyrim town guard (those former adventures with arrows in the knees)?
But this doesn't change anything about town guard look. As the author of this units I say that both of them were created according to the games, and our TES:TW little team was always appeal to the games design at first.

I mean no offense to the creator of the units for MTWs Elder Scrolls guard, but I insinuate militia from Cyrodil, not the City Guard. With respect I have stated my opinion, and I wish no issue of it. In the end, sudmod's creator should decide how and when he does the units. In any case, BIG FAN OF Elder Scrolls TW! (Just can't get campaign to work.... :( )

Will you be implementing any new features or factions with these mods or are they just going to be reskins? As i would love to see a Reach faction within Skyrim, and maybe Vampire or Dawnguard guilds, or as the Dawnguard would be reformed at this point maybe a Vampire and Dawnguard faction, though i doubt the Dawnguard would be interested in expansion on that scale, but maybe? But a Vampire faction would be fun to see.

The base TES:TW is already adding Vampires and Dawnguard as mercenaries.

No new factions will be added as part of this mod BUT I'm a part of another mod team for TES:TW (http://www.twcenter.net/forums/showthread.php?750685-Sub-mod-Unofficial-TES-Patch-HOTFIX-1-31-RELEASED-DOWNLOAD-LINK) that does add new factions and we plan on completely overhauling everything to do with TES:TW and more!

Overall, I love this mod, but my question is that this doesn't affect the custom battles or any old third era textures for the grand campaign, does it? Despite the name of the submod (4th-era retexture), It doesn't state if the third era uniforms are in any way replaced or not. I don't want to see fourth era uniforms in any third era campaign, it would drive me to insanity to play during the Warp in the West, the Nerevarine prophecy or the Oblivion Crisis with fourth era Imperial armor or any fourth era armors, as it ruins the immersion. I want this retexture so badly, but I want to know if the 3rd era armors are still being used for the third era campaigns (so I'll know that I won't be seeing any fourth era retextures for any third era campaigns whatsoever).

jKmart, I would like to talk with you about your sub-mod here. One thing I wanted to ask about, was the Imperial Soldiers, basically, several of the units share the exact same skin. For example, the town guard, and the legion footmen, both are identical. I was wondering if that was intentional, and if it would change. The same goes with many Skyrim units. The heavy swordsmen are the same skins as the guards. Now, it isn't something major that ****** me off, but, it is as little saddening. The only difference in the imperial's soldiers, is the shield coloring. Anyways, something additional to that I was hoping to ask. IF you are going to make the Skyrim faction Stormcloak Themed, as you have, why not retex the General, to make him look more like Ulfric Stormcloak? Thanks for the time, and I hope to hear from you soon.