The latest version of the definitive SWAT 4 experience, now with ironsights, throwable lightsticks, new weapons, a new level, and more.

Version 6 was a long time coming and was delayed numerous times, including from the recent Hurricane Irma. I want to thank the hundreds of people who gave their feedback on the testing versions and the mod in general; there were so many people who were enthusiastic for this version. Likewise, I want to thank the Elite Supporters who have donated to me through Patreon and Paypal. Although I have yet to actually use the money that people have donated to me, it's appreciated. And lastly, I would like to thank the other Elite Force developers who contributed to this version: kevinfoley, Jose21crisis, Rangar, and TheTCREngineer. Although this project is my baby, these people have helped tremendously. (Special shoutout to sandman332 as well.)

A lot of people have been very excited about this version, and with good reason. The equipment, and how it is used, has been changed rather dramatically. 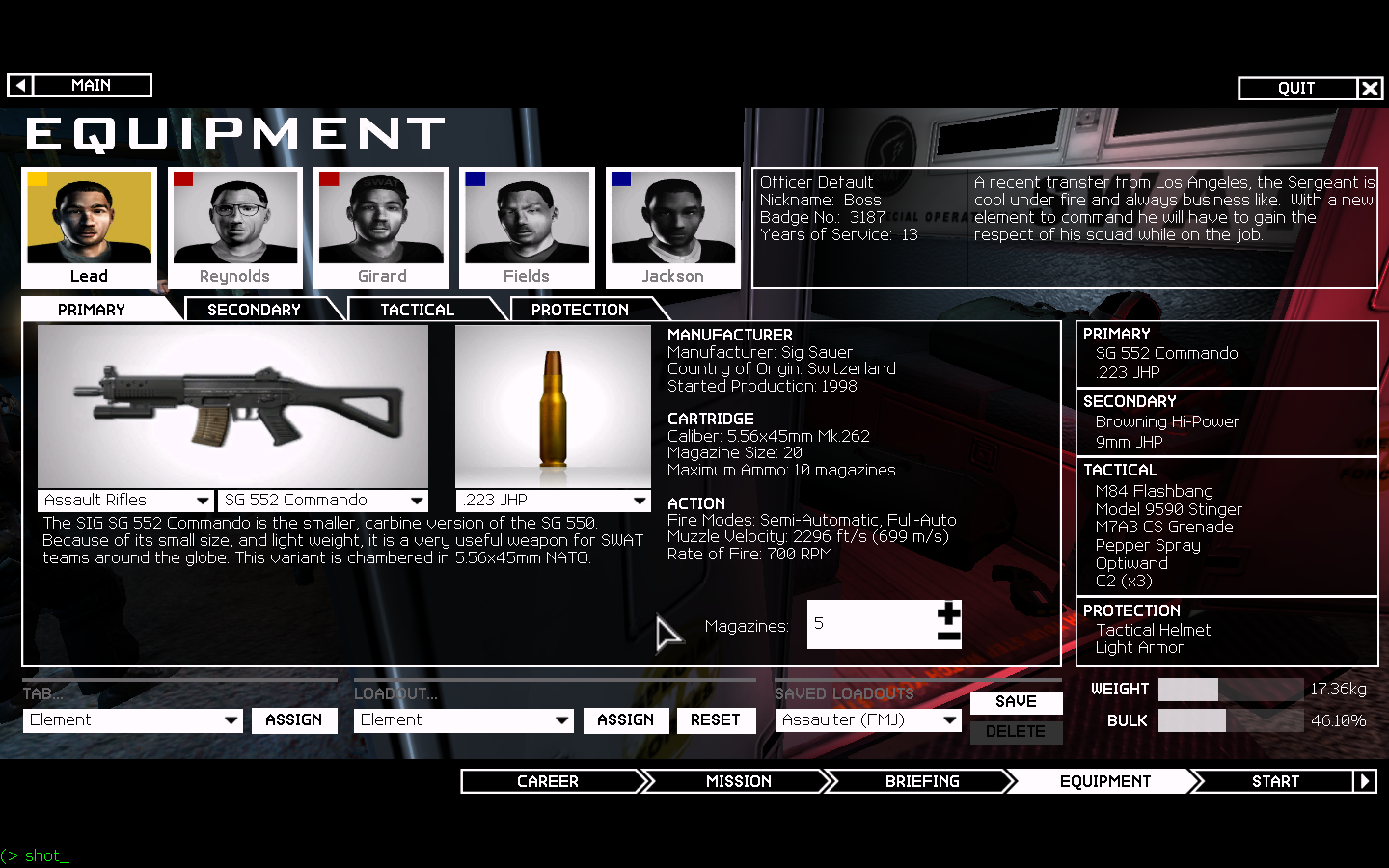 The newly reorganized equipment page. Note that you can now assign a loadout or a tab to a specific team member or group, and that the Breaching tab has been removed in favor of a sixth Tactical slot.

In addition to these change, you now have access to the following pieces of new equipment: 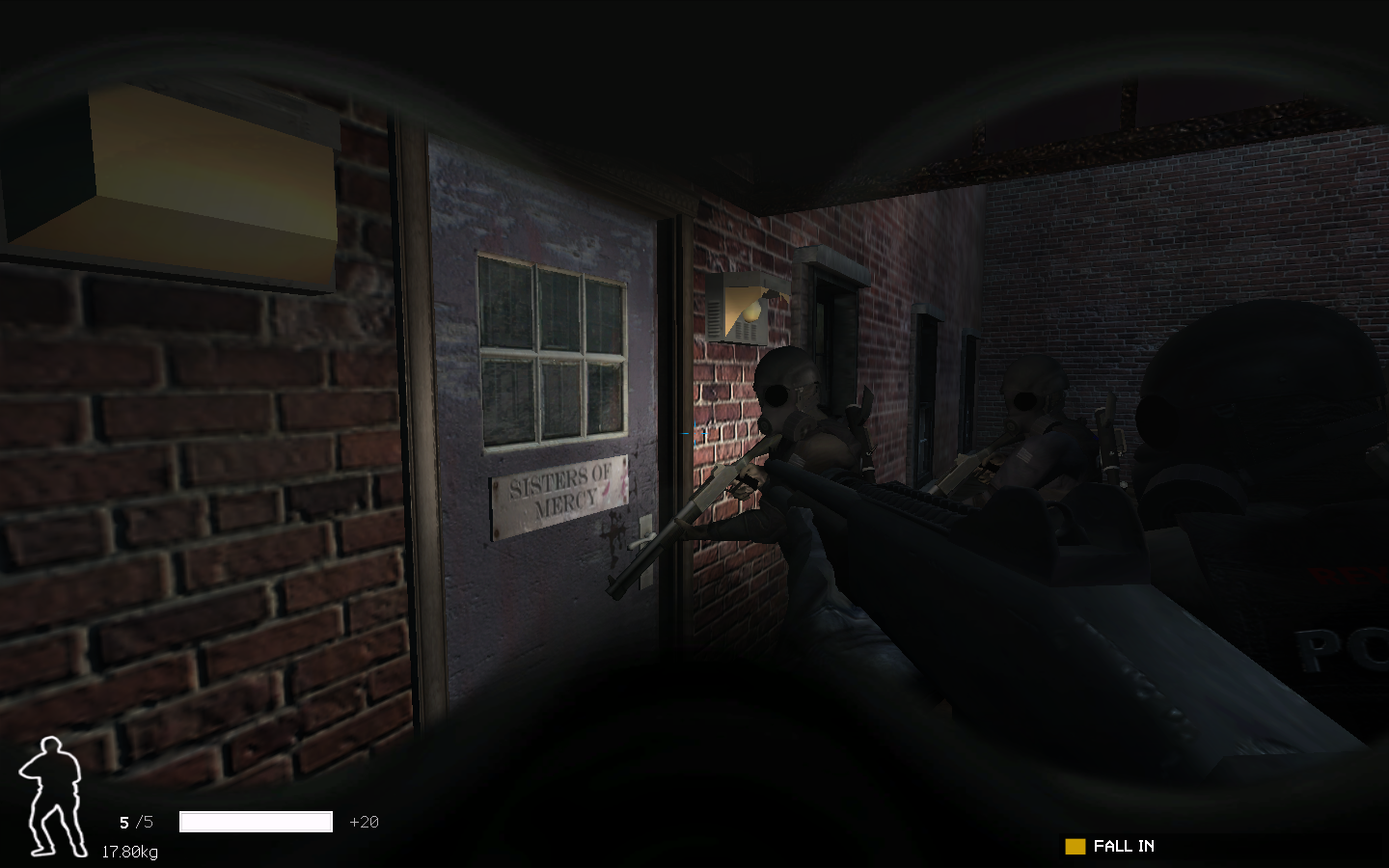 The new S10 Helmet and M1Super90 shotgun are both visible in this screenshot.

Note the reduced field of view while wearing the S10.

Yes, in addition to all of these changes to equipment, you now have the ability to go into ironsights! 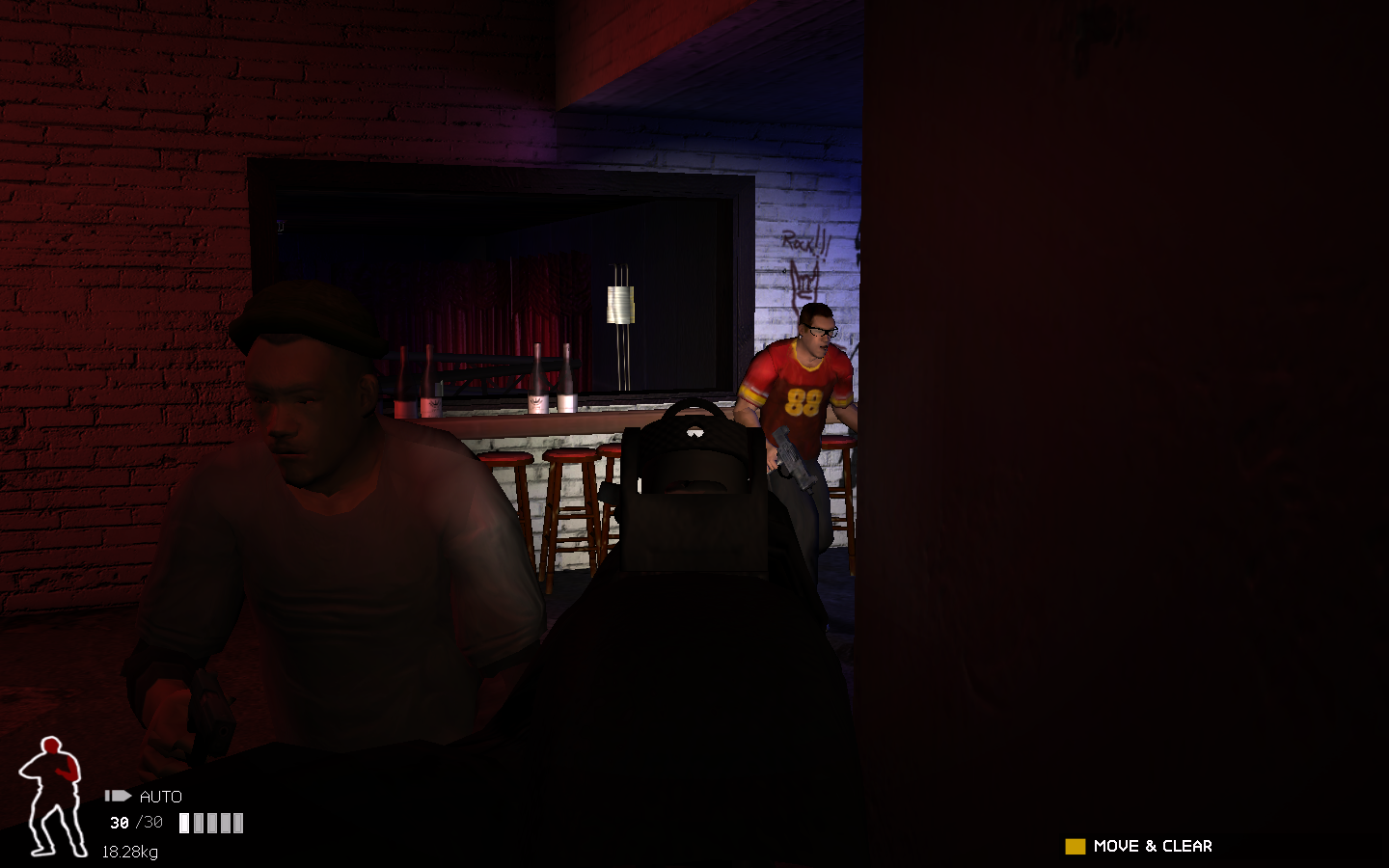 Ironsights are a modification of the Zoom mode. They are fully 3D; most of the weapon models have been altered to facilitate this. Your accuracy recovery is improved while in ironsights and your recoil is reduced significantly. If you aren't happy with this feature though, the original SWAT 4 style of zoom is available as well.

Brewer County Courthouse is the second Extra Mission to be added to SWAT: Elite Force. It is a modification to the original multiplayer level with slight tweaks to the layout, fully voiced briefing and dispatch, and a new set of fully voiced suspects. 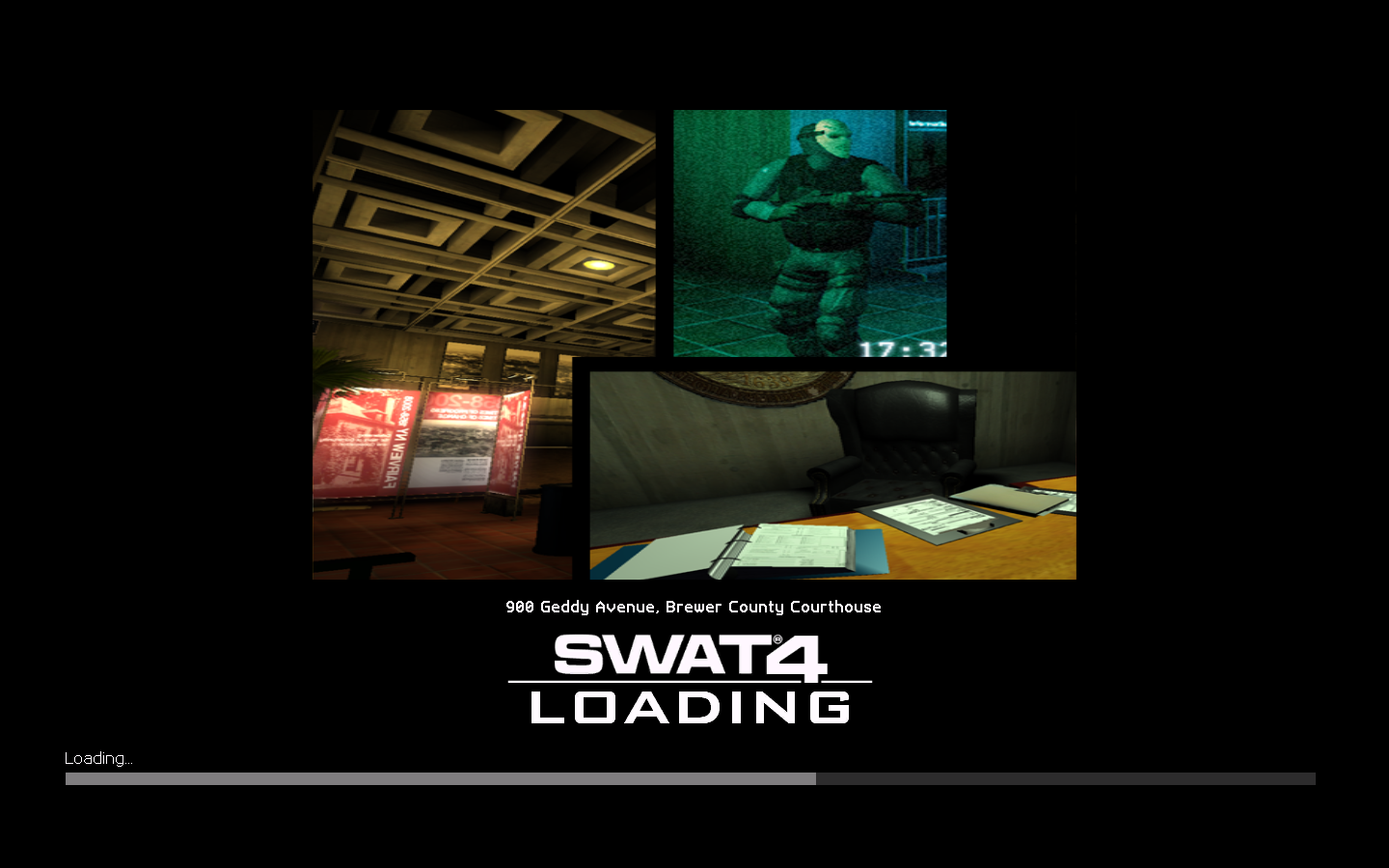 In this mission, SWAT is needed to deescalate the situation at the Navin M. Johnson Memorial Courthouse of Brewer County, where armed gunmen believed to be part of the Sovereign Citizens movement have shot up the building. The newly established Cyber Crimes Unit has been monitoring traffic on web forums and has noted a strong response to new restrictions on cigarettes as being one possible motive. Stay on your toes. 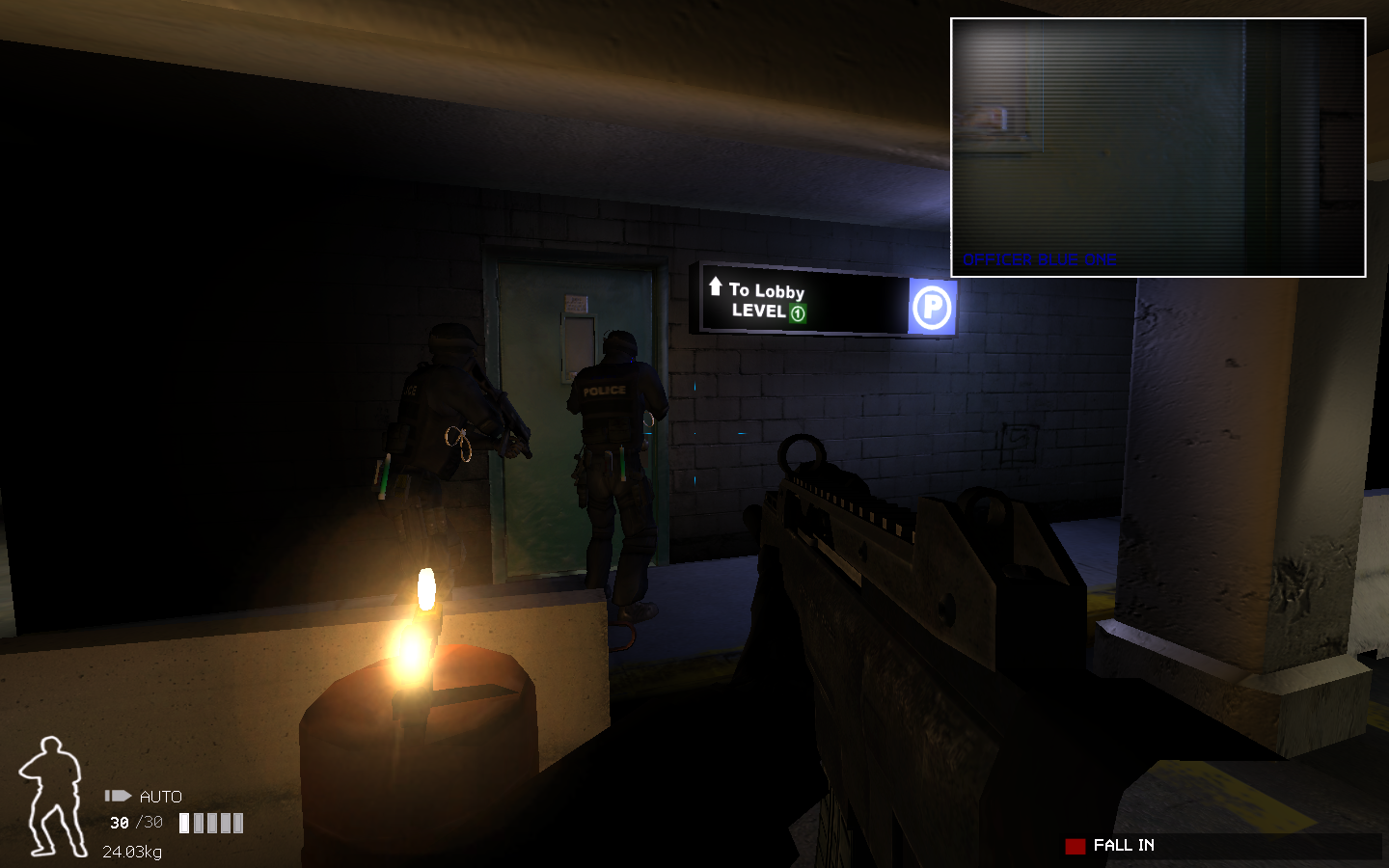 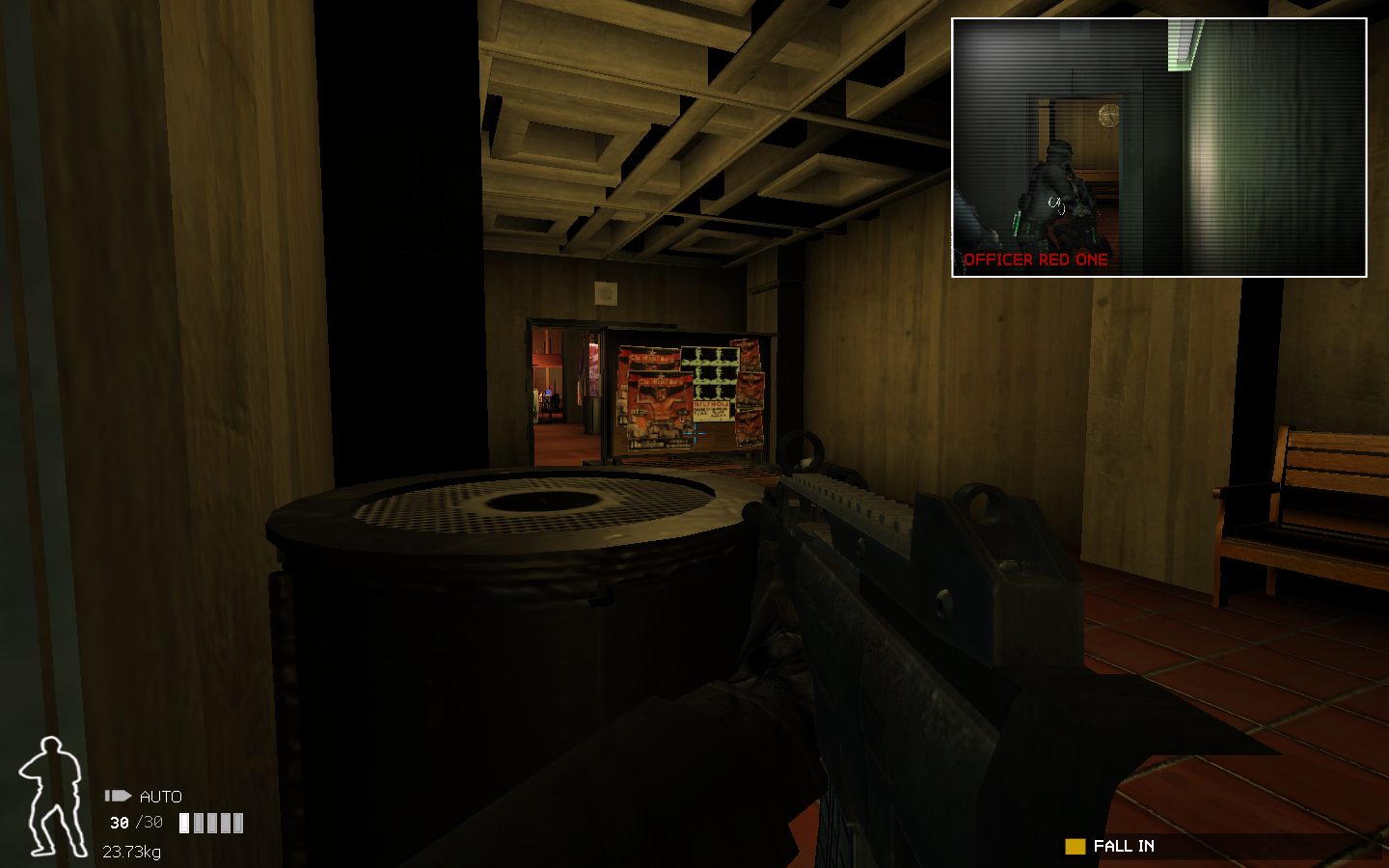 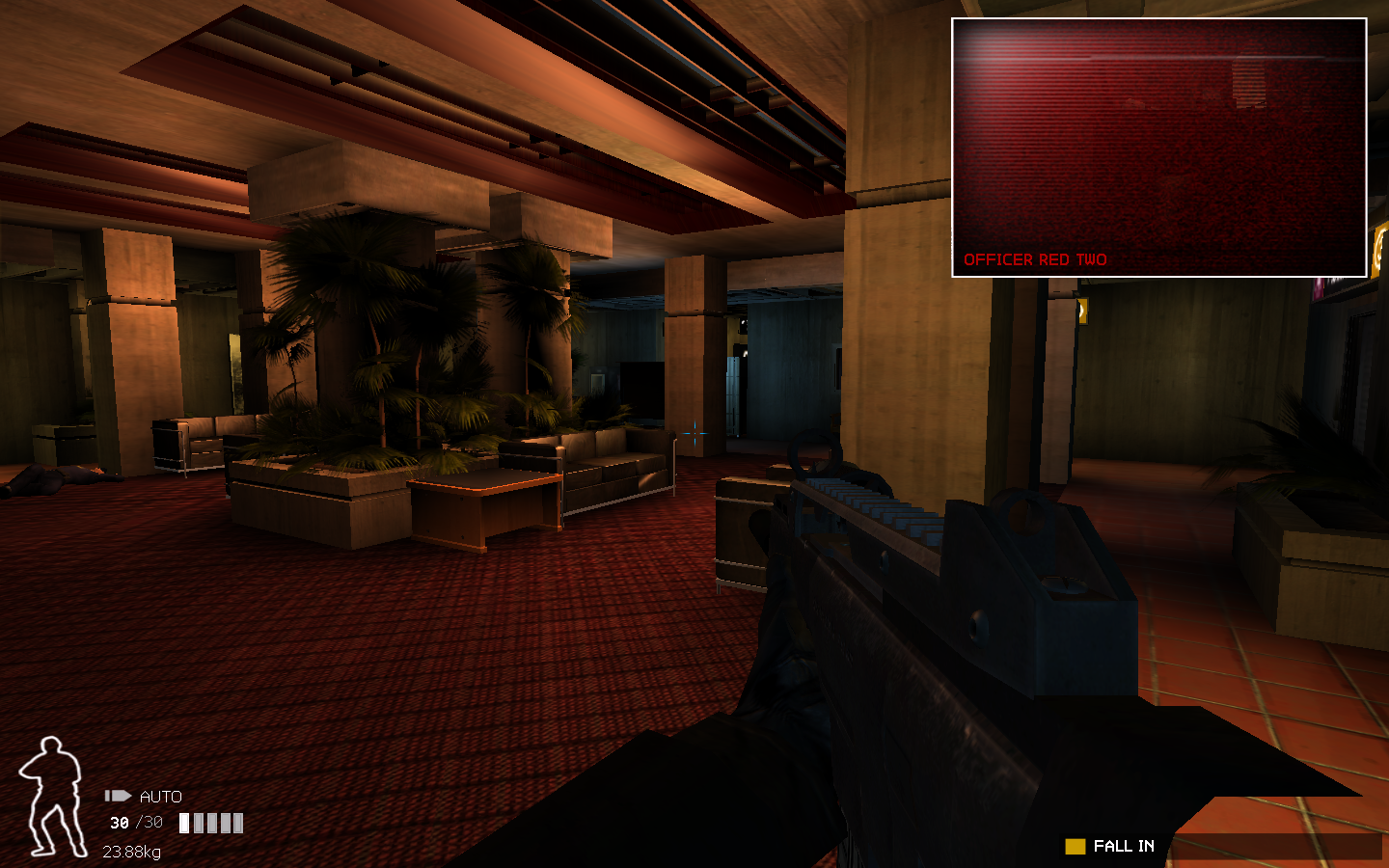 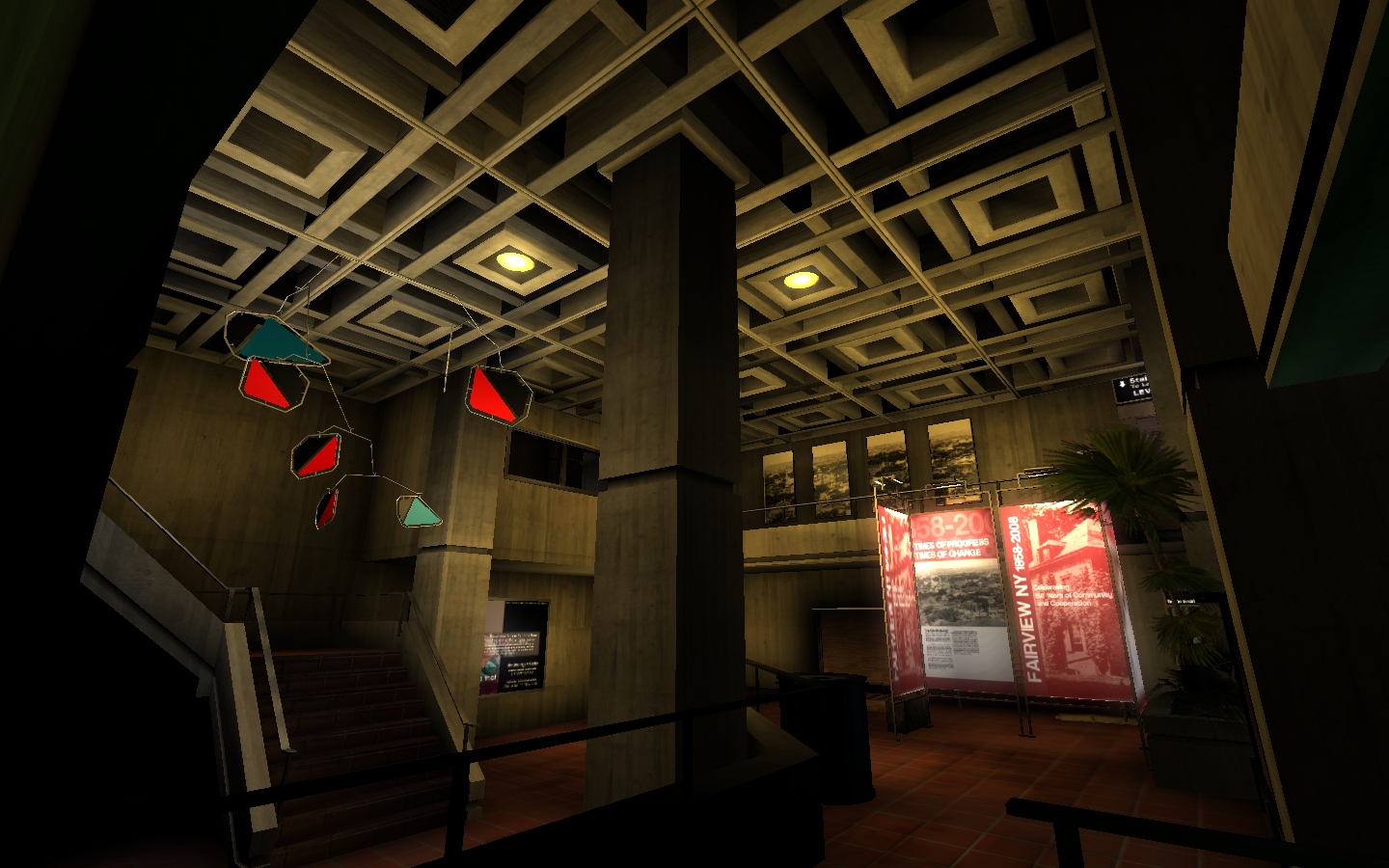 The full list of changes to the mod can be found here.

Nice work guys, if there ever is a V7 I can't even wrap my head around what it could be! Waiting with eager anticipation!

One thing, is there any way you can free up the movement a bit. Things like being able to move in any direction when in the command menu and the ability to move around when leaning? The game still feels very stiff and not in a good "tactical" way without the above being a thing especially moving while leaning.

I've also noticed there's no simple command for just having your guys stack up on a door without doing something afterwords.

Thanks my dudes, great mod!

Checking locks! I've been waiting for this one a looooong time. Thanks dude!

*Dies out of happiness*

Absolutely awesome work. I can't believe what you've done with this game in making it so much more enjoyable and feeling like you're working as a team in completing the objectives. The voice commands are working great and the ai is extremely good. Of course people can nitpick about this and that but you've done an amazing job in keeping this game alive and making it what we were hoping for in the first place. 10/10 in my opinion. :)

Amazing what you can do with the AI and also the working iron sights! Congrats on the release! I will keep supporting you on patreon! :)

is there a way to adjust difficulty? I got killed too fast..