In this update, I want to share with you the Egyptian Zil-157.

The ZIL-157 is a general-purpose 2.5 tons 6x6 army truck designed in the Soviet Union by ZIL. 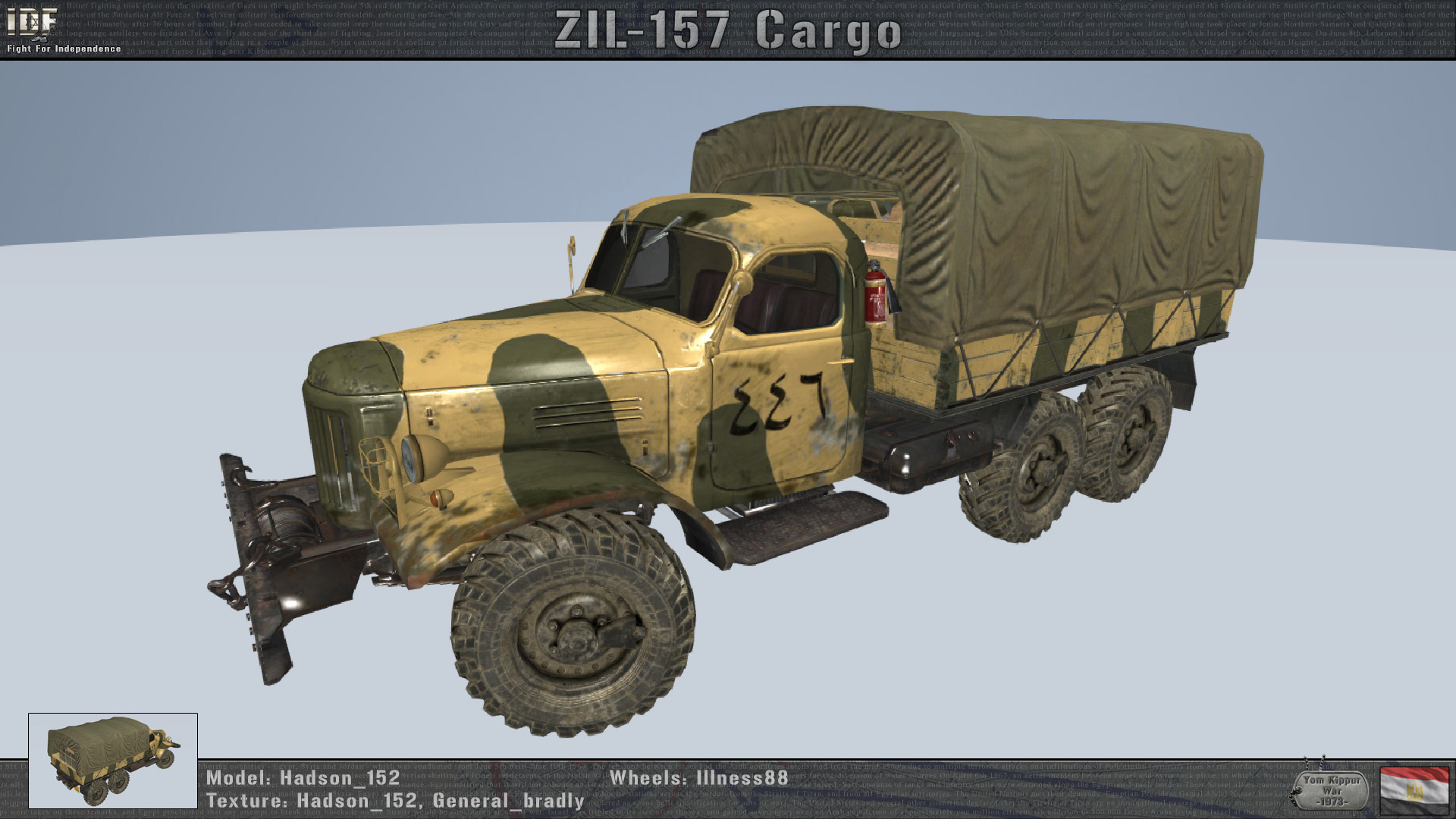 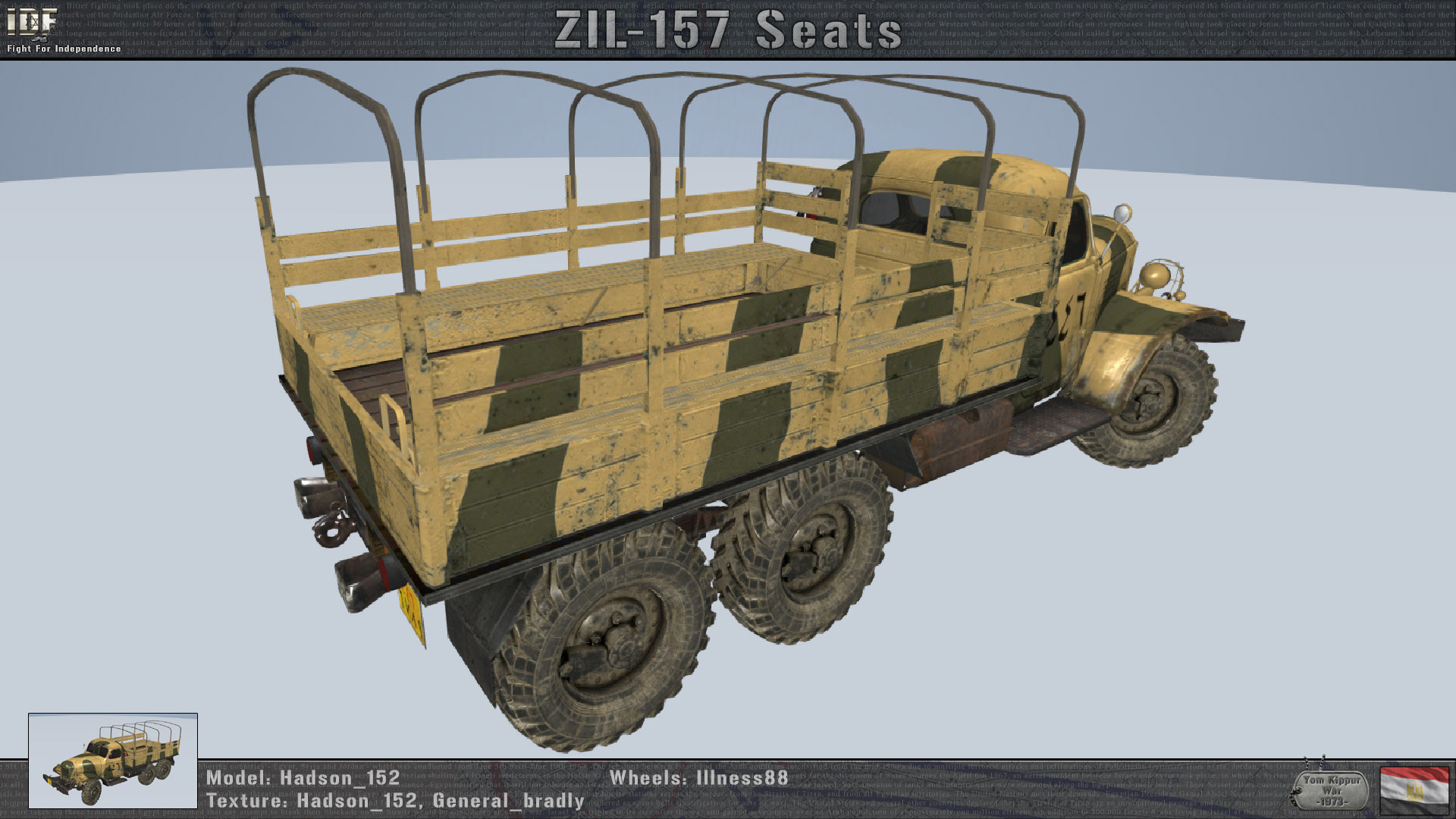 Numerous variants were built which were used for a wide variety of tasks. 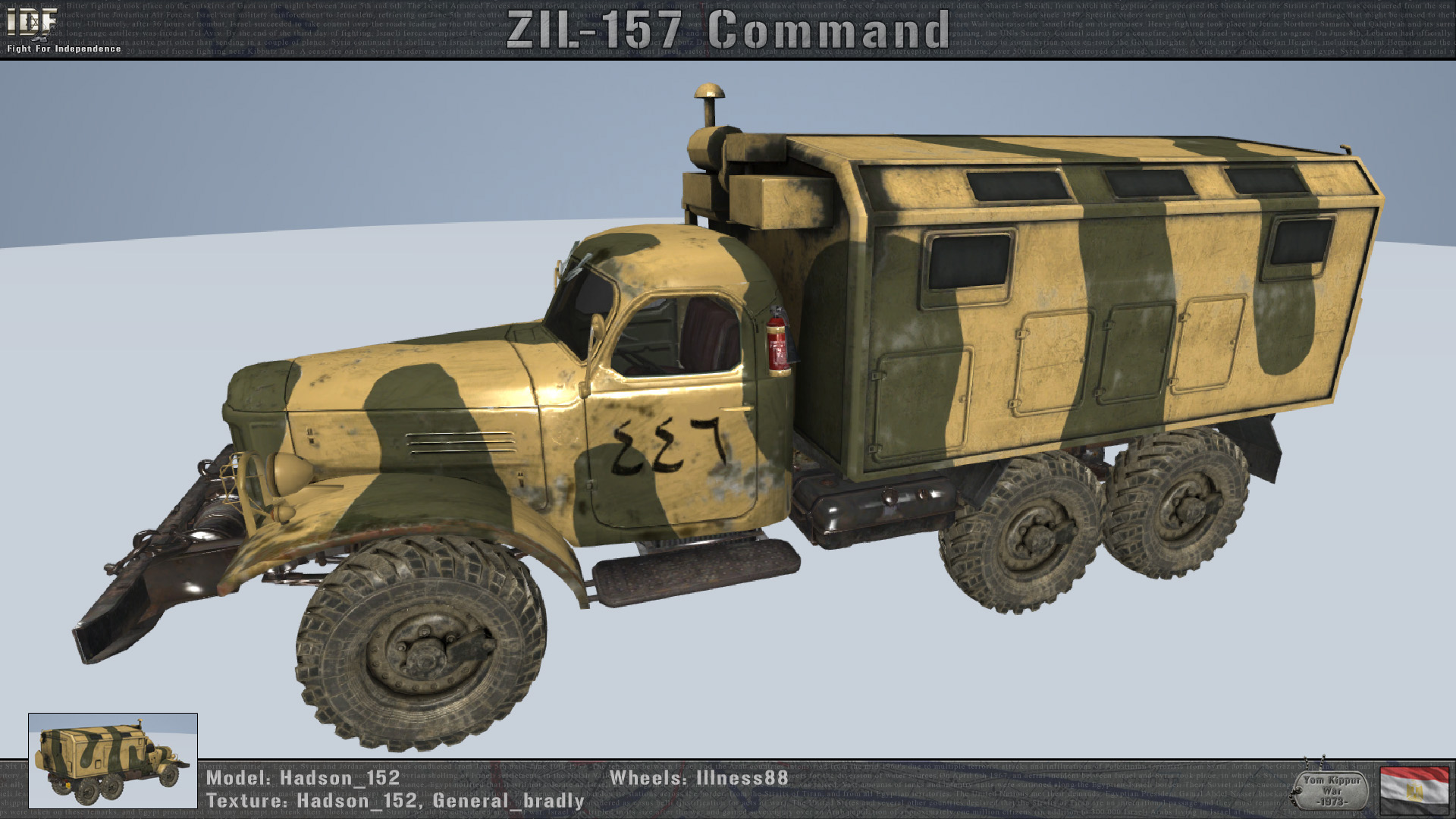 The truck has been used by many armies around the world. 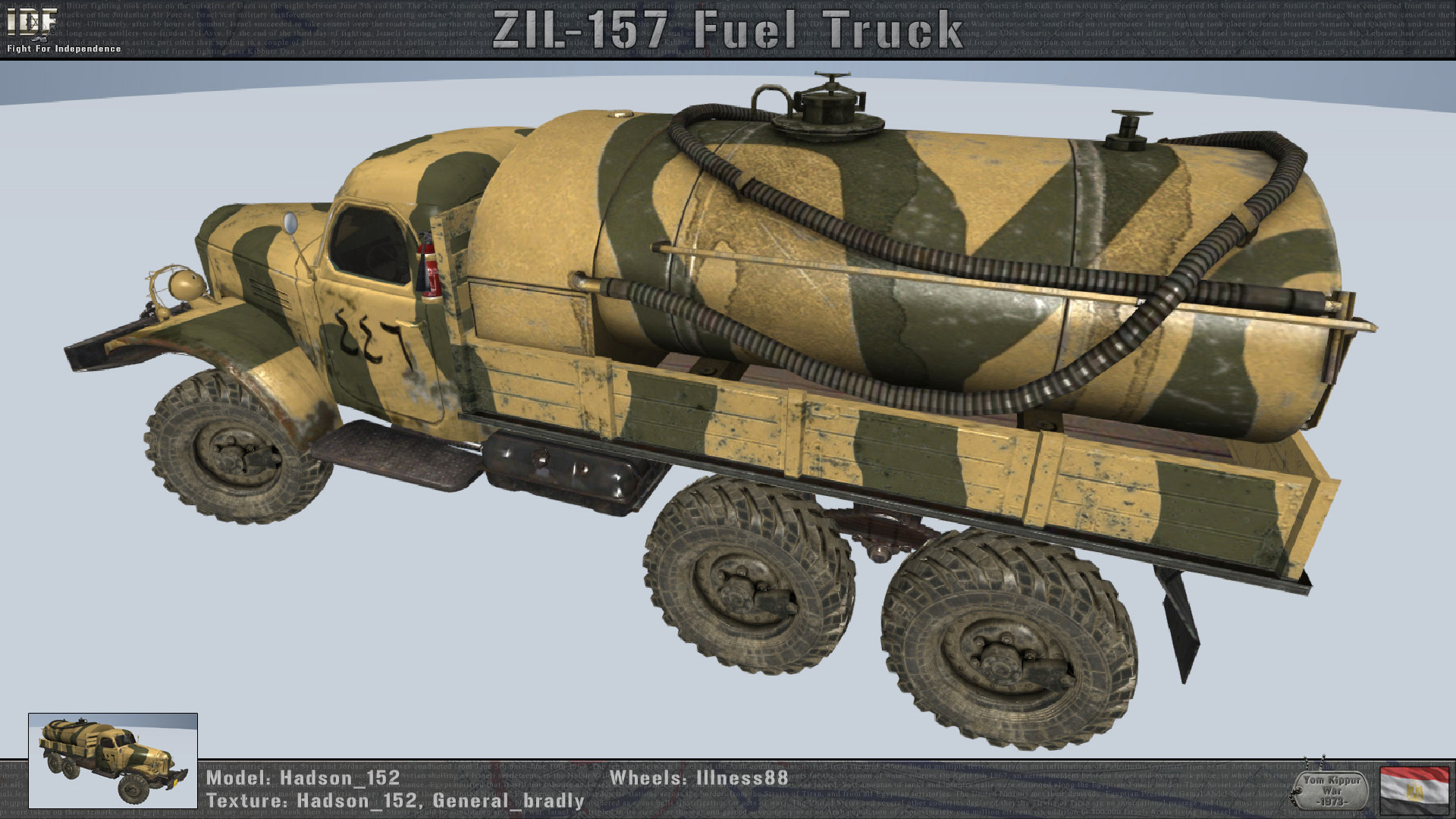 The BM-24 is a Soviet multiple rocket launcher, it is capable of firing 240mm rockets from 12 launch tubes. 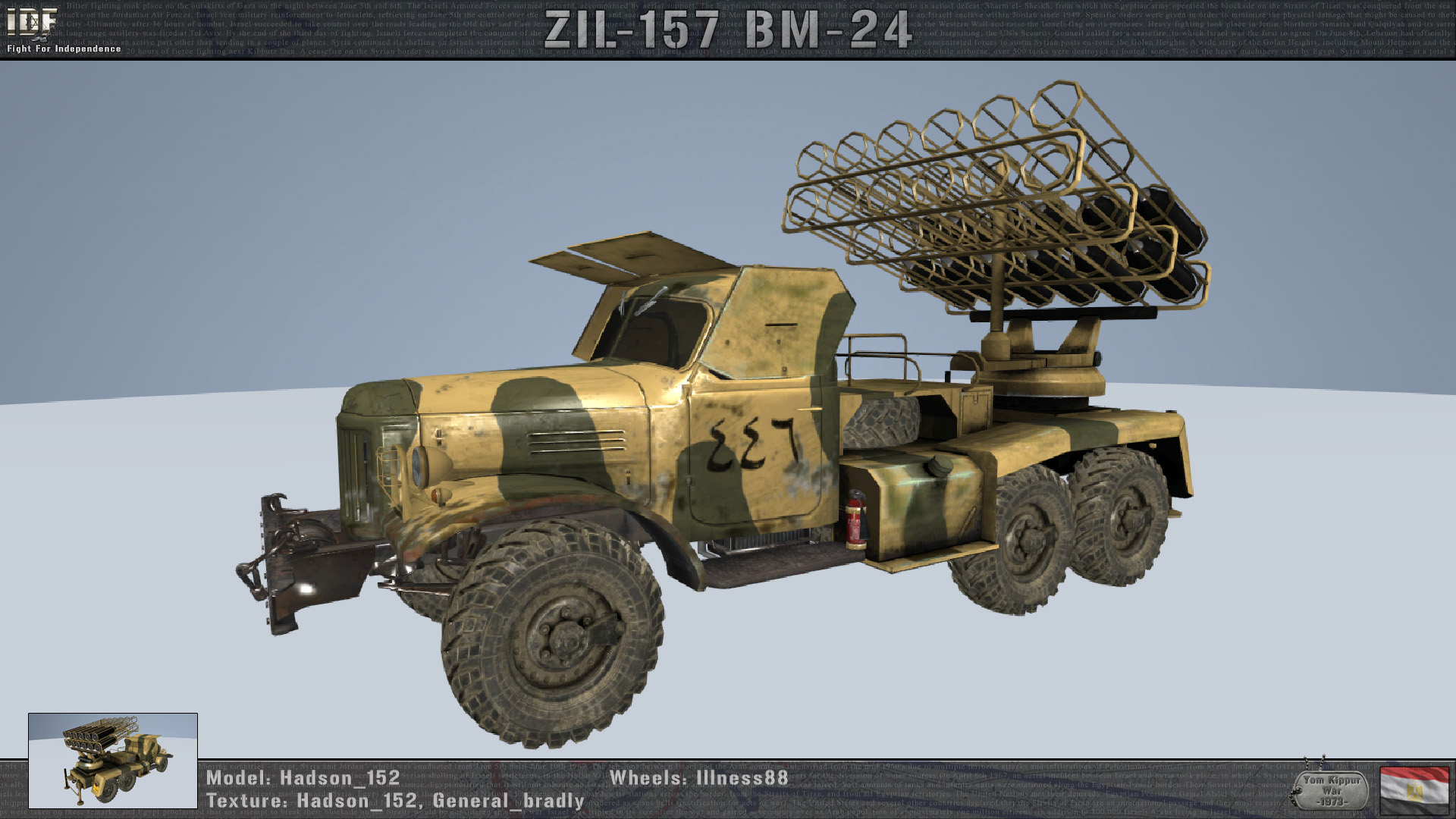 The original model/texture created by Hadson_152. 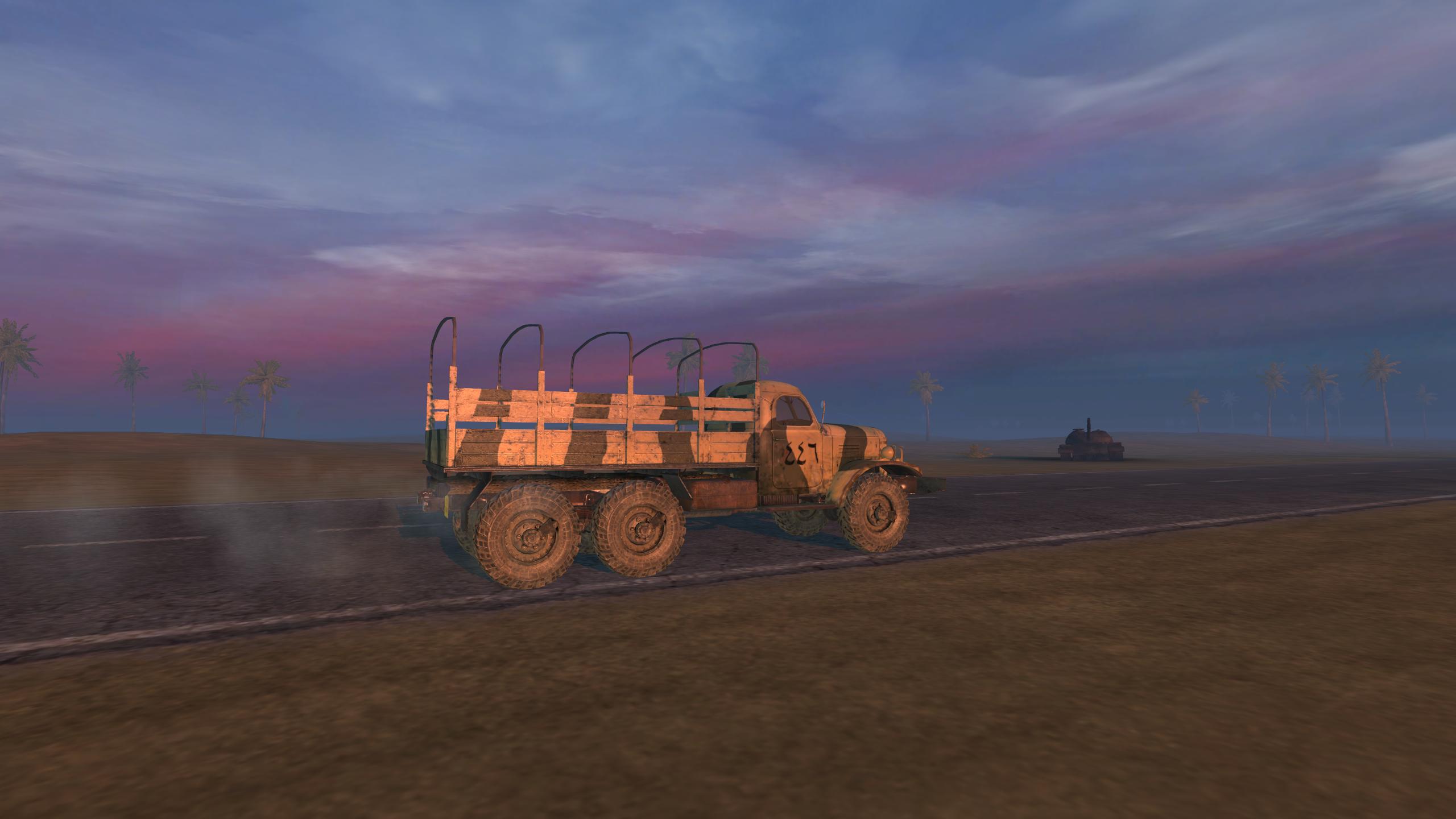 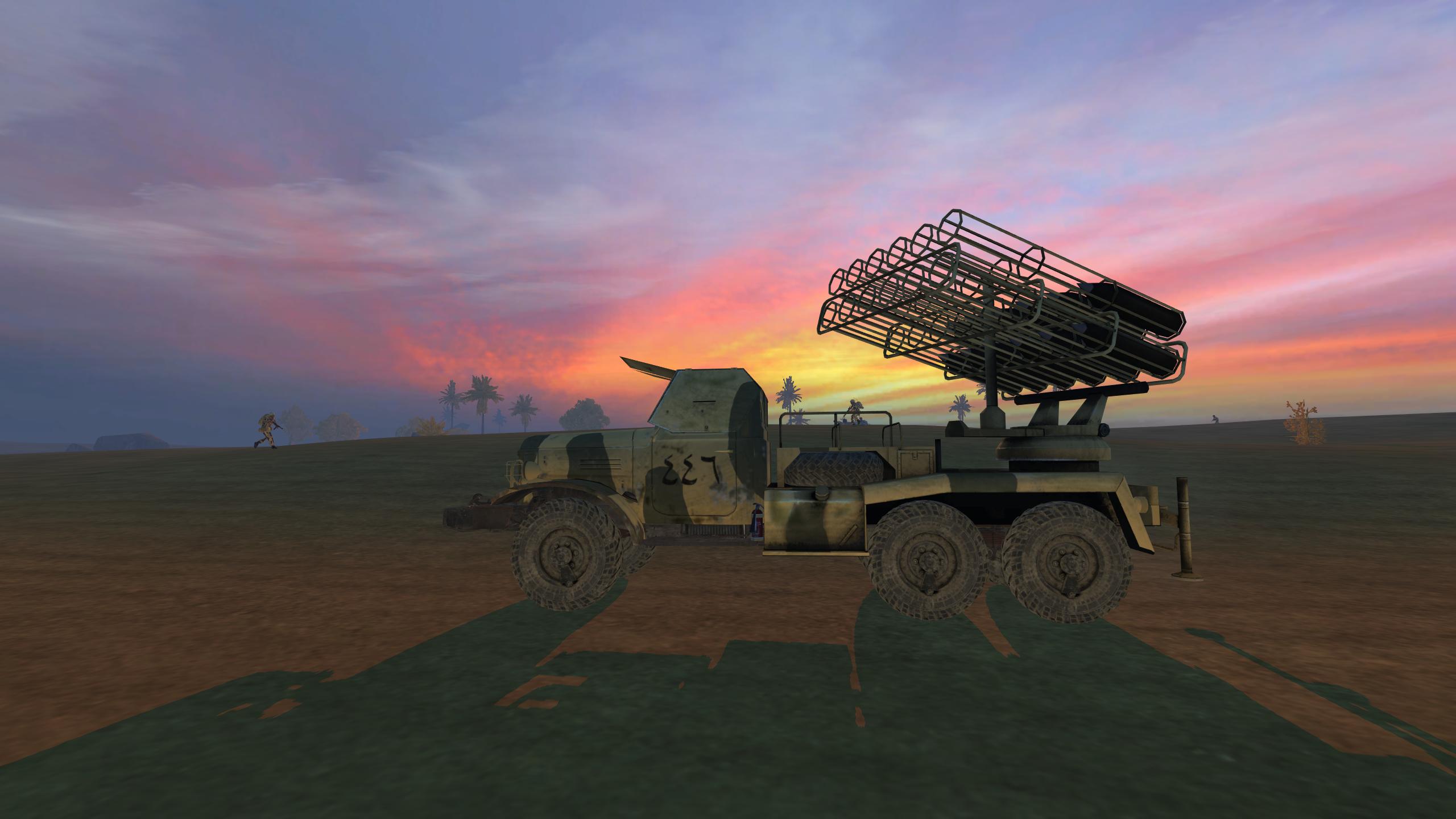 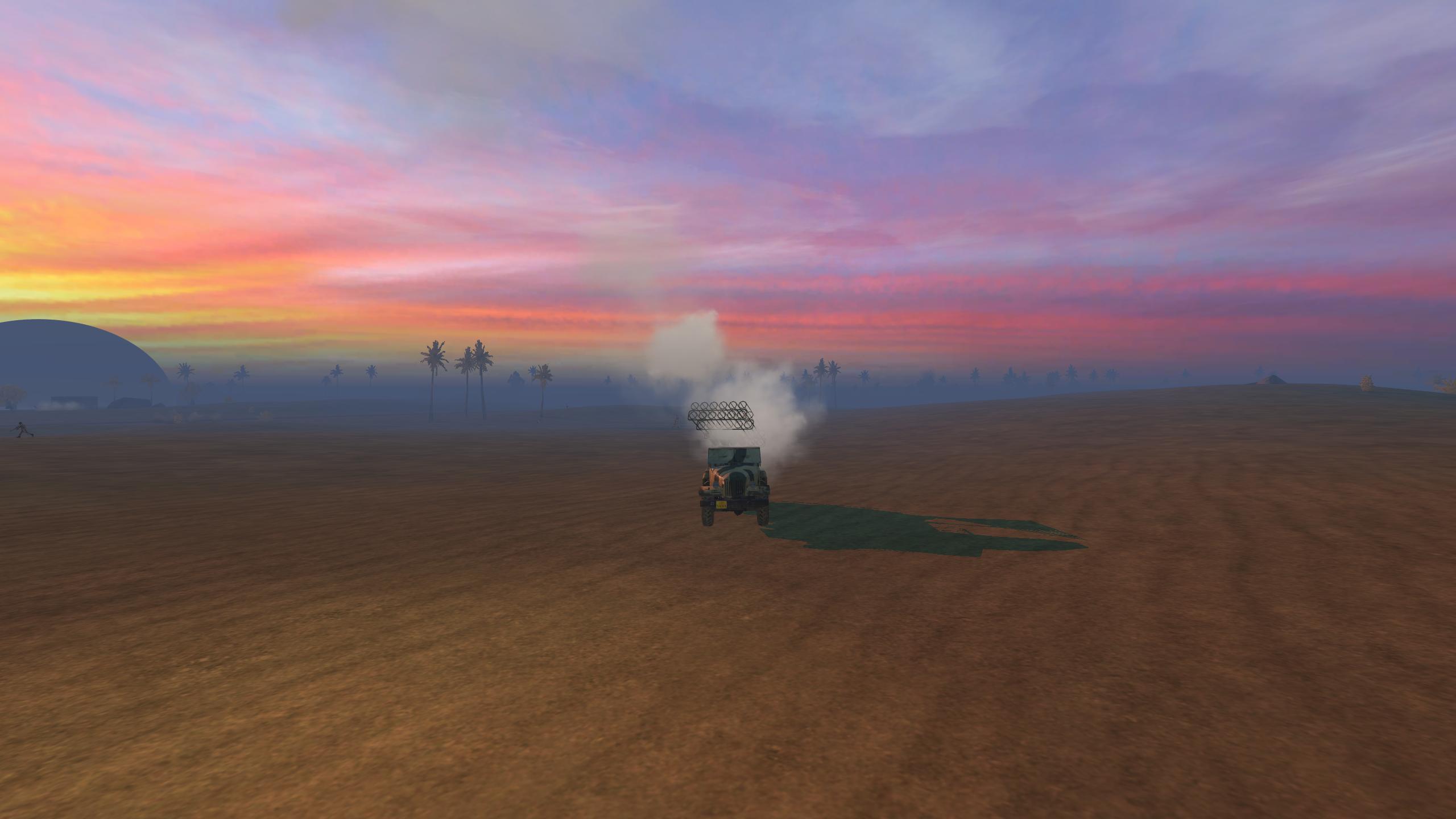 I really love the detail even on the wheel geometry, beautiful model. How many polys on average are the truck variants?

The polycount isn't too bad. There is tons of detail in the texture, especially the wheels. Illness88 is an artist with textures.

Your models are so good that BF2 can't do them justice

Things are looking really good in game but yes the BF2 engine is a limiting factor.