Highlights from our very first dev stream for Eden Rising!

Yesterday we hosted our very first Devstream on Twitch! Brent and Pat run us through the introduction to the game, and the core mechanics with a little help from some friends.

We started out in the Valley of the Ascendants, the first of four massive biomes that players will explore upon arriving in Eden. After a short walk down from their cliff vista overlooking the Crucible, Pat crafted himself his first piece of gear with some pieces of fungus he scavenged along the way. 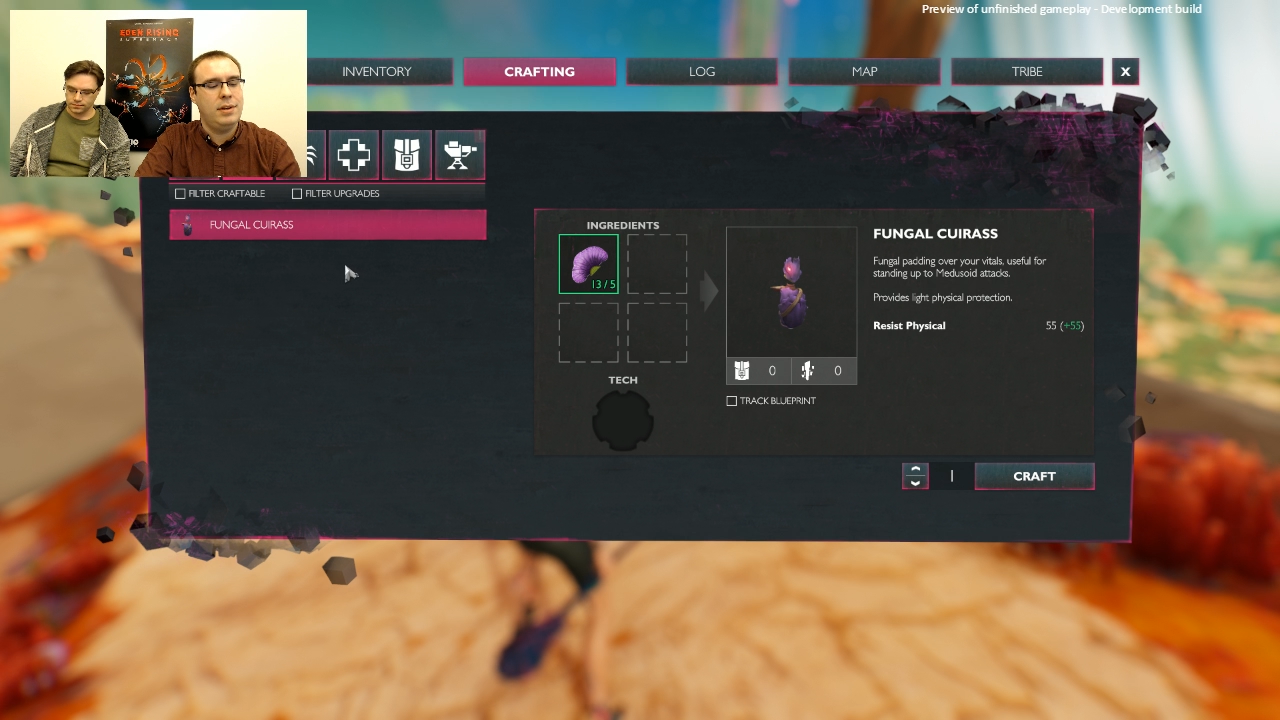 The guys then met up with some tribes mates at the Crucible and take on their first siege, placing down some simple stickpot traps and auto-turrets to ambush the medusas coming up the lane to attack the Crucible. 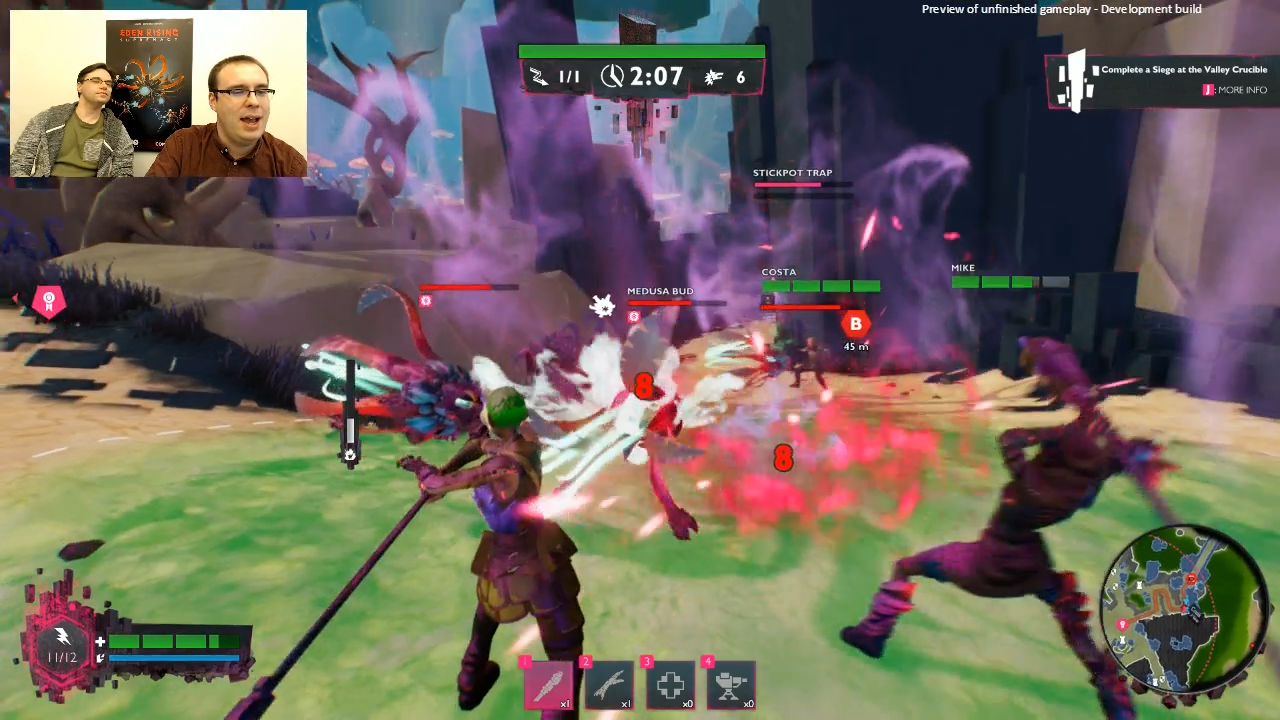 After unlocking a major tech upgrade, metallurgy. The tribe ventures out to the sulphur beaches to find some new materials. Along the way they discover a Telesite, which when activated, will allow them and their tribe to quickly teleport across the map. 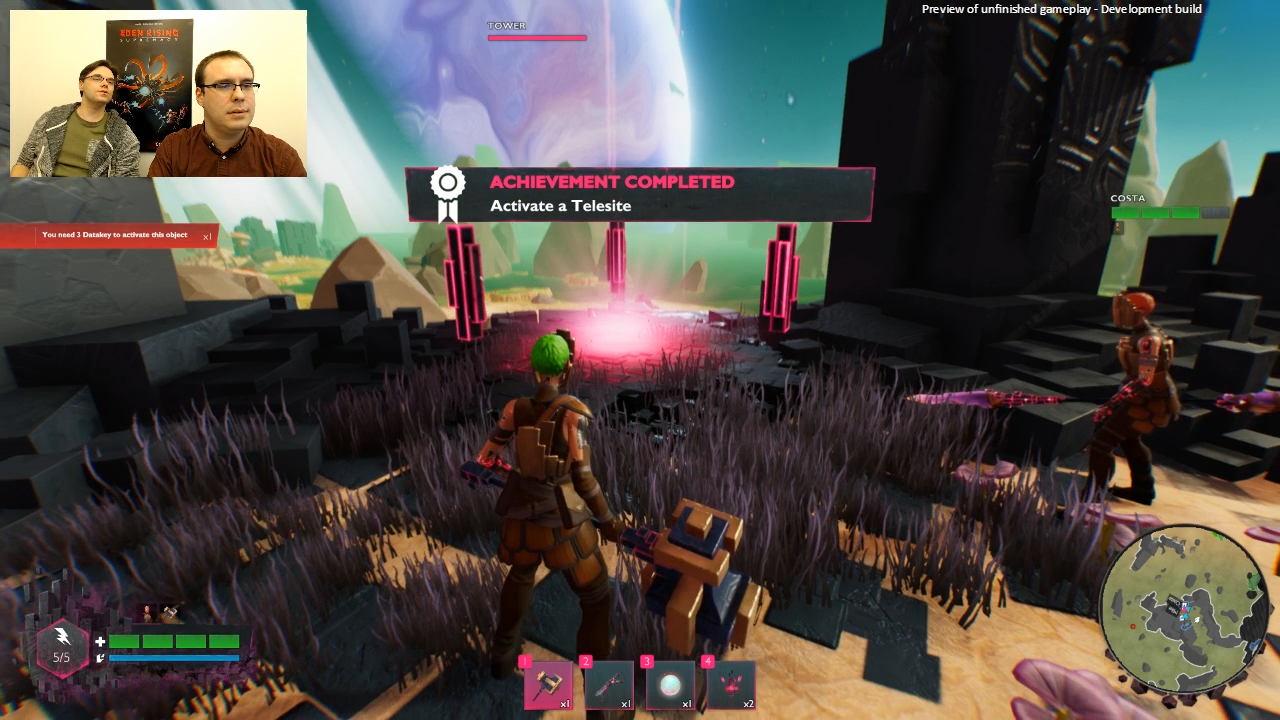 Finally, the guys find the items they need to collect precious metals on Eden and craft themselves a heavy hitting hammer weapon. All weapon types have a range of upgrades and improvements that can be discovered, too bad for our developers that the hammer upgrade needed more monster parts! 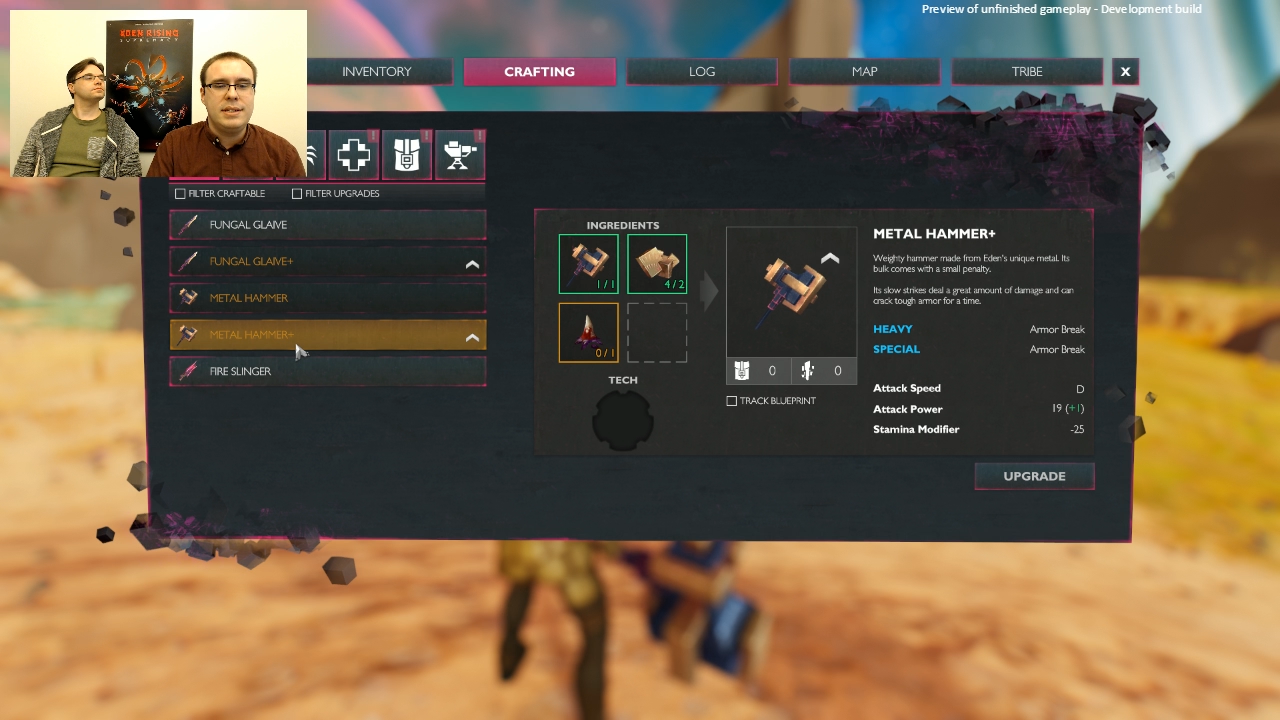 The stream ended with a few questions from viewers including 'will there be a single player mode?'. The answer being Yes! You can tune your servers difficulty at any time, or create a single player server for yourself when you first start playing.

There was a lot more answered in the stream of course, so check out the full video below!

We are aiming to do one stream a week to showcase various parts of the game, other biomes, and features as well as answer questions, we hope to see you there!