Hey guys! Today we want to show you another new feature in the upcoming versions. We worked hard and finally found a way to introduce campaigns to the war of the ring! Battle for Middleearth I fans will remember the campaign and and can rejoice that we ware on a good way to bring back linear and non-linear campaigns in the future! :)

Today we would like to give you another teaser into the reworking of the War of the Ring. It's a scenario! It's a campaign! No ... it's both!

Campaigns in War of the Ring

Yes, you saw that right. While working on the general overhaul, we were also trying to figure out how to implement campaigns in the War of the Ring. At the beginning it was uncertain whether this work would lead to a satisfying result at all, but we eventually got it to work and today we want to present you the first results. The linear campaign from "Battle for Middle-earth 2" on the side of the good races will make the beginning in 4.6. This will not only provide a wonderful background for the transitions between the individual levels, but it will also allow us to bypass the limitation of only two campaigns. 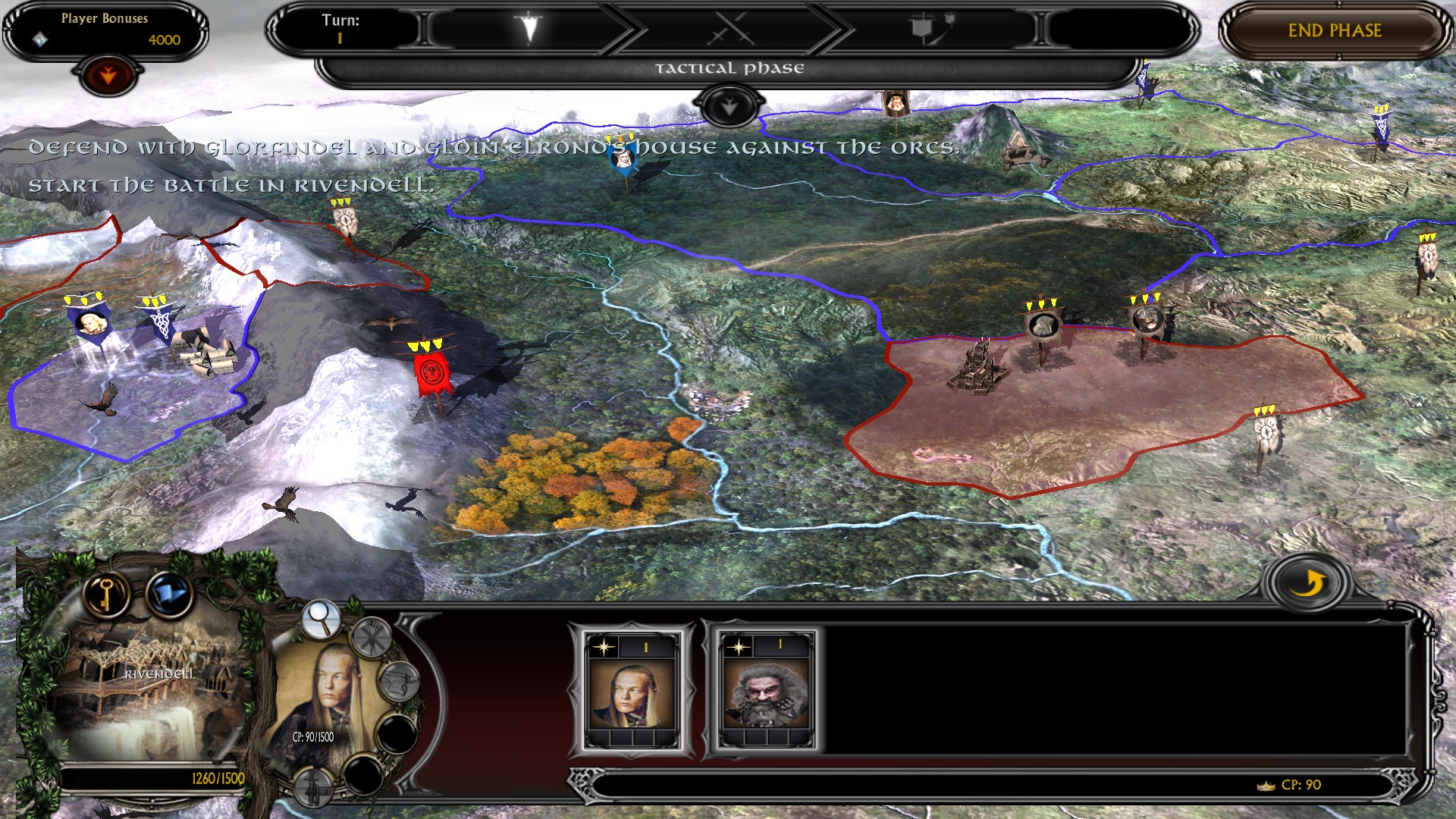 You start after a short intro video with Glorfindel as the army leader near the house of Elrond and have to warn him of the approaching orcs. After the first mission, your heroes will continue on their way through Middle-earth. To do so, simply advance to the next round on the LivingWorld and engage in the next mission. 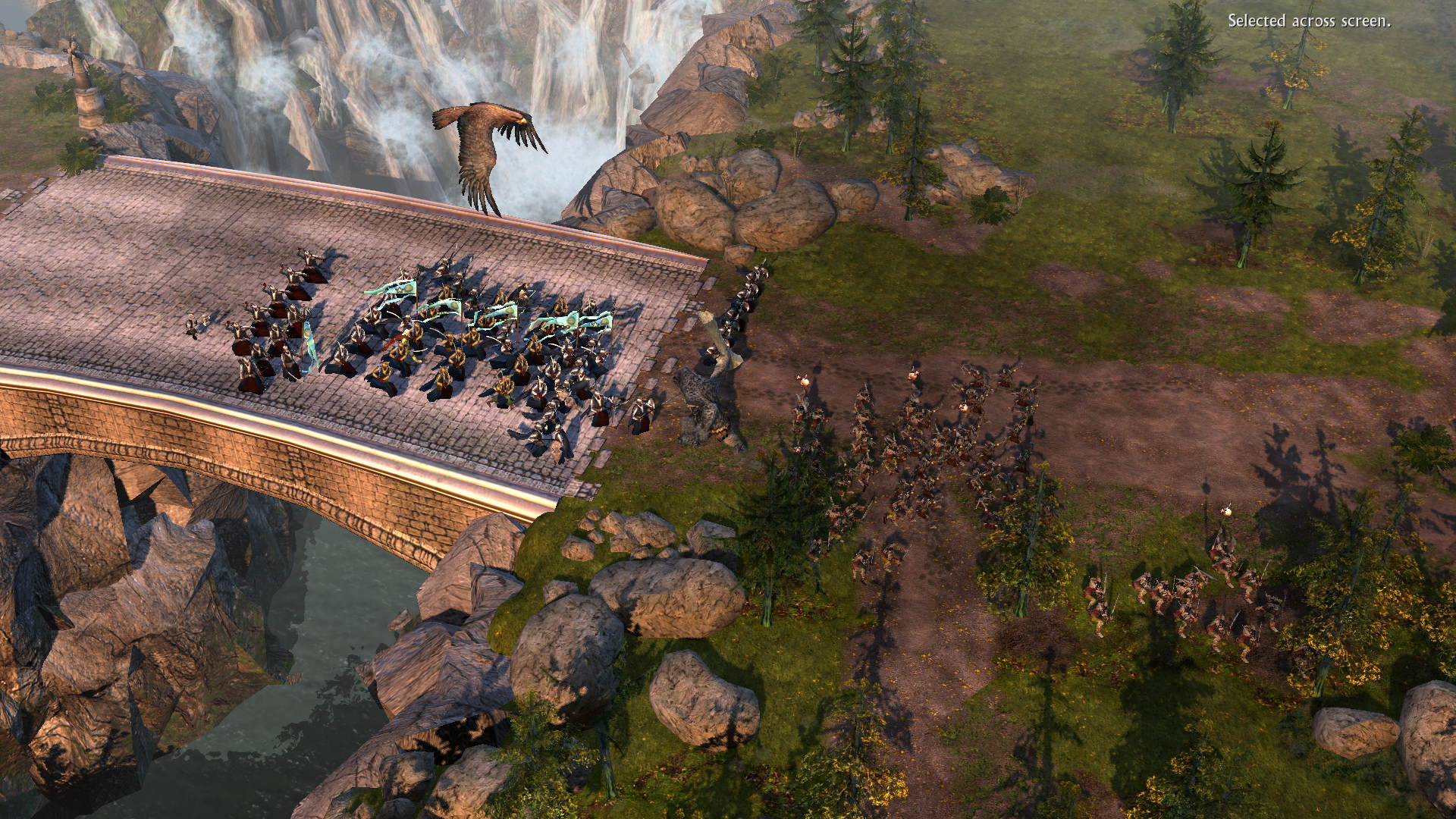 The individual missions of the campaign from "Battle for Middle-earth 2" may already be familiar to most of you, but we are not just making them playable in Edain - we are also converting them to the buildplot system, using units, heroes, and spellbook powers from the latest Edain version. Likewise, some additional enemy activities will be integrated into the maps, so you will have new challenges to overcome with new strategies.
Our goal is for the maps to still feel like they did in the original game, but to be on par with the rest of Edain in terms of gameplay, strategy and graphics.
For example, Rivendell is now attacked by a more powerful force and there is a greater variety of attackers.
In return, you also have access to a larger roster of heroes and more soldiers at your disposal. 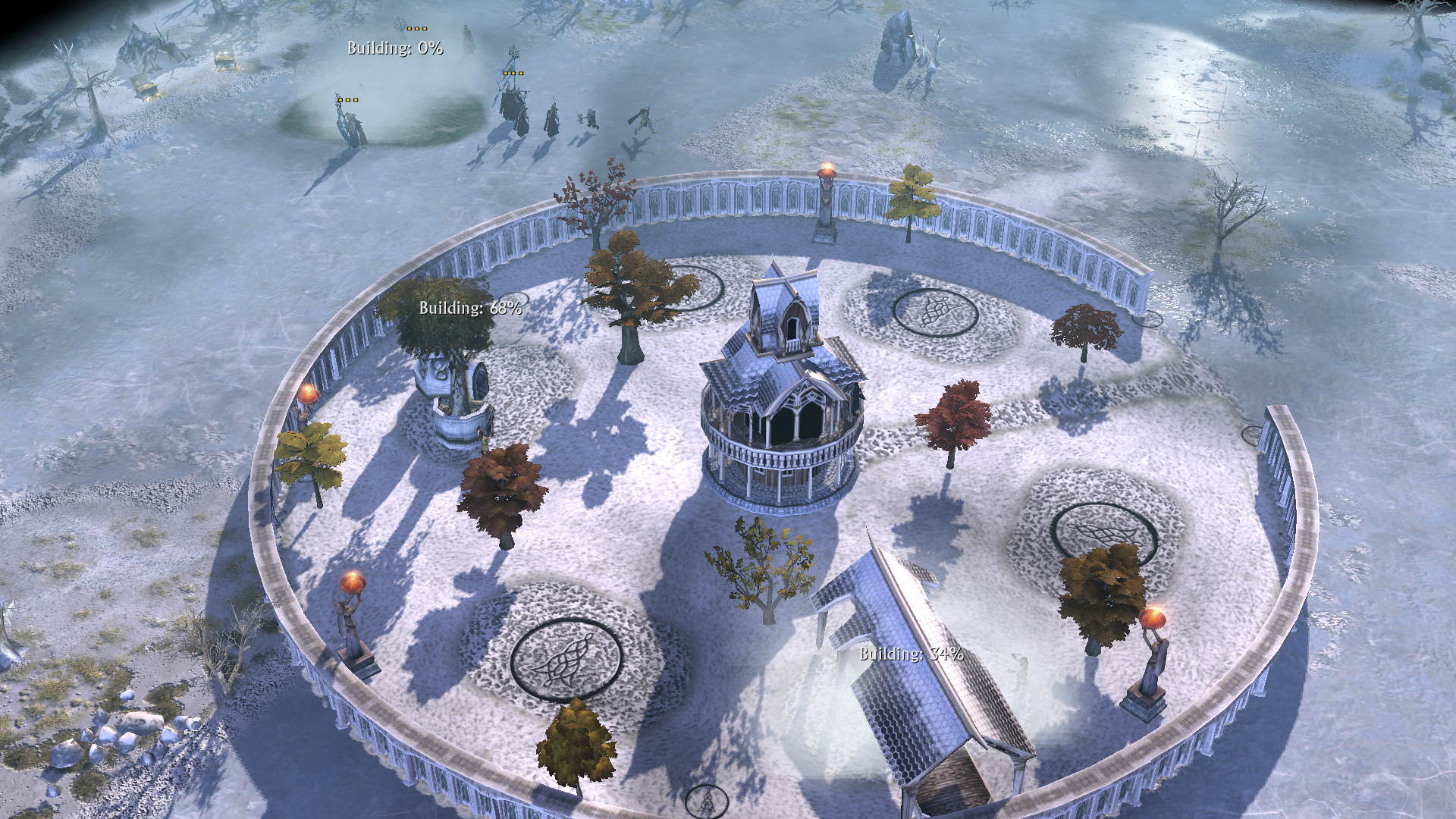 There's quite a lot you can expect in the future, because the work on this is still in progress. Rumor has it that a non-linear campaign would also be possible.
We hope you enjoyed this update and are looking forward to your feedback!

WTF? Are you kidding?!

This mod is becoming more and more insane. I mean just compare the vanilla game to Edain. Unbelieveable work!

We are germans. We are never kidding.
No fun. Just work.

As a Czech, I can confirm that German humour in no laughing matter.

How many germans does it take to change a light bulb?
One. We are efficient and dont have humour.

I am swiss, germans always say we have no humor, guess we are germans on steroids?

No words can describe how this catapults Edain to a far greater position!

1. I wonder (and truly hope!) if there are some missions like the unexpected journey one!?

2. Also could it be possible -and if the engine let it-, in the end of the evil campaing (which is yet to be released) at the very end choose between Isengard or Mordor to a clash against eachother?

Thank you, thank you very much!

1. The hobbit campaign will be a camaign on itself. FG is working on that campaign. It will also be a war of the ring campaign, as we said in the article: We can add more than 2 campaigns that way! =D
2. There are a lot of possibilities for wotr campaign. Currently our main goal is to impement the existing campaigns, but we will see what the future brings :)

That’s what I call a game changer

Hmm, interesting idea! Very curious to see what you guys do with this.

Wow, you outdid yourselves again. And the co-op option is really something else.

I knew it. I was knew it is possible to create a campaign on living map! :DDD

Absolutely amazing !
You guys know how to improve constantly your mod.
Are you considering the idea of making quick campaigns for 2 players using War of The Ring mod ?
Thanks for your constant news and announcements.

This is amazing! A small dream come true! Thank you so much for keeping this game alive after so many years.

I check this page daily out of excitement, you've turly turned my favorite RTS into something even more amazing. Bravo keep up the good work.

Campaign, War of the Ring, Edain