Experience a completely overhauled Mordor faction and lead the forces of Cirith Ungol, play the new Dwarven campaign or take command of a revamped Isengard. Middle-Earth is yours to dominate in Edain 3.6!

We are proud to present to you the latest version 3.6 of the Edain Mod.

This version is one of the most massive we have ever created. Besides fundamantally overhauling three entire factions - Mordor, Isengard and the Orcs of the Misty Mountains - this version also includes a full campaign, the War of Dwarves and Orcs. This makes Edain one of the very few mods for the Battle for Middle-Earth series to include a completely new campaign. 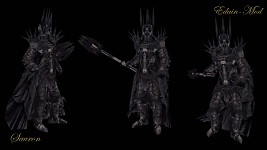 The Free Peoples are faced with a host of new threats and challenges in this version. After revamping Angmar in our previous release, we now focussed our efforts on elevating the other Evil factions to the same level of gameplay and visual fidelity.

Mordor may now call upon the troops of Cirith Ungol to bolster the Dark Lord's hordes. This evil watchtower served briefly as Frodo's prison during the War of the Ring and stands near the lair of the dreaded Shelob. 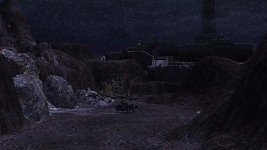 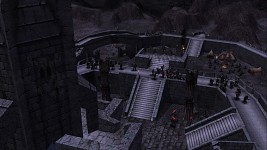 Cirith Ungol is manned by vicious Black Uruks, both melee warriors and archers, as well as Orc halberdiers trained to fight against spiders and other monsters. 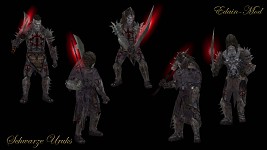 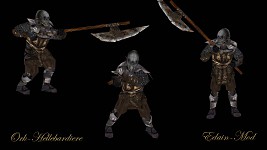 The troops of Cirith Ungol are led by Shagrat and Gorbag, whose greed unites them despite their mutual hatred and drives them into battle for the Red Eye. 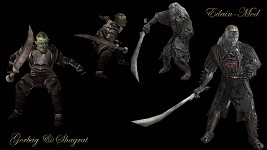 But the Dark Lord has far more terrible servants at his disposal. From the accursed city of Minas Morgul ride the Nazgûl, Sauron's most deadly servants. They have received an extensive visual upgrade to bring them more in line with their nightmare-inducing appeareance in the movies. We believe these to be the most detailed Ringwraith models ever released in a BfME mod. 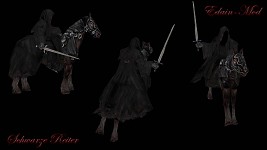 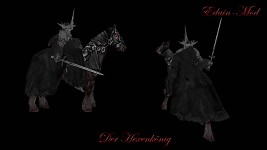 The White Wizard Saruman has also upgraded his arsenal. His fighting Uruk-Hai now look more fearsome than ever. Their captains now grant them powerful new abilities, including crossbow shots that knock the enemy back and vicious sword strikes that deal damage to several enemies. 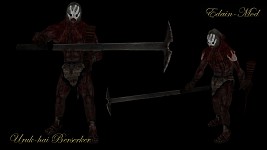 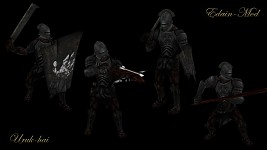 While the armies of Isengard march towards Rohan, Lurtz and Ugluk lead their scouts to find the Ringbearer. Lurtz may mark an enemy as target for the hunt, increasing the speed of all scouts while they are far away from the target and doubling their damage once they've closed in for the kill. 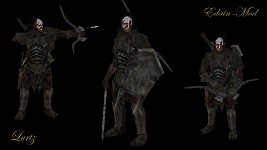 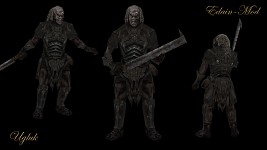 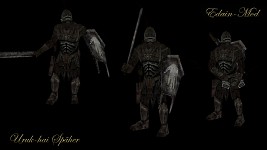 The Orc chieftains of the Misty Mountains have also been completely reworked and now allow three completely different playstyles. Will you plunder and pillage with the Great Goblin, lead a disciplined force of Orcs under Bolg or trust in Gorkil's command over spiders and poisonous weaponry?

The War of the Dwarves and Orcs

The War of the Dwarves and Orcs is one of the first full campaigns ever released in a modification for a Battle for Middle-Earth game. It covers a period of Tolkien history never before accessible in a video game - the darkest hour of the Dwarves, when the dragon Smaug drove them from their ancestral home in the Erebor and Azog murdered their king. It is up to you to lead the Dwarves on their road to vengeance through 12 diverse missions.

Your journey will lead you from the Erebor and the Iron Halls through the treacherous Mirkwood and savage Dunland to the Misty Mountains and finally to the very gates of Moria. You will have to prove your mettle against Orcs, Giants and even Dragons if you wish to triumph over your foes and see the campaign through to a glorious conclusion.

Like all Edain versions, 3.6 contains a host of other small improvements and balance fixes. We aimed to fix several of the most glaring issues like the overly strong Angmar avalanche or the nigh-indefeatable Mountain Giants, toning them down to a more realistic level. New units and heroes like the Rivendell blademasters, trained to fight against overhelming hordes, and visual overhauls to heroes such as Aragorn round out this massive release.

Middle-Earth is yours to dominate!


Note: Version 3.6 is still only available in german!

Note: Version 3.6 is still only available in german!

I played 3.4 and loved it, apart from the very annoying german, I couldnt understand a thing, hoping that 2.6 would have had english, but i guess il have to wait, until the english version is out.

I want to play it now!!!! But still no English. Any news on a future English release? If not, does anyone know any other good ROTWK mods that I can use to hold me over?

RJ-RotWK: Moddb.com is a good one. Hasn't been updated in a while but still good.

Congrats on the release guys. Looking forward to playing this one.

why is there no arnor faction?

Arnor is a mapfeature.
Just play Gondor on maps like Arnor, Rhudaur, Carn Dum... then you'll play Arnor.
Arnor will never be an own faction in Edain.

hey can anyone tell me whats new in elven factions ?

The elven factions themselves are pretty much 90% new ^^ We split the Elves into Lorien and Rivendell and created a host of new units, heroes and structures for both factions. They also have two unique spellbooks. A few things were carried over from the original game, such as the Lorien archers and the Sunflare and Flood spells, but a large part of the factions is entirely new.

Eh, bit of a problem with your uninstallation program. When I uninstalled the mod a lot of things from the mod were still present, e.g. everything was still in German!! The Readme File didn't mention anything about backing up things and now I have to reinstall the entire game to get everything back to normal. Thank you for that!

This error slipped past our testing because our own versions are all German by default. We apologize for the inconvenience and will try to fix that for the next update.

I still don't understand why people don't play the mod just because of the language.
I took a week to understand 90%,and i didn't speak german at all xD

Some people are not very proficient at learning a new language such as myself, iv studied german for quite a few years, but cant understand a thing in this mod,and what powers are supposed to do. English version would be awesome and should be your next top priority, this will incresase you popularity without adding anything new.

Hello everybody, you know when the release version 3.6.1 of the Edain mod on modding-union or MODDB? Thanks 1000, Sauronrasta.

Anybody eyeing making a bodies stay mod? I personally love to heap up corpses..... Also, it looks great, but I am still honing my rusty german... ;) If you guys don't I probably will make a bodies mod.

Is there an official bug report place? And do you guys prioritize on new stuff or bugfixes?

I've been doing a Edain MOD series on my Youtube Channel. Doing a 3 Part Playthrough for each faction. And it's getting good results. I only have 1 question and that is how do you summon Kili and Fili when playing as Ered Luin? D:

Hi,
I have a question about the second mission of the ROTWK campaign, the one in Gundabad. When I've killed all Orcs the mission doesn't end. Might it work when I start the campaign again? Or do I have a bug?