The Edain 4.0 Demo featuring a return to the classic Battle for Middle-earth castle gameplay with Gondor, Rohan, Mordor and Isengard is now available for download - fully in English!

After three years of work we're proud finally release our demo of Edain 4.0!

If you experience any problems, check here for frequent issues and solutions: Forum.modding-union.com


Back to the roots. Edain 4.0 revives the classic gameplay of the first Battle for Middle-earth, expanded with dozens of new heroes, units and spells. Build a mighty fortress, then sally forth to conquer settlements and outposts. Those not only allow you to improve your economy, but also let you rally supporting factions like Dunland or the Fiefdoms of Gondor. Edain puts the entire breadth of Tolkien's world at your command und lets you journey deeper into Middle-earth than ever before! We have adjusted every single map from both games in the series for our new gameplay and created dozens of new ones, including fortresses like Dol Amroth and Cirith Ungol. 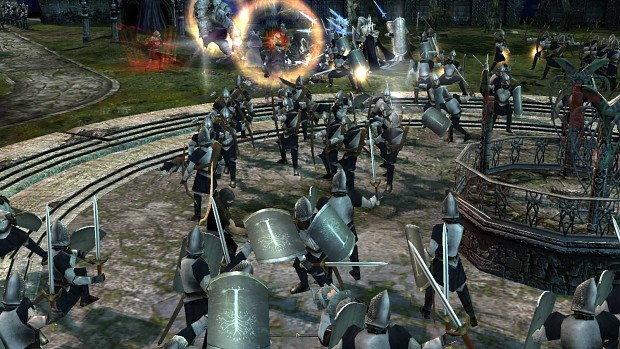 Fully in English for the first time. At long last, this is our first version with full English sound and text! In addition, we have greatly expanded our English forums over on our site - all international fans are welcome to share their feedback and suggestions and discuss them with the team! (of course, German sound and text is still available as well)

Fight the Battle for Middle-earth your way. Seven different game modes let you customize the game to your style of play. In the dynamic Conquest mode, victory goes to the player who holds more than half the settlements on the map for a time, ensuring intense back-and-forth battles all across the field. Or would you rather crush your foes with Middle-earth's greatest heroes? Then the Legendary Heroes might be for you, putting greatly empowered heroes at the center of the game. 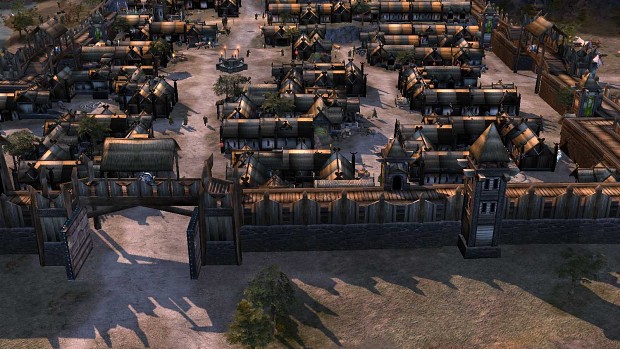 Old strengths, newly enhanced. With all these upheavals and new features, we haven't forgotten what so many of you loved about Edain in the first. As in previous versions, every faction has their own Ring Heroes, some of them brand-new, and almost every hero from the original game sports an expansive set of new abilities. What's more, the custom heroes make their return after a long absence and offer more classes and options than ever. At the same time, we have carefully rebalanced the game to eliminate weaknesses that were weighing the mod down. For example, archers no longer completely dominate the field and battles are no longer decided by a single mass destruction spell - you must cleverly bring all of your strategic resources to bear over a longer time to emerge victorious. 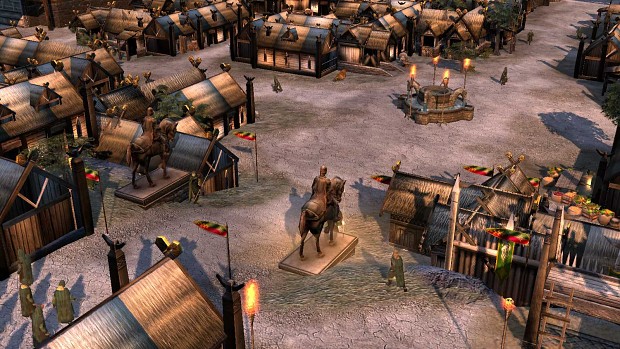 The beginning of a great journey. This demo contains the four core factions of Gondor, Rohan, Mordor and Isengard. In the future, we will periodically expand it and add the remaining five sides: The Dwarves, the Misty Mountains, Lothlorien, Rivendell and Angmar. After years of modding, it is a fantastic feeling to finally share this latest and best version of Edain with you. Thanks to everyone who has followed us on this road so far, and remember: The Battle for Middle-earth has just begun...

But that is so worth it just knowing that the 3 years waiting for this particular version of the mod is almost done.

I've got 10 minutes total for me

I have been waiting for this for ages!
Even if this is "just" a demo, I really can't wait to play it.

Your trailer should have been something like "Here comes Battle for Middle-Earth 3" :)

Keep up the good work,
- Zanktus

I'll play it as soon as I have the opportunity now! ^_^
And so will anyone who is lord of the rings fans too!

The mighty monument of EDAIN is becoming reality!

Thanks to all creators.
It was a very, very long journey. :o)
2.bp.blogspot.com

6 days of downloading, no trolling.

What are 'Anonymous statistics' and 'Sweet-FX' when you're installing the demo?

There is a description for both exactly next to it if you hover over the specific part.

When I pressed the download button, I said "for Frodo"

I am not able to change the resolution, I can't get the widescreen view.. How do i do this?

Wait a little bit. The launcher is doing some tasks before it is loading the resolutions. The display resolution box should become changeable after some time.

It was changeable, and I selected the other option instead of 800x600, but it's still not widescreen

Just finished downloading! Tonight i'll spend my night playing this with friends!
Thank you Edain Team from the bottom of my heart <3

BTW- will it work with unofficial patch 2.02? I guess not, haven't finished downloading 4.0 demo.

no it doesn't because the patch is basically just anther mod

You need oficial 2.01 patch for ROTWK.

Is there a place to submit bugs ? Or I can just post it right here ?

Thanks, I posted it already down here u can delete it if u want

I can launch the game, but every time i go to play a game it crashes once I reach the race select screen. Or the lobby rather. What's the problem? There is no error report either, the game just crashes.

never mind, i fixed it myself :3

I have the same problem. Can you tell me how to fix it?

Delete your My Rise of the Witchking Folder ( /User/AppData/Roaming)

i have problem with with Net Framework

i had it too, but i solved it with this

Weekend is made and I have one more thing to live for!

I played on 2 maps for now, and there are some invisible cave trolls + invisible barrow wights. Also there are invisible buildings that my peasents started to attack by accident. Arnor horsemen have pink banners too. That's all for now

Redownload the Mod, your download seems to be corrupted.

i can't play cause the game crashes when i select skirmish...i've done all the suggestions you propose to fix the problem but nothing happens..HELP!!!

Uninstall the whole game and mod. delete the main folder. reinstall the game, patch it to 2.01, then install the mod.

theres a faction that i always want in 4.0 its Haradirm , please make it happen

There is a bug in Westfold (not sure if it is in other maps) where land in Rohan's castle is pink.

Honestly I kind of want to see that it sounds hilarious :p :D

I have à quastion i play the demo And at certain time THE game comes à time limit when The timer is doen THE games stop is That normal ??

Maybe you have activated one of the game modes:
Moddb.com