This month's update provides a glimpse at our upcoming change to Dystopia, bringing it to the Orange Box engine. This allows us to fix some pretty stubborn issues, as well as adding some great new details.

It is time to admit that we have all been quiet as of late. Many developers have been busy with work, university or other real life obligations. However, they have also been busy with one of our surprises.. 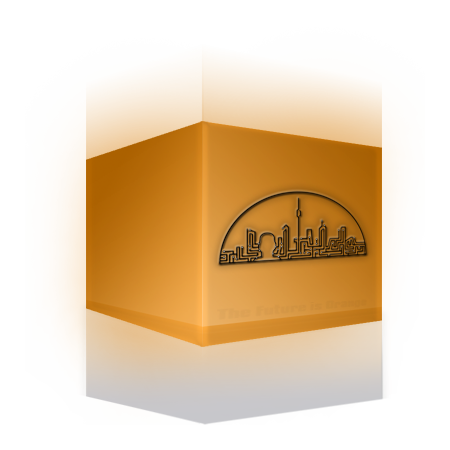 Finally, after a little under a half of a year, our version of Dystopia that runs using Valve's Orangebox engine is nearing its completion. What is amazing about this version, version 1.30, is that Orange Box has allowed the programmers to rewrite many of the core features of the game, with less bugs and better responsiveness. Redoing many things from scratch, has allowed the programmers to fix many stubborn product defects that have been apparent since the very beginning of Dystopia. Here is the current change log for our big push towards a bright new future!

"Changelog" wrote:
General:
- Added separate server say messages for forced team changes that were caused by mp_autoteambalance or balanceteam callvotes.
- Added images to support server map images within the server list.
- Changed server say messages to announce that a player has used Auto-Assign, instead of it saying that a player has joined a team.
- Fix for being put on the wrong team after an autobalance occurs. (Issue #1982, #2488)
- Fix for exploit in which the user could join a team with more players on it, when they should not be able to. (Issue #1972)

UI:
- Added Steam avatars to in-game scoreboard.
- Added ability to change your vote after already voting.
- Changed chat functionality to use Orange Box based chat window, that includes scrollable history and chat filters. Filter for global and Team voicecomms included.
- Fix for not being able to switch through weapons in Cyberspace or Meatspace using the mouse wheel while the voicecomm menu is up. (Issue #603)
- Fix for various crashes with the load out menu. (Issue #2357)
- Fix for the end round menu showing the team that had an objective captured on it, instead of showing the actual team that captured it. Common on dys_silo (Issue #883)
- Fix for the HUD cyberdeck icon sometimes telling the user they cannot jack-in, when in fact they can. (Issue #814)
- Fix for the scoreboard saying 'Dead none' for the status and class. Defaulted to say 'Dead Light' to reflect default class choice. (Issue #1873)
- Fix for IFF on turrets appearing as two-dimensional, instead of three-dimensional which would make the IFF hard to see from certain angles. (Issue #1107)
- Fix for players displayed on radar not being properly colored when dys_draw_team_iff_colors is set to 1. (Issue #2296)
- Fix for a bug that caused stealthers to sometimes not be showed in the radar upon a TAC Scan. (Issue #999)
- Fix for a crash that was caused by using the preset_load command after changing resolutions or switching between windowed and full screen. (Issue #2357)
- Fix so that empty yellow HUD boxes from HL2 do not appear upon spawning or jacking in. (#556)
- Fix for Ammo Icons sometimes not appearing for every weapon that gets refilled ammunition. (Issue #2575)
- Fix so that offline or disabled jack-in points do not show on the radar. (Issue #1176)

Meatspace:
- Added new Stealth effect.
- Added a particle-effect based trail for meat-sacks that are jacked in to cyberspace.
- Added functionality so that Invincible turrets now never draw health bars.
- Changed EMP overlay effect, updated with animated scan lines.
- Changed the Episode 1 engine based Tesla Ball effect to a particle based effect.
- Changed Grenade Launcher trails to show Red for Punks, Blue for Corps and White for Primed/Explosive.
- Changed Laser Rifle firing color to be Red for Punks, Blue for Corps.
- Changed movement so that crouching is only allowed once per jump. (Issue #2385)
- Fix for weapons that have hit-beeps that occur at the same time (Basilisk, Shotgun, Mini-gun) not stacking to make a deeper sound for higher damage that is inflicted. (Issue #2025, #988)
- Fix for Smartlocks losing their trace while ledge grabbing. (Issue #1131)
- Fix for a stealther's Katana sometimes showing. (Issue #706)

Cyberspace:
- Changed the Episode 1 engine based cyber-bubble effect to a particle based effect.
- Fix the chase camera in Cyberspace, it should no longer mess up spectators view angle. (Issue #821)
- Fix for some cases where an enemy decker would not register hits, but should of. (Issue #575)

Implants:
- Changed TAC Scan so that it no longer tracks enemies on the radar, and instead only grabs a snapshot.
- Changed heavies to have 4 global implant slots.
- Changed Mediplant to heal players faster, more efficiently and give you +25 max hitpoints.
- Changed Wired Reflexes to not affect reload times anymore. Wired reflexes now makes swapping to non-melee weapons faster and also gives Minigun a spinning bonus. Additionally, Shotgun, Boltgun, Smartlocks and Basilisk now use the faster reload animation, while Assault Rifle, MK808, Grenade Launcher and Minigun use the slow one.
- Fix so that SWT now tracks all weapons and bunny-hoppers properly. (Issue #596)
- Fix so that Cortex Bomb will not go off if enemies are behind walls, potentially hurting teammates that are nearby. (Issue #1617)
- Fix for an exploit that allows users to toggle certain implants faster. (Issue #2386)
- Fix for not being able to properly use leg boosters while sv_pogostick was enabled. (Issue #1569)
- Fix for ColdSuit shadows showing when Thermal Vision is being used. (Issue #348)
- Fix for issue that made sprint lose energy while jacked in and when jacked out, if the user was sprinting when they jacked in. (Issue #2274)

Weapons:
- Changed the Basilisk so that one of the three Basilisk shots are now 100% accurate.
- Changed Smartlock spread to be tighter.
- Fix for rocket laser dot showing when reloading and after firing, turns back on when rocket is available. (Issue #1891)
- Changed Minigun to be more accurate while crouching and made it slow the player down slightly less while spinning.
- Changed the Laser Rifle so it only has one zoom level and doesn't steal control of the mousewheel.
- Fixed Tesla beams to appear out of players' guns instead of their head. (Issue #1337)

And other sugars, spices, and more niceness!


Many of these issues have been picking at the brains of developers for quite some time, and thankfully they are now alleviated. Like with the v1.00 release and the v1.20 release, we fully intend on giving early access to 1.30 to our loving Supporters! This time however, we hope that it will be less testing and more balancing and just plain fun! This 'Supporter Sneak Peek' will only be occurring for about a month after we allow access, so head on over and become a supporter!

No programming change to Dystopia would be complete without screenshots of some of these beautiful new changes. Special thanks goes to the artists who worked hard to put in some of the most prevalent particle effects in the game, including the new Cyber Bubble, Tesla Ball and Decking Trail. Have a look! 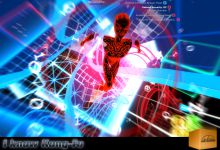 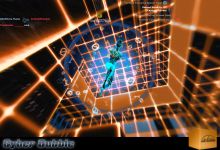 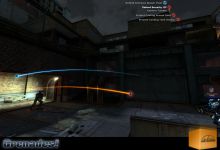 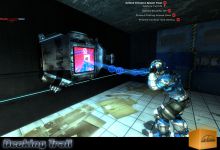 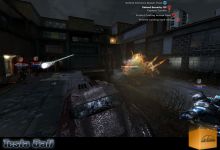 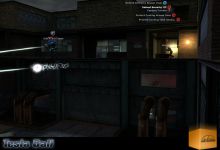 Finally, we’ll wrap it up with a quick call for additional help for our ever-growing development team. At the moment, we’re looking at enlisting more programming help and a technical artist that is skilled with animation rigging and painting weights in Maya. If you have experience in either, be sure to check those threads at ModDB out.

Until next news update… which should not be too long from now.

Can't wait for this!

HOLY S***T!!! O_o Cant belive what I finally see Dystopia on Orange Box! Oh man... I so excited!!! I will waits it very very hard!

Very cool. You guys do some amazing work!

This is so going to rock!

Source 14 is the best source engie ever

I have L4D1-2 will that count as the orange box engine or do I need the Orange Box package ?

Check for Source SDK Base - Orange Box in your steam tools. If it's there your good to go. I'm fairly sure it comes with all source games.

Newman is correct. Any source game offers both the Source SDK base and Source Development kit, as well as the Orange Box counterparts.

If you're ever in a position where you do not own a source game, Half-Life 2 deathmatch is $4.99 and will allow you the capability to play any of the 8 mods available using Steamworks, and the numerous released mods listed on the Steam game mods page.

This is looking pretty fricken slick.

I was going to ask about why you wouldn't just port it to the L4D engine, but I bet you'd say either it's much harder or the engine enhancements aren't that much.

ok the news is great....but when does it come out?