With another passing month the position of producer has also passed on to a new member of the team and with it, many exciting changes to Dystopia! 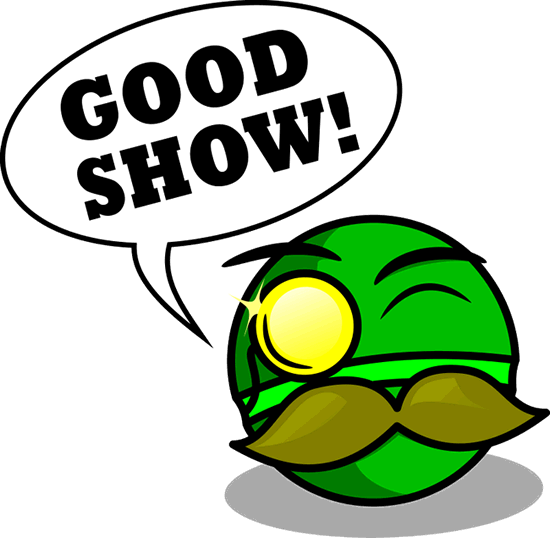 A lot of you may have noticed that the team has been a lot less active since the releese party. Well, I regret to inform you that, due to internal issues, urinal-cake has now left Team Dystopia in order to fulfill his lifelong dream of joining a convent and becoming a nun.

As of last week, I have been elected the acting leader of Team Dystopia. Having me at the DJ Wheat intervu was a way of passing the torch to me, and I'm gonna do the best job that I can.

We'd like to take this opportunity to officially announce a major overhaul for the next version of Dystopia. Since games like Ragnarok Online, Dokapon Kingdom, and Team Fortress 2 have been so successful, we've decided to combine a lot of their art style with our own for a completely different visual experience, as the new corp medium concepts on the website show. We feel that this will appear more to the much sought after casual gamer base.

Dystopia will soon be receiving a massive change to its core game play mechanics as well as we move it over to orange box. For starters the game will be more accommodating to new players both game play wise and visually. Additionally a number of elements other popular titles will be included such as gaining levels, purchasing new equipment and doing quests!

Some of the fun new game play mechanics will include:
-Critical hits! Any time at random you may roll crits that will do awful awful damage to the enemy.

-Critical failures! Like critical hits you can also roll critical failures, this will cause any kind of malfunction from falling over, to having your weapon explode in your hands!

-Hamster ball’s hand cannon store! While not playing the game players can buy or rent weapons with money they earn in game! But if you’re not good enough you can always use real money to buy them as well.

-Customisable characters! Hate the fact the corp medium and heavy get to have delicious soup slowly drip fed into there blood supply while lights are left to STARVE?! Well no longer! Using our new customisable avatars you can put all kinds of fun costumes on the class of your choice! Including monocles.

-Ranking up! Here at team dystopia we understand when your G-Rank increases you don’t earn anything, well now you can increase your rank and gain access to new and powerful weapons and implants as well as benefit from perks such as increased health and damage for being such a dedicated player, this will be playing right in with the new experience system that rewards players for landing the killing blow on foes and capturing objectives.

-MOAR ACHIVMENTS! More than a 100 new achievements await players, such as "TK 50 players" or "Accidentally backhack your own team." Collect them all and you may even be rewarded with new weapons to use on the battlefield!

Improved balance! There’s a lot of changes on the way so were making sure everything is balanced; it doesn’t matter if your enemy shelled out $20 for the new MK-9001 because it’s going to be just as balanced as its 808 counterpart, balanced against its cost that is.

Finally, all riffles will be rebalandced to make the game more fun.

Here's the planned changelog, with all of this and more, which is intended for the next release:

Console:
-Sever commands can now be changed by any client
-cl_equip has been added for the new unlock system

UI
-Fixed bug where occasionally the mini map would display teammates, teammates are no longer displayed on the mini map.
-G-Rank is now displayed on all IFF along with player icon.
-Added /fishes emote.
-Voice over’s changed again, all punks are now voiced by Jason Statham while Vin Disel voices the corps.

Meatspace
-Mk808 dammage reduced from 50 to 10
-Assualt riffle damage reduced from 15 to 1.5
-Tesla riffle primary now overheats after one second of constant fire
-Fixed bug on the Tesla riffle secondary where occasionally the ball did not damage the user
-Grenade launcher damage buffed, along with the area of effect, rate of fire and clip size by lets say, triple? Nha to low, quintuple the amount!
-Light class weapons have been removed; they can now only use the pistol.
-Light class weapons can now be dual wielded by mediums.
-Bolt gun damage reduced from 85 to 20 to balance out the ability to use two at once.
-Shotgun removed, no one used it and it pissed me off when they did.
-Laser riffle buffed, weapon now instant kills at full charge regardless of range or hit location.
-Fixed a bug where the first 23 shots of a machine pistol had a chance of killing players.
-Dual smart locks have been renamed to Quad smart locks.
-Fixed bug where some times ion cannon wasn’t able to kill targets behind cover.
-Minigun now causes push back and no longer spins down in the air; heavies can use this to reach locations they normally couldn’t.
-Basilisk clip size has been removed; basilisk no longer needs to reload.
-Rocket launcher has been reverted back to U4 levels and is a hard counter to the medium class.
-Changed spider grenades so they no longer deploy, additionally there damage has been increased.
-Fatman fist has been replaced with the heavy katana; it shares the same properties as all the other katana but deals 120 damage.
-Added more than thirty new weapons to the medium class for players to buy from our website, including the MKG-9000.
-Explosives cause that damn ear ringing sound again.
-Basilisk now receives 3.7 ammunition from the dispenser.
-Armour no longer reduces damage received but can be regenerated by standing on a spawn pad.
-Explosive weapons now deal 200% extra damage to armour to balance out the ability to regenerate it.
-Mediums have been given back there third frag grenade, and there fifth, sixth and seventh. Mediums able to use all seven grenades in a life are rewarded with seven fresh grenades.
-Lights have had there emp grenade count further reduced to 1.
-Katana model has been changed to better reflect its range, known bug, katana model clips thru floors currently.
-Button bug now happens 0.0000002% of the time from 0.1%
-Fixed a bug where doors only did damage instead of killing people outright.
-Fixed hamster balls refusing to obey physics and being perpetual motion generators.
-Fixed spawn timers spawning people before they had waited 30 seconds.
-TAC rewards players with +2 points every scan

Cyberspace
-Removed hit scan.
-Decreased speed of projectiles.
-Changed the way projectiles cause damage, they can now do any where between 2 and 46 energy damage.
-Fixed bug where shaft did damage.
-Programs now take twice as long to run if the Decker is not equipped with an enhanced cyber deck.
-Returned air control to V1 levels
-Green ice now kills enemy deckers.
-Cost to plant ice mines has been reduced to 4 energy.
-Ice alarm noise changed to better inform people that the fucking objective is being captured and we don’t care if the whole team is dead GET TO THE DAMN JIP.
-Added Quad shard and Red shard that spawn in cyberspace and are vital to control of the game.

Implants
-Fixed an exploit that aloud players to go invisible with the stealth implant
-Fixed a bug where players using the cold suit implant wouldn’t be rendered by players actively using thermal vision.
-Wired reflexes now allows players to switch to there katana in the past allowing for kills to be made before the player had even contemplated changing weapon.
-WR and Leg boosters are now equipped by mediums on spawn without having to be selected
-Fixed a bug where the mediplant healed other players, all energy and healing is now used on the owner instead of heavies who walk into turret fire.
-New skull gun implant has been implemented and can only be used by supporters; the implant automatically shoots a weapon attached to your head when you look at enemy players.
-Fixed TAC not making SWT totally redundant.
-Reduced Sound suppressor to 0 slots on account of no one taking it.

Mapping:
-Added Spamball_s to the map rotation
-Vaccine airlock now made a feature of every map
-Fixed turrets not instantly turning and killing players after a spawn is captured.
-Fortress has been remade, again.
-In response to the out cry vaccine has been reverted back to its U4 version, we apologise for changing it.
-Upped the door count on exodus and injection to discourage snipers.
-Fixed a bug in the map vote system that aloud people to access maps not on the map rotation such as exodus.
-Changed the environment of cybernetic to be that of an old gold mining town.
-Additional props have been added to silo’s final objective room to increase the challenge of moving.
-Assembles first spawn for punks now requires the team to press four buttons all at the same time to exit into the production line.
-Added two new maps, Dys_Vaccine2 and Dys_Parcunia


We hope you enjoy the new Dystopia, which we expect it to come out sometime in the summer of 2012!

I am totally gonna buy this game when it comes out!

wow i cant tell this is a April's Fool joke

this is gonna be sweet!
Implants
-Fixed an exploit that aloud players to go invisible with the stealth implant
THIS IS WHAT I WAS WAITING FOR

heh, you had me there for a sec, till i looked at the changes, then i was like ermmm, wut?

Posting this on April 1st is a bad idea... people will not take this seriously.

These are great additions and fixes, I can't wait for the release!

This fixes all the problems I have with this mod! Except that it looks like I can still die. That's a bug that needs fixing right a way!

"New skull gun implant has been implemented and can only be used by supporters; the implant automatically shoots a weapon attached to your head when you look at enemy players."

Good, now we wont need to get out that dam asalt gun.

If this update actually came to pass, I would probably kill myself. Good thing it's AFD!!!! :D

Hehe, nice, although i kinda liked the new "gun shop" you can go to while not playing. Kinda like a real economy for the mod. Earning points ingame to spend, sounds kinda cool. Other wise n1 Dystopia team!