A closer look at the new economy power for the Dwarves.

Hello again everybody, today we will be looking at a new take on the well-known Dwarven Riches Spellbook Power. Please note that some values might change once we reach beta.

As we all know the dwarves are known for their great wealth and greediness. However, we thought their current implementation didn’t fully reflect that. So we decided to return the old Dwarven Riches, replacing the Runes power. To truly show the great might of the Dwarven wealth, as well as addressing an economy problem they seemed to have. In one of our earlier showcase videos the dwarven riches was already implemented, but we did find that in its current form the spell was too powerful. So we decided to only make it useable on settlement buildings. Considering it’s a tier-two power this shouldn’t cause major issues. We did feel that the spell itself was still a bit bland though, and we were trying to find ways to make it more interesting.

In the current patch the dwarves are split into three realms: Erebor, Ered Luin and Iron Hills. Don’t worry, the different realms will still be there. But we did see an opportunity to give the Dwarven Riches a unique twist, to further distinguish the different realms. We thus decided to give the spell a different effect, depending on which realm the player is playing as.

When you choose to play as the mighty dwarves from the Lonely Mountain and cast Dwarven Riches on your settlement building it will immediately spawn 3 treasure chests around the building, which you can pick up and will grant you 500 resources per chest. 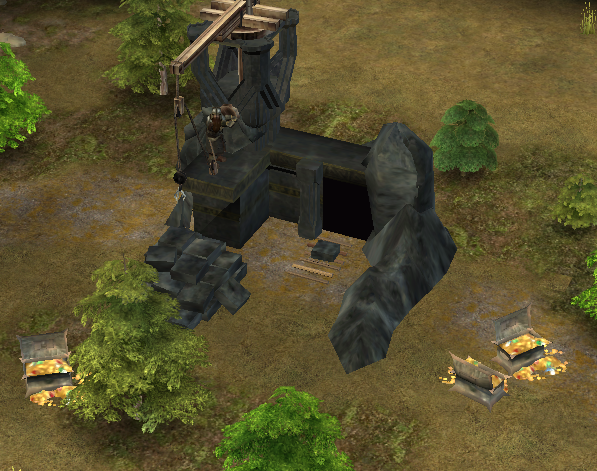 The spell gives an instant burst towards your resources. We thought the treasure chests made sense for Erebor, given the vast amount of gold inside the Lonely Mountain. The chests can be picked up by both allies and enemies, forcing the player to use it carefully. For those who are worried that it might be difficult or tedious to have to send their units towards the settlement every time the spell is used, don’t worry. In our dwarven showcase we showed the newly added Miner Garrison spell that the Dwarves start with, these miners are able to pick up the chests as well. 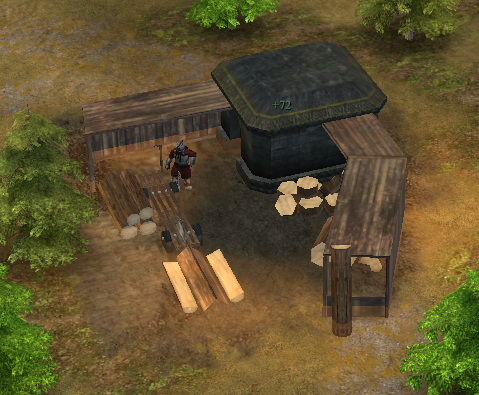 Considering the building is vulnerable to attacks from the enemy, the player is forced to defend the building in order to keep the spell’s usefulness. This however proved to be rather unfair when compared to Erebor so we decided to also give the building a +30% armour bonus whilst the spell is active. So in comparison to Erebor the total resource potential is higher, but it also has more risks of failing.

The dwarves to the far West of Middle-Earth are used to travelling far distances. We thus wanted to make Dwarven Riches reflect this characteristic of the faction. When you use the Dwarven Riches on any settlement building it will spawn builders around it for the course of 3 minutes, for a total of 10 builders. These builders must then be taken to your citadel where they give 200 resources each. 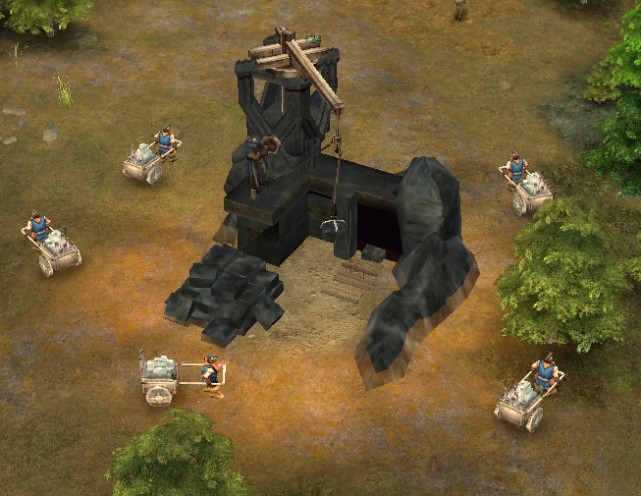 Just like the Iron Hills’ effect, using Dwarven Riches as Ered Luin also grants +30% armour towards the building whilst the spell is active. However given that it requires even more micro-management and has evn more risks than the other realms, the total production output is also higher than that of Iron Hills and Erebor.

We think that these changes provide a good addition to Edain’s Dwarven faction, and we hope to have given you a good insight in one of the economy changes for the Dwarves. We look forward to your feedback and thoughts.