The latest version of Dune Wars, the mod based on the series of novels by Frank Herbert is here. This version has been in development and beta testing for months so we really hope you enjoy it...

The Dune Wars mod is based on Frank Herbert's epic Dune saga. It features a struggle to control one planet - Dune, Arrakis, a barren desert wasteland which is valuable for one thing only - the spice melange. The spice is an addictive substance that turns the eyes blue over time; it extends life; it allows for the Navigators of the the Spacing Guild to fold space, that is, travel from one point in space to another without moving; it is the basis for the economy and trade of the known universe. The spice is produced by the Sandworms, giant creatures that live their whole life in the sand.

Dune Wars is a total conversion of Civilization 4 : Beyond the Sword. Features include:
+ 9 playable factions
+ Spice and Harvesters
+ Massive sandworms roam the desert
+ Pay the guild to transport troops from your homeworld
+ Water, Offworld Trade, Unique Civ Abilities, Terraforming and more...

Are you ready to become the sole ruler of Dune, and in turn, control the universe? 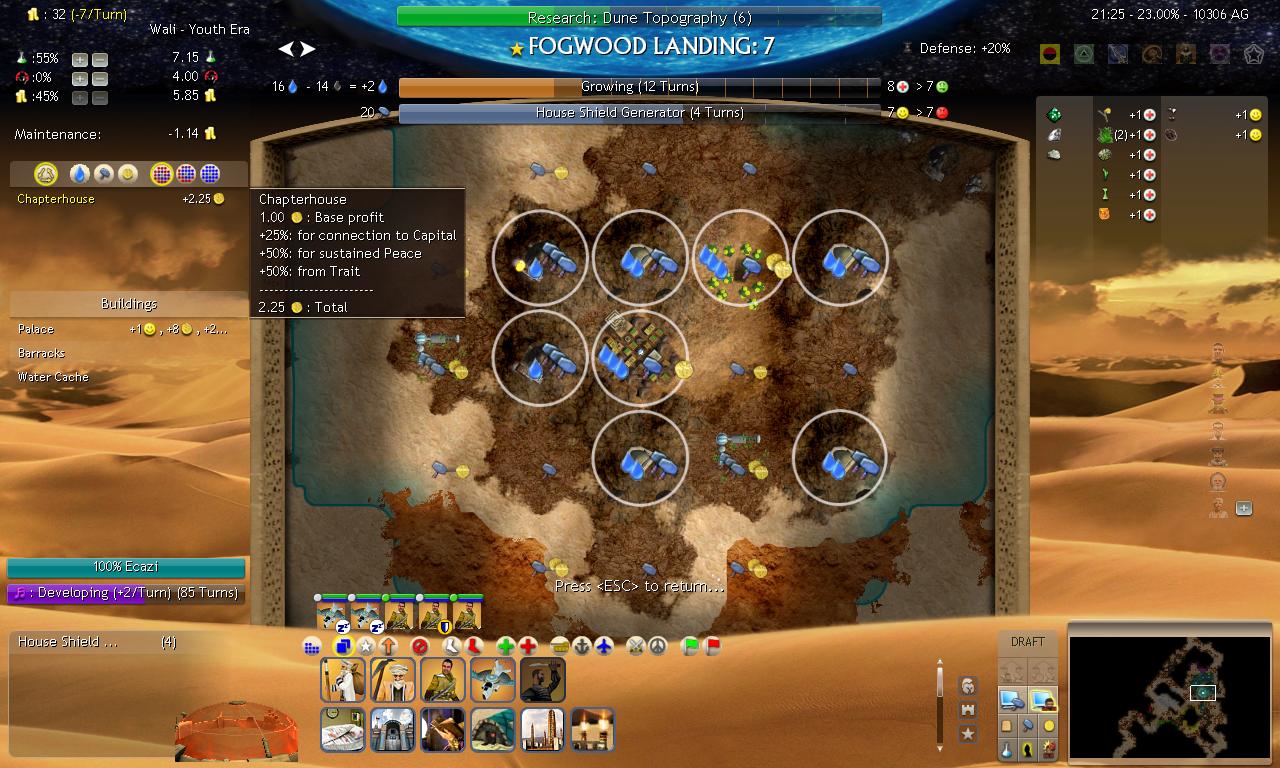 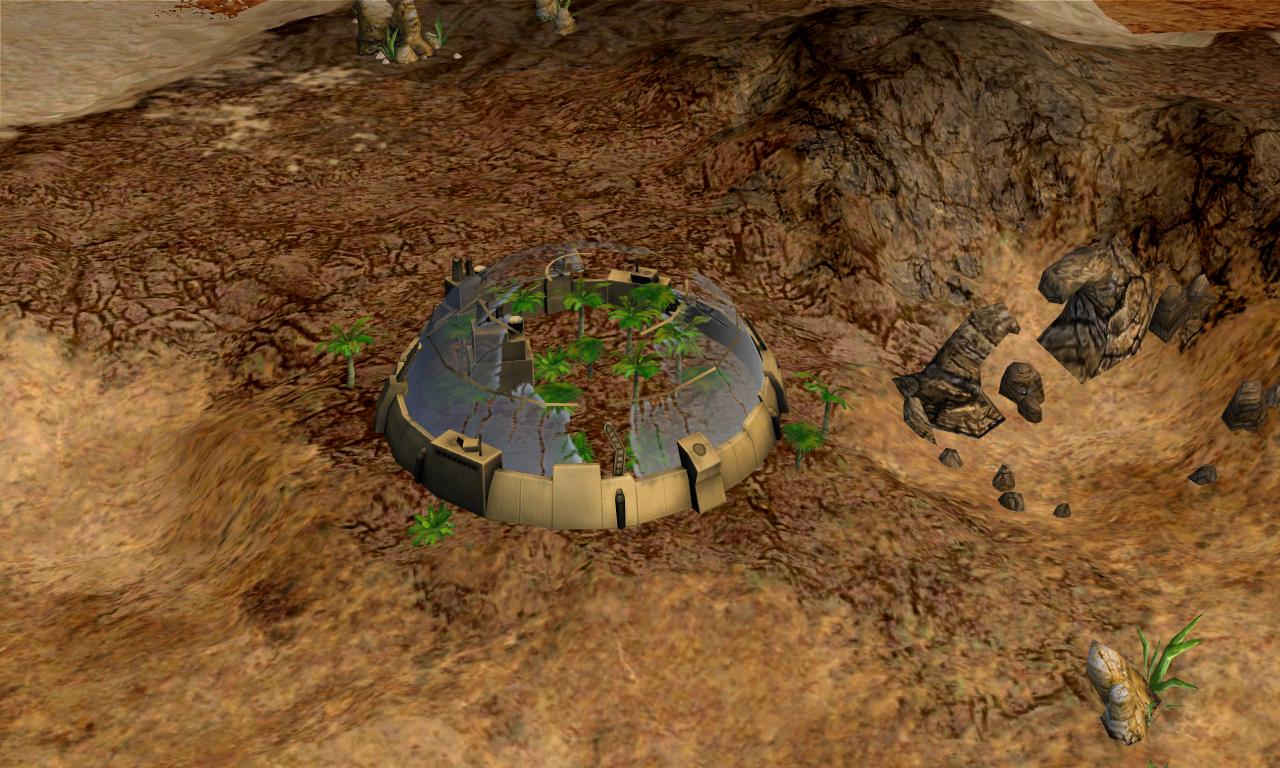 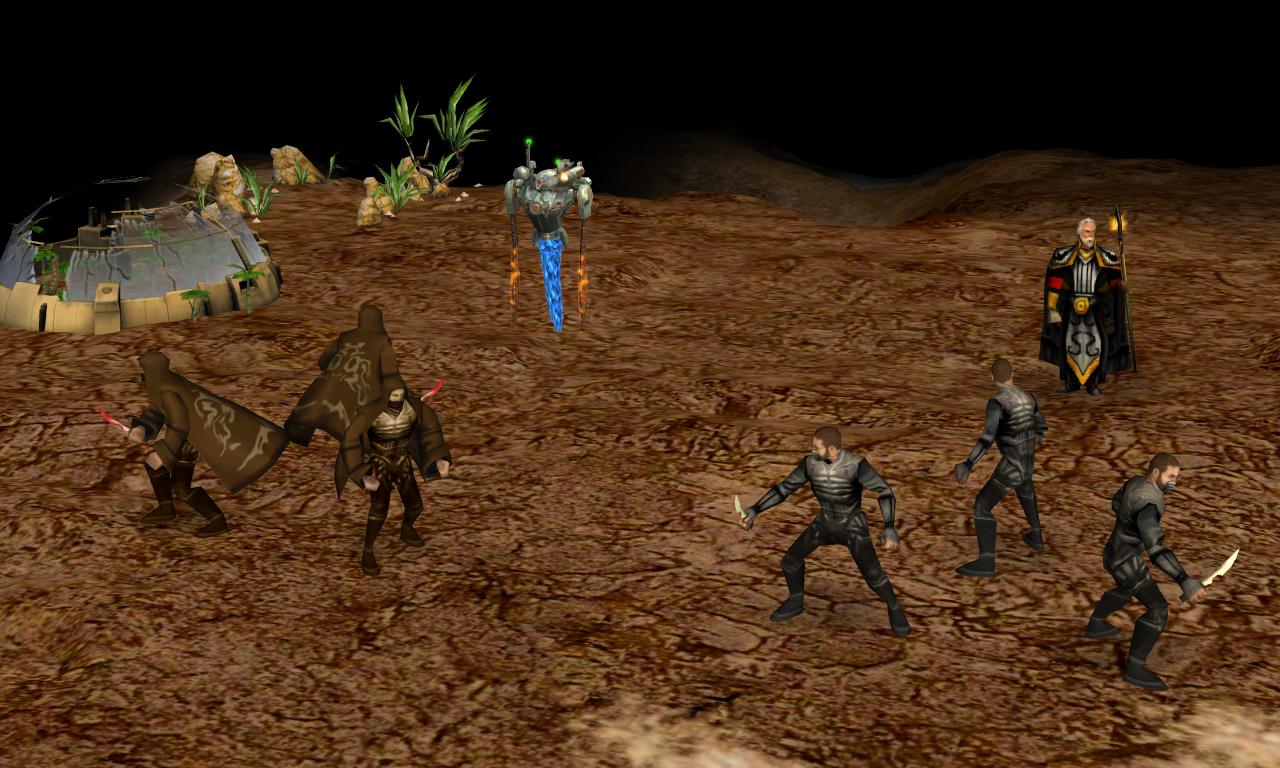 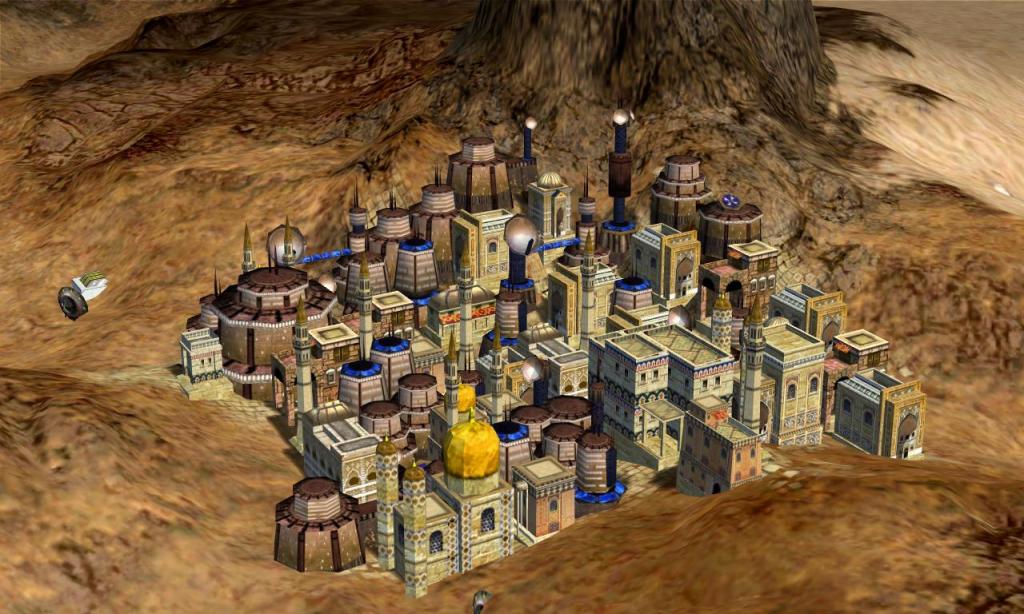 Goody Huts have been replaced with Botanical Testing Stations

There are a variety of new effects including:
+ Hammers at your nearest city
+ Beakers towards your current research
+ Bonuses and Improvements such a Date Plantation appearing
+ Better free units such as Quads and Vulture Thopters (a Poorly Maintained -20% strength promo is applied to stop this from being too strong)
+ More and stronger barbarians, including a new Waterstealer unit that actually takes water from your cities

New Promotions
+ Zeal promotions - conquest oriented
+ Cave Fighter promotions - take tactical advantage of rocky terrain and new Cave features
+ More Siege Unit promotions+ Ducal Guard and Order of Agamemnon promos for the Atreides
+ Stillsuit promotion allows movement across the desert, but you must be friends with Fremen to get it

Other Headlines
+ Big AI improvements thanks to the merging of Better BTS AI 1.01. City site selection is also improved.
+ Unique faction resources and off-world goods tidied-up
+ Tleilaxu plague mechanic nerfed
+ Tech tree adjusted and layout re-organised.
+ Health completely overhauled
+ Slavery Civic is now Harkonnen only
+ Extensive Unit Re-Balancing
+ Defensive Withdrawal implemented - defenders may withdraw to an adjacent tile
+ Mapscript Fixes and Improvements
+ Wildfire spread mechanic for the Mahdi and Technocracy religions. Cities will adopt with a certain probability on discovery of the religion. With the free missionaries given at Qizarate this means that you can see all 7 religions present in the late game.
+ Mahdi Shrine now gives +7 Military Production per global city with the religion.
+ Civilization Animosities implemented - Harkonnen dislike Atreides, etc
+ Inquisitor mechanic re-implemented
+ The Fremen now get a free Shai Hulud Sayyadina at Fanaticism
+ Cultural borders now extend freely across the desert
+ More of the Dune Encyclopedia filled out
+ French Translation by calvitix


More information on development between Dune Wars 1.8 and 1.9 can be found here.

The Spice Must flow.