We had a really busy month! Or two. Three? Wait, what? How long is it past the last update? WhAt YeAr Is It?!

Anyway. We’re here to talk a little bit more about our progress. How much we did, how much we didn’t and how much is left, and… gifs! Everyone likes gifs, so we have a couple of “new” ones for you. Okay, not really new, but they’re still funny!

We played through the game a few times, and were surprised how well it worked. There were no bugs, all was slick and smooth, and everything was superb… Until the friend nation attacked! We asked a couple of fellas to test our game, and they did. They suuuure did… and immediately added 150+ fixes to our development queue. Thanks, friends! Good job! APPRECIATE IT!

As you know (or do not know) there’s more than one person working on the game – we’re a proud team of two! So to keep track of all the stuff we do, we use a version control system. Today we did a little dance around it and got ourselves a pretty little graph. Wanna see? Sure you do! Here it is: 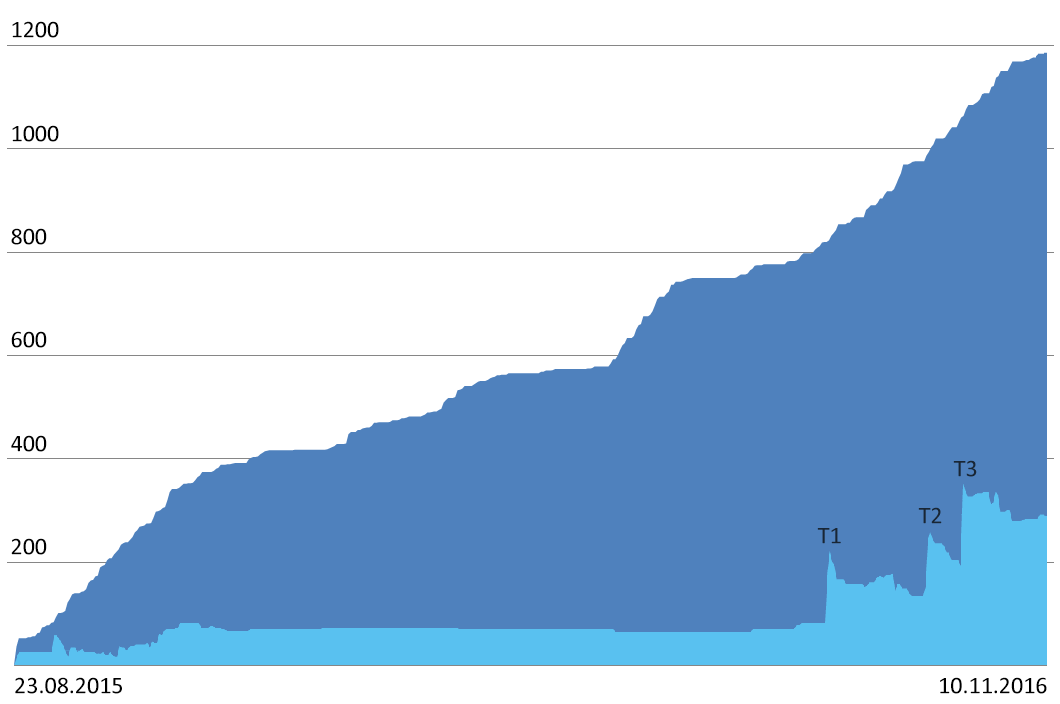 Dark blue is total number of changes we made in the game.

Light blue is open tickets/fixes/bug reports that we still have to fix. As you can see, we haven’t really used this tool until late August, when we added it directly into the game (you can read more about it in the last dev-blog). And those three spikes (T1-T3) are playtests.

Last couple of weeks were filled with despair and a feeling of being completely lost. That’s right – instead of making video games, we were talking to bookkeepers and lawyers, and crawling the internet in search of other people’s experience regarding that matter. That stuff is so COMPLICATED, ugh. Luckily, we found competent people that explained it for us and the fog of war has slightly lifted. Now it’s A LITTLE BIT LESS COMPLICATED, for all we have to do is… fill the papers, sign a few contracts, come up with a name for our company and –poof! – we’re done! Magical.

Music. Voice. Testing. All the things we had previously. Yeah, I know you’ll say that we always tell you that, but you gotta believe us – we really do progress. Testing is a non-stop process, and music/voice can’t be implemented without a signed contract and we are working on it right now. But the game is completely playable! Which is nice…