Another faction preview from Ad Mari a Mare mod, the Duchy of Lithuania! 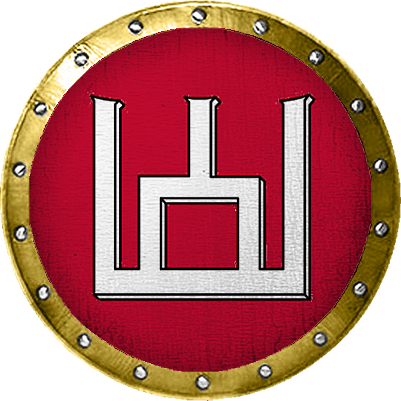 The first Lithuanians came from Jutland and from Poland, at the beginning of the Neolithic, in about 10,000 BC. Before agriculture, the Lithuanians were hunter-gatherers, and due to the harsh climate, agriculture would only emerge 7,000 years after the settling of the region, and, slowly, the hunter gatherers were replaced with farmers.
By the 3rd millennium BC, the northwestern Indo-Europeans mass migrated into the region called the Corded Ware; the Corded Ware originated in the Volga River and went towards the Rhine; it comprised areas of modern day France, Germany, Sweden, Denmark and even Finland.
These Indo-Europeans mixed with the local population of settlers from modern-day Jutland and Poland areas to form the culture and language of the Lithuanians, and to prove so, the languages of Sanskrit and Lithuanian have some similarities.

The Lithuanians were one of the Baltic peoples, together with the Prussians, who were comprised of the Pomesanians, Pogesanians, Sambians and etc., the Latvians, composed of Semigallians, Latgallians and Curonians. Much like these folks, the Lithuanians weren’t very united, with territories known as duchies, like Deltuva, Samogitia and Aukštaitija. The Lithuanians and Sambians of Prussia both had some form of contact with the Romans due to the amber trade.
Their territory was divided, and their way to unite was to conduct raids. They did so before the arrival of Albert, later, Bishop of Riga. They raided the lands of the Rus’, Poland and, later, Livonia, now in control of a crusading order, the Livonian Brothers of the Sword. Another foreign factor that would help them unite was the the Teutonic expansion in Prussia.

By the 1230s, the Livonian Brothers of the Sword were well established in Riga and many castles were built in Livonia, and the Teutonic Order ceased Culmerland (Chelmno) and built hill forts, and the Order of Dobrzyń sits still, its power being crippled. With the arrival of the Teutonic Order, however, they gained bigger chances ofsurvival.
The Prussians were south of the Lithuanians, who share an open border with the Teutonic Order and the Order of Dobrzyń, as well as Masovia. Meanwhile, further north, Lithuania is still divided and confronting the powerful Livonian Order. Samogitia and Aukstaitija (current Lithuania) are at peace and in alliance, but if Mindaugas, one of the elder dukes, is to make Lithuania able to confront these enemies, the Duke of Samogitia must be subdued.
Novgorod has troubles at home, with a prince, Yaroslav, who still needs to consolidate power. It would not take long to do so, since the major insurgence is from the city of Pskov. Should Novgorod succeed in conquering Pskov, their ambitions would not end there; the Golden Horde, in the southeast is soon to bring fire and death to Russia, and the Baltic’s several ongoing conflicts may lure Yaroslav and his vassal principalities to the land, which seems ripe for conquest.
Mindaugas’ first goals would seem to be to unite his own country, and launch raids and attack the lands of the Livonian Brothers of the Sword before they expand further, and at the same time, if possible, support the Prussians in their war with 2 factions at the same time. Christianized or destroyed, to most Lithuanians, both fates can and must be avoided. 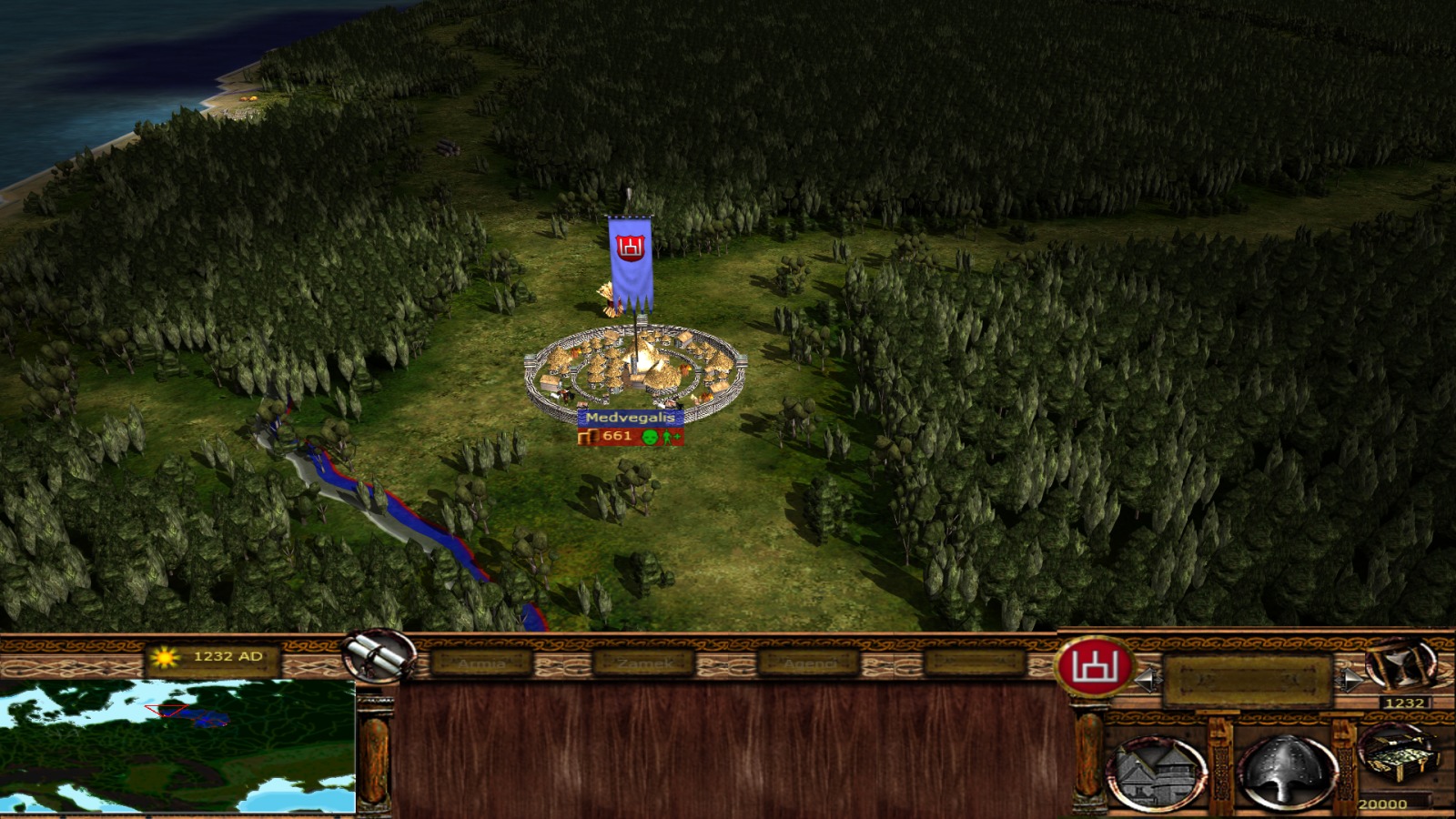 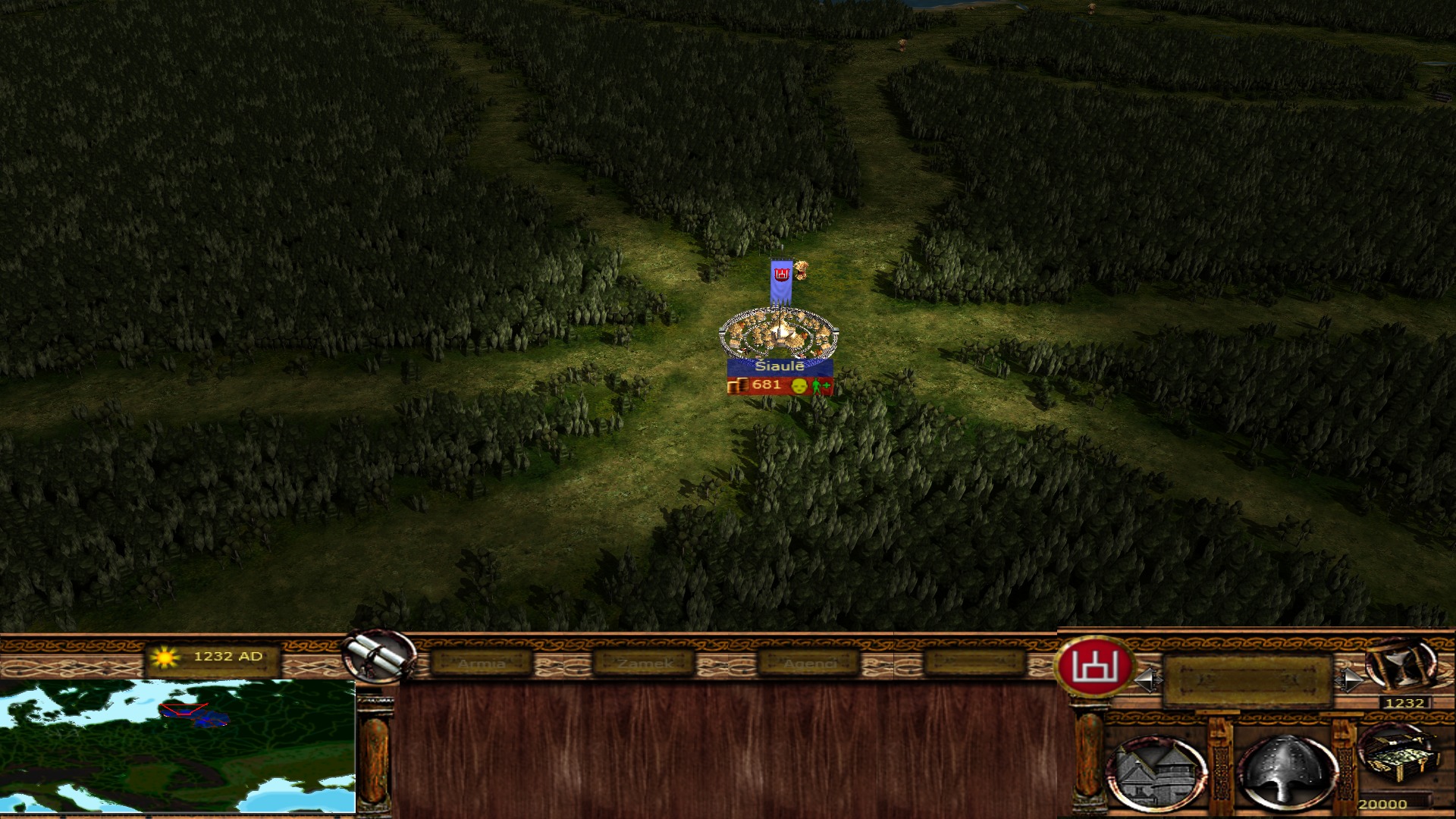 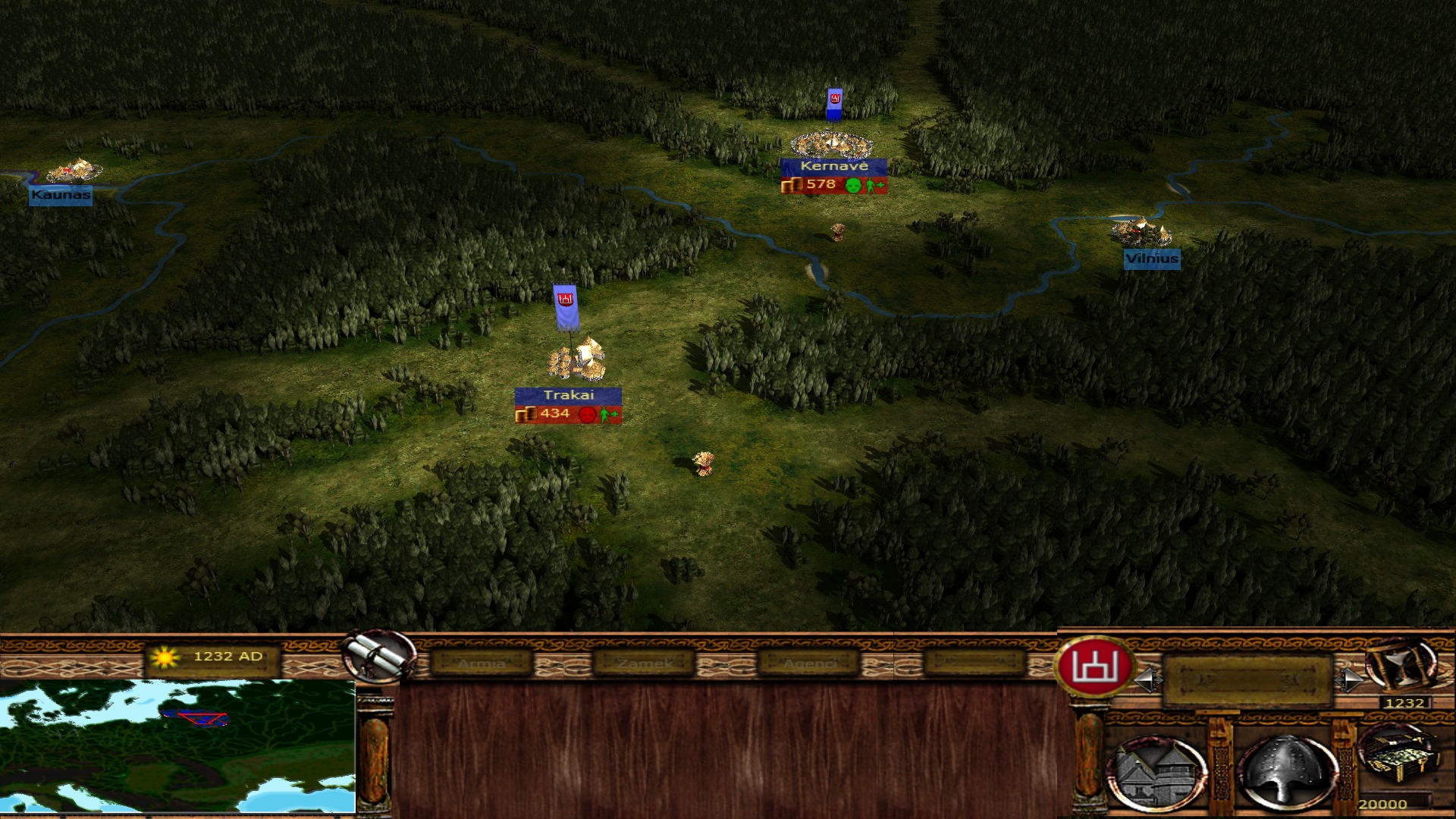 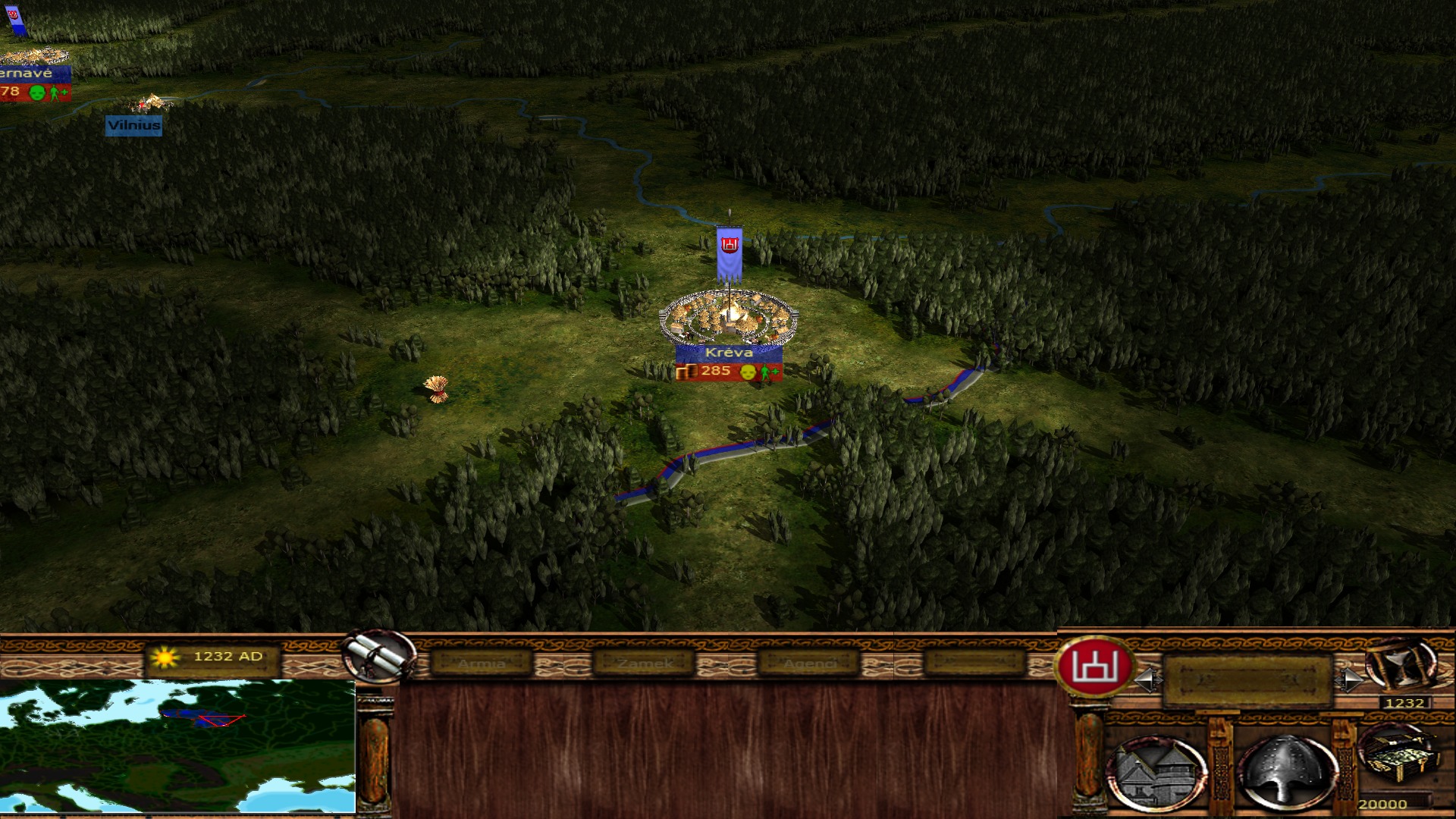 Lithuanian societies were distinct from the Christian ones, seeing that war was part of the life of every able-bodied peasant; this trait proved its use when confronting many threats, the Rus’, the monastic orders, and Poland.
Like Prussian societies, most of Lithuanian state was composed of free men, called laukininkai. Upon being captured in war, prisoners were made into slaves, called šeimyniškiai, who worked on the land of a lord, boyar or duke.
The territory’s (i.e. Deltuva, Aukštaitija) supreme leader was called duke.
The bajoras, a boyar, had mostly military duties, due to the growing instability of the region; the lands of a bajoras could be of the same size of a laukininkai. If a farmer was under the jurisdiction of a boyar, he was called kaimynas, a neighbor; Boyars granted tracts of lands to some kaimynas, and in exchange, they worked on it and served in his retinue.

The Lithuanian tribes maintained trade rights with the Roman Empire, and the main export was amber. Up until recent times, their resources weren’t very different than the Prussians. The forests provided timber, and the rivers and lakes’ fishes and the grain worked in fields were enough to maintain the common peasant fed.
Since the end of the Roman Empire, and the forming of the Eastern Christian kingdoms, Lithuania and Prussia did not have many choices of commerce in the west, and so they resorted to the east, the Rus’,
the Principalities of Novgorod and Polotsk. Having access to trade with them might become harder, though, with the Golden Horde ever nearer, and by then, Lithuania’s duchies should achieve some sort of unity and truce with the Western kingdoms, otherwise they might break.

Lithuanian religion was very similar to Latvian mythology and had some things in common with Prussian mythology. They had in common the fact that they were recorded by Christian writers, who could misunderstand some facts and fabricate some more. Oral tradition was the common way to spread the tales, and it is a preference for some scholars to reconstruct the mythology from the ground up, looking at the old writings and other data, such as folkloric songs and tales and other historical documents. Lithuanian mythology evolved as time passed, and so, a perfectly accurate reconstruction of it cannot be achieved.
The creator god and chief of both the Latvian and Lithuanian pantheon, is Dievas, the name likely coming from the Indo-European word, dyeu, meaning heaven; he probably came to be worshipped as a personification of the sky. He was represented as plants, animals, and more commonly, an old beggar or a sage.
Saulė, the goddess of light, life and fertility; she had a lover, Mėnuo, the god of the moon, but they separated due to his infidelity. He still wanted to see his daughter, the goddess of the Earth, Žemyna, and soon, they made a pact; that is why the Sun shines during the day, while the Moon visits at night.
Perkūnas, the thunder god, present in Latvian, Prussian and Lithuanian mythologies. In Christian records, Perkūnas is a demon and an evil spirit. He’s usually represented as a spirited middle aged man, carrying bow and axes and riding a chariot driven by goats, much like Thor.
The goddess of dawn is Aušrinė, akin to roman Aurora. She was based on the planet Venus, the dawn star, and paved the sky for Saulė to light the world, while the evening star, Vakarinė, prepared Saulė’s bed at night.
The 2 goddesses of fate were Dalia and Laima, the former associated with wealth and materials one would earn during a lifetime, and the latter with how the life of a person will take place, like the Greek Fates (Moirai).
Žemyna was the goddess of earth and she nourishes most forms of life, and, seeing that everything that is born on earth will return to earth, she is also related to death; Žemyna is one of the chief Lithuanian deities, along with Dievas and Saulė. Among the minor deities and spirits were:
· Ašvieniai, twins who pulled Saulė’s carriage through the sky, represented as horses;
· The Žvaigždės, stars who were the offspring of Saulė. Aušrinė and Vakarinė were the most noteworthy Ašvieniai, but there also was Indraja (Jupiter), Sėlija (Saturn), Žiezdrė (Mars), and Vaivora (Mercury);
· Ežerinis, god of lakes.
· Upinis, god of rivers.
· Auštaras, the god of the northeast winds.
· Bangpūtys, the god of storms and seas, father of the 4 winds. Šiaurys and Pietys, the northern and southern winds, and Rytys and Vakaris, the eastern and western winds;
· Javinė and Jievaras, spirits who protect grains.
· Kupolė, spirit of springtime vegetation and flowers, god who inspired the current day festival of Rasos, or the St. Jonas Festival.
· Laumė(singular Lauma), female fairy-like creatures who pitied and felt compassion for human suffering.
· Pinčiukas, one of the evil spirits. Like most pagan religions, the “evil” gods and beings were not purely malicious; they had qualities of their own, but in Pinčiukas’ case, he was a trickster, like Loki from the Norse Mythology.
· Giltinė, the goddess of death; in Lithuanian, Giltinė means reaper. She was said to be the sister of Laima, the goddess of fate and luck. When Laima predicted one’s death, Giltinė would come to take away this person’s life.

During wars, tribes would mobilize to form armies. Every able-bodied landholder was called to war. The leaders of each regional levy were chieftains, and since ca. 1200, this title was hereditary, and had different names and titles, rikis or kunigas, both meant king, from Latin rex, and from gothic, kuningas.
If a freeman was rich enough, he would be a bajoras, the lesser nobility. The means to become rich were either well managing one’s farm, or taking loot from wars or raids. Much like the Prussians, the Lithuanian fortifications were made of earth and timber, located on high terrain. With news of invasion, a freeman was to provide his own equipment and defend the fortress, now full of women, children and livestock.
Unlike the Prussians however, the Lithuanians used siege weaponry, a stone thrower; with so many castles being built in Prussian territories, they came to be of use. The common soldier in Lithuanian armies was a light horseman, armed with bows and javelins for ranged attacks, and axes, swords and spears for close combat, as well as shields. They acted like tatar troops, raiding, feigned retreats and ambushes; Infantry was less numerous and useful, being little more than support for the cavalry. Russian levies also were part of Lithuanian armies, either from Polotsk, a subjugated city, or from allied princes.
Mobile like the Mongols, but not as numerous, in their own lands, the Lithuanians could count on terrain to protect them, and their own mobility and agility would protect them on foreign lands. 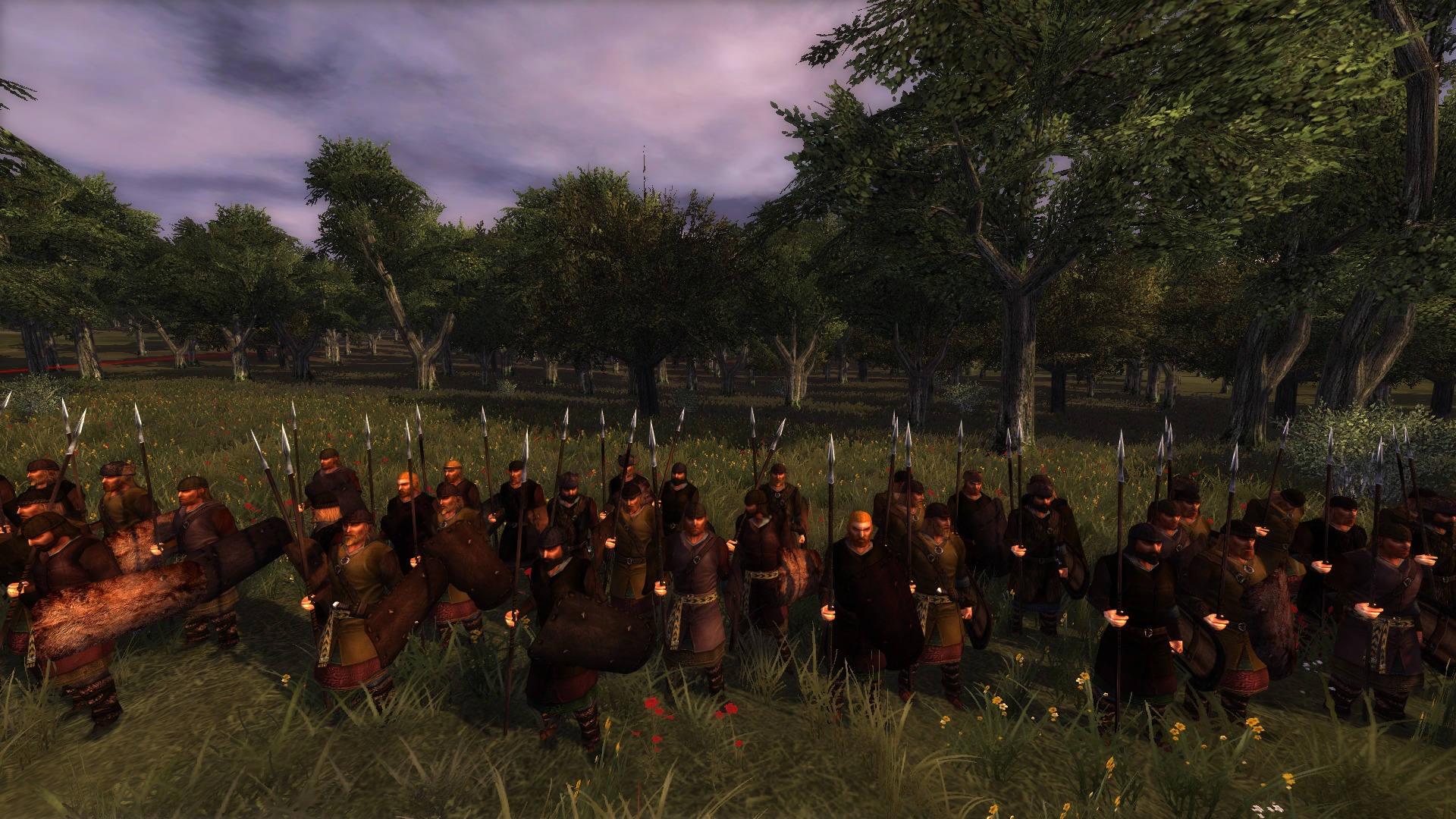 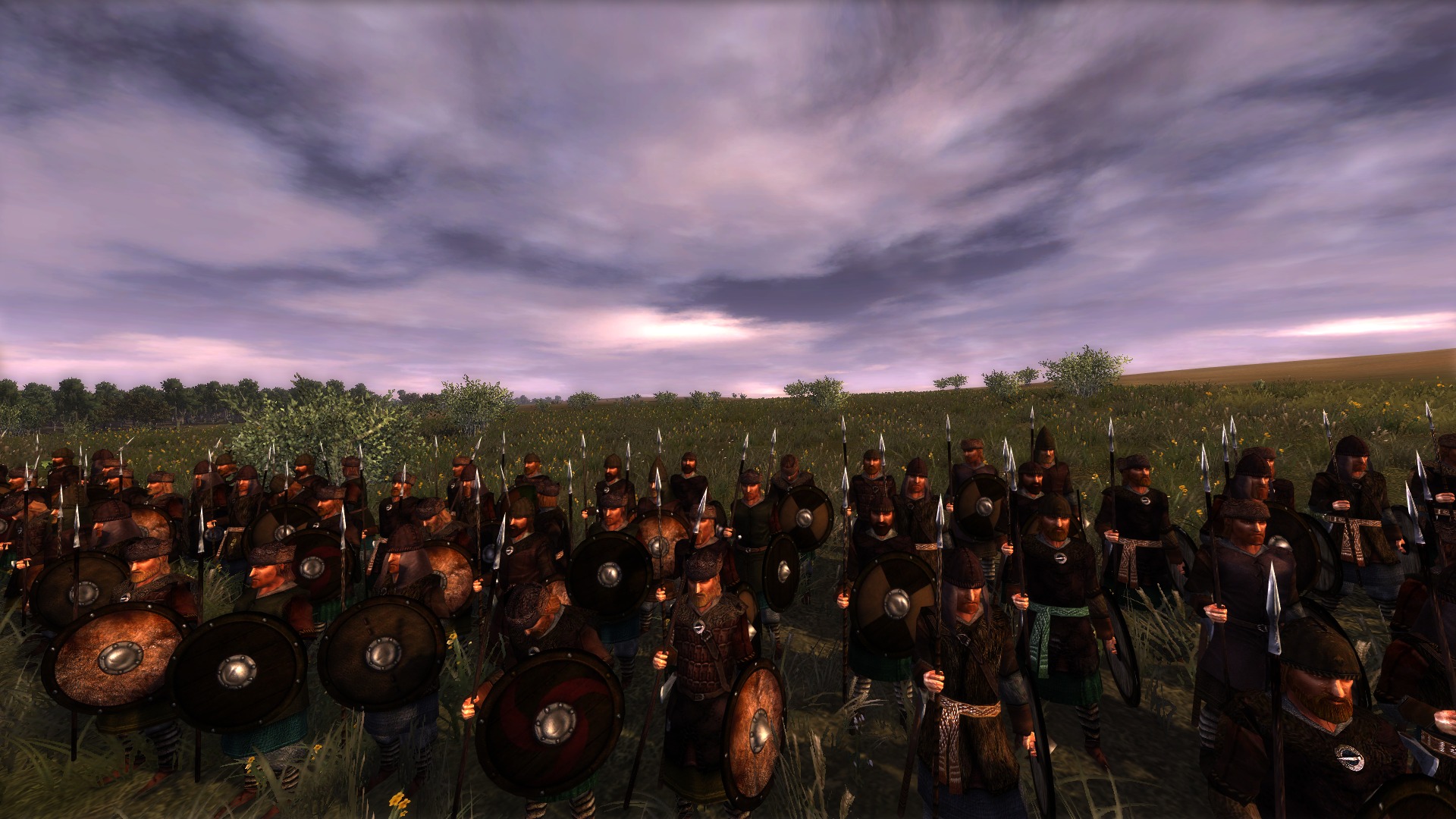 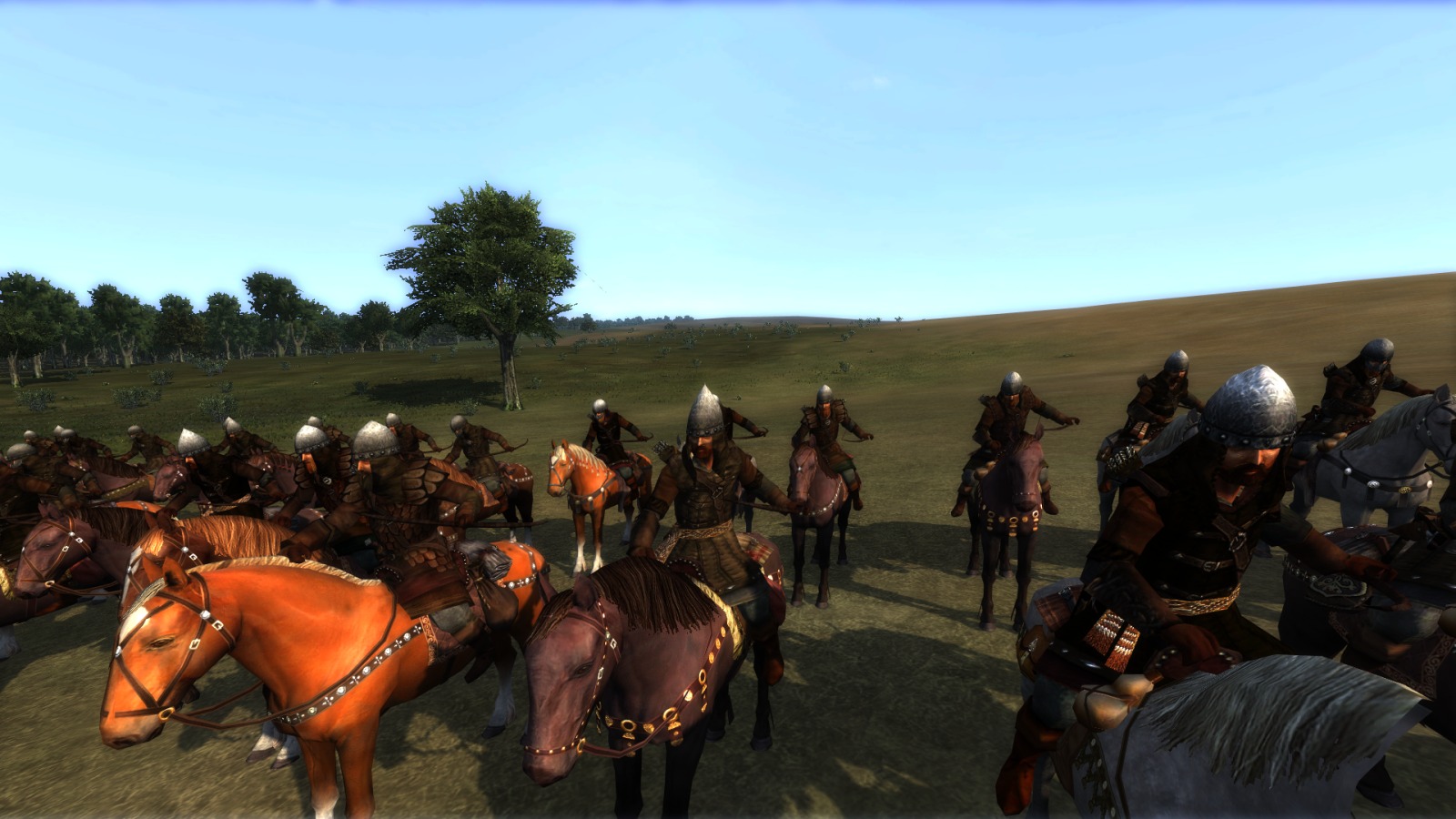 Balic: Total War
Wrath of the Norsemen: The Baltic Release

Hi,
Incredible work!
I have an issue though with wording of "local population of Jutlandic and Polish settlers". As there were no distinct Polish (or Lithuanian for that matter) cultures back then, so it should say something like "settlers from modern-day Jutland and Poland areas" or something similar.

Looking forward to the mod!

Thanks a lot for feedback, I will correct these names and info in origins section :) Glad you like my mod ;)

Yeah, names should be changed up a bit.