Some new features of the new version of Doom 3d. Happy Halloween!

I have been PRETTY busy lately, but I did not forget to work on Doom3D Version 4.0. I've added a lot of new stuff you guys should enjoy.

Here is some of it. 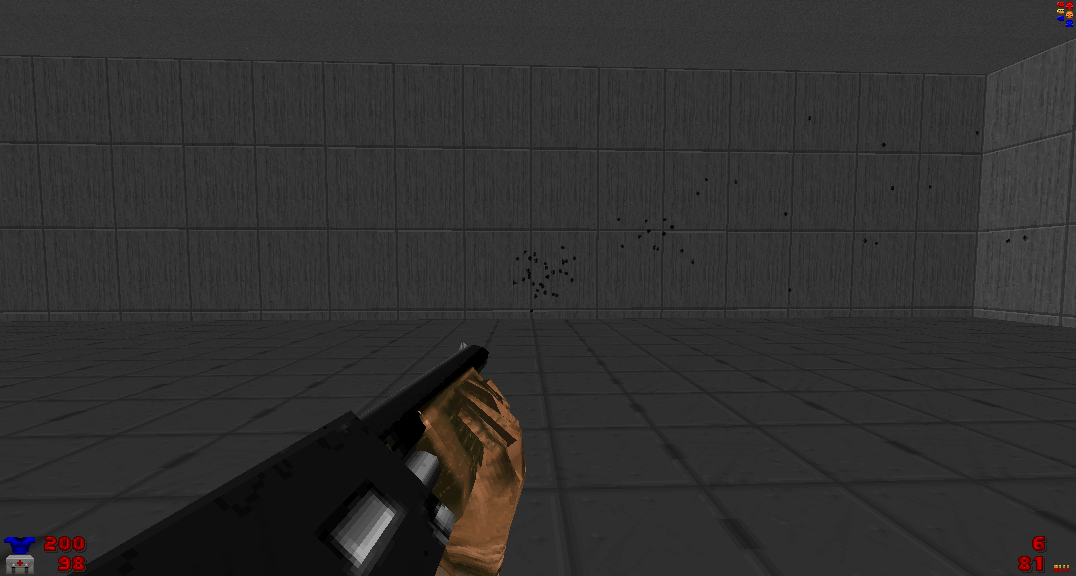 All weapons where reloading makes sense have to be reloaded 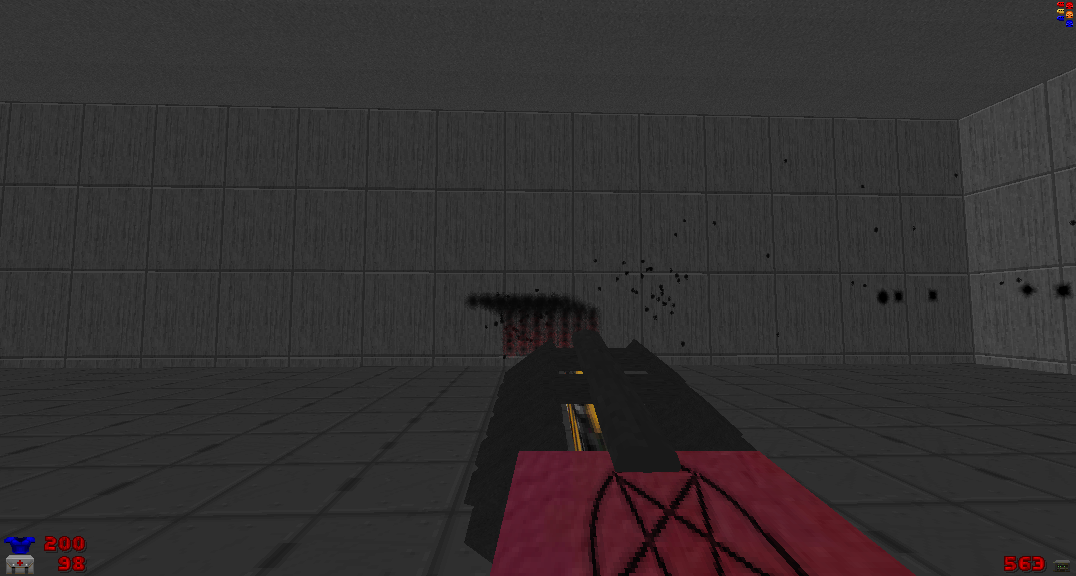 I've added the Unmaykr. It doesn't spawn on itself yet you have to type "Give Unmaykr" or "Give All" into the console to get it. Very shoddy model at the moment. 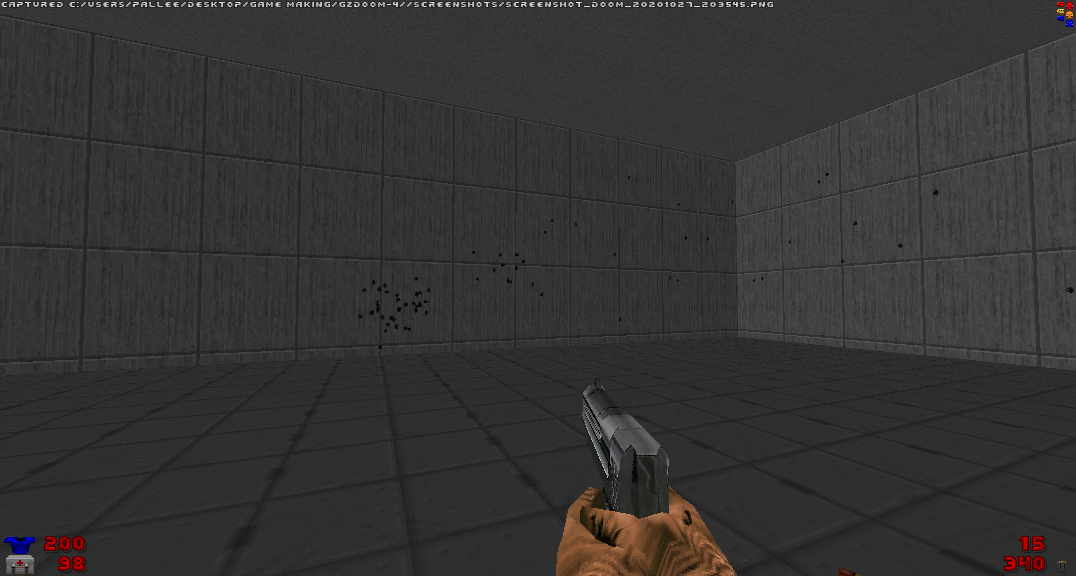 Redid the pistol. I took the pistol from Sitters Electronics. Their zombie man holds it, but I used the model for my view model. 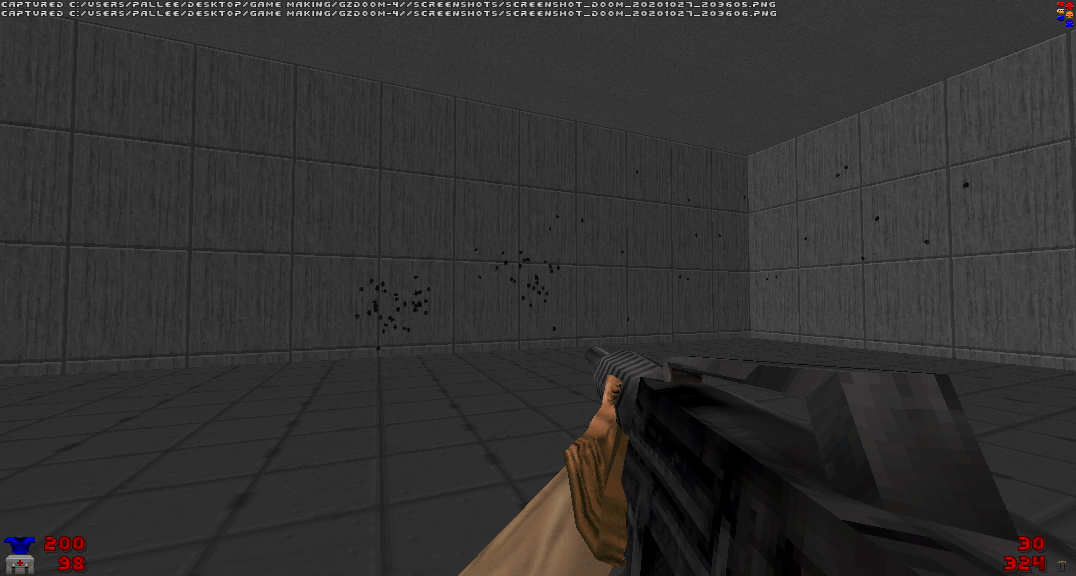 I brought back the old sub-machine gun model since so many people wanted it back. I also took this from Sitters Electronics. 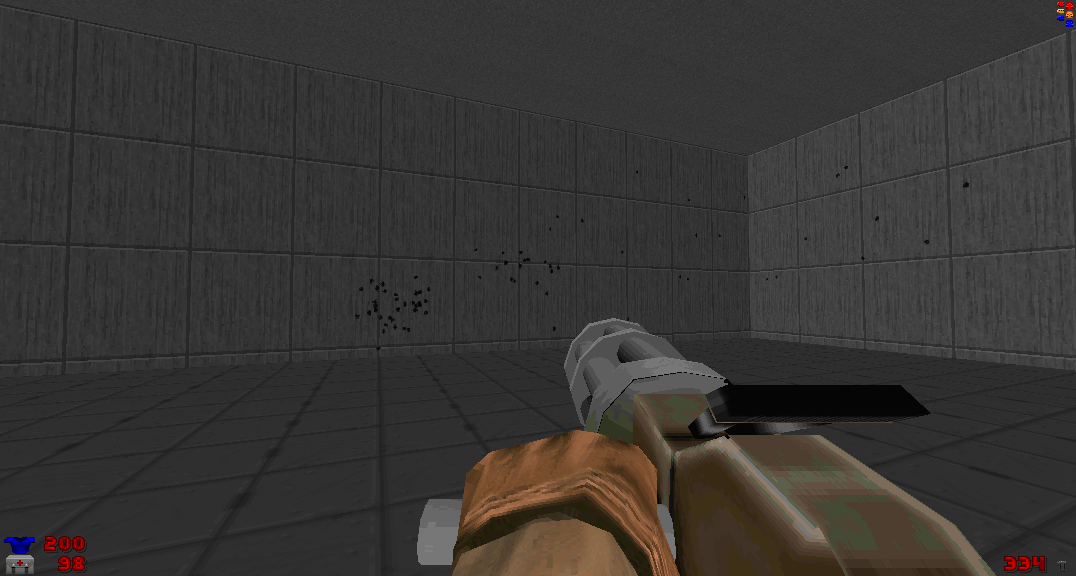 I also redid the Chain-Gun! It has spin up time, but if you press the alt-fire button, you can keep it spun up, allowing you an instant hail of bullets. Beware though, it is loud and brings attention to Doomguy. 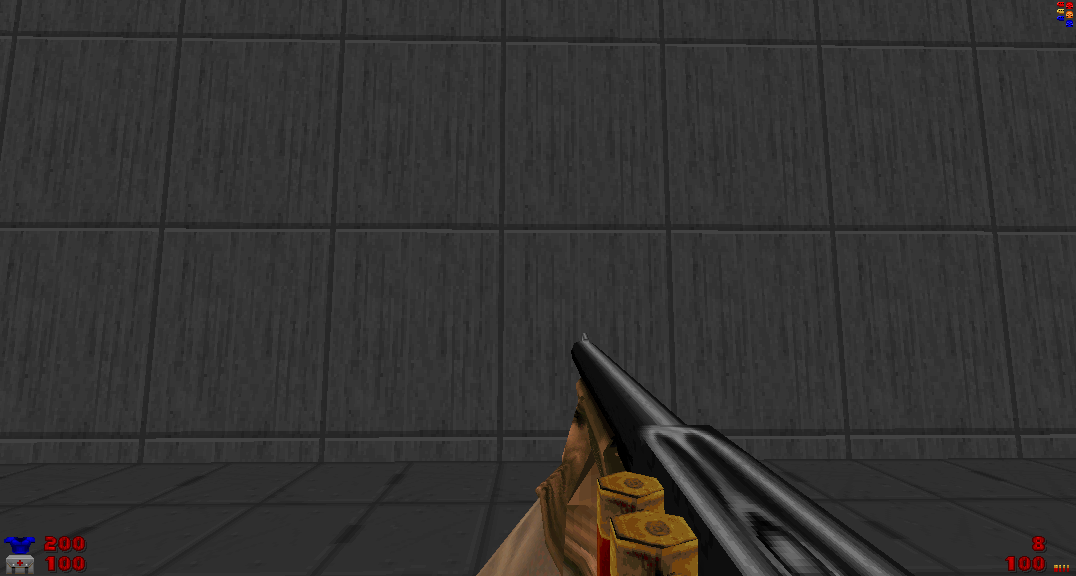 I also redid the shotgun again. The super shotgun can now shoot one barrel at a time with the alt-fire.

I also added the ability to throw grenades. The default bind is G. 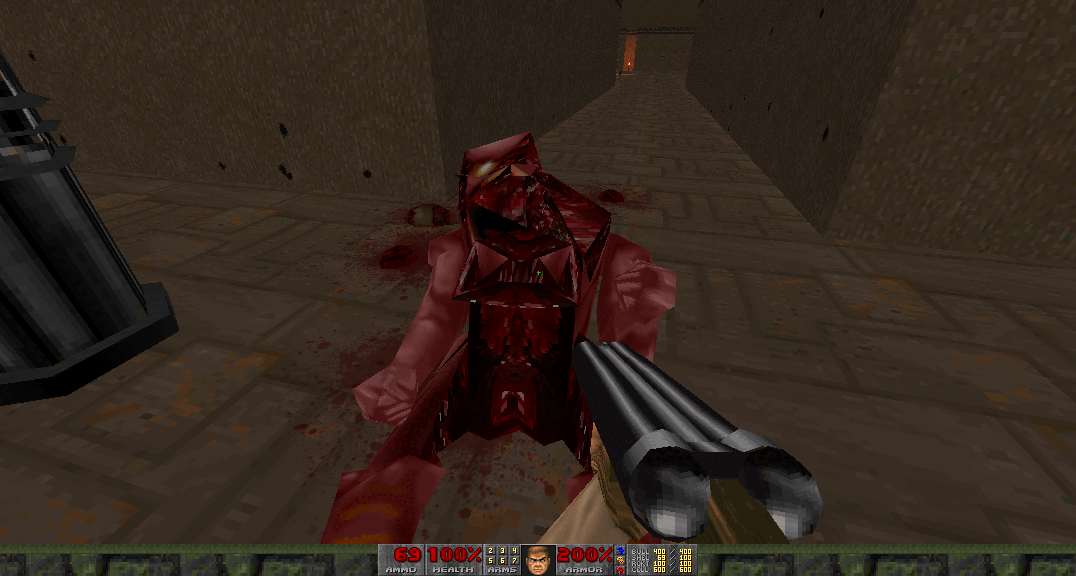 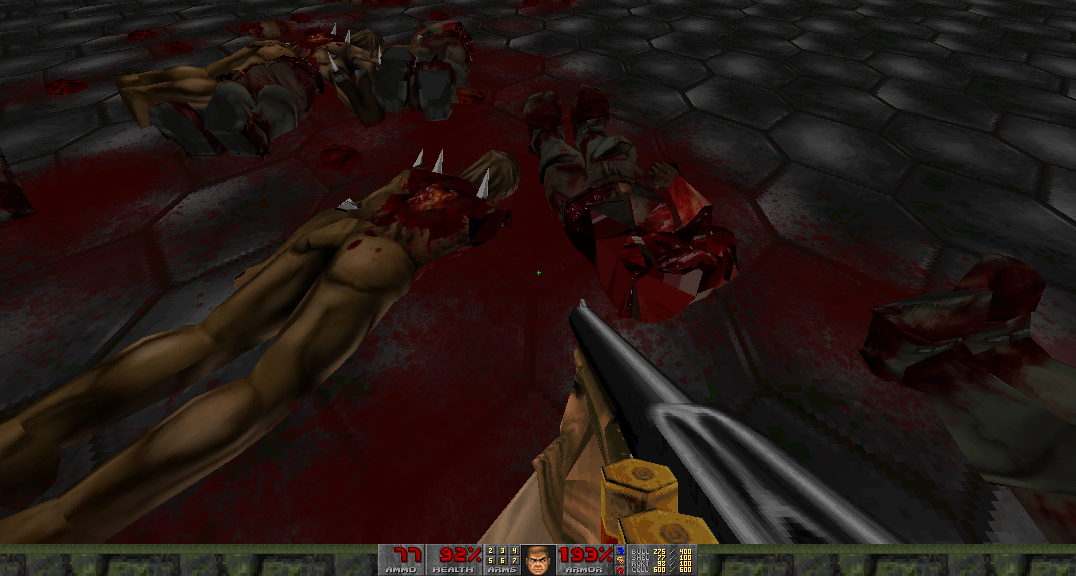 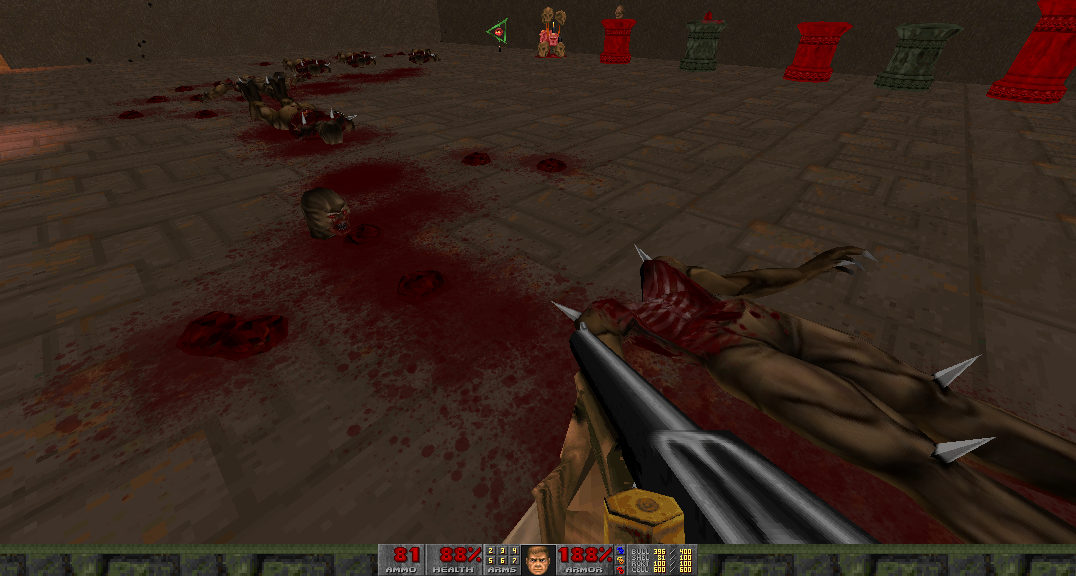 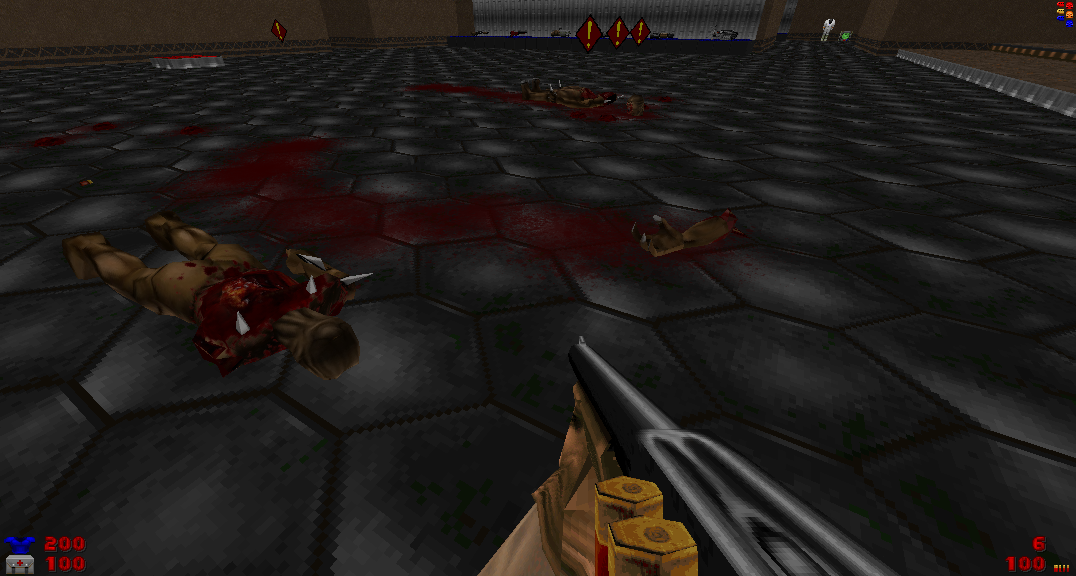 Some PRIMITIVE gore has been added. More to come of course.

And there you have it, some the things I added. Hope you Enjoy!

The variety is getting good now. However WHAT THE EFFING JESUS IS THAT MINIGUN MODEL? The submachine gun looks like it got stepped on by a big daddy. The super shotgun's end, the one that faces the player, looks like it bends inwards, not outwards. Also, the Unmaykr... i get it, you are not a modeller, so i'm not gonna say anythin'.

Okay, i may say some of the models look shoddy, but the normal shotgun and the pistol model looks pretty good. I also like the "little" gore system you added. Although that pinky demon's textures looks pretty messed up. I even spent some minutes trying to figure out what that was before it got that way.

This mod has potential, and i like to see what the future brings to this mod. Keep up the good work, man, don't steal any assets, greetings from hungary, adieu.

Jesus Christ, that hurt. Criticism noted. And greetings from America!

Looking a lot better all around, love it! The new models and gore are great!

all of this looks super sick, keep it up with the work!

hmm... nice but does this have RTX On?

Ay man I like the quake aesthetic but somethings missing from all the demons which is the Spectre, but all-in-all love this mod, KEEP IT UP!!!

hey how do you play this? it wont run on gzdoom

Well at least for me, this mod is 10/11. I don´t mind about models and things like that, but I want to share some things with you, so you can improve it.

It would be great if we can see how many grenades we have, at any moment, not only when we are launching them, because I can´t see the number because it shows and hides very fast.

I´m playing it on a laptop with 110 fov and the plasma gun cuts. If you want to make it longer, would be great if not well it is not very important. Thank you for making this and for sharing it!!!!!!!!!!!!!

EDIT: BIG BUG: If you finish the level, doing a punch, when you enter the new level you have not any weapons. It happened twice to me by accident.

Love your DOOM3D mod!!! Please read what I write about seeing how many grenades you have at any time. The mod has a loooooooooooot of potential! Thank you for sharing!!!

I´m playing it at 110 fov in a laptop, the plasmagun cuts, if you wanna make it longer it would be great, but if you don´t want I don´t mind a lot. Again, thank you for making this and for sharing it !!!!

EDIT: BIG BUG: If you finish the level, doing a punch, when you enter the new level you have not any weapons. It happened twice to me by accident.

EDIT2: I´t would be nice to have a button to quit all the dead bodys from the ground, to improve performance. Because in maps with a lot of corpses the game could lag a bit.

doom but its quake