The development of Discovery 4.85 has taken 1,5 years to complete. Now we, the newly formed Discovery Development Team, present to you the result of our work. The wait is over. After months of online beta testing, Discovery Freelancer 4.85: Reunion is released and available for download.

Year is 817 After Settlement (A.S.), 16 years after the single-player campaign of Freelancer, and one year after Discovery 4.84 took place. A Sirius-wide war is on the brink of engulfing the sector. While Kusari pushes its onslaught against Bretonia deep into the Leeds system, Bretonia attempts to surround Kusari forces in Tau-31. Liberty attacks Rheinland in Bremen and Hudson, and Rheinland has to pull back to defend its own borders. As if this was not enough, in late 817 the Independent Miners Guild encountered a large number unknown ships in the Orkney system. The ships belonged to a rebel group formed within the long-lost House of Gallia, the existence of which remained unknown for centuries.

The storyline is just a portion of the progress taking place in the new Discovery version. Increased development time and an increased number of developers allowed us to finalise all the features we were planning to implement, and make 4.85 the largest ever update for Discovery mod. We introduced 110 new ship models, with most new ships receiving custom hit boxes. More than a hundred new weapon and equipment types have been added, many with custom weapon projectile and hit effects. 11 new systems were included, and about 30 previously available systems were updated, all of them following much higher quality standards than in previous versions. 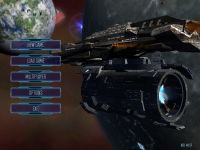 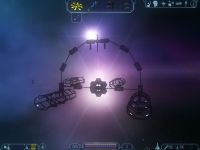 The mod now has a renewed balance system for weapons, equipment and ships, plus a fully revamped economy system that provides profitable routes for all locations and factions. To add depth to the new economy, 46 new commodity types were introduced. The role-playing ID system (used on the official server and most other servers running our mod) has received 53 new IDs. The new version also contains about 7000 new and rewritten info card texts for various new and old ships, items, and places.

The integrated Discovery automatic updater allows players to download and apply new updates easily without having to re-download and re-install the whole package. The updater does not restrict off-line play, and you will still be able to play single-player without an internet connection. 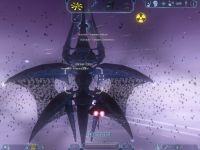 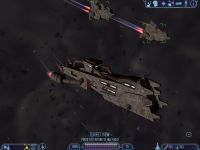 If you prefer online play, you are welcome to join the official Discovery Freelancer RP 24/7 server and a number of other servers running our mod. All servers that have Discovery installed are listed in dsupdate.cfg file located in Freelancer\EXE folder to allow quick connect to all of them without any complications. To add another server, simply add its address to dsupdate.cfg.

hm... I always had issues when I first tried Freelancer mods to access the newer stuff. Especially when they added new storyline and crazy secret ways to access the shiny newer systems. Not to mention the AI would be.... interesting. I guess I should try this out since it's been doing so well.

Some ways are secret. But in 95% cases they are not.

how do i install it?

Sweet, downloading now. Been a while since I played the previous version of Discovery, maybe around September of 2008.

I used to play this game with friends, until one of them discovered that changing damage and speed rates on his pc, effected his online ability as well.

Is this still how it is? Or have there been patches? Talking about freelancer itself, don't know about this mod.

Changing damage and speed rates on own PC, and attempts to play online, will result in ban for cheating, that's it.

And yes, that's how Freelancer works. Digital Anvil didn't have time to patch the game beyond version 1.1, which fixed only the most major issues.

Oh wow. Freelancer was one of my favorite games. I hope I can still find the installation CD.

Can you play the single-player campaign with this mod? Haven't played the good 'ol single-player through in ages, hoping to test this, looks wonderful :-)

No, you can't play the single player campaign of Freelancer with this mod. You can play in SP, but with no real story. This mod is more for MP, imo.
But it's a fantactic mod. The only thing I dislike are the NPCs which are using Nanobots and Shield Batteries during a fight - can be annoying with harder enemies. :)

I see there is a password for the server now. Is it in the readme file?