Post news RSS Disciples of the Storm: In the footsteps of golems

Posted by Servo-StormIslePro on Jul 2nd, 2015

In doing the design on the Rain Faction's Ice Golem we wanted to create a unit that would not only be easy to spot, both in the world but also in its design and a look that could become iconic 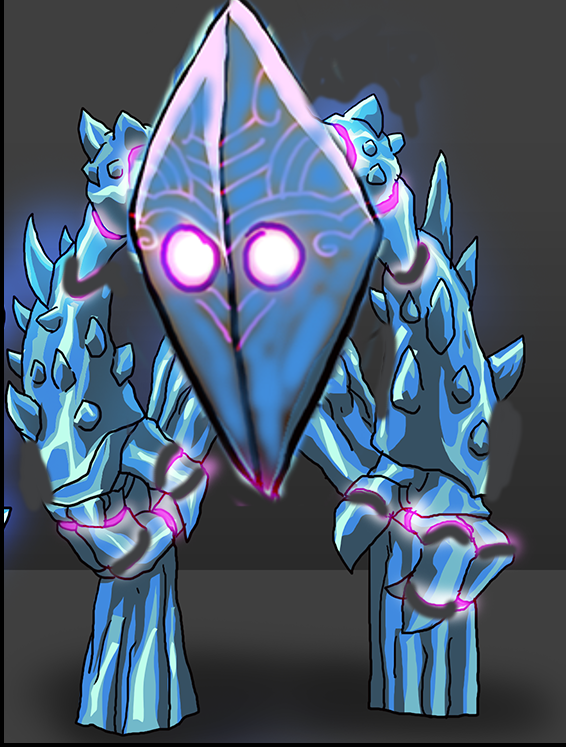 In Disciples of the Storm, each faction has basic golems that can be constructed as initial resource collectors. We are aiming to give each of the four faction's golem their own unique look to be connected to that faction.

In ancient times it was believed that golems were vessels created from clay and brought to life by scrolls placed inside them. We wanted to carry over this element but with a slight change, instead of scrolls it will be the spirits of priests that have been captured and offered up to the Tempest as a sacrifice; having been returned by the Deities to serve as untiring servants to their temples for a time before being reincarnated, completing a cycle. 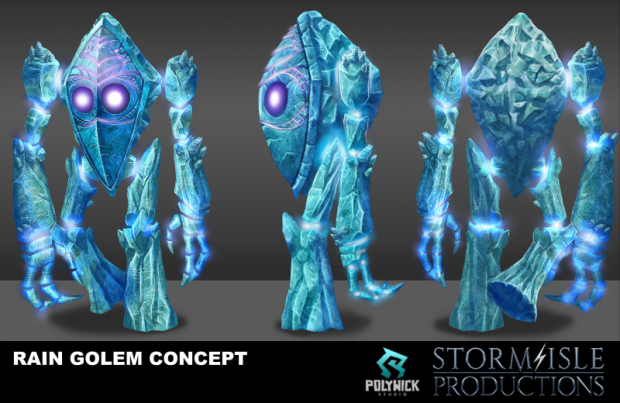 For the Rain Faction we wanted to create a unit that was imposing and embodied the element of water. We also wanted to carry over the priest's headdress and mask theme, having tribalistic look for the main body.

Since golems are able to pick up and collect an immobilized enemy priest we needed a unit that look strong, able to restrain, with massive hands gripping the enemy as it transports the priest.