Underside is a rogue-lite hack & slash with a 4-players co-op, where you build your own dungeon and change the outcome of each playthrough in this imaginative game based on children's monsters that live under their beds.

Welcome, everyone to our first devlog about our current project that is in development, The Underside.

So, what is the game about?

The Underside is a 3D top-down, rogue-lite hack & slash game with 4-player local co-op support, where you take the role of the last in line, bed monster-hunting family business. Hired by kids to eradicate the monsters living under their beds, venture to an imaginary plane where the monsters live, creating your path with the contracts you selected before venturing in. Will you fight for a good night’s sleep?

Currently, we are in early-production with the core gameplay loop implemented but still missing some rogue-lite elements and most of the art. We are aiming to have the full game framework and the main assets ready around July.

Just a heads-up, this devlog will be longer than it should as we are introducing the current state of the game. Hope you enjoy the read!

Our game is a 3D top-down rogue-lite that focuses on a moment to moment combat in rooms, each room has a specific encounter that rewards the player in some way, these rewards are often permanent currency (stays in between dungeon playthroughs) that is used for our progression system. 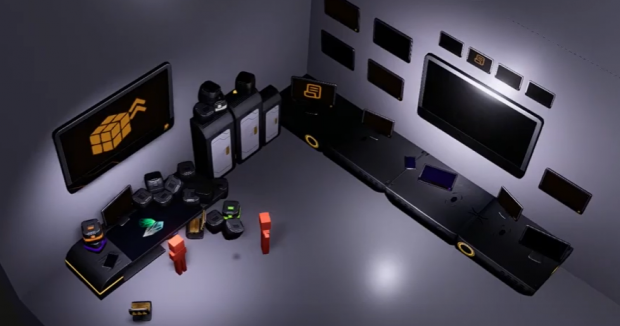 The core of our gameplay is the dynamic combat that is available to the player, once he/she is playing through one of our dungeons. The combat is based on 2 weapons and actions: a melee attack and a long-ranged weapon. These 2 actions have a circular dependency that helps create different situations and feed the enemy design: 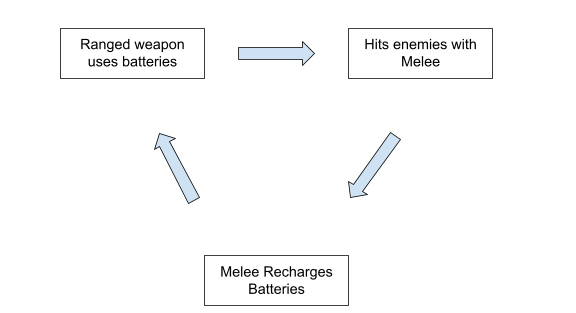 This is a simple dependency that generates design opportunities and gives the player some hierarchy of action importance. Imagine for example that we have an enemy that creates the following rule “My protection can only be damaged by ranged attacks” this simple rule makes the player decide whether to keep that bothersome enemy alive until he clears the rest or to deal with it first wasting his ranged attack in the first moments of combat.

We follow the story of Lucy, a teenager with a peculiar life, as she travels to another plane where the monsters that exist under the children’s bed live, being the last in-line of a monster-hunting family. She undertakes the mission of stopping the monsters from escaping their realm and saving kids from their torment. As the story progresses, Lucy will discover how and why this is happening, with some unexpected help.

One of the game’s defining elements and unique selling point is the contract system that wraps around the dungeons. Narratively speaking, contracts are the game’s equivalent of a mission board, much like The Witcher village’s job posting board, or Stardew Valley’s NPCs missions. A child that is asking for Lucy’s help in dealing with their monster posts a contract, you will deal with it.

Gameplay-wise this system expands the usual choice a player has in each run in a rogue-lite (more often than not is none), giving the possibility of defining several rules for this generation to act, either by changing the enemies you encounter, amount of rooms, the bosses you fight and more importantly the type of loot. These contracts are also gathered in-game via itemized loot or given to the player for a default choice of easier contracts.

Some basic examples of these contracts are: 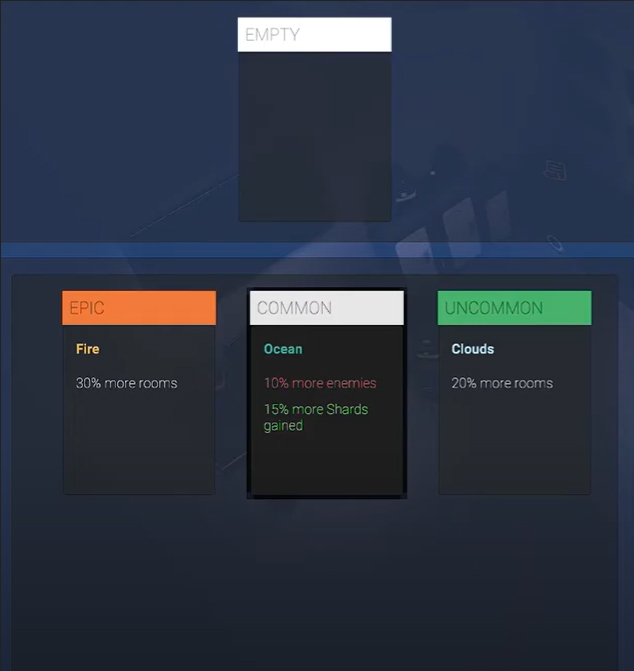 Each contract, when selected, then corresponds to a level or dungeon inside a Run/Playthrough. A Run is composed of 3 contracts, this means 3 bosses (1 per contract) plus the final boss of the game. The selection menu looks like this: 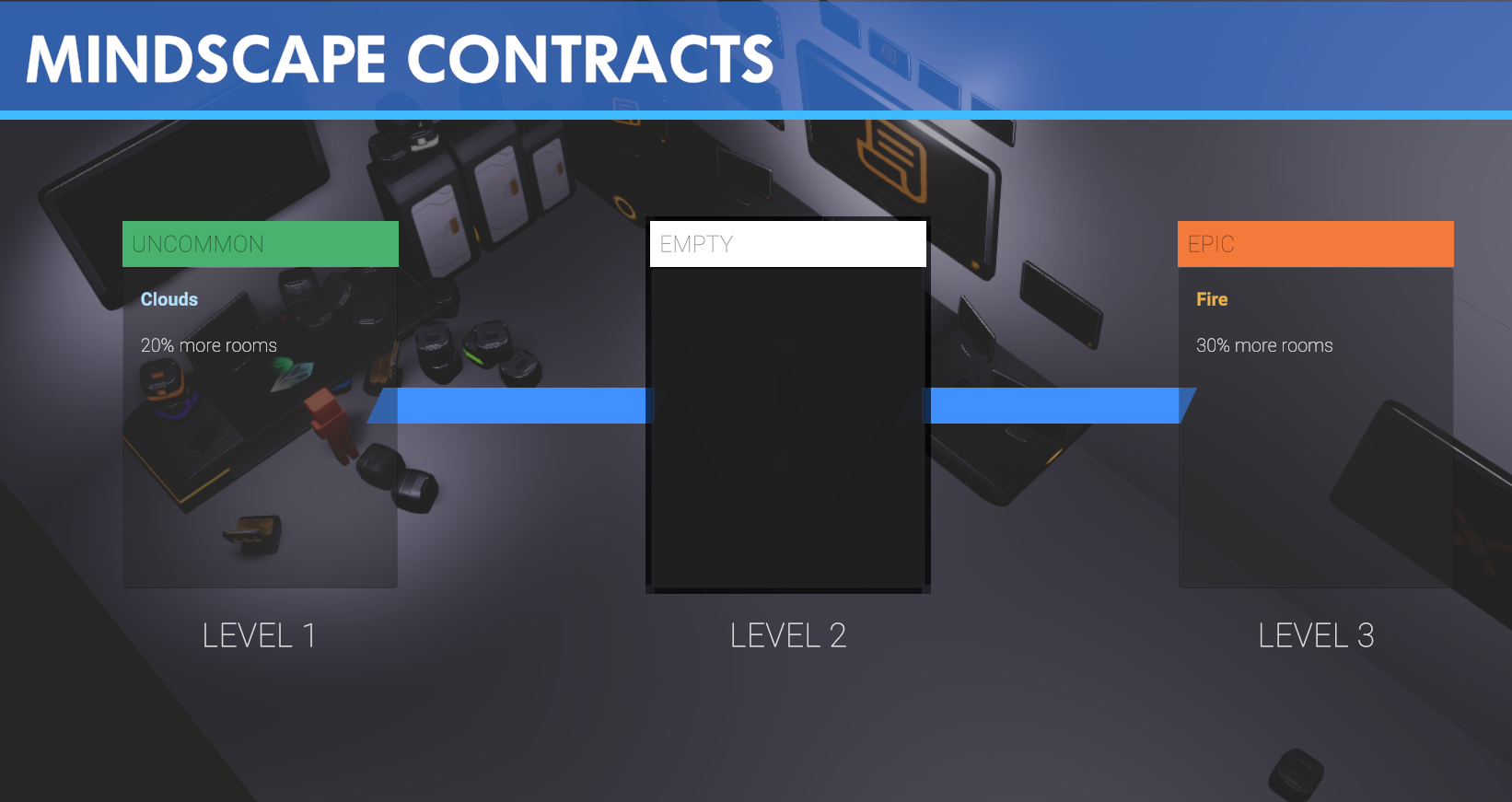 As you can see, the selection has the flow of the run visualized and the player can pick any combination of contracts, or even go for a run without any contract selected.

Game progression in a rogue-lite game is a complex and large topic that later on deserves its devlog, but for now, we’ll define our game’s progression in 2 different scopes: Permanent-progression and Playthrough/Run-progression.

Permanent-progression will be done with passive abilities that the player can acquire with our game’s currency inside the HUB area, these abilities are meant to be some stat upgrade that will be built up over time with each dungeon completion, which will then increase the chances of getting to the final boss.

Run-progression is how the player power grows inside a run, this will be done via the XP/level system. For each level, we award the player the choice between 2-3 items that will then upgrade the player’s combat capabilities in a Binding of Isaac fashion.

The art, we are aiming for a science fiction look from the ‘90s with a mix of fantasy. After various iterations, ranging from semi-realistic to stylized overwatch visuals we landed on a very simplistic art, taking inspiration from games like Going Under and Endless Dungeon. As well as some inspiration from well-known cartoon shows. It is still in the very early stages of development! 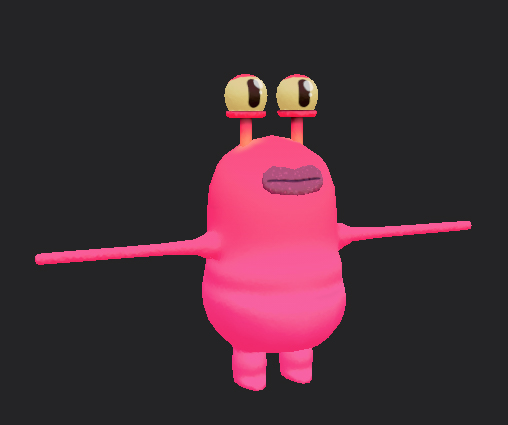 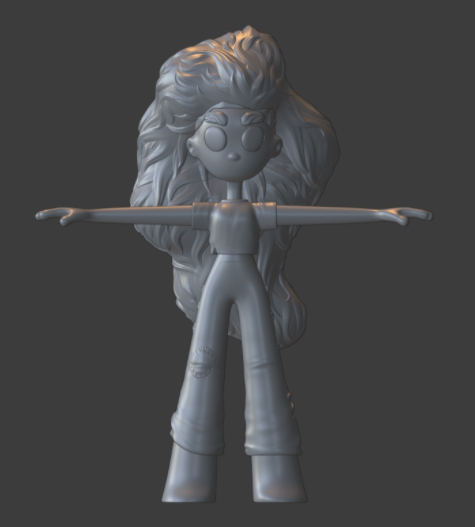 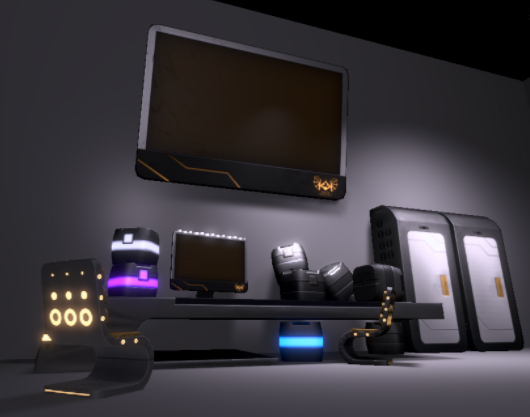 This first devlog was a little long, sorry for that, but if you made it this far, thank you for reading! Most of the topics we covered here will get their own devlog explaining them a bit better in the following weeks as well as showcasing how far we’ve made in each topic.