Hey everybody, just thought I'd give you all some updates to kick off this week. Progress has been coming along very nicely, and a new public build should be on the way soon (more on that later)

First off, we got some wicked box art that was made by the super talented Luciana Nascimento (check out her website @ Luciananascimento.com) 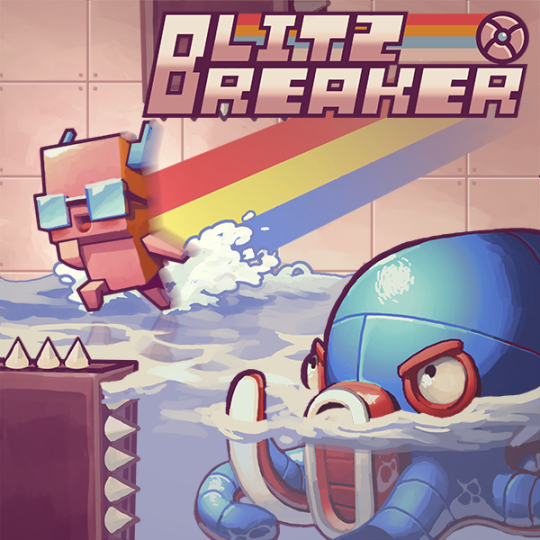 I know I've discussed new heads a bit before, so I figured it was time to show off the selection menu a bit. It's found right at the World Menu and is easy to navigate. You can also check out the first 7 heads.

There's gonna be lot's of heads to unlock when all is said and done (probably 30+) so you can look forward to quite a bit of variety, with some special guests, which brings me too.

Ever heard of Moonman? It's here on IndieDB, go check it out: Indiedb.com Ben Porter was kind enough to let Moonman make an appearance in Blitz Breaker, as a secret character (it's super secret, SHHHHH)

Lastly, there has been some decent progress on prepping the next PC build. This will include proper keyboard and gamepad controls. As a result you could see Blitz Breaker on some android based micro consoles (if they can handle this intense speed).

Hopefully the next build will be out in a week-ish, provided the initial testing goes well. It will be a downloadable this time, and I might remove the html build for the time being so as not to mush up the mobile + pc version.

And that's all I got for now. Have a great week everyone! Cheers!