It’s time for the second developer blog for Dyadic! For those of you that do not know, I’m Jack, Creative Director for Handsome Dragon Games, and these here blogs? They’re my turf. So now that we’ve cleared that up, let’s get on with it.

Hello again! Welcome back! It’s time for the second developer blog for Dyadic! For those of you that do not know, I’m Jack, Creative Director for Handsome Dragon Games, and these here blogs? They’re my turf. So now that we’ve cleared that up, let’s get on with it.

The last week has been an interesting one to say the least. Majority of the team more or less took the week off to participate in a local game jam called ‘Make A Thing’, so this week has primarily been me working on designing and implementing the levels. And I must say, with all these new mechanics and expanded concepts we’ve brought in, level design has become far more complicated than anticipated.

So, for example, on the biggest things we’ve been aiming to achieve with the levels and the overall design, is that the players both have the option to work together, or to work only for themselves. As such, one new design that we’ve brought in is split paths. The idea behind this decision was to create situations in which the players could work together and take an easier path through the level, likely at the cost of having to share this priceless relic that they’ve been fighting over. Then, in the same situations, they could decide to either totally screw over, or just generally ignore their partner, and take the solo path. Thus, we create a dynamic wherein the players do not have to rely on each other, but will get benefits if they do (and if they don’t). 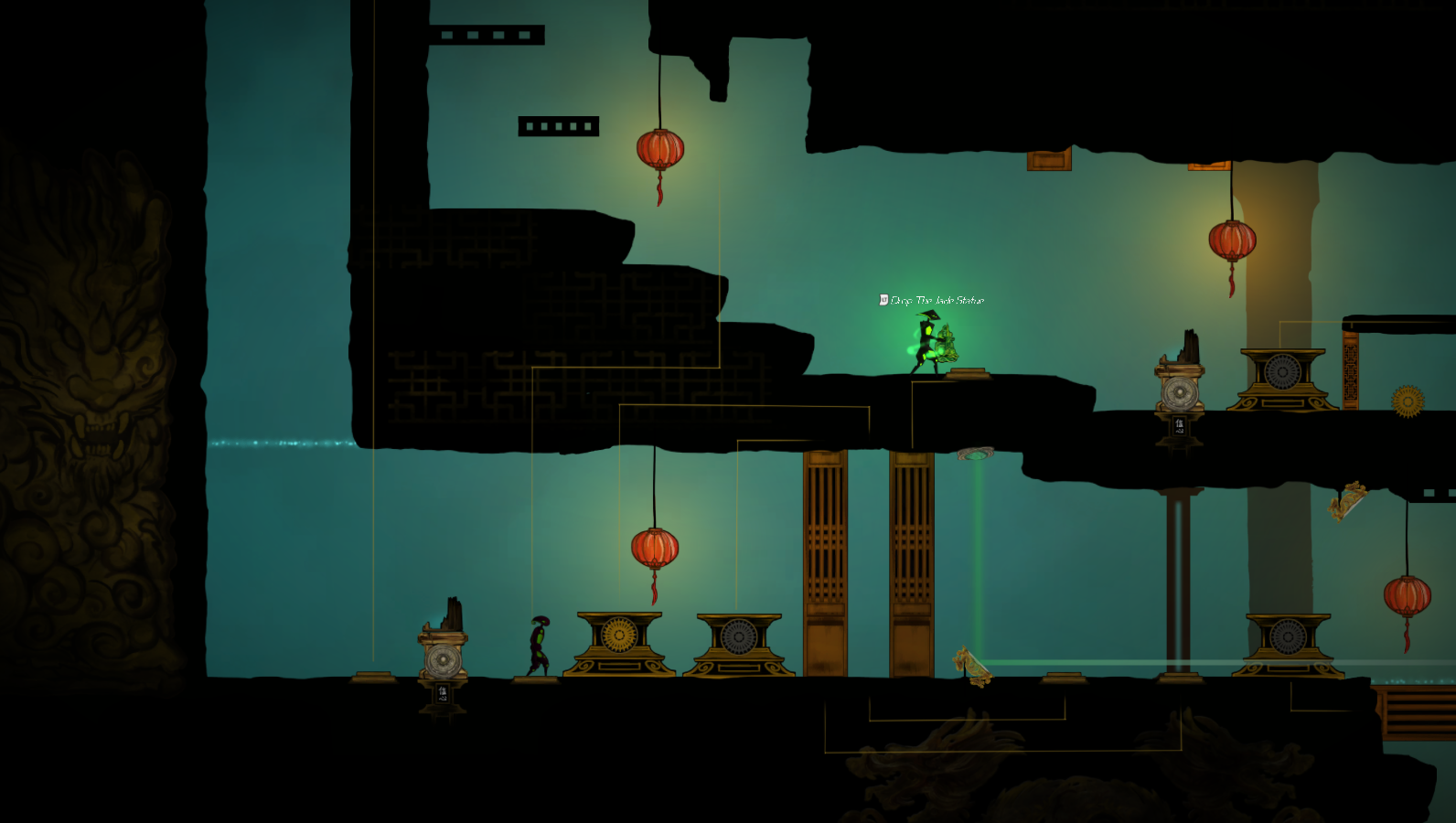 Our initial level’s direction with one path per player.

This then flows over into the challenge of level design itself. For a start, initially the levels were to be in two distinct sections, one path for each player. However, by offering at least two paths to each player, ideally for majority of the game as well, four paths total must be designed. And to make matters more complicated, on each side of the puzzle, one path must be able to be completed by a single person, whilst the other must require two. The latter is a simple matter, since that’s what I’ve already been doing up to now, I just keep doing that. The former however, is something else entirely.

Tutorial levels still make use of the two path system, to get their points across.

You see, these mechanics were all initially designed around the idea of having two players interact with them all, and that’s what made it as interesting as it was. Not having the entire puzzle on your side of the level meant you had to think about what you could, but also could not do. Taking these mechanics utilising them in a puzzle for one creates quite a difficult challenge. Primarily because you can activate everything. This means that I need to approach these puzzles in an entirely different way to create something that is still as interesting as the co-op route.

Now, one particular approach I’m going to look into is emergent puzzles. As it stands, the levels are primarily based around a ‘Simon Says’ structure, where there’s a fairly specific order things have to be done in, and it’s up to the player to figure out what that order is. Part of what made the initial use of the ‘Simon Says’ more interesting was, as I mentioned early, only having half the puzzle available to any given player. Emergent design, is different in that it’s about there being several ways to solve any given obstacle, and it’s up to the player to decide how they want to go about it. As you might guess, emergent design takes a lot more time and effort than ‘Simon Says’, but from it, more interesting results can emerge. I guess we’ll just have to wait and see how it all pans out.