Post news RSS Devlog #3 - Backhanding Your Friend in the Face

Over the last week, the game has been undergoing a rather serious metamorphosis. Production itself has had to be more-or-less suspended as we re-evaluate what we really want Dyadic to be, and how exactly we intend to make it that. Things have been added, things have been taken away, things have been changed. We’ve done whatever it takes to make sure this is the game it’s meant to be. Though the process we’ve gone through to get here has not been an easy one.

Would you look at that? It’s Friday again! That means it’s time for Dyadic’s developer blog number three! As always, I’m Jack, Creative Director for Handsome Dragon Games, and when it comes to developer blogs, I’m the one in charge around here. Got it? Good.

Over the last week, the game has been undergoing a rather serious metamorphosis. Production itself has had to be more-or-less suspended as we re-evaluate what we really want Dyadic to be, and how exactly we intend to make it that. Things have been added, things have been taken away, things have been changed. We’ve done whatever it takes to make sure this is the game it’s meant to be. Though the process we’ve gone through to get here has not been an easy one. 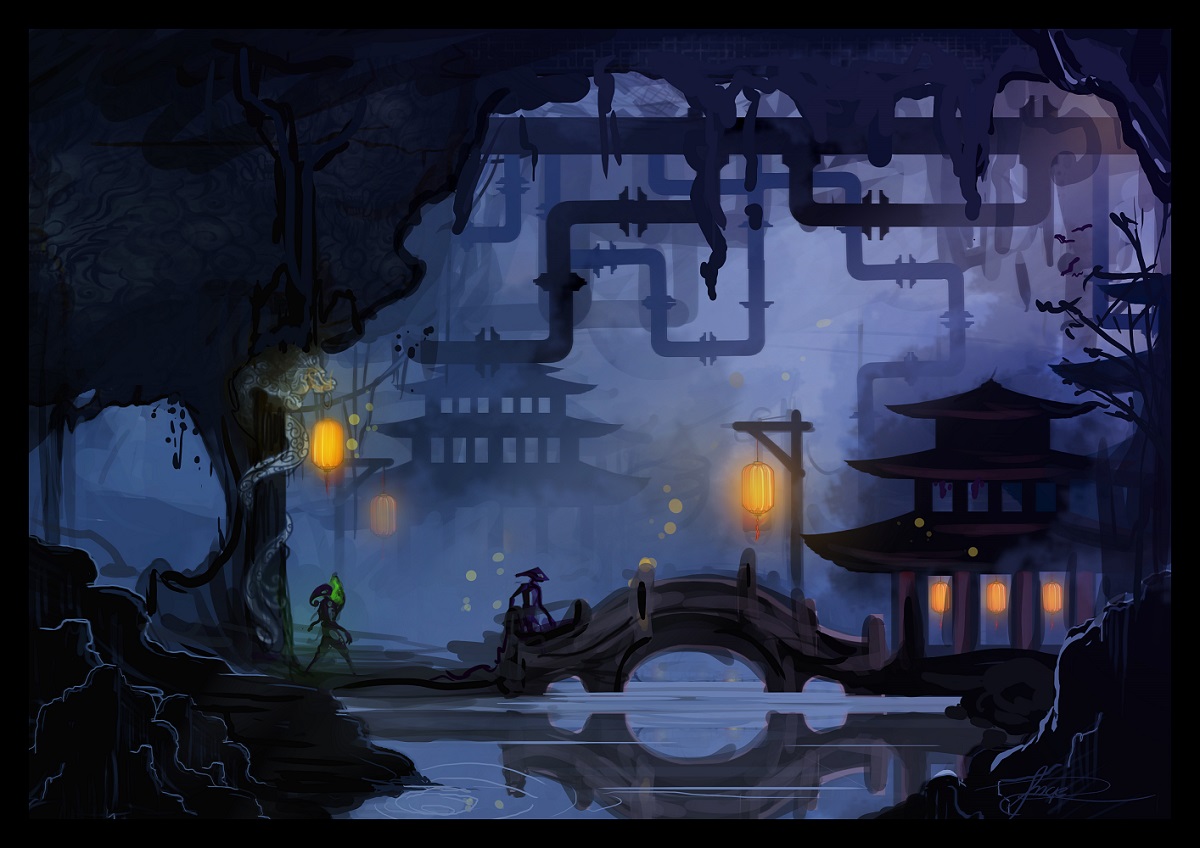 First and foremost, we had to decide on the kind of experience we wanted to create. We began with a general idea, we wanted a game where players have the option of co-operating and working together, or working purely for themselves and trying to disadvantage their ‘partner’ at every opportunity. Our initial design was aiming for this, and was going about it in a way that focussed heavily on coveting (I need that statue), bargaining (give me the statue and I’ll stop the trap), and betrayal (I’ll get you killed now so the statue is mine).

Now, coveting and betrayal are some pretty heavy things to try to facilitate in a couch co-op kind of game. After much discussion, we decided we wanted it to be much more playful, akin to Magicka, Battle Block Theatre, or the latest Super Mario 3D World. All of these games put players together in a co-operative campaign but give them ample opportunity to mess with each other. Magicka lets you attack friendly players with same spells you’d use on enemies (usually accidentally…at first anyway), Battle Block Theatre lets you offer your friend a helping hand, only to withdraw it at the last second and leave them falling to their death. And then there’s Super Mario 3D world.

Super Mario 3D is a game that lets you throw friends off the edge of the stage, collide with them mid-jump (possibly killing you both), or steal EVERY. SINGLE. POWER-UP. And then there’s the crown. A literal golden crown awarded to the player who earns the most points in each level, which can then be stolen from that player in every subsequent level. Wearing the crown at the end of a level awards a large sum of extra points, making it more likely for that player to earn the crown again for the next level, and making the crown even more valuable. Let me tell you, working so hard to earn that crown and then having it stolen from you within moments of starting a level? It’s the kind of thing that makes you want to backhand your friend in the face. With vigour.

So, what is it about these games that we want to achieve so much? They allow players to compete without having to put them in direct opposition (something we’d been trying to do). The players are still always working towards their co-operative end goal, but they have plenty of opportunities to screw each other over. And it’s not mandatory for them to disadvantage each other; they are perfectly capable of playing the game fully co-operatively. But I think we can all agree, it’s much more fun with a little bit of competition. And that’s why we want to make our game this way. So people can have fun playing together, but get that mischievous thrill of screwing over your friends.

And so, we come to the other important question, how do we intend to do it? Our current designs, which may very well change in the future, are to significantly increase the type and number of traps throughout the ruins, and to make none of them automatically activate. All activation is done by the other player. So it’s completely up to the other player is help you advance, and also to try and kill you. Depending on how they’re feeling. What’s more though, is that many traps will only activate once, so if you miss…it’s going to become very awkward. This means if you intend to mess with your partner, you’d best plan ahead and get your timing right.

But, that’s enough rambling for today. With any luck, we should have these designs locked down exactly sometime next week and can get right back into the swing of things. The game’s going in a somewhat different direction from where it started, but I think we’re really onto something here. As to whether or not my thinking is correct…only time will tell. Time and ridiculous amount of playtesting.