Hello! Been busy due to graduation and other life stuff, but I'm back. Himig got accepted as a part of Indie Fiesta and will have a booth at ESGS this October, so I've been preparing a short demo for that. ヽ(・∀・)ﾉ 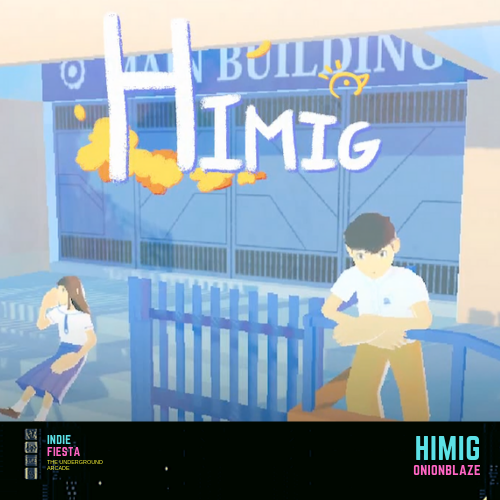 I've been posting devlogs for the past few months over at Patreon​. A short version of what happened so far is that I've done art tests, gathered references for a few locations, and did some base code for movement, interaction, and dialogues. There's a few more details in the Patreon page, so feel free to check those out.

For recent happenings, I updated the main shader to support face/mouth expressions. It can either use a separate spritesheet or the same main texture (to save space), and picks a region for the wanted expression. I'll probably write more about this once it's closer to its final form, since it's still missing a few things. Good enough for a demo though.

(These demo locations feel big but they're still 1/4th their final size..)

I made whiteboxes of 6 locations that I wanted to make for the short demo. Took longer than expected (..as expected), but they can actually be used in the final game anyway, so it's fine (unlike the previous location test model). They have collisions now too so you can roam around through them. You can even enter the school in the trailer (to be greeted with.. well, more whiteboxes)! Feels good when you see them all connected. Thank you past me for making them easy to connect. Now to make the rest of the details!

(Bigger version of the test location model that I did before. So many boxes)

That's all for now. I have around 2 weeks to do a lot of things before the event, so I'll be back after that. Thank you for reading! See you next time. ヽ(・∀・)ﾉ