A huge milestone for Zarnok Fortress, the Alpha has gone live to Backers! Take a peek at Alpha game-play and learn a bit about the inspirations for the game.

Zarnok Fortress is an open-ended game, so it's development has been a combination of horizontal layer and vertical slice development. The big milestone crossed for this Alpha release is all the levels being designed, but the obstacles that were built to go into those levels were built long ago. 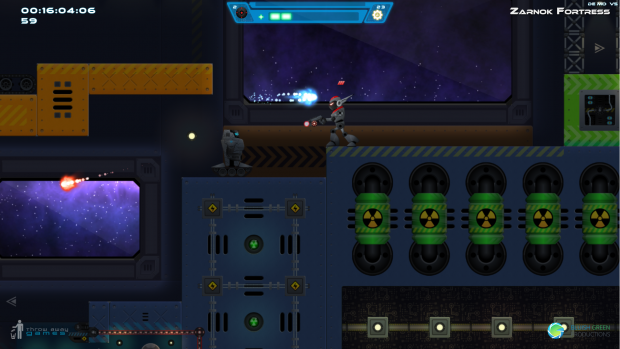 The Fighter has been in the game for a while, even if it's still being tweaked

We worked hard on developing the "Vertical Slice" that was to be the Demo, making sure it was polished to reflect what the finished game would look like. I kicked off the training wheels to see how the game ran at 1080p and was happy to see that the framerate was unaffected: 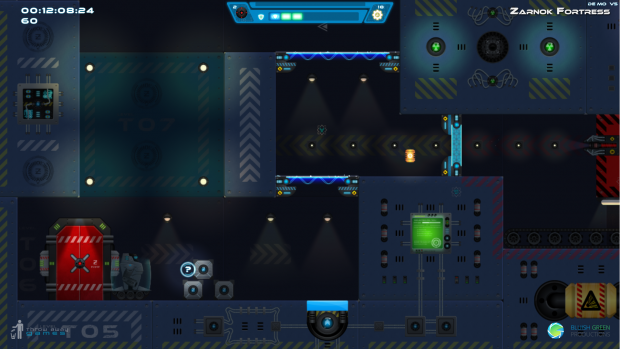 Perhaps not everyone will be running the game at 1080p but my 4 year old laptop can run it, so don't rule it out as a possibility! You can also reduce the game to 1280p and disable the lighting system for lower-end machines. 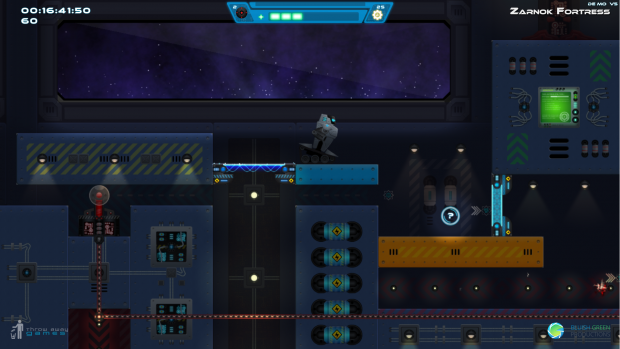 Pulling the view out to this size obviously helps to see more of the level at once, making it easier to solve certain puzzles. Don't worry though; everything has been built with the 1280p viewport in mind, ensuring an optimal play experience no matter what.

The Alpha is a lot less shiny, but hopefully the design of the levels will shine through. To take a look at some Alpha game-play and listen to me talk about the sources of Inspiration for Robo's World: The Zarnok Fortress, check out this video:

While the Alpha is reserved for Kickstarter Backers, you can try the Demo out for yourself right now! You can grab Demo V5 from our website, robosworld.com or from Itch.io. Available for Windows, Mac, and Linux! Don't forget to vote for Robo's World: The Zarnok Fortress on Steam Greenlight!

We're working hard to make the game feature-complete now, even if the Beta still lacks some decoration, it will be a pretty similar play experience to what the final game will be. Follow us on IndieDB to stay in the loop and follow me on Twitter for more frequent updates!

Next Update: The Digital Environment