Demo V4 brings some big changes but none larger than brand new difficulty choices, none more difficult that Hardcore! Challenge yourself to get through the entire game with only 1 HP!

At the top of the week we launched Demo V4 of Zarnok Fortress with the big change being brand new Difficulty Settings: 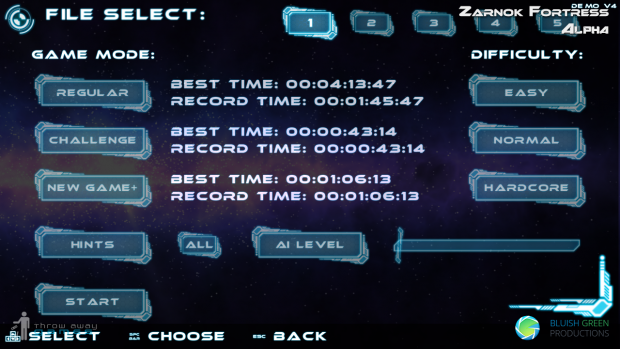 Plus the File Select, that's new too!

You can grab Demo V4 from our website, robosworld.com or from Itch.io. Available for Windows, Mac, and Linux! Don't forget to vote for Robo's World: The Zarnok Fortress on Steam Greenlight!

Here's a full overview of the differences between the difficulty settings:

This difficulty option is intended for new players or younger players. Robo has a full 8 health and every item pickup in the game is doubled. Enemy AI still increases, but it does so at the lowest rate of all difficulties. Easy difficulty also features a lot of extra hints where it was observed that players got stuck the most often. 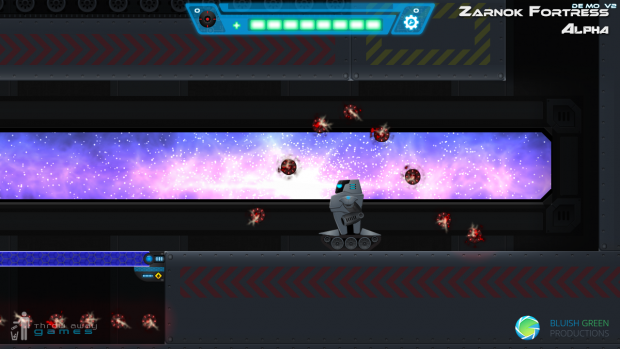 Easy allots you 8 Health, enough to take any hit without dying

This difficulty is intended for players on their second play-through or gamers familiar with the Action-Platforming genre. Robo has a reduced 4 health and item drops alternate between single and double as dictated by the level design. Enemies gain intelligence a little faster, and all Hints are removed, keeping only the Prompts that teach you the controls of the game. 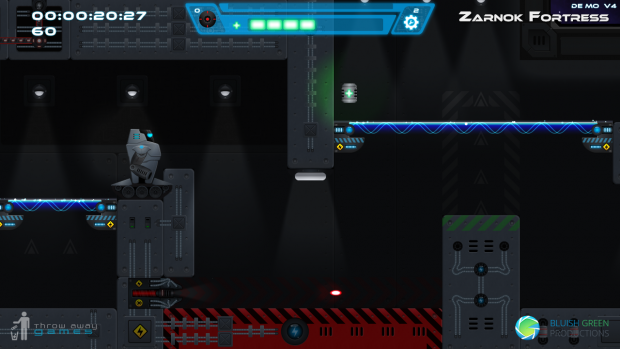 4 Health and no Hints!

For veteran players, Hardcore reduces Robo's health down to 1 point. All Health, Shield, and Grenade Pickups are removed from the game. You can still collect Spare Parts and use them to craft a single extra Shield Point, meaning you can take a maximum of 2 hits. Enemies gain intelligence at the fastest rate and all Prompts are removed. Hope you've memorized the controls! 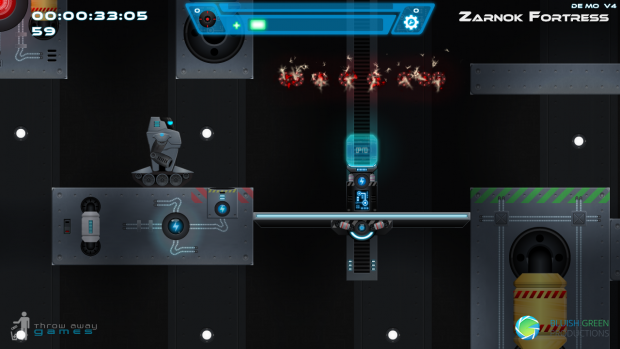 There's a little more subtlety to each game mode, but from the player's perspective these are the most apparent differences. Hardcore players take note, the core game and the Challenge Mode are both designed to get through without taking damage, here's a video I recorded proving it's possible:

As more features are prepared for the final game they'll make their way into the demo. Next week, look out for a little extra info on V4, and perhaps the first glimpse at V5! Follow us on IndieDB to stay in the loop and follow me on Twitter for more frequent updates!

Next Update: The Chromatic Demo V5