Now that Glitchbuster has been approved on Steam, it is time to start polishing it, and look for testers.

Just before Valve decided to shut Greenlight down, Glitchbuster was approved and now has its own store page.

I am also looking for testers. All it requires is to have a web browser and want to spend a few minutes to try it and then tell me what they like or dislike.

Getting a page on the Steam Store is a lot of work. But here it is, Glitchbuster has its own page on Steam.

Deciding about the price took a lot of thought. While I want to set a fair price for the year of work behind the game and aim for make a game that is worth a decent amount of money, I don't want players to think that it is overpriced. My goal is not to earn a lot of money, so I can afford setting a low price. I would rather not make a lot of money and have more players, as well as not disappointing them.

Anyway, the price I have decided is $5. Hopefully players will think it's fair.

The old menu was pretty basic, and I was never too happy with it. This is the new version: 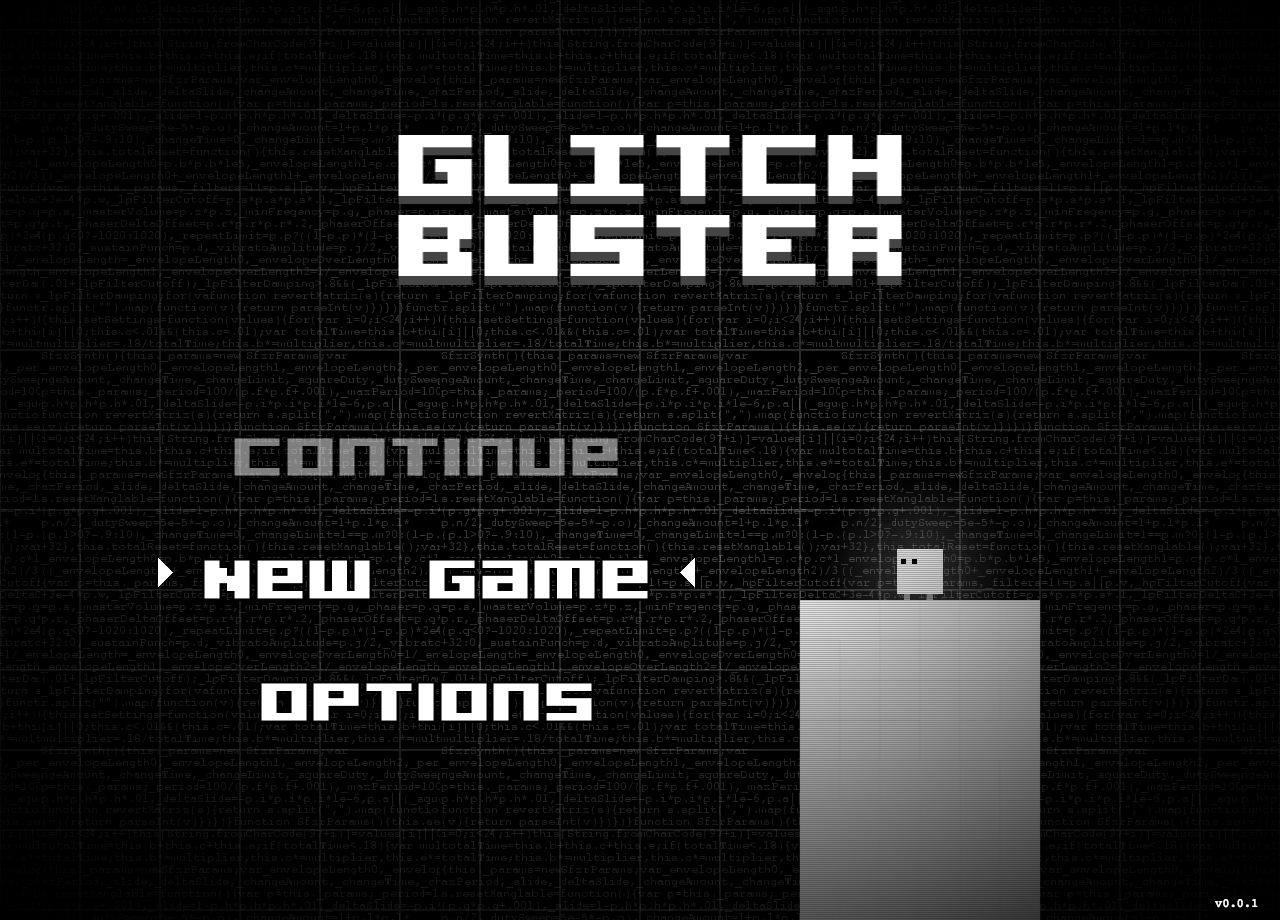 Being able to add glitches in the game feels much better than fixing them. So here is one that I added just yesterday:

For those interested in how it works, I simply cast a few rays around the player. If a ray hits an obstacle, then the player should not be able to see further. I can then draw a shape based on all these rays to hide the world.

Below is a short video showing the raycasting in action.

For a while, powers and glitches were a little too separate, which made it tedious to add glitches that have the same features as powers. An afternoon of refactoring made it much easier to add new glitches that give powers to enemies.

Here is a quick video of what it looks like when enemies have flamethrowers, jetpacks, and can teleport:

This also showcases how different sets of glitches make every level unique. Beating one level is very different from beating another, because of its structure and the way glitches affect the gameplay, which makes it crucial to pick the right power for the right level.

Since the game's core features are pretty much done, I am now pretty much just polishing it, tweaking gameplay features, but also cutting everything that I consider unfit for the final game. In order to keep track of everything I need to do, I have decided to create a Trello board that you can find here.

See you all for the next update!