We are currently working on a new quest system for Myriads: Renaissance. The quests will be divided into 2 categories: main and tutorial related...

Posted by SleepingEightStudio on Sep 30th, 2021 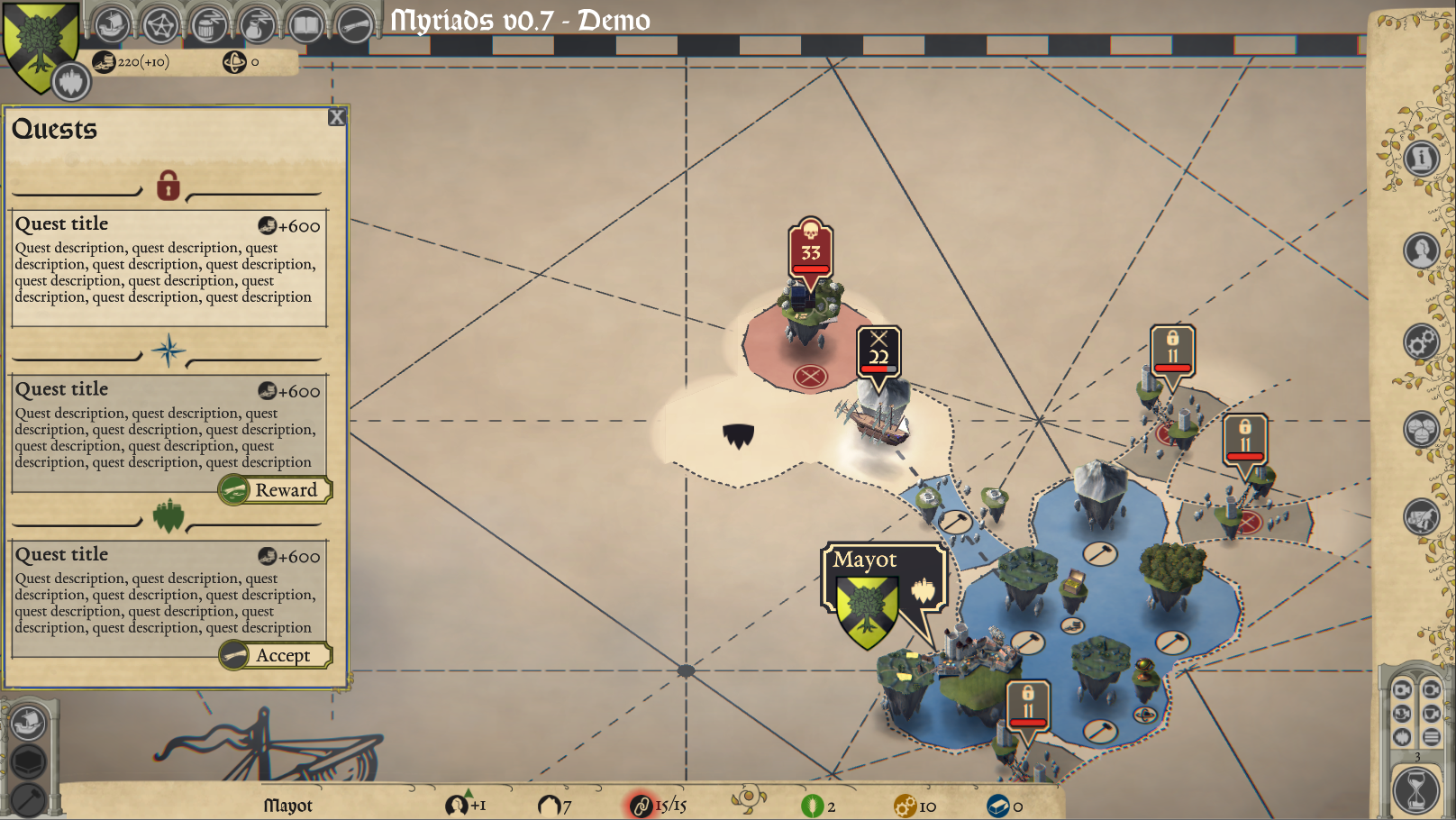 We are currently working on a new quest system for Myriads: Renaissance. The quests will be divided into 2 categories: main and tutorial related.

The main quests will mostly be related to the enemy’s waves and the endgame. They won’t be available in the demo as it only covers the early game in which these quests are not relevant.

The tutorial related quests will help the player going through the game, especially helping him to settle and understand the game mechanics. Indeed some people pointed out that, in the current demo, it feels like the tutorial pages pop out oftenly at the wrong time, either too early or too late with respect to the time the player actually needs them. Adding such kinds of quests, we make sure the player’s mind is focused on the point we are explaining when the tutorial pops out.

As our game is divided into 2 parts, the city-builder and the worldmap, and these 2 parts are supposed to be played in parallel, the tutorial quests will be divided in the same way. There will never be 2 quests of the same type available at the same time to avoid the player’s mind to lose focus. Hence, at any time, there will always be, at best, 3 quests ongoing for the player: main, city-builder related and worldmap related.

If you did not try it yet, we published a DEMO on IndieDB and other platforms. It covers the early game and is limited to 80 turns which represent about 2 hours of gameplay.

Any feedback is welcome, don’t hesitate to leave a comment.

And if you liked the demo, please wishlist our game on steam!