Welcome to Build Update! This update include the new build mode, the build menu with 5 categories and 11 blueprints, Inventory improvements and some fixes.

Welcome to the Build alpha Update! With this update the bases of the building system are established, which means that a lots of new blueprints will be added in the future to create the most expansive list of build parts / bluerints ever existed in a sandbox.
This update video is based exclusively in the build mode and how it works. Here you have a little tutorial:

You can now build any structure you want, anywhere. For now, the build mode don't use resources to build, just for test purposes.

In-game, pressing Tab key will activate the build mode. In this mode you can edit and remove old blueprints or builds just by looking at them and stay properly close. In build mode, you can press B to open the Build Menu, which contains (for now) 5 categories of different type of blueprints. Every category will have a lot of different shape and material blueprints for you to choose. To build, just select the blueprint you want, and place it in the world. Blueprints can be attached to any collider, and are designed to be attached to other blueprints perfectly to avoid weird structures.

There are some keyboard shortcuts to avoid repetitive movements, like placing the same blueprint used before (F), deleting last placed blueprint (Ctrl+Z) and deselecting the actual blueprint (Del).
Some uses of the new build mode. You can see more images here. 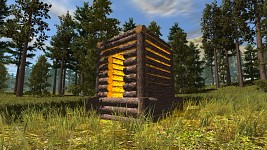 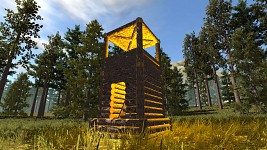 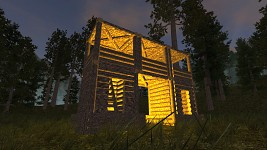 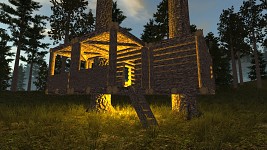 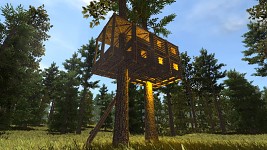 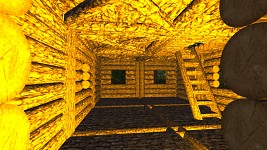 With the new build mode, greater number of resources are required. To avoid collapsing the player inventory with limits like the 10 max logs for stack, all resources now have a bigger number of stack before fill another inventory slot. Logs now stack to 100, Stones to 100, and barks to 50.

New Supporters are now on the credits, and a huge thanks to all Islanded Backers and Supporters!

Man I want to download this game cade the link to download sample want to play very socorrooooo !!!!!