2014 has been a pretty chaotic year for the team at Meteor Pixel. Despite trying our best to keep you all regularly updated, real life has a habit of taking over and making it difficult to invest as much time as we would have liked.

2014 has been a pretty chaotic year for the team at Meteor Pixel. Despite trying our best to keep you all regularly updated, real life has a habit of taking over and making it difficult to invest as much time as we would have liked.

But for every cloud, there's a silver lining…

After over 2 years of developing the game during our collective evenings and weekends, we’re delighted to announce that as of February, some of us are going to start working on the game FULL TIME! We’re pretty darn excited about this news, as it’ll allow us to really drive the development of the game forward and, ultimately, finish it that much quicker. 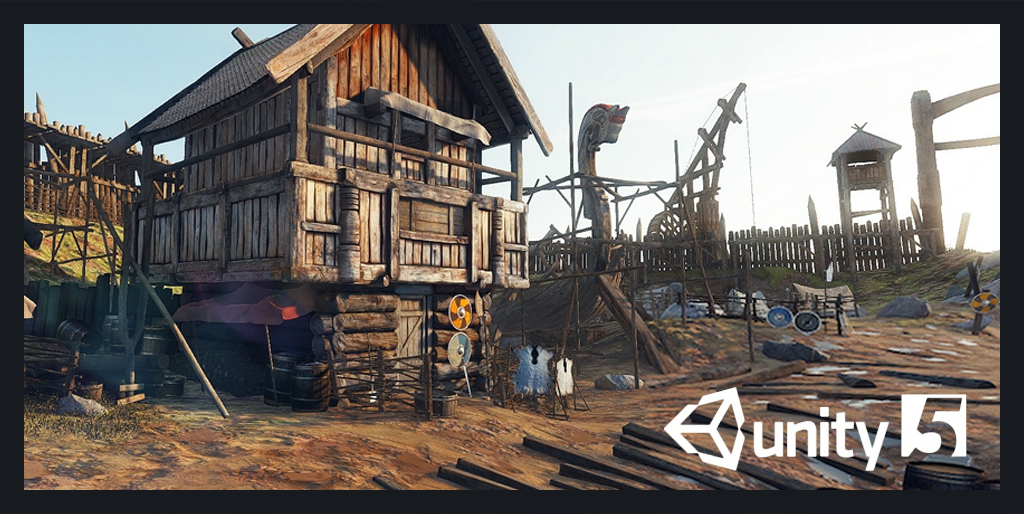 [Note: not a screenshot from Bushido, but rather an in-engine shot of the new Unity5 shaders and GI tools. Looks tasty...]

After much deliberation, we’ve also made the decision to start developing the game using the Unity 5 beta. Now for most of you, this won’t mean a great deal. But for us, it represents a real leap in what Unity can offer us a game engine (not just from a visual point of view, but there will also be some efficiency gains via the 64-bit editor, PhysX 3.3 and the new level-steaming capabilities).

Having learnt from prior mistakes, we’re going to try and be a bit more realistic over how we keep you updated going forward. We’re relatively active on Facebook and Twitter, so those are always the best way to keep up to date with the latest news and activity on the project. That said, when we do finally migrate to working on the game full-time, we’ll be in a much better position to spend the time creating new content to share with you all.

So thanks for your patience and for remaining loyal fans of the project even during this relatively ‘quiet’ period of development. 2015 is shaping up to look like a pretty awesome year for Bushido, and we’re glad that you’re all along for the journey.

Anyway will the game itself be 64 bit? Or just 32 bit. Or both???? Another thing I'm wondering is how many players max will the game be designed for on a server. I know you were sorta inspired a lot by chivalry medieval warfare this game originally being a WIP mod for it and chivalry can actually cope fine with 64 players. As long as the game mode isn't team objective. Otherwise the server ***** itself because unreal kismet simply eats servers. The expansion for it deadliest warrior was actually designed for 64 players. Though all 6 64 slot deadliest warrior servers are all in Australia. Though runs perfectly fine with that many.

So 32 or 64? If its undecided what are you leaning towards. In chivalry 64 player last team standing is simply glorious. And hilarious when you have 64 players on the tiny duel maps lol as they made LTS versions of those designed for 8 players.

Yes Unreal Kismet is to blame. Or has to be...right?!
The problem is neither this game, nor Chivalry use Kismet scripting. This is Unity Engine 5 with glorious realtime HDR lighting and some of the bugs that come with it. Whatever netcode they may use has not been made public.

Lolwut? Chivalry uses kismet. Chivalry team objective can't do 64 players because of kismet. Look at the kismet for a chivalry TO map lol its like someone let a bomb off in a string factory.

But chivalry can do 64 players in other game modes.

And that's why I'm asking can Bushido support 64 players with the unity 5 engine.

Hi Lemonater47! Actually this is something we're still testing, although I doubt we'll be able to support anywhere near 64. The reason for this is that there's going to be a lot of 'traffic' going back and forth from the server and a users local machine (e.g. to work out the position of the sword, the player, enemies, etc...). As such I think we'll probably cap at 24 players as a maximum, but don't take my work on it yet!

Torn banner thought more than 32 players would of been impossible for similar reason. During development they didn't even think 32 players was gonna happen. But it did. Then 64 players worked fine with a good enough server tuned to the right tickrate. Late last year torn banner wondered how many players they could actually get on a server. They raised the cap to 128. They hit 87 players working pretty well most below 100 ping.

And as you know its all real time swings and everything. Though everything is clientside.

Sweet! Super excited about this project!!! And I hope to contribute, and on that subject I have one quick question. When is your Kickstarter? I couldn't find a date for it...

Thanks for the feedback Grandmaster96! We've pushed the Kickstarter date back a bit because we want to have an actual playable demo ready, not just a series of pre-rendered/pre-animated sequences. We're thinking June'ish?

Sweet! glad i haven't missed it!

Will you have backing via PayPal aswell? In Germany Kickstarter is without Credit Card not possible :o

Dont you ever think I left you Good Sirs !
Im here always watching you, and waiting in silent.
Thats good to hear(well.. read) news from you ^^
I wish you all Best of Luck on project and your stuff other than project.