New theme 'Cave', Story and Quest System. This is third Dev Log of Under the Farm.

Posted by AppetizerGames on Jul 1st, 2017

We are here to show you 14th week works !
Dev-works on 14th week are as follows.

I showed you a draft image about new theme last week.
This week, we made the actual models and applied them.

The theme should go well with the story, and
since the map must be generated at random,
modeling and other works took some time.

There are still a lot of pitfalls and shortages.
We are expecting more feedback from you :)

Base work for narrative

Did you read the plot of the game that
appeared on the loading screen?

We are shaping the story a little more
and organizing the whole flow.
In addition, by giving the character and role of each NPC,
we are working on creating the main/sub quests. 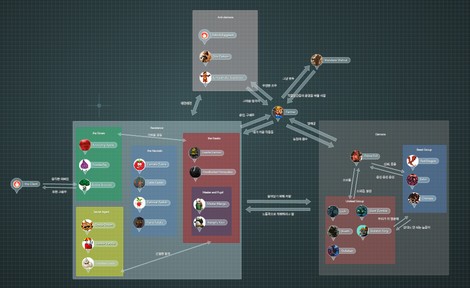 Systematically, we are working on Dialogue and Quest System.
To make it easier to insert and control Dialogue content,
we made NPC texts to be read from external files.

As soon as possible,
we will try to make you enjoy various stories in the game.
You would also find out who this Pikachu(....) is.
(That you've met every time when game over.)

We were trying to upload a limited Network Co-op playable version as "14th-week-build".
But network development was not as easy as it sounds.
It is getting good, but it will take more time.

The work progress is similar to schedule!
There are couple of tasks that are scheduled to be closed next
week, so we are working hard to keep the overall schedule going.

This week, AlphaBetaGames published an review about UtF. (link)
And thanks to your interest,
the rank of the indieDB went up to 14th place !!

The more people interested in UtF,
the more we will accept feedback and make it a better game.
Thank you very much for your feedback.
Please send us any feedback!

We also appreciate @Largedosage for posting a review of our game on YouTube.
It was more meaningful because it was the first review video.
All of team members enjoyed it together !!